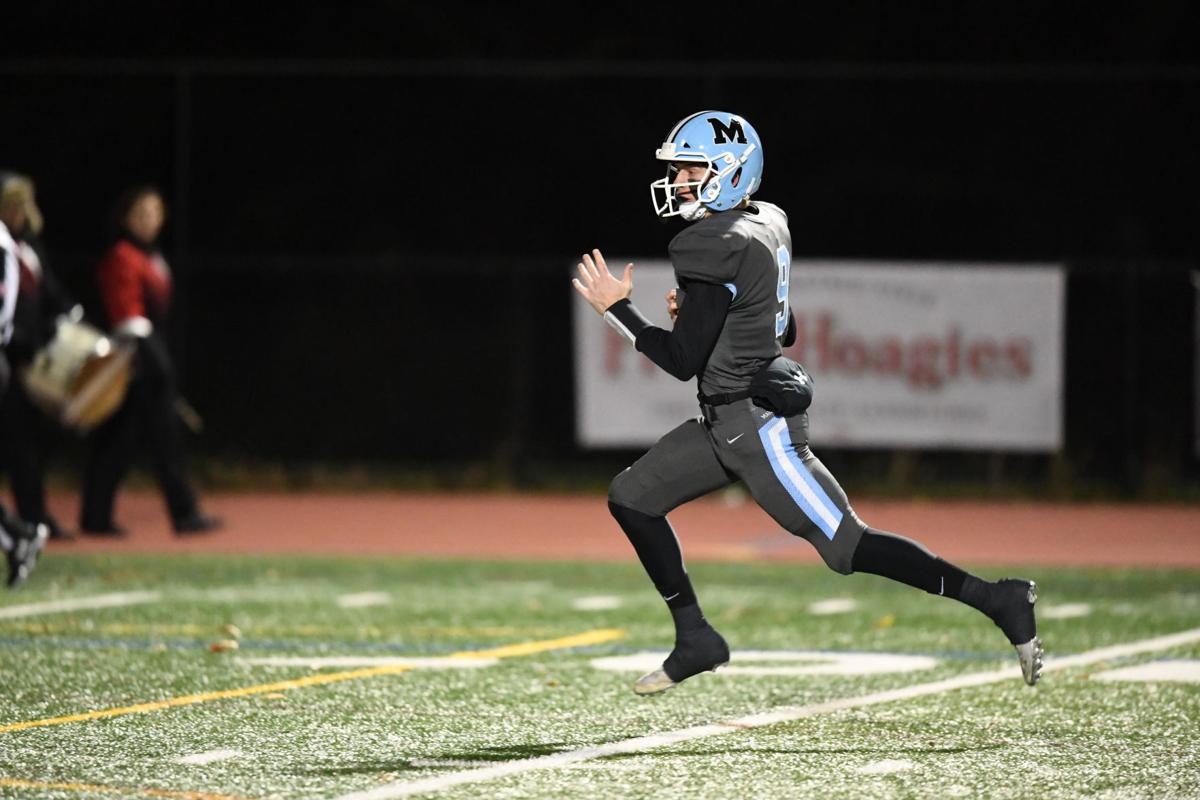 Prior to joining the Virginia baseball program, Kyle Teel was a multi-sport star at Mahwah High School in New Jersey. He was the starting quarterback for the football team. 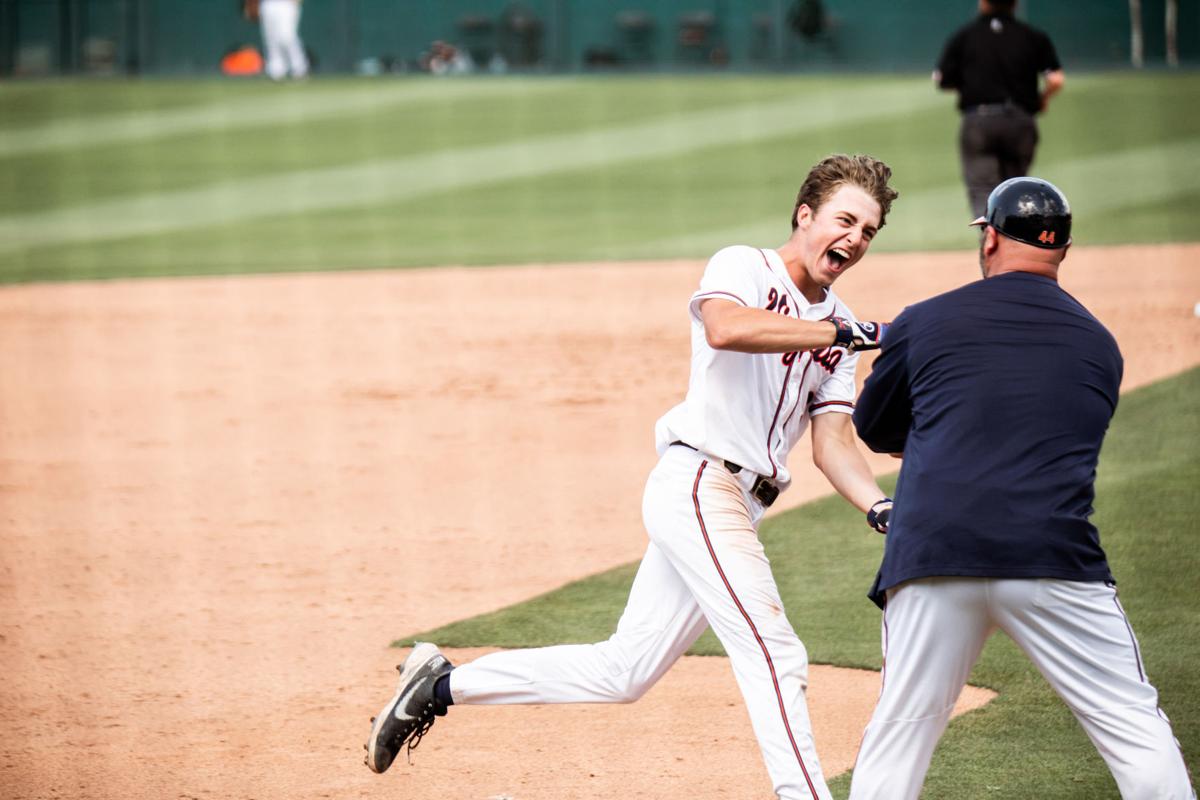 Virginia’s Kyle Teel, here celebrating his go-ahead grand slam against Dallas Baptist in an NCAA super regional, could be among the college athletes who benefit from name, image and likeness compensation.

Chris Diaz didn’t know if his starting quarterback would play in the first round of the 2019 New Jersey state playoffs. Kyle Teel, his talented signal-caller, was battling the flu.

Prior to the game, it didn’t look promising.

“We’re a little nervous and he shows up to the game,” Diaz, the head football coach at Mahwah High School, said. “He doesn’t look good at all.”

Teel opted to suit up and play, despite feeling sick. It was his senior season, and he wanted to be there for his team.

On the first play of the game, he ran 54 yards for a touchdown. On the team’s next offensive play, Teel sprinted 86 yards for another rushing touchdown.

“I just remember walking back to the sidelines feeling horrible,” Teel said. “It was 20 degrees out with 10 mph winds, and I just felt horrible. But, I mean, we ended up winning the game, and it was all worth it.”

Teel, now a budding star for Virginia baseball, led his team to a 37-14 win over Westwood High School in the fall of 2019. Despite feeling under the weather, Teel rushed for 248 yards on 26 carries, scoring five touchdowns on the ground.

The performance came as no surprise to Diaz. Neither was Teel’s go-ahead grand slam Monday afternoon to propel UVA into the College World Series for the first time since 2015.

“The bigger the game, the better he played,” Diaz said. “He was clutch in high school; he’s clutch right now.”

At UVA, Teel has been stellar. He’s currently the only Cavalier batting over .300 (he’s hitting .320) and he’s tied with Zack Gelof for the team lead with nine home runs, despite 10 fewer starts. Teel’s 40 RBIs are second on the team, and his .518 slugging percentage leads the Wahoos.

Teel came up huge in the team’s regional- and super regional-clinching wins. He recorded an outfield assist in a 4-3 win over Old Dominion, keeping the deficit at 3-2 in the eighth inning by throwing a runner out at home. In Monday’s super regional victory, his go-ahead grand slam with two outs in the bottom of the seventh helped extend UVA’s season.

“You will crumble at times when pressure’s on if you’re afraid,” head coach Brian O’Connor said. “He’s not afraid.”

Before Teel, a freshman, came to Virginia and became a key piece of the team’s lineup, he was a high school baseball star with MLB interest.

In the fall, when baseball wasn’t taking up as much of his time, Teel played football for fun.

It wasn’t something he practiced during the summer or really at all outside of team practices, but he loved the competition and contact. It offered a 10-game season, much shorter than baseball’s, which placed a higher emphasis on winning each week.

“To me, there’s nothing like waking up Saturday morning sore and really tired after a big game, after a win,” Teel said.

Teel comes from an athletic background, with his father Garett having played baseball professionally. There’s also a football connection. Teel’s second cousin, Mike, was drafted into the NFL and was a standout quarterback at Rutgers from 2004-08.

While football never became more than a competitive fall hobby for Kyle, his baseball talents have blossomed, much to UVA’s delight.

At a Teel family gathering a couple weeks ago, they spent some time looking through old photographs, including finding one in which Kyle is about 12 years old.

While Kyle’s fun-loving attitude didn’t fade in the years since, the former high school quarterback is anything but a kid on the athletic field.

With so many more homers at The Diamond, it's as if fences are closer, and they are

Homers are way up after distances to fences in The Diamond's power alleys were reduced.

Prior to joining the Virginia baseball program, Kyle Teel was a multi-sport star at Mahwah High School in New Jersey. He was the starting quarterback for the football team.

Virginia’s Kyle Teel, here celebrating his go-ahead grand slam against Dallas Baptist in an NCAA super regional, could be among the college athletes who benefit from name, image and likeness compensation. 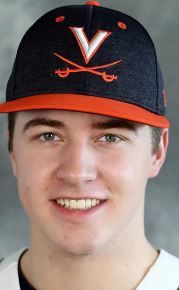