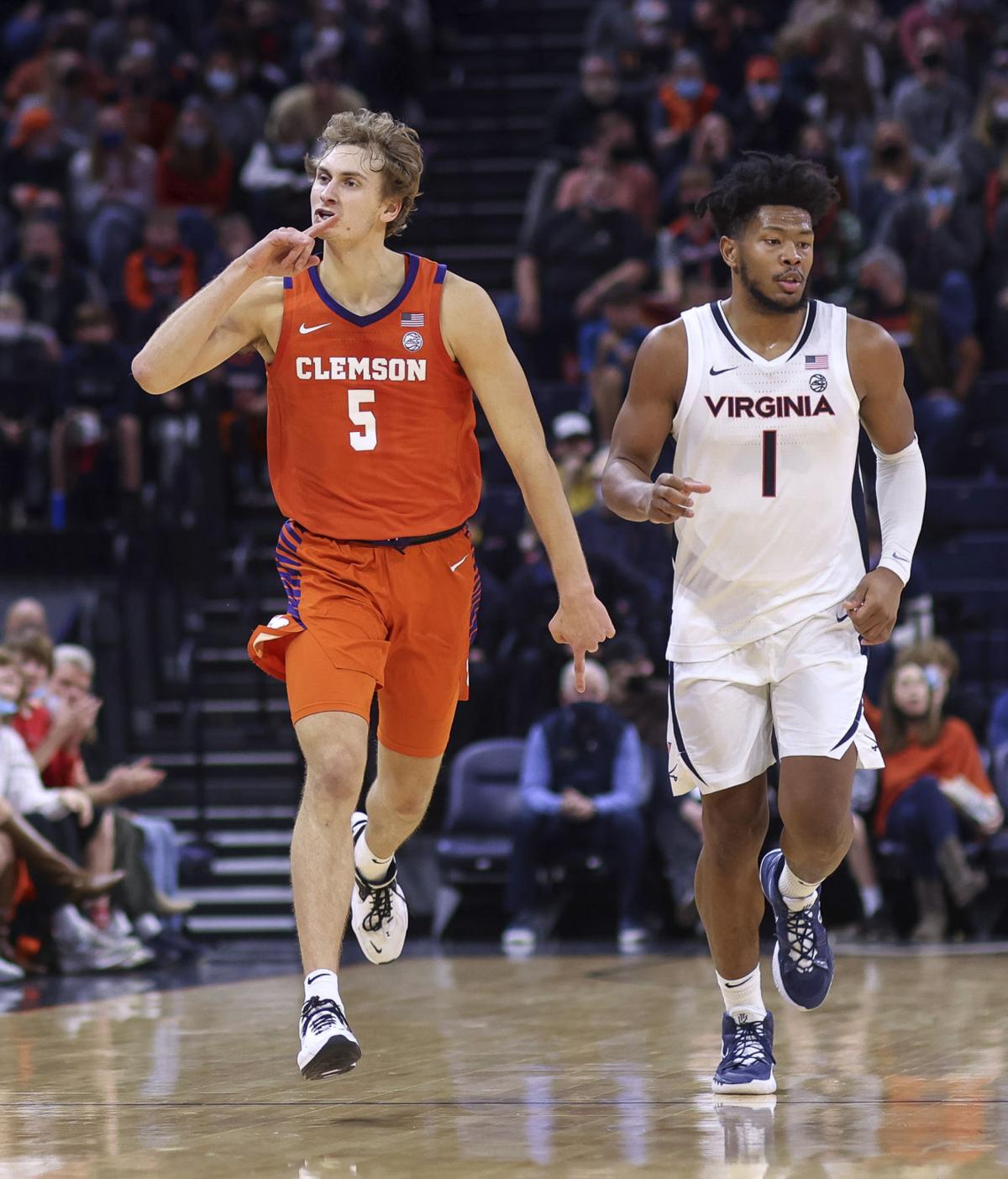 Clemson’s Hunter Tyson celebrated a basket next to Virginia’s Jayden Gardner in the Tigers’ 67-50 victory last month in Charlottesville. Tyson led the Tigers with 17 points. 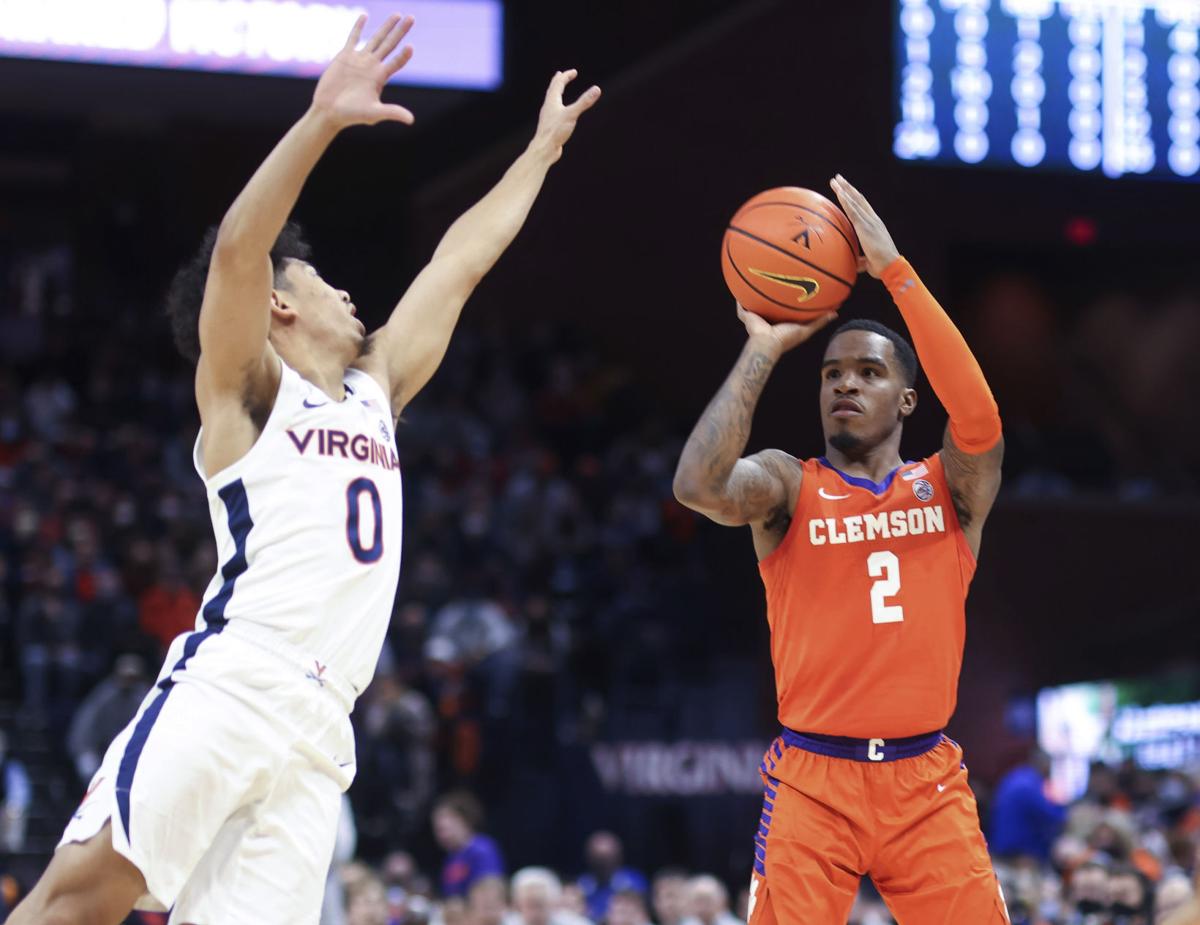 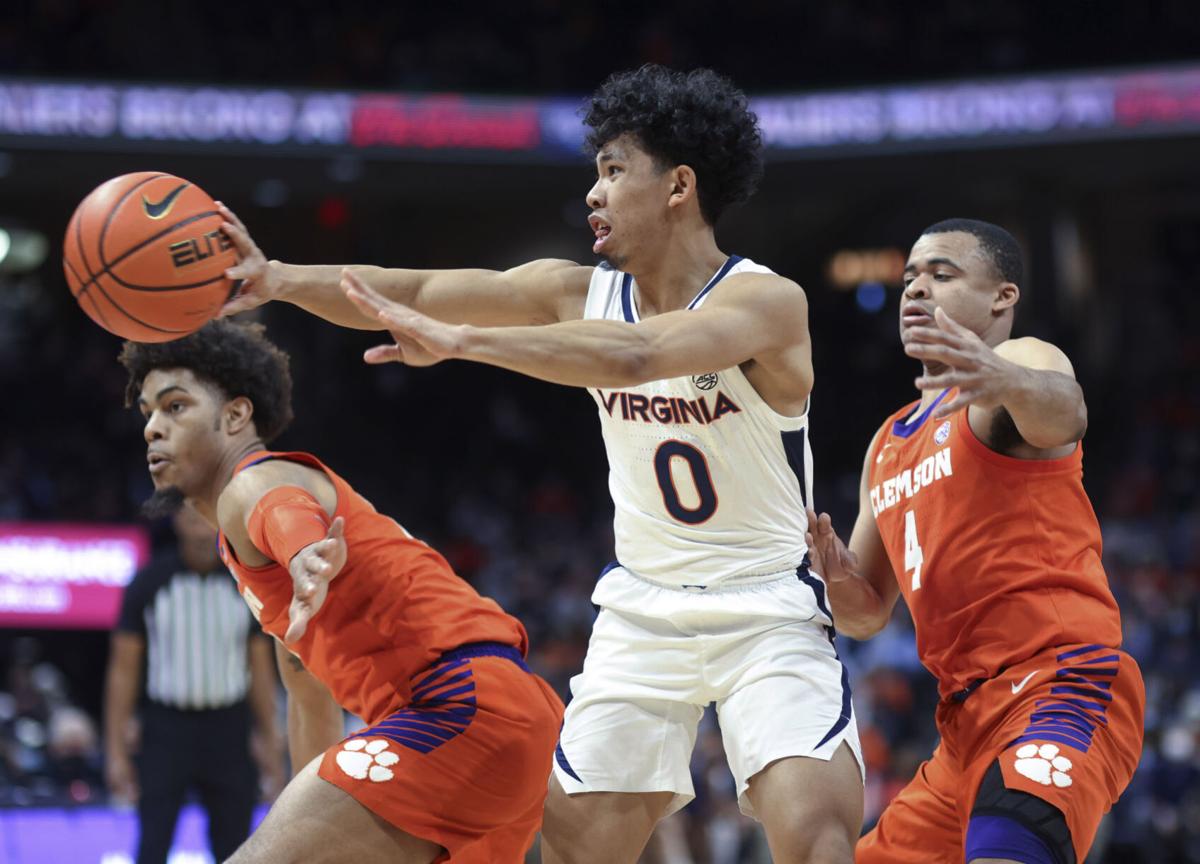 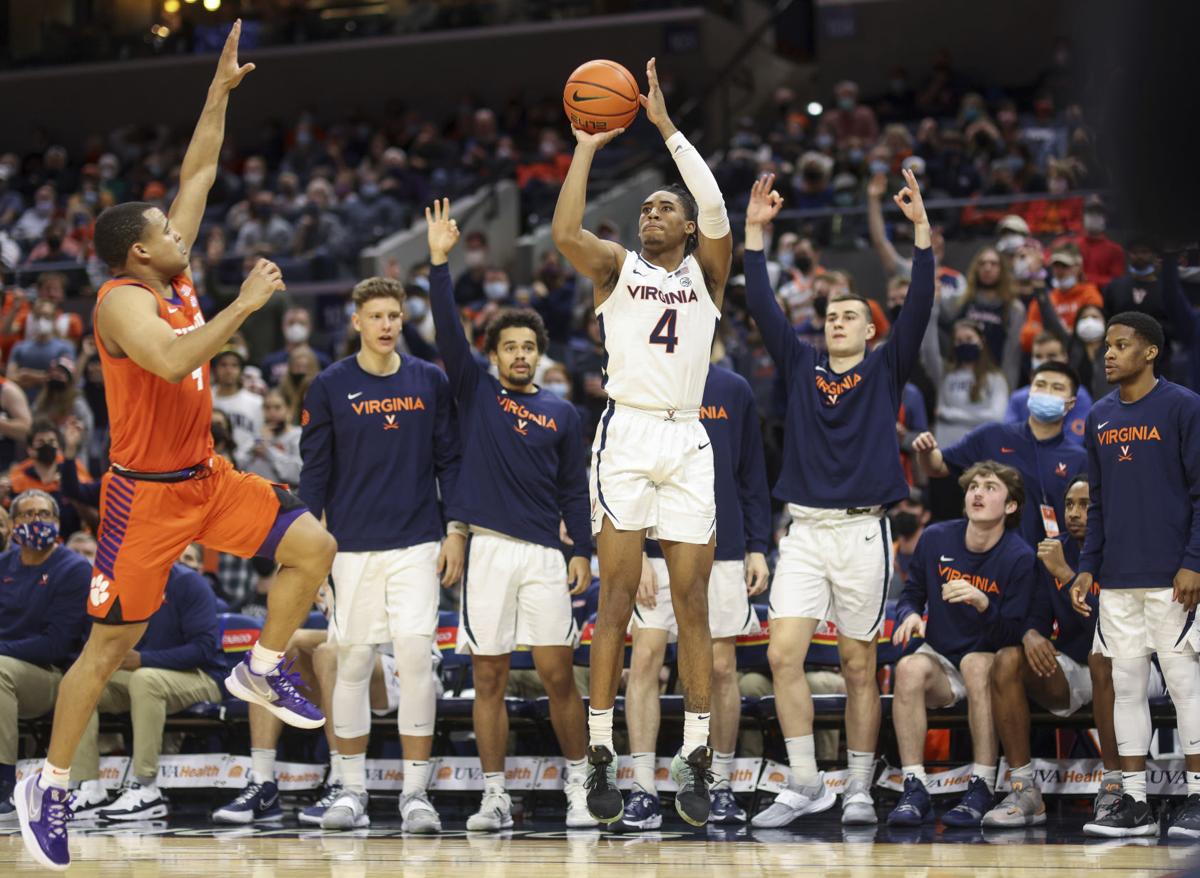 Since that game, UVA bounced back with an impressive road win at Syracuse while the Tigers have been idle, their only scheduled game wiped out because of COVID-19 issues at Duke.

The challenge for Virginia on Tuesday night at Clemson is to keep going. The task for Clemson will be, essentially, to restart.

Virginia didn’t play again until New Year’s Day, when it bounced back with a 74-69 road win at Syracuse. It shot 43.3% and trimmed its turnover total to nine, albeit against one of the ACC’s worst defenses this season. UVA also got 11 points from its bench after its subs were shut out against Clemson.

“Obviously, they played well,” Brownell said. “It’s hard to win at Syracuse. I think they had guys make big shots. … It was probably good for Virginia to play again. Kick the rust off and certainly feel good about themselves after winning a road game in the league.”

Virginia also got a lift from its outside shooting, one of the team’s weakest points through the season’s first two months. Senior point guard Kihei Clark and junior guard Armaan Franklin, a transfer from Indiana, combined to knock down six 3s in the game.

UVA turned over the ball 14 times in the first meeting with Clemson (9-4, 1-1), a number it knows it must bring down the rest of the season, starting with Tuesday night’s rematch.

“That’s a message that Coach always preaches in just trying to value the ball and value the possession, especially for us since we’re a team that can’t make too many mistakes,” Clark said. “So, when we cut those down, we put ourselves in a better position to win.”

Of course, Syracuse plays exclusively zone defense while Clemson rarely, if ever, employs a zone. So it remains to be seen how much of Virginia’s offensive improvement will carry over to Tuesday night’s game.

“I think we’d seen stretches of improvement in our preparation leading up to it and then in the game,” UVA coach Tony Bennett said on Monday. “But of course, making some shots and guys just playing a little freer helped. … As the saying goes, shooting covers over a multitude of sins.”

Clemson hasn’t had any trouble making shots this season, especially from 3-point range. The Tigers rank fifth in the ACC in field goal percentage at 47.3 and lead the league, connecting on 41% of their attempts beyond the arc.

In the Dec. 22 win in Charlottesville, Clemson shot 47.5 percent from the floor and jumped out to an early lead thanks, in part, to going 5 for 11 from 3-point range in the first half.

Neither coach anticipated major changes to their game plans for this rematch.

“We’ve had one game and were back-to-back for them,” Bennett said. “You obviously study the game we played. I’m sure there will be some new wrinkles in both things, but it’ll come down to who’s ready and who can execute the best for the majority of the game.”

'UVa is about to do a lot of winning': Tony Elliott making a strong first impression with state's high school football coaches

Clemson’s Hunter Tyson celebrated a basket next to Virginia’s Jayden Gardner in the Tigers’ 67-50 victory last month in Charlottesville. Tyson led the Tigers with 17 points.