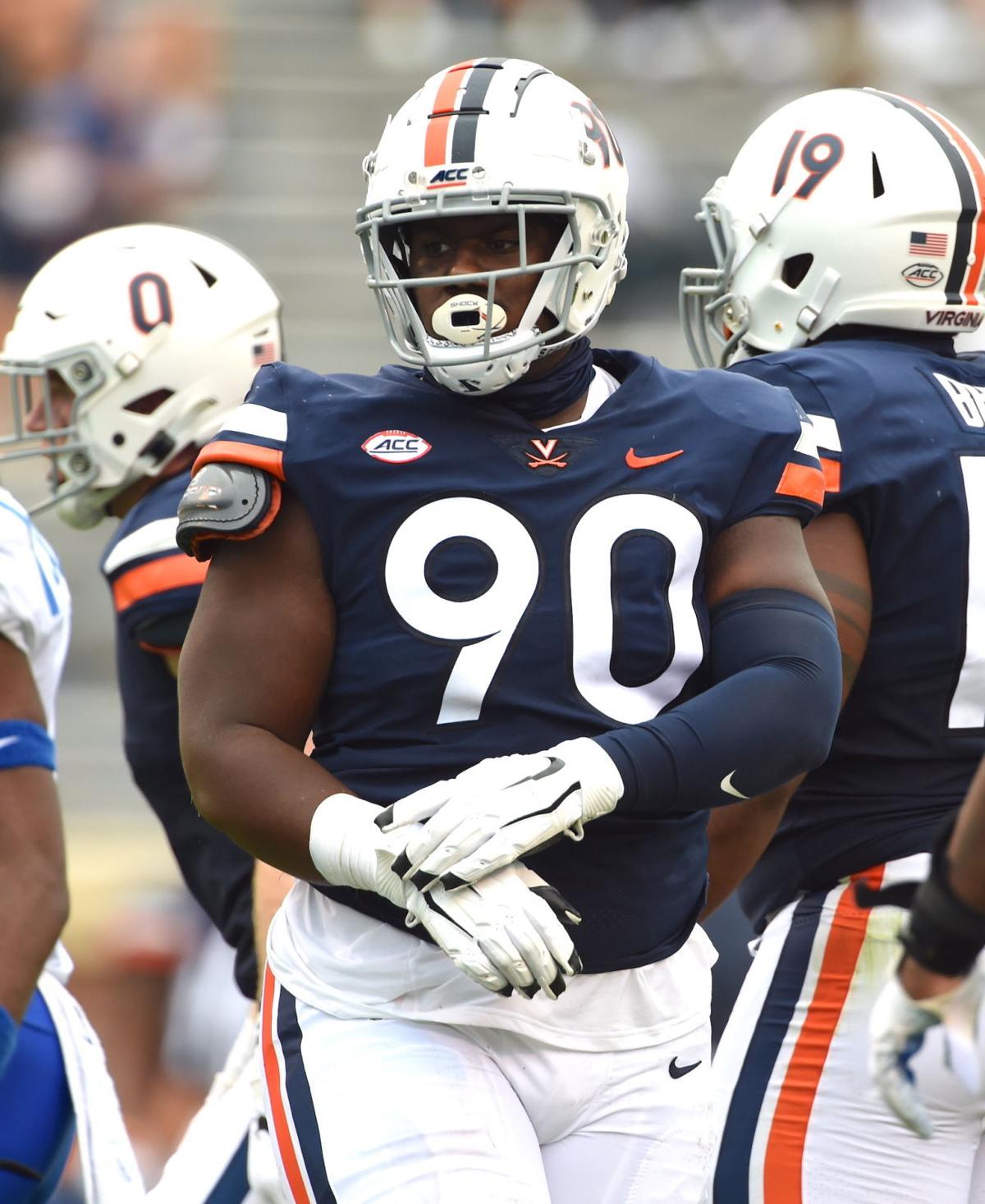 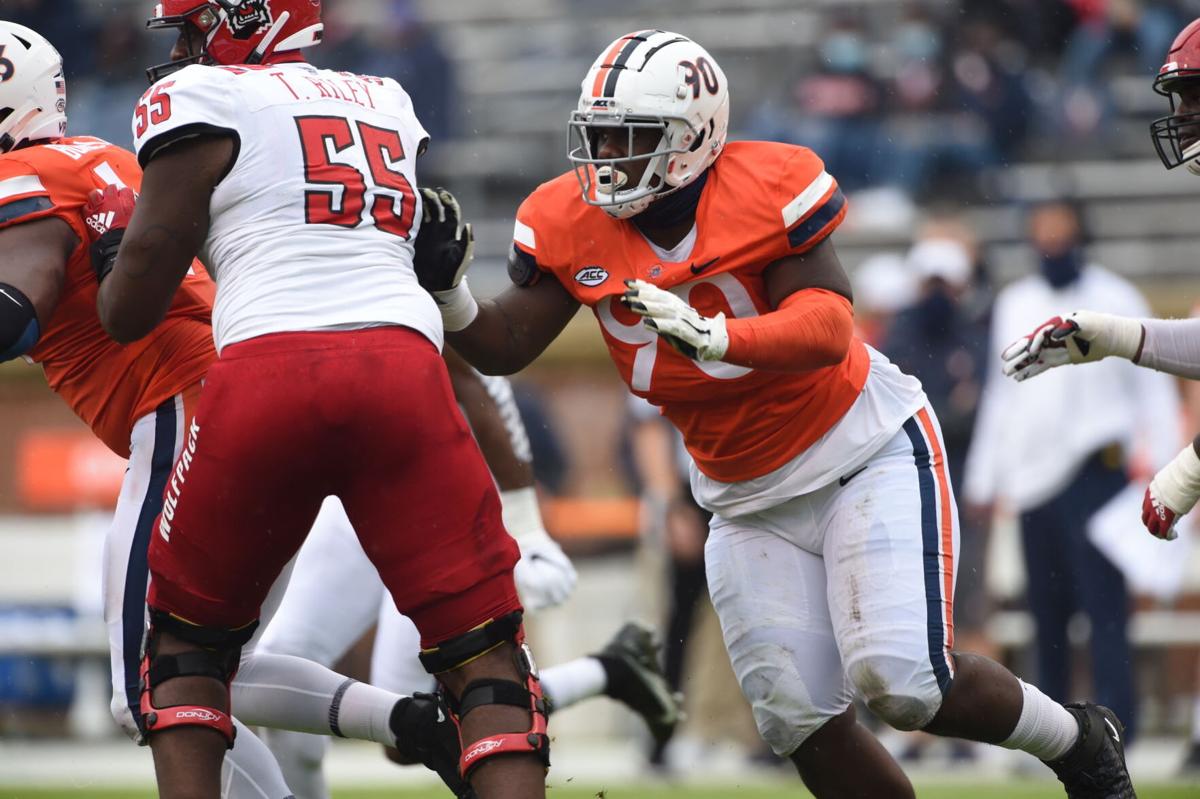 CHARLOTTESVILLE — Growing up as the son of a strength and conditioning coach, a young Jahmeer Carter got a firsthand look at the workout habits of college and NFL football players. He saw how Shawne Merriman and Vernon Davis handled their business at Maryland and how Ray Lewis tackled fitness with the Baltimore Ravens.

“He got to see how they move and how they lift,” said Ferron Carter, Jahmeer’s father and a former Maryland football and Coppin State basketball staffer. “I think, from that early age, that’s how he really started gravitating to it.”

Of course, the younger Carter, now a sophomore nose tackle at Virginia, had shown off physical prowess even before those days, back when he’d wrestle his father’s dog, a boxer, on the floor of his home. Still, Ferron Carter never pressured his son to be a workout warrior — he didn’t have to.

“It was never pushed on me,” said Jahmeer Carter after practice Tuesday. “It was pretty much my decision. He happened to be a strength and conditioning coach, so that opportunity was there. I took advantage of it.”

Carter grew into a college football prospect by middle school, though most of his success came as an offensive linemen. Going into 10th grade, and after being told his height — 6-foot-1 at the time — wasn’t tall enough to play offense in college, Carter made the switch to focusing on defense. He attended a UVA camp as a defensive lineman, earned a scholarship offer and “never looked back,” his father said.

Last season, he saw action as a true freshman, playing in nine games, taking part in 14 tackles and one sack. He had four tackles each against Miami and rival Virginia Tech.

This month, the 6-2 315-pounder been working as the first-team nose tackle, manning the middle of the Cavaliers’ 3-4, odd-front defense, flanked by seniors and returning starters Mandy Alonso and Adeeb Atariwa at defensive end.

“We have a lot of potential,” Carter said. “I think we can be a dominant group up front. I think the sky’s the limit.”

The defensive line isn’t the deepest spot on the roster, by any stretch, but the Cavaliers can fill out their two-deep. Alonso and Atariwa are the veteran leaders of the group, with juniors Jordan Redmond and Aaron Faumui, who is back after opting out last season, sophomores Carter and Nusi Mulani, and redshirt freshman Olasunkonmi Agunloye, all expected to also contribute.

As a zero-technique nose tackle, UVA wants Jahmeer Carter to have the size to take up space and blockers, occupying gaps, the strength to get off those blocks to stop the run and push the pocket, and the quickness to get after running backs and quarterbacks.

That’s meant continuing to put on “good weight” while maintain his quickness and agility. None of that has been a problem for Carter. Always a voracious eater, Carter’s father recalled his son often consuming meals meant for the two of them — an extra-large pizza, a pair of Cornish hens — by himself.

Carter’s mother was a sprinter and that’s where Jahmeer gets his speed, his father said. Add the strength and conditioning work Jahmeer does with his dad, and the encouragement to eat healthy from his mother and girlfriend, and it’s a formula for success.

“I do try really hard to make sure my body is the best it can be so I can be able to perform,” Carter said. “I take pride in it.”

One to watch: Nusi Malani played in seven games as a true freshman before being injured. 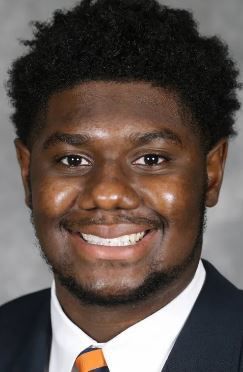 Jahmeer Carter brings size and speed to his role as the Cavaliers’ nose tackle.