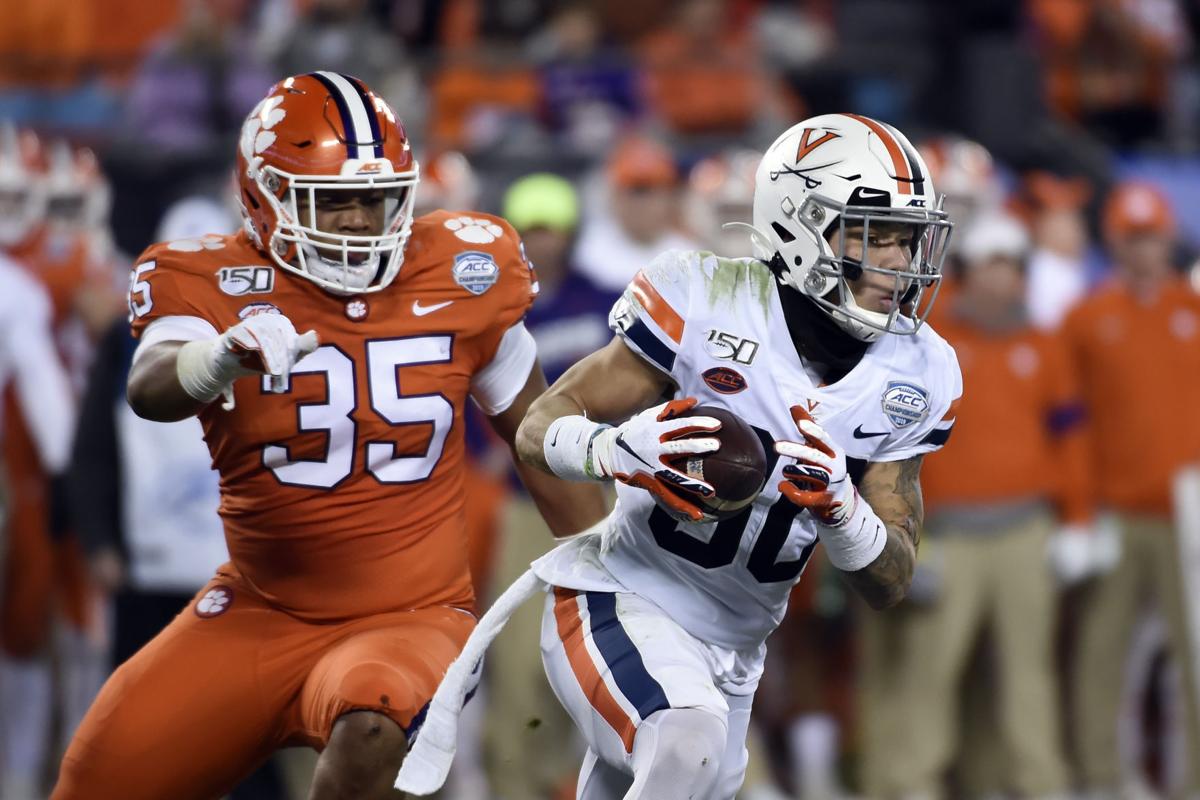 Virginia’s Billy Kemp IV, a former Highland Springs standout, said the Cavaliers just wanted to “keep the ball off the ground” on the first day of spring practice Tuesday. 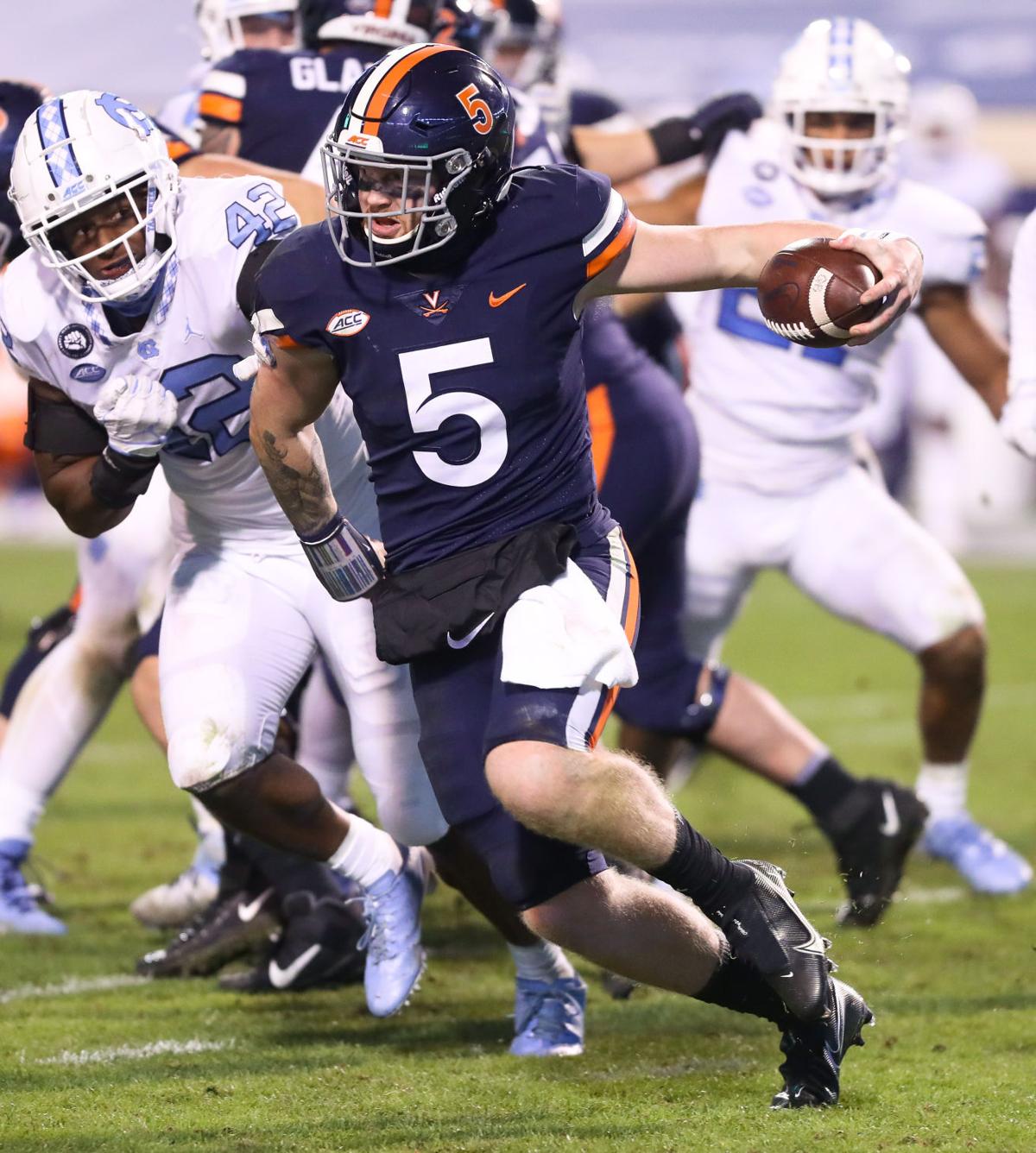 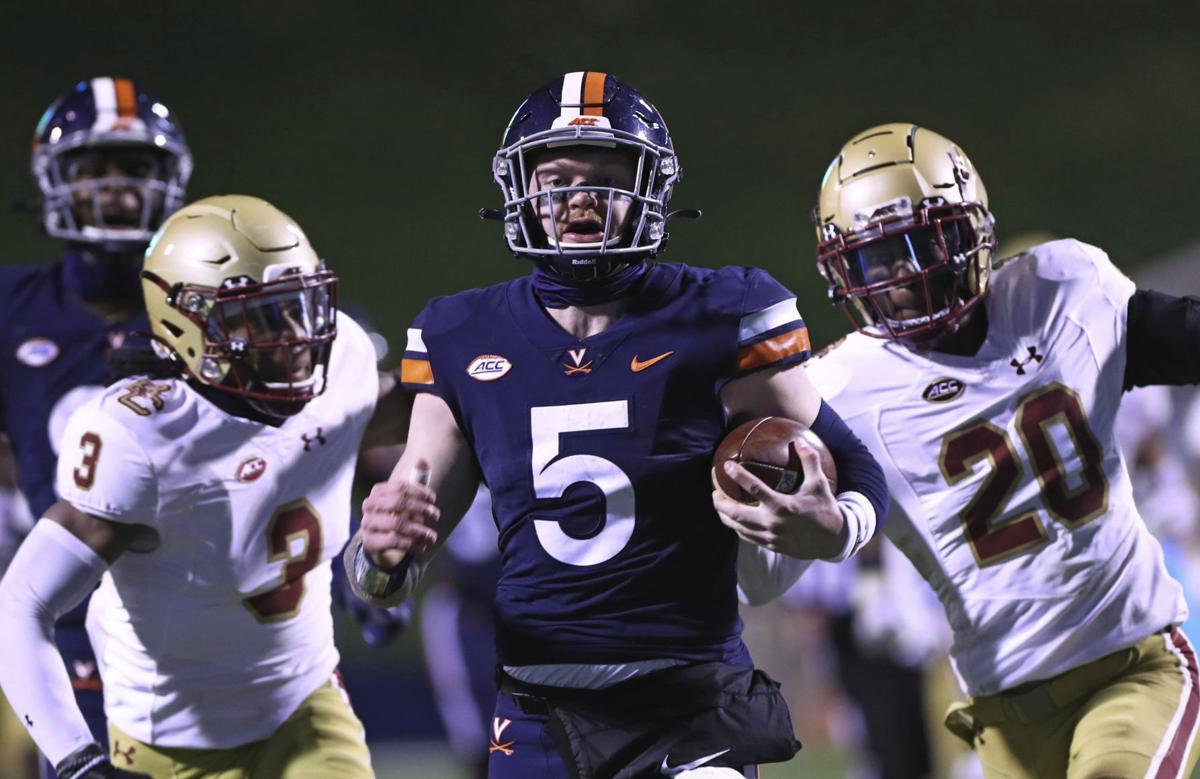 CHARLOTTESVILLE — With a returning starter at quarterback and five players back who caught a touchdown pass last year, there’s reason to believe Virginia’s passing game could take a sizable step up this football season.

But Tuesday, for the team’s first spring practice, the offense had a simpler, humbler goal.

“We just wanted to come out here and keep the ball off the ground,” said senior Billy Kemp IV, a former Highland Springs High School star.

That’s a fine target for the first day, but Kemp said the Cavaliers will aim for more than just catching the football. They hope to produce more big plays in the passing game.

Last season, UVA turned in 34 passing plays that went for 20 yards or longer, the 10th most in the ACC.

Virginia ranked seventh in the league in passing offense last season, averaging 260.6 yards per game as it went 5-5. Its 22 passing touchdowns were the sixth most in the league.

With junior left-hander Brennan Armstrong back at quarterback and a host of potentially explosive targets, led by Kemp, sophomore Lavel Davis Jr. and senior Ra’Shaun Henry, all returning, UVA figures to be more effective through the air, despite the losses of three of the team’s top five pass catchers.

It should be a strong year for ACC Coastal teams throwing the ball. Six of the division’s seven programs return a quarterback who started at least four games last season, led by Sam Howell at North Carolina and Kenny Pickett at Pittsburgh.

How much of a leap Armstrong makes figures to be the key for the Cavaliers’ ability to contend in the Coastal.

In his debut season as the team’s starter, Armstrong navigated a pandemic, an in-season injury, a losing streak and helped the team rebound to win four of its final five games. He finished 157 of 268 passing for 2,117 yards and 18 touchdowns in nine games.

“Having Brennan go through all that, that might almost be two seasons worth of experience,” Virginia coach Bronco Mendenhall said. “Because of the depth of different things and different leadership opportunities and different self-discovery and understanding, wow, in terms of his progression, that might have been a blessing in disguise.”

When Armstrong came back after missing most of two games to a concussion, Mendenhall considered it a “relaunch” for the first-time starter. Tuesday, wide receiver coach Marques Hagans said the team had a better grasp of both Armstrong’s abilities and those of the players around him when he returned to action.

“A lot of times when you’re without something or someone, you have to look at it from different angles,” said Hagans, a former UVA quarterback. “So, I think without having him, it gave us a chance to look at our offense and guys that we had in different ways and we were able to put guys in different positions moving forward.”

As for the big plays, perhaps no player on the roster can address that goal more readily than Davis. He caught 20 passes for 515 yards and five touchdowns in eight games last season. His 25.8 yards-per-catch average led all players on the team with at least 10 catches, more than doubling the next closest player’s mark.

His rookie season included a 90-yard touchdown reception against Abilene Christian. His fellow sophomores Dontayvion Wicks and Demick Starling could also add to the Cavaliers’ attack, but, unlike, Davis, they’ll enter the year flying under the radar.

All eyes will be on Davis because of his breakout first season.

“I think he’s got to leave what he did last year in the past and build off that,” Hagans said. “He can’t get caught up listening to everyone tell him how great he’s destined to be. ... He’s just got to get back to work.”

Virginia’s Billy Kemp IV, a former Highland Springs standout, said the Cavaliers just wanted to “keep the ball off the ground” on the first day of spring practice Tuesday.