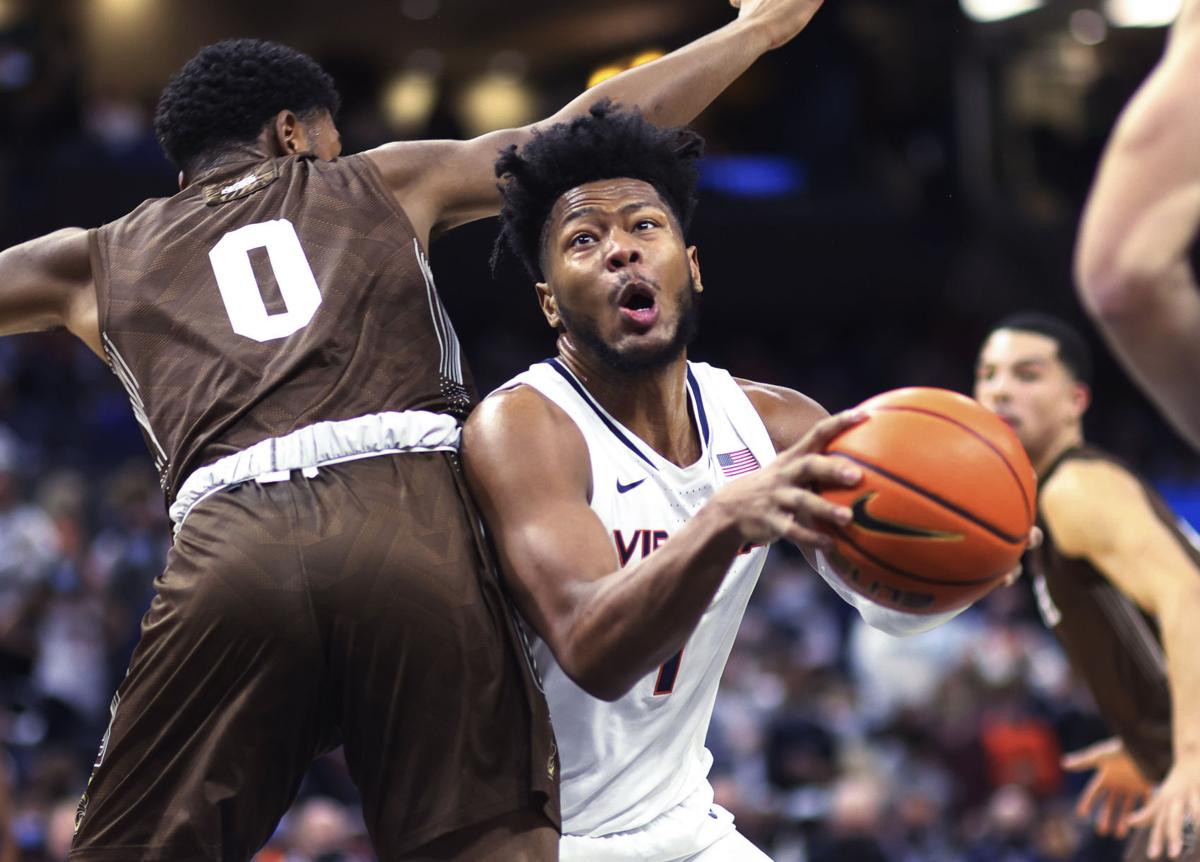 Jayden Gardner and the Cavaliers have won back-to-back ACC road games after a rough start to the season. They’ve also won seven in a row against North Carolina entering Saturday afternoon’s game at the Dean Dome. UVA feels it’s closer to finding its identity. 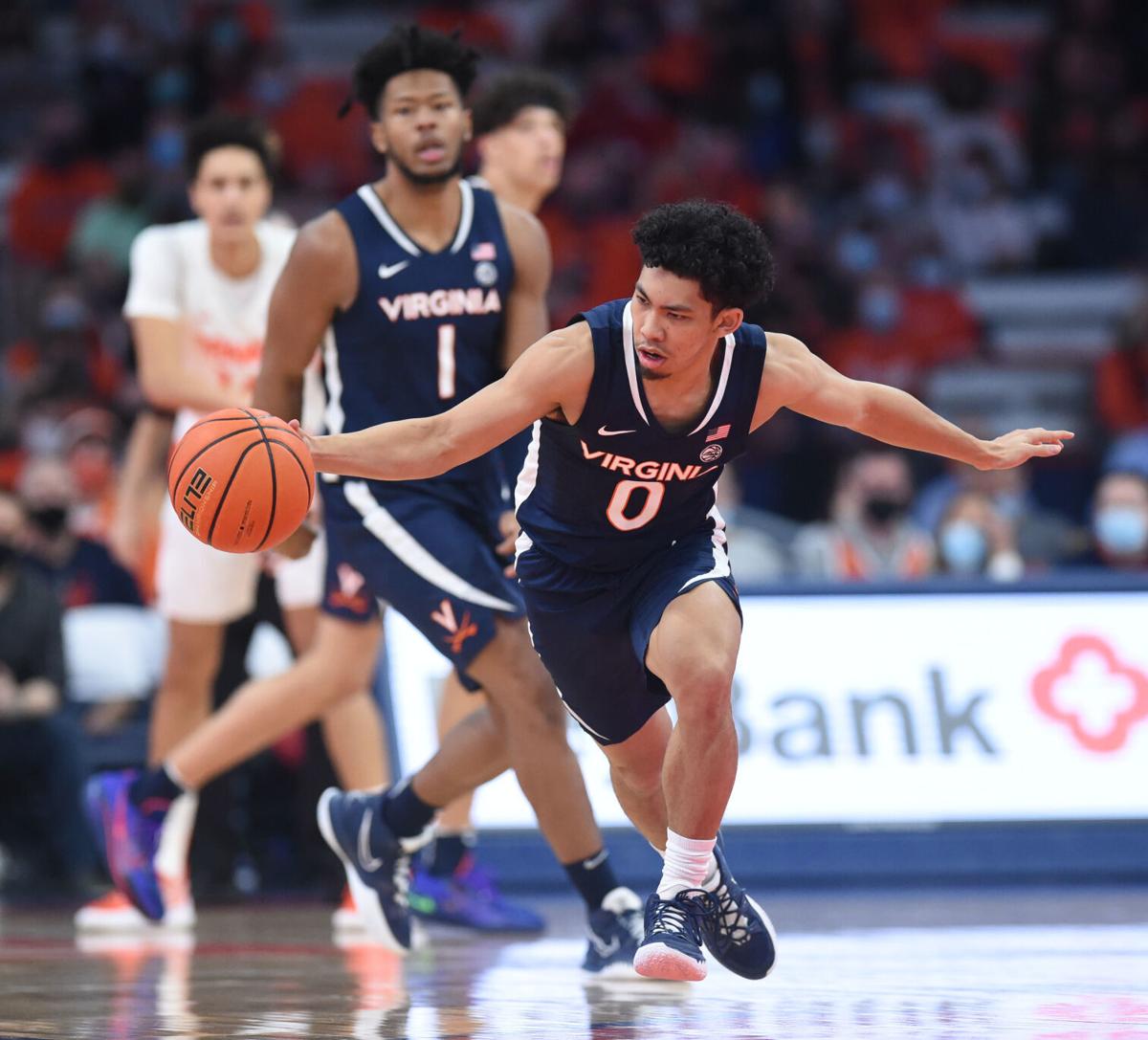 Virginia guard Kihei Clark grabs a loose ball during the Cavaliers’ win over Syracuse on Saturday at the Carrier Dome in Syracuse, N.Y. 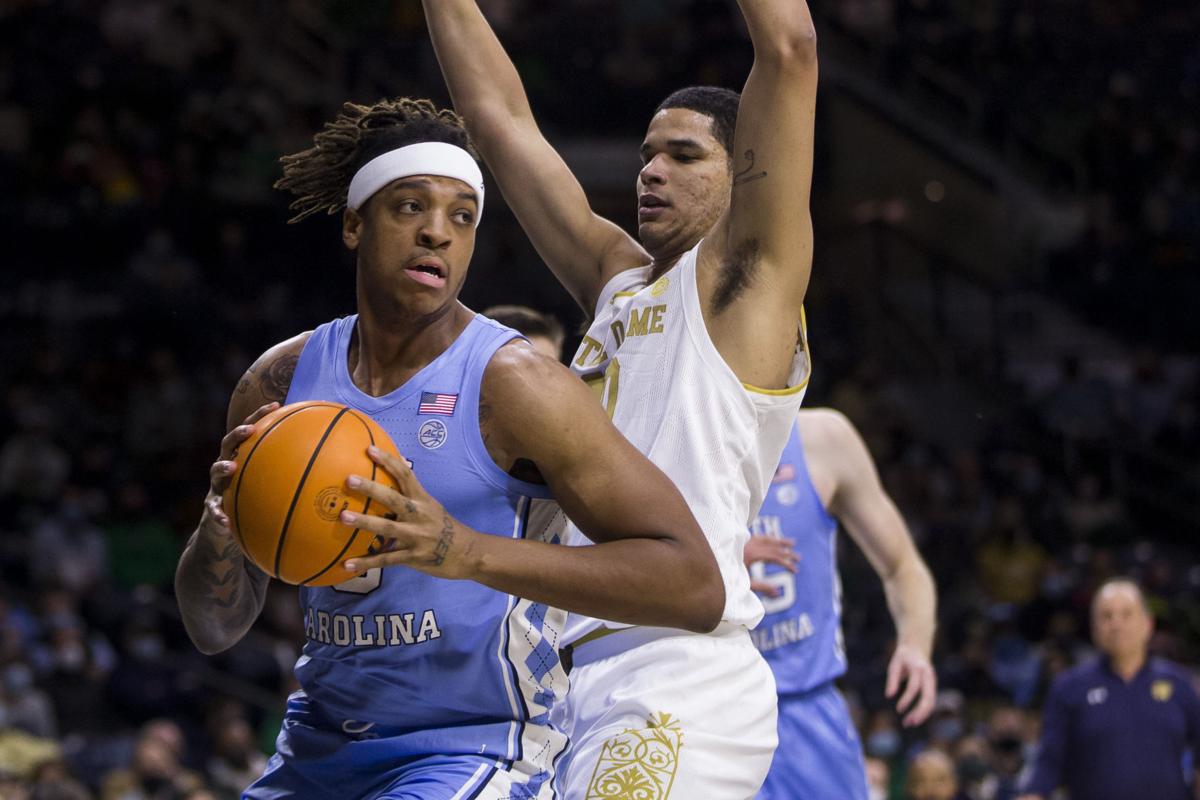 UVA has notched back-to-back ACC road wins and has its sights set on a third when it visits North Carolina on Saturday afternoon.

“This team is starting to get some momentum,” said senior forward and leading scorer Jayden Gardner. “We’re starting to get back on track with the things that we do well. We want to be playing our best basketball come March. That’s all that matters.”

Virginia went 7-5 in November and December, its worst start to a season in Tony Bennett’s 13 seasons at the school, but has made key improvements in its last two victories.

“Every game is a battle for us,” said Bennett. “We’re not going to overwhelm people but at least, the last two games, we walked into some stuff where I think we forged a nice identity.”

After getting dismantled by 17 by Clemson on Dec. 22 in Charlottesville, UVA (9-5, 3-1 ACC) has bounced back to win two straight ACC road games, at Syracuse and at Clemson. Those winning efforts saw the Cavaliers shoot the ball better (53.3% in those games), and turn it over less (9 times each against the Orange and in the rematch with the Tigers).

“Those were big areas we focused on,” said Gardner. “We attacked those areas in practice and we came out here and executed.”

Points off turnovers figures to be a key statistic Saturday in Chapel Hill, N.C. While some things have changed under new coach Hubert Davis, the Tar Heels (10-4, 2-1) still play the fastest tempo in the ACC, according to basketball analytics website Kenpom.com.

Turnovers and missed shots make it easy for Davis’s team to get out and run the floor, creating the kind of track meet Bennett’s squad would prefer to avoid. Virginia, which has won seven straight against the Heels, only committed one turnover in the second half at Clemson on Tuesday.

“That was the key to our deal in the second half,” said Bennett. “How we took care of the ball was significant. We weren’t perfect but we played real hard.”

UVA has historically struggled in Chapel Hill, going just 5-24 all-time at the Smith Center. But Bennett’s team has been good against the Tar Heels in recent years, owning an 8-3 mark against UNC in the team’s last 11 meetings.

Wednesday night, UNC lost at Notre Dame, falling 78-73 despite a 21-point, 17-rebound effort from Richmond native and former Trinity Episcopal star Armando Bacot. The Fighting Irish, who had not played since Dec. 28, shot 47.5% from the floor and only committed seven turnovers, and the Tar Heels played the game with a depleted roster.

McKoy will return for Saturday’s game, but the other two will not. After losing to Notre Dame, though, Davis said the absences aren’t an excuse.

“We had enough talent and enough guys in the locker room to get it done tonight,” Davis said. “And we just didn’t get it done.”

Virginia, which got zero bench points in its home loss to Clemson, saw its reserves outscore the Tigers 15-4 on Tuesday night.

“That’s important,” said Bennett. “We need it all.”

With jersey retirement, loyalty between Treveon Graham, VCU will be personified

With jersey retirement, loyalty between Treveon Graham, VCU will be personified:

Jayden Gardner and the Cavaliers have won back-to-back ACC road games after a rough start to the season. They’ve also won seven in a row against North Carolina entering Saturday afternoon’s game at the Dean Dome. UVA feels it’s closer to finding its identity.

Virginia guard Kihei Clark grabs a loose ball during the Cavaliers’ win over Syracuse on Saturday at the Carrier Dome in Syracuse, N.Y.