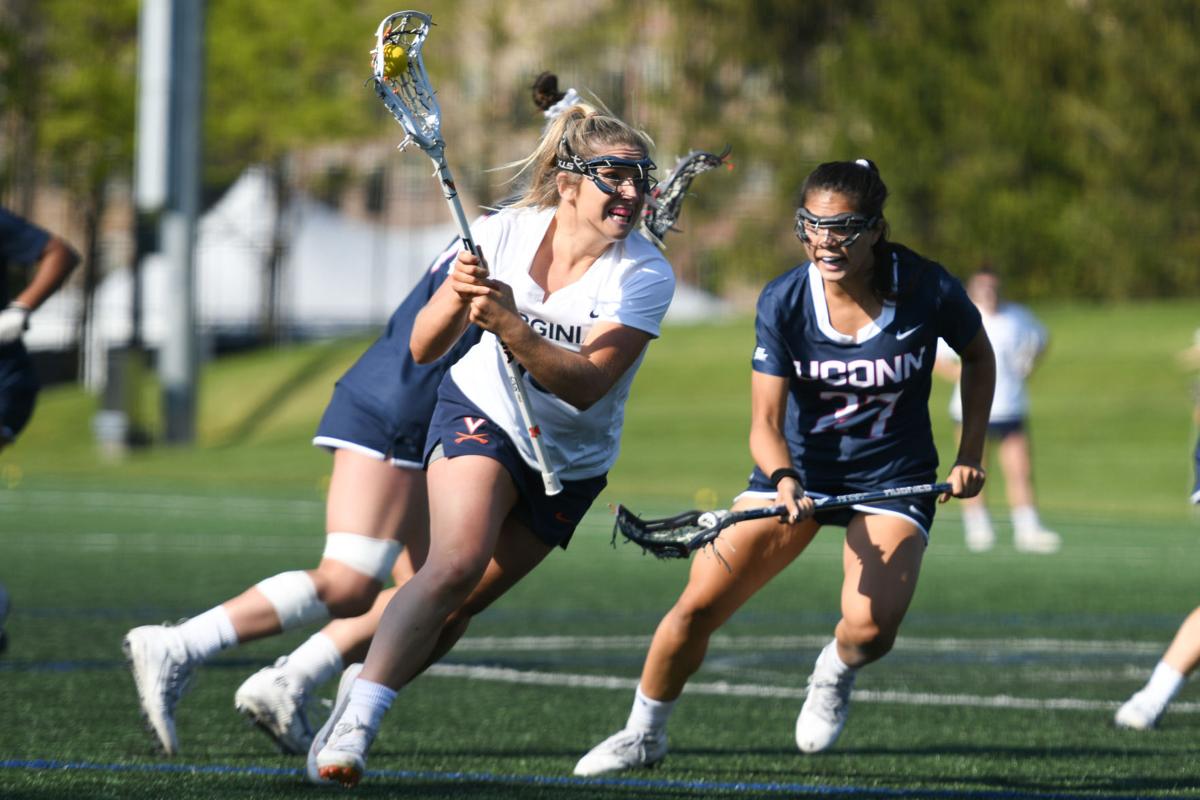 UVA’s Taylor Regan hunts for a shot against Connecticut during the first round of the NCAA women’s lacrosse tournament in South Bend, Ind. The Cavs won for the first time since March 26. 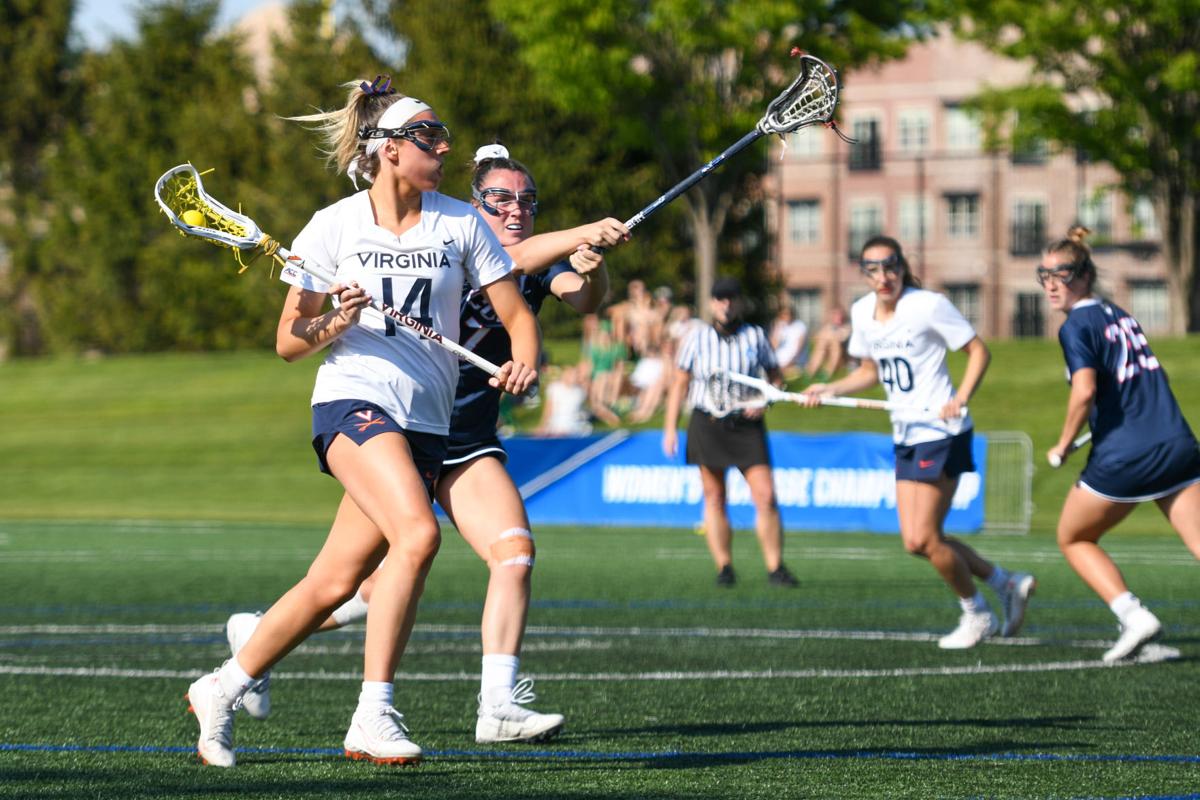 UVA’s Morgan Schwab looks to pass the ball against Connecticut.

A two-goal loss to Notre Dame to open April left Virginia’s women’s lacrosse team confident it could beat the Fighting Irish in a rematch. Now, UVA will get its shot to do just that.

“We kind of were going a little bit downhill there at the end of the season,” said Dyson. “We regrouped and refocused and we’re just super pumped to build off today’s win and get another shot at Notre Dame.”

Freshman attack Morgan Schwab had two goals and three assists for Virginia, which got scores for a season-high 11 players.

Virginia improved to 11-3 all-time against Big East opponents, decisively taking its first-ever meeting with the Huskies.

UVA put a ton of pressure on UConn’s defense early, with three shots in the first 2:17, the third of which Dyson put past Huskies junior goaltender Landyn White for the game’s first goal.

White helped keep UConn in the game early, making three big saves in the first 8:03 of the game, including one down a player with 21:57 to play and the Huskies up 4-3. She finished with 13 saves.

“She made great saves consistently,” said UVA coach Julie Myers. “Luckily we were able to get to the goal 40 different times, which is about what it took.”

“When Annie’s firing on all cylinders, she’s usually the stick that everybody looks to try to feed in that middle,” said Myers. “She found herself open. She hit some really tough shots with a lot of pressure on her back.”

Dyson, Schwab and McGovern each scored a goal during a 3:18 stretch early in the second half to give Virginia a 14-10 lead with 19:43 to play. That started a 7-0 run that put the game away for the Cavaliers and set up the all-ACC second round matchup with the Irish.

Notre Dame beat Virginia 12-10 on April 3 in Charlottesville. UVA used a 5-0 run late in that game — with three of those scores coming from McGovern — to pull within one score of the Irish, down 11-10 with 6:31 to play, but couldn’t get the equalizer.

James Madison (12-4) led by as many as six goals in the second half. Brittany Bill added a pair of scores for the Dukes.

Unseeded JMU, which won the national championship in in 2018, will face host North Carolina, the tournament’s top seed, at noon Sunday in the second round.

UVA’s Taylor Regan hunts for a shot against Connecticut during the first round of the NCAA women’s lacrosse tournament in South Bend, Ind. The Cavs won for the first time since March 26.

UVA’s Morgan Schwab looks to pass the ball against Connecticut. 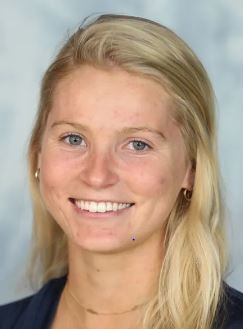