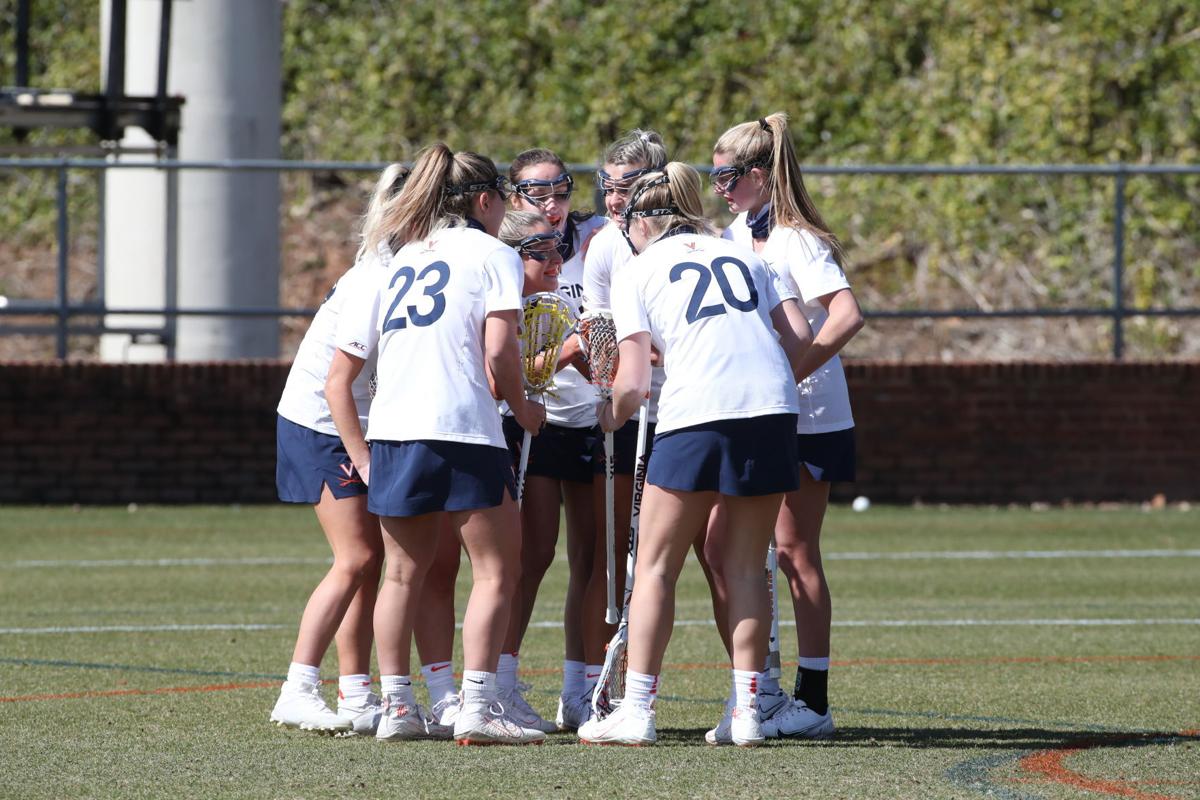 Members of the Virginia women’s lacrosse team huddle during the Cavaliers’ win over Louisville on Saturday at Klöckner Stadium. 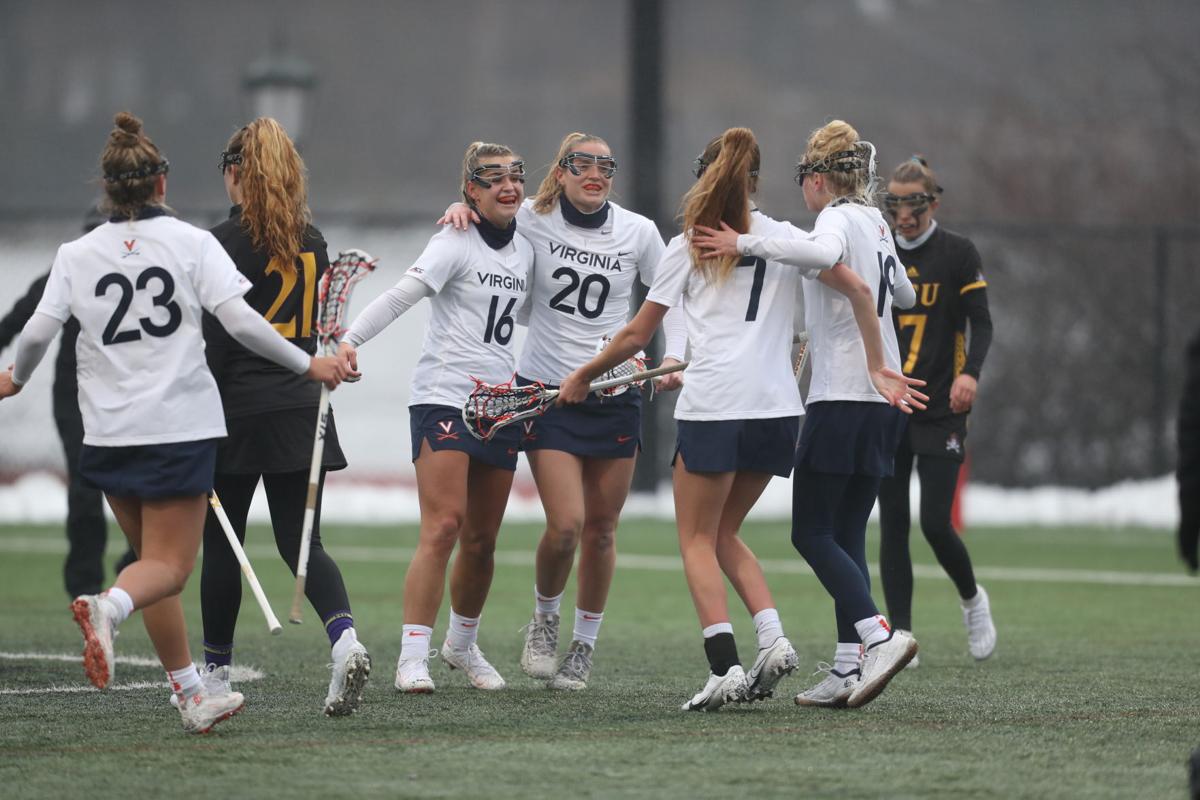 The Virginia women’s lacrosse team celebrated during a win over East Carolina. Such celebrations have become much less commonplace down the stretch of the season.

CHARLOTTESVILLE — The road to the NCAA women’s lacrosse tournament was a long one for Virginia, and that had nothing to do with its ACC schedule, COVID-19 protocols or a month-long losing streak in April.

The Cavaliers (8-8) play UConn (12-6) on Friday at Notre Dame. The team traveled to South Bend, Ind., on Wednesday, busing to Reagan Airport in Washington D.C., flying to O’Hare International Airport in Chicago, then taking another excruciatingly slow bus ride over two hours to Notre Dame.

“We’ve been on buses and planes, but it’s good to be playing in May,” said UVA coach Julie Myers, who has her team in the NCAAs for the 25th straight tournament. “I always said I’d walk to an opponent if that meant we had a game. I’m glad we didn’t walk to Notre Dame.”

Virginia has lost its past six games — every contest it played in April — a slide that began with close losses to Notre Dame and Syracuse, continued through a pair of blowout losses to North Carolina, an embarrassing home loss to rival Virginia Tech and most recently saw it drop a game to Boston College in the ACC tournament.

Still, UVA’s players say they have the pieces and potential to put together a run this month.

“I think sometimes we don’t believe we’re as good as we are,” said freshman midfielder Maggie Bostain, a former Collegiate star. “When we believe in ourselves, you can see it in certain games, we’ll just turn it on. Going into this tournament, why can’t we be in the finals? The talent’s there, the hearts there, the hustle, the coaching. Everything’s there. The challenge is doing that for the whole 60 minutes.”

That challenge begins Friday against a Connecticut team that Virginia has never faced.

The Huskies had won three in a row before losing to Denver in the Big East tournament championship game on May 8. They average 14.4 goals per game, which ranks 23rd in the nation.

“We’ve never played them before,” said senior defender Gwin Sinnott, another standout from Collegiate. “It was really interesting watching their scout. They have some really good quick attackers. They definitely play similarly to some teams we played. The team they looked the most like was Virginia Tech. They’re pretty scrappy but also have some really good dodgers and shifty attackers, as well.”

Sinnott said the losing streak only adds to the team’s motivation to play well this month in the NCAAs, while the competitive losses to Notre Dame, Syracuse and Boston College help fuel the belief Bostain mentioned — that the Cavaliers’ are capable of advancing deep in the tournament.

“Going into NCAAs, people definitely have a little fire under their belt because we know that we can hang with these top teams and we have the potential to beat them,” said Sinnott. “That’s our spark as we go into NCAAs.”

Members of the Virginia women’s lacrosse team huddle during the Cavaliers’ win over Louisville on Saturday at Klöckner Stadium.

The Virginia women’s lacrosse team celebrated during a win over East Carolina. Such celebrations have become much less commonplace down the stretch of the season.