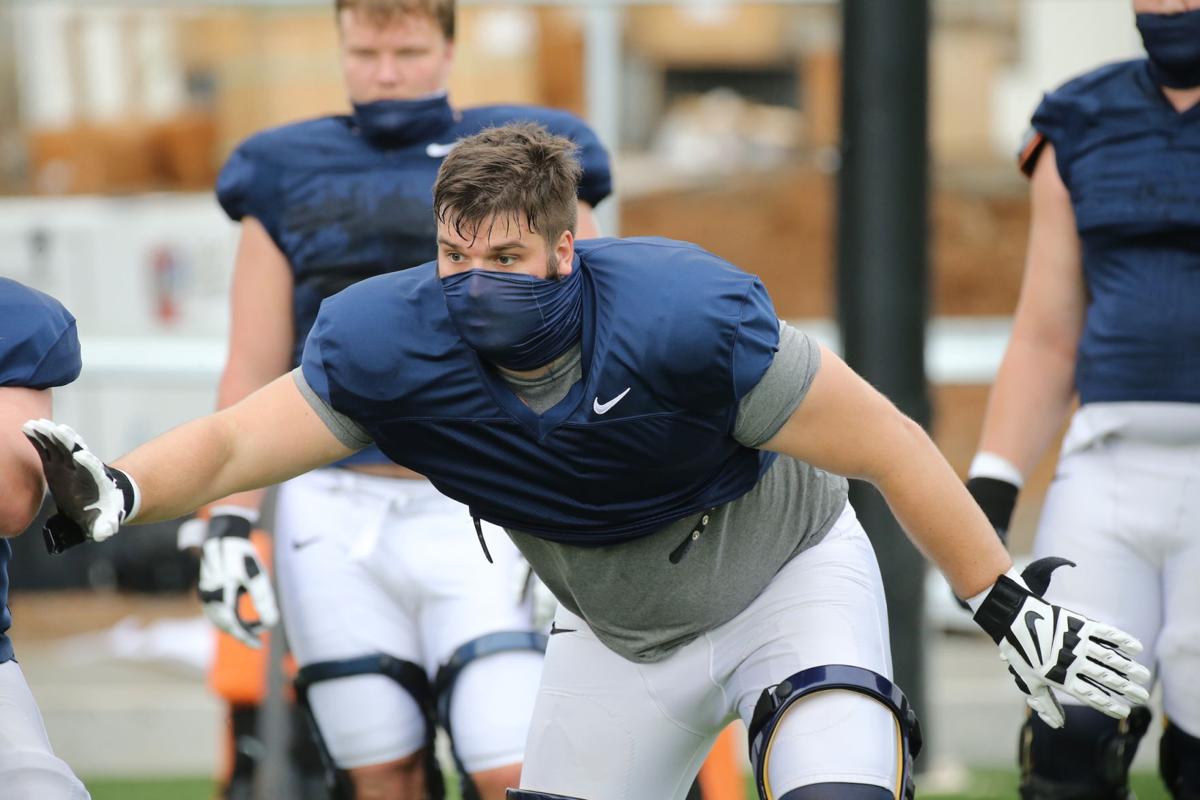 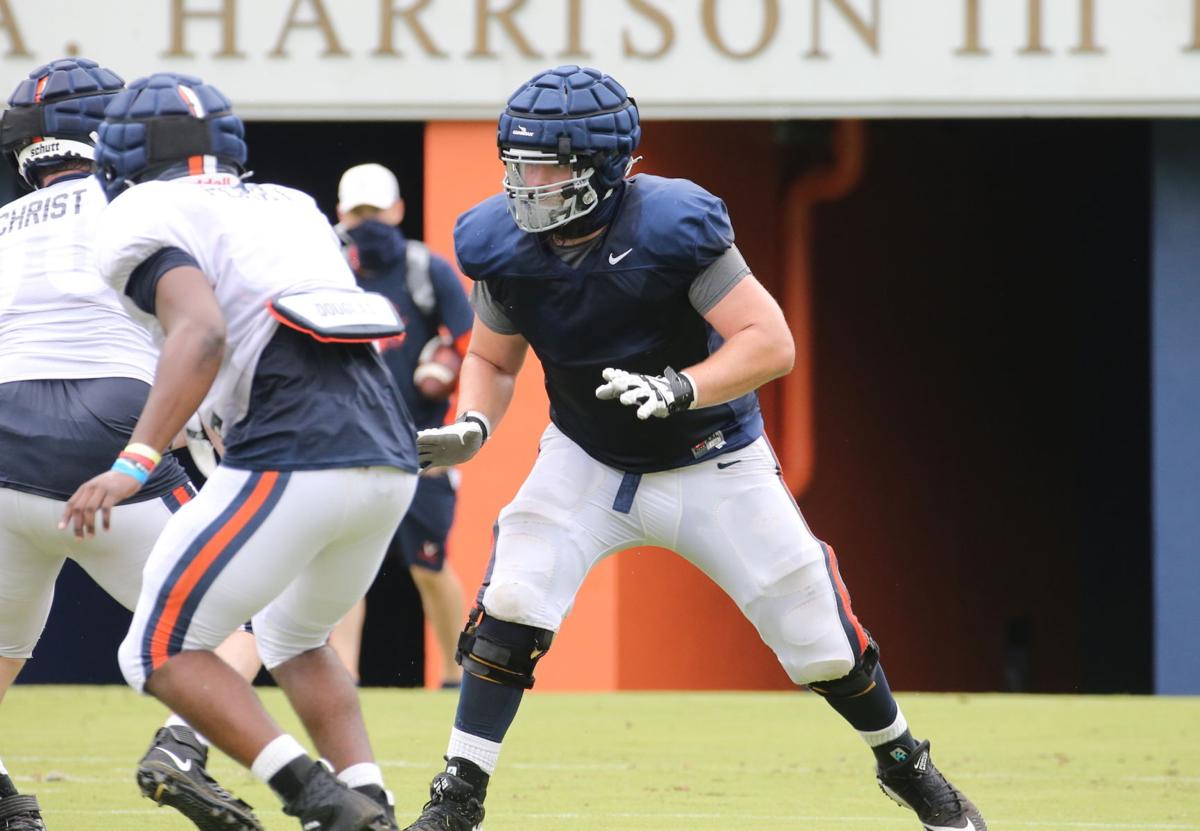 When Alex Gellerstedt opted to transfer to Virginia before last football season, the former Penn State offensive tackle saw an opportunity to win a starting job with the Cavaliers. Instead, a knee injury in the summer left Gellerstedt enduring a trying rehabilitation process while struggling to find his place with his new team.

“It’s difficult, when you’re not in practice, to build relationships,” said Gellerstedt, who completed his degree at PSU in three and a half years. “You’re off on the side recovering and doing your own thing. It was kind of isolating.”

Gellerstedt couldn’t compete with the Cavaliers last season, but he’s in position now to be the team’s starting left tackle when UVA opens this year on Sept. 19 at Virginia Tech.

He’s part of a deep and experienced offensive line, a luxury Virginia hasn’t had in the previous four seasons under Bronco Mendenhall.

Add into that mix Ryan Swoboda, who started games at both right and left tackle last season, Tyler Fanin who played one game at center in place of Oluwatimi, and Gellerstedt, and it’s easy to see why UVA offensive line coach Garett Tujague is excited about what he has to work with.

“What’s that commercial? When banks compete you win?” he said. “When O-linemen compete, I win.”

That wasn’t the case in previous seasons.

Rewind to last spring, when Gellerstedt chose to finish his college eligibility at Virginia. Going into the 2019 season, the Cavaliers were only returning two players with starting experience.

For 6-foot-7, 320-pound Gellerstedt, who played in eight games in two seasons at Penn State and has two years of eligibility remaining, a starting spot at UVA seemed ripe for the taking.

But in late June, he suffered a non-contact injury in his left knee. He felt his knee lock up.

“I thought it would be a meniscus, something quick to deal with,” said Gellerstedt. “It ended up being more serious than that, unfortunately.”

It turned out a piece of his femur had broken off and lodged in his knee, requiring season-ending surgery.

“It was very devastating,” said Gellerstedt. “Definitely took a little while to refocus and get myself on the path to recovery.”

He wore a knee brace and focused on keeping strength in his legs, while working to regain his range of motion in his left knee.

Despite not being on the field with the team last season, Gellerstedt developed close relationships with the other linemen, especially Swoboda and Reinkensmeyer. Now, he’s competing with them and Haskins for starting positions.

Gellerstedt also spent a lot of his time with the UVA training staff, rehabbing to get back to playing. After spring practice was canceled due to the spread of COVID-19 this year, Gellerstedt’s return to the action came earlier this month, as the Cavaliers opened their preseason camp.

“It had been a long time since I could get out on the field,” he said. “There was certainly some rust to knock off those first few days. But it’s what you work for. When you’re pushing through an injury, it’s what you think about every day. ‘When are you going to get the chance to get back on the field?’”

One game is two weeks late, the other seven weeks early. Either way, we’ll take it.

UVA ready to finally play its opener, now against Duke

With Brennan Armstrong at QB, Virginia not anticipating an offensive overhaul

ACC teams can use fake crowd noise this football season

Depending on the stadium, there may not be many fans in the stands when the ACC kicks off its college football season. But that doesn’t mean t…

CHARLOTTESVILLE – By the time Tony Poljan reached high school age, he wasn’t shying away from battling the severe stutter he had since childho…

Keytaon Thompson transferred to Virginia hoping to win the starting quarterback position. But just because the Cavaliers went with Brennan Arm…