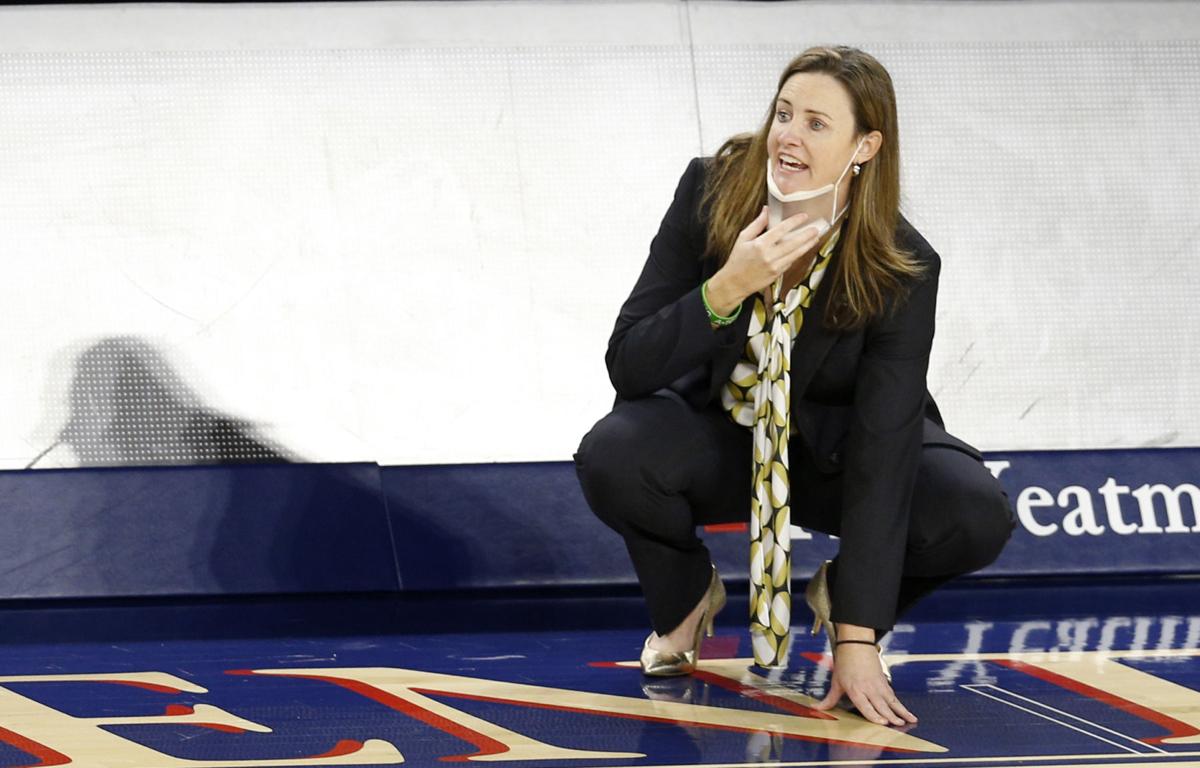 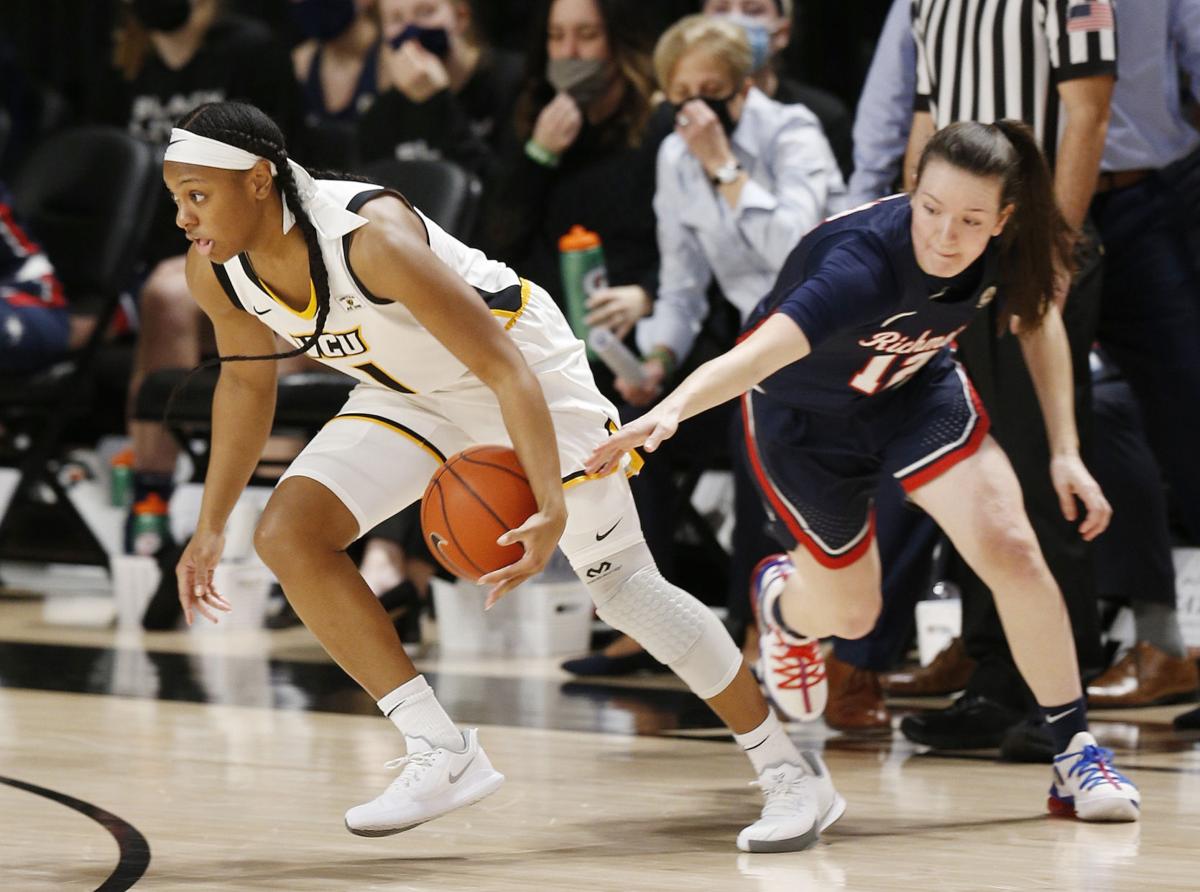 VCU’s Taya Robinson, a former Huguenot standout (left), is among the seniors who have elevated the Rams’ women’s basketball program during the past three seasons. 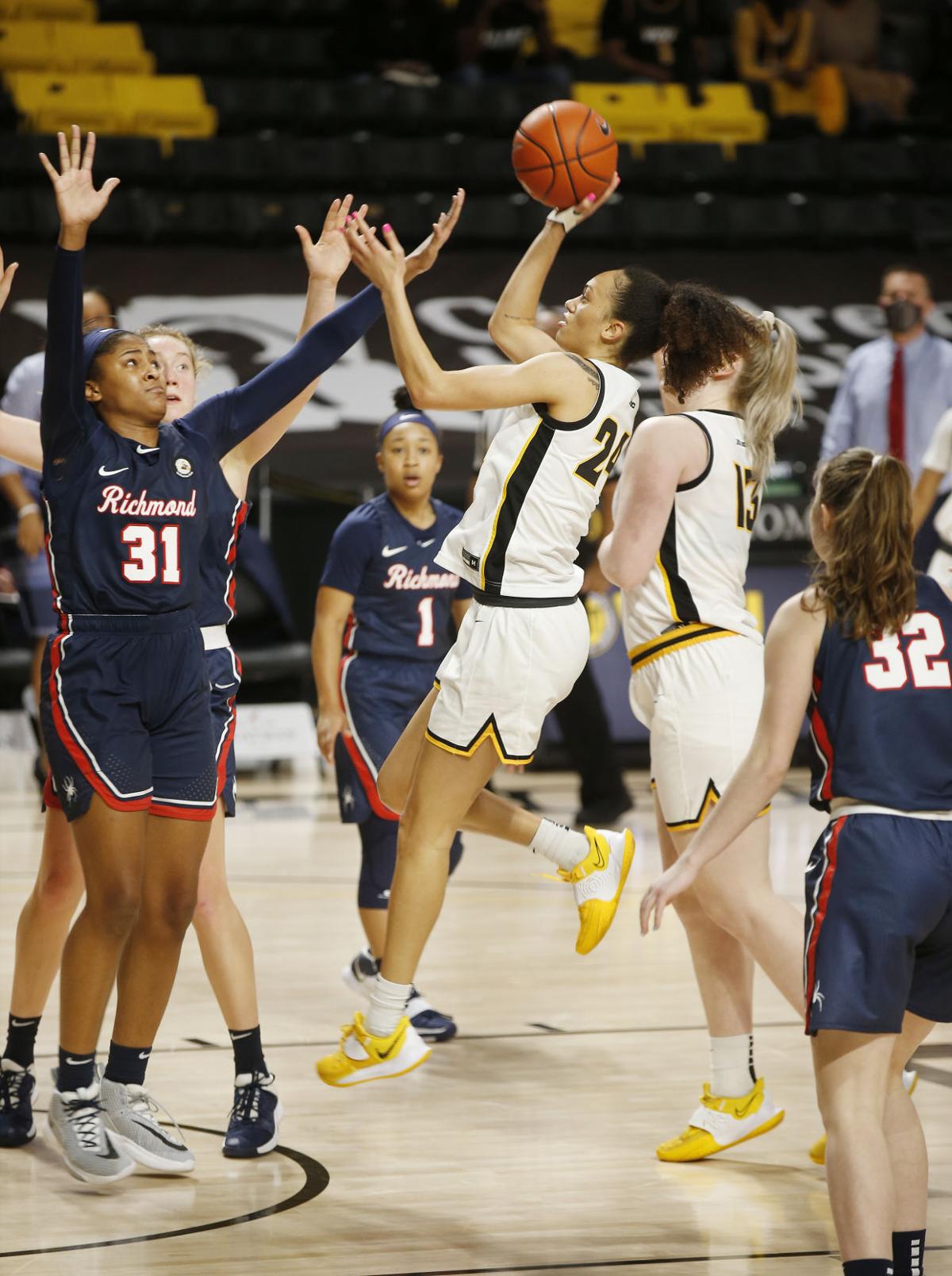 University of Richmond women’s basketball team took on VCU at the Siegel Center, Sunday 1/24/2021. VCU’s Tera Reed #24 scores during the first half.

On Saturday night at the Siegel Center, the VCU women’s basketball team honored its foundation.

Foundation is how Rams coach Beth O’Boyle described this year’s senior class, a group that features some of the most important faces of VCU’s success the past three seasons.

They’re players who assumed significant roles as freshmen four years ago, grew through first-year struggles, then led VCU to a dramatic turnaround as sophomores in 2018-19.

Since that season, the Rams have had the second-best record in the Atlantic 10 (36-10). Fittingly led by two members of that class — guards Taya Robinson and Tera Reed, they added to the mark Saturday against Saint Joseph’s.

Robinson scored 16 points and Reed 14 as VCU downed the Hawks 64-49 on senior night.

It was an emotional night for O’Boyle and the seniors. Robinson, Reed, guard Sofya Pashigoreva and center Olga Petrova were recognized in a pregame ceremony on the court, when they were presented with framed jerseys.

VCU’s fifth senior, former St. Catherine’s standout Sydnei Archie, was honored, too, though she was not in attendance. O’Boyle said after the game that Archie is taking some time away from the program for personal reasons. She’s missed the Rams’ last four games.

“I think it’s like mixed emotions,” said Robinson, a former Huguenot standout, on the feelings of senior night. “Sad because we’re getting ready to part ways. And then just happy because all we accomplished.”

Last season, VCU went 20-12 overall and 13-3 in the league before making another run to the tournament final.

But to O’Boyle, the most meaningful aspect of the senior class is how the players came out of a trying freshman season.

“It was a process,” Reed said. “But we all stuck together and believed in each other.”

On Saturday against Saint Joseph’s, VCU overcame a Hawks team (5-9, 3-9) that asserted itself inside in the second quarter to take control in the third quarter.

The Hawks pounced with a 6-0 spurt late in the second quarter that included a layup by Gabby Smalls, and a short jumper and layup from Katie Mayock. That put them ahead for the first time since the opening couple of minutes, 23-22, with 1:31 to play before the half.

VCU’s Chloe Bloom gave the Rams the lead back briefly with a pair of free throws, before SJU’s Katie Jekot hit a 3 before the buzzer that gave Hawksa a 26-24 halftime lead.

O’Boyle identified the first-half issue as how VCU was guarding Saint Joseph’s screens. The Rams adjusted at halftime and recovered strongly in the third quarter.

The Rams stifled SJU with a 9-0 run, forcing turnovers and scoring a variety of ways. Samantha Robinson started it with a 3, Pashigoreva made a layup off a steal and Robinson capped the surge with a step-back, midrange jumper.

“I think our ball pressure from our guards, especially our full-court pressure, really tired Saint Joe’s out,” O’Boyle said. “And it allowed it to really dominate the glass.”

The Hawks never got closer than 6 the rest of the way.

VCU, the league’s preseason favorite, will visit Massachusetts on Friday and Rhode Island next Sunday. VCU will host the A-10 tournament at the Siegel Center on March 10-14.

VCU’s continued success heading into the tournament should depend on the seniors. They’ve crafted a legacy of winning and would like to cap their career with more.

“The five of them have really helped us get where we are right now,” O’Boyle said. “And it’s a tremendous amount of pride for me, to have the opportunity to coach them.”

VCU’s Taya Robinson, a former Huguenot standout (left), is among the seniors who have elevated the Rams’ women’s basketball program during the past three seasons.

University of Richmond women’s basketball team took on VCU at the Siegel Center, Sunday 1/24/2021. VCU’s Tera Reed #24 scores during the first half.