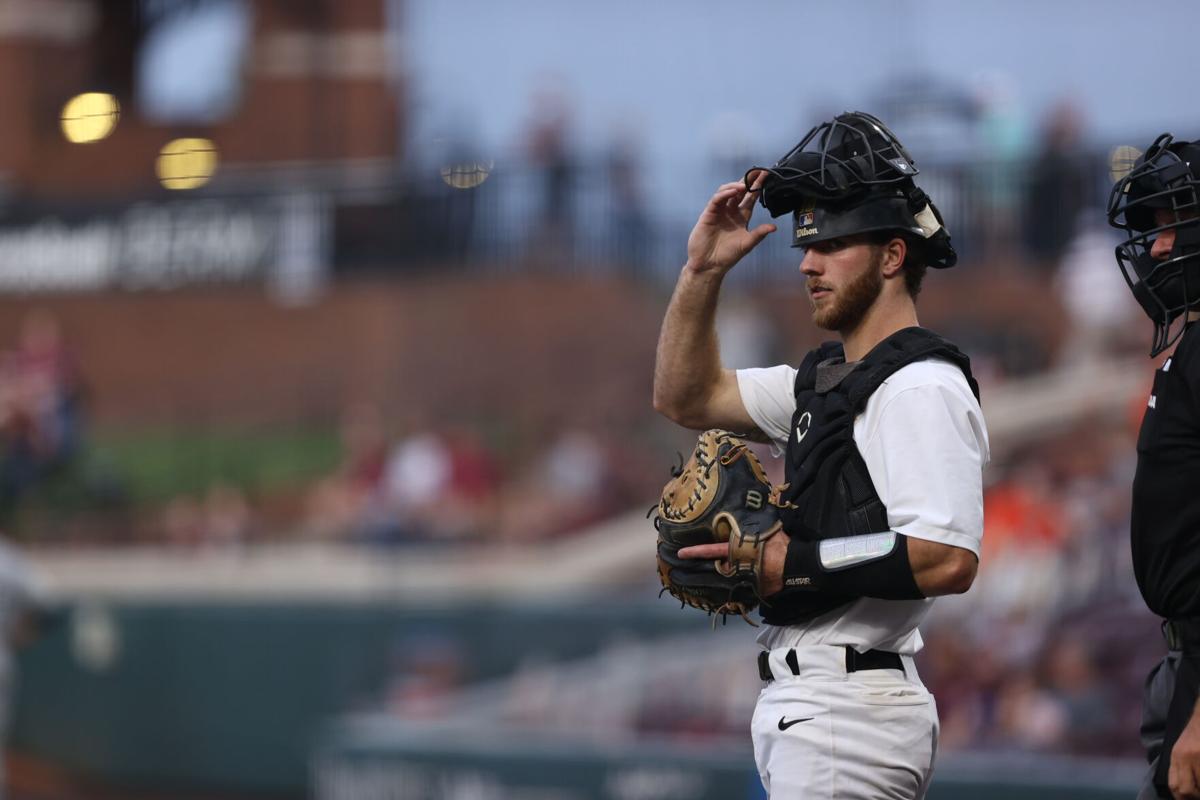 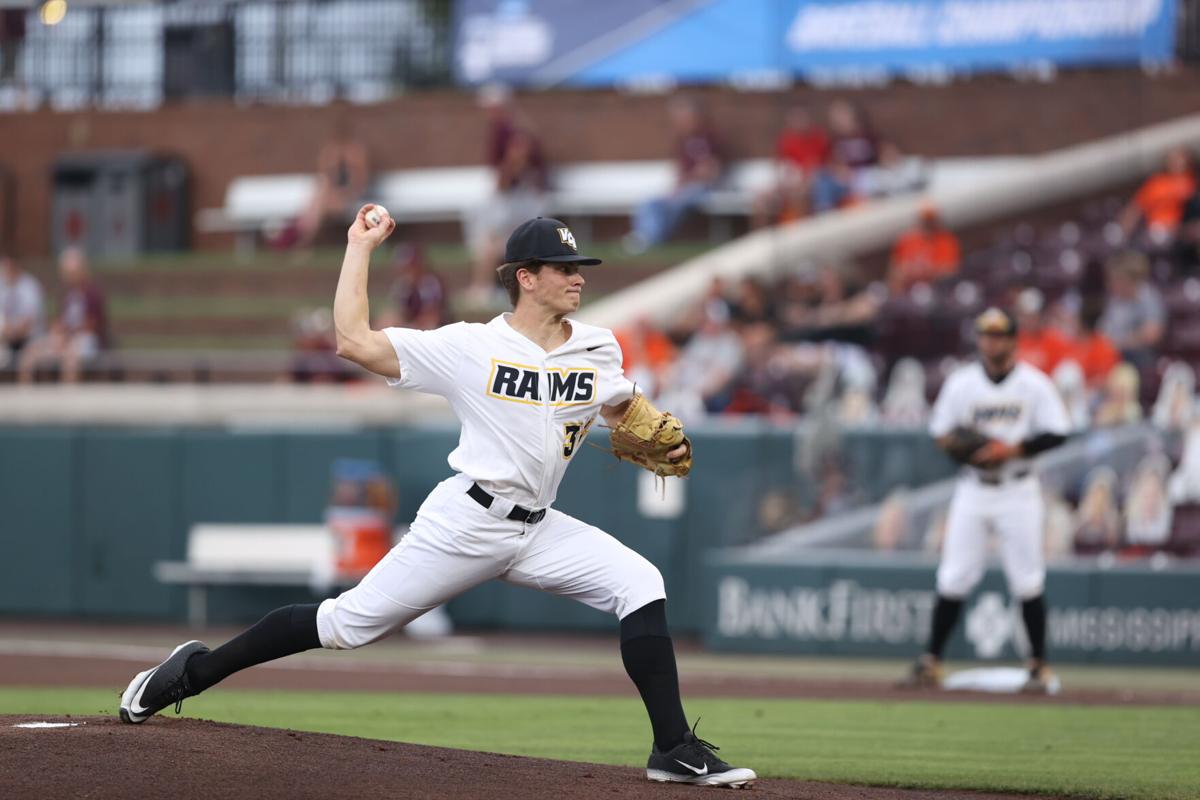 For each player on the VCU baseball roster, NCAA tournament play is a new experience.

But something coach Shawn Stiffler discusses with the Rams is settling down on such stages and turning it into what it really is — what they’re used to — a baseball game.

And it didn’t take long for them to do that, and get comfortable, in their NCAA opener against Campbell Friday night, as part of the Starkville (Miss.) Regional.

VCU, one of the top run-scoring teams in the nation and owners of the longest win streak in the nation, kept right on trucking with a seven-run second inning that propelled the team to an eventual 19-4 win at Dudy Noble Field.

The Rams (38-14) have now won 22 games in a row. They advance to a Saturday winners’ bracket game against regional host and No. 7 overall tournament seed Mississippi State (41-15), that'll start at 8 p.m. and that will be streamed online through ESPN3. The Bulldogs beat Samford 8-4 Friday.

For VCU, Friday marked the 19th time this season the squad has scored double-digit runs. It also tied the most runs ever by an Atlantic 10 team in the NCAA tournament.

"A great way to start. Very, very proud of how ready we were to go,” Stiffler said. “Hats off to our guys just for being ready. And our staff for getting them ready."

It was a frequent recent suspect who started it all. Catcher Hunter Vay, a former Thomas Dale standout, knocked a two-run, go-ahead home run in the second inning that gave VCU its initial lead, 2-1. It scored Jack Schroeder, who was hit by a pitch to start the inning.

Vay, last week, was named the A-10 tournament’s most outstanding player after notching three home runs and nine total RBIs in the first two games of the Rams’ title run.

"I was just trying to carry over what I did in the A-10 tournament and just not think too much about anything else other than that one at-bat,” Vay said. “And then I was just trying to get the guys rolling. And fortunate enough to actually do that."

Then the barrage ensued. Center fielder Hogan Brown drove in a pair of runs — second baseman Michael Haydak, who walked, and shortstop Connor Hujsak, who doubled. Third baseman Tyler Locklear drove in Brown on a single.

First baseman Steven Carpenter (New Kent), who reached on a hit by pitch, scored on a wild pitch. And, having batted around, Schroeder drove in Locklear with a single.

When it was all said and done, it was seven runs on five hits, and a 7-1 VCU lead through two innings.

Camels catcher Ty Babin got one back with a solo home run to start the third inning. But VCU kept mashing the pedal.

And, in the fifth inning, Brown smacked a grand slam that was part of a six-run frame overall, including RBI singles from Haydak and Locklear.

"The bats have been for a long time now,” Brown said. “And we got no signs of slowing down.”

Vay connected on a second two-run home run in the sixth inning to push the Rams’ lead to 19-2.

Entering Friday’s game, VCU had a mark of 8.4 runs scored per game, sixth nationally. After Friday, that average is now 8.6.

VCU reliever Campbell Ellis pitched the Rams out of a bases-loaded jam when he came on in relief of Tyler Davis in the sixth inning.

Before Davis, starter Bradford Webb went 4 2/3 innings, striking out five and allowing two runs. The Rams tamed a Campbell lineup that entered one spot ahead of VCU in the national rankings, averaging 8.7 runs.

The Camels scored late runs in the seventh, on a Connor Denning double, and in the ninth when Spencer Packard reached on an error, which allowed Marcus Skundrich to come home.

In Mississippi State Saturday, VCU will face a program with some of the best pitching arms in the nation. The Bulldogs entered regional play with the country’s highest strikeout rate per nine innings (12.4) and the ninth-best rate of hits allowed per nine innings (7.44).

Asked for his Mississippi State observations, Stiffler said, “They’re good,” with a laugh.

"I mean, they're good on all aspects,” Stiffler continued. “I mean, their starting pitching is really, really good, obviously. And they can match up out of the bullpen.”

On top of that, at a Dudy Noble Field that can fit almost 15,000 spectators, the Bulldogs will have plenty of home cooking behind them. Stiffler said Tuesday that getting the opportunity to play Mississippi State in its home park would be as good of a baseball experience as his players would have until the major leagues.

"They know they're walking into probably the best college baseball atmosphere in the country,” Stiffler said Saturday. “And they deserve that. And I want that for them. And I can trust that not only do they want to go into it, but they want to play well and win in it.”

Vay said he doesn’t believe the Rams feel any pressure at all. They’ve already played their big games, he said, forging a win streak that qualified them for their conference tournament, and then the NCAA tournament, in the first place.

Saturday’s opportunity is like a reward then, he said. And it’s one they’re ready to receive.