James Madison, VMI to play Saturday in first round of FCS playoffs

It started at City Diner on a summer morning in 2012.

Robby Robinson, who had been the radio play-by-play announcer for VCU men’s basketball games since 2008, was looking for a replacement at color analyst after Mike Ellis left for the University of Minnesota.

Mike Litos was a familiar face around VCU — someone who attended the school and who covered hoops through his CAAHoops.com site. He also had dabbled in radio, including for Colonial Athletic Association tournament games at the Coliseum and with former VCU play-by-play voice Terry Sisisky for Rams home games one season.

Robinson knew Litos understood what a basketball radio broadcast was supposed to sound like, and that he brought knowledge of the game and of VCU. So he invited Litos to meet for breakfast one day that summer of 2012, to discuss having Litos fill the VCU radio color analyst spot.

“I thought it was two guys just catching up, ‘Yeah let’s go have breakfast,’” Litos said of the invitation from Robinson. “And he sprung it on me that morning. He said, ‘Hey, Mike’s leaving, [former VCU athletic director Norwood Teague is] leaving, I need a color guy. How would you like to do it?’”

Litos accepted, and for the past eight seasons he and Robinson have illustrated VCU games for radio listeners together from their courtside perch.

But on Friday VCU announced that Litos will step away from the gig and that Rodney Ashby — a VCU basketball alumnus who already has been a part of halftime and postgame segments on broadcasts — will step in.

For Litos, the balancing act of the radio gig and his full-time job was becoming a challenge, with a commute from the Northern Neck on top of that. It was time.

“It was a way to be closer to the game, to be closer to the program,” Litos said of his role. “To do more of the things that I enjoy doing in my free time. I always tell people I had the greatest hobby on the planet, being able to broadcast those basketball games.”

His VCU fandom sprouted after arriving on campus. He attended the school from 1986-90. He went to as many games as he could as a student, and he eventually became a season-ticket holder.

Litos founded the site CAAHoops.com in 2004 and, in 2008, published the book, “Cinderella: Inside the Rise of Mid-Major College Basketball.”

For Litos and Robinson, things just clicked. The two had the ability to play off each other from the beginning, Robinson said.

“I think he kind of appreciated the way I would paint the picture of what was going on in a game,” said Robinson, who is also director of business development for VCU Sports Properties and a former pitcher at UVA (1994-96). “And he would understand my goofy analogies. And I think from there we just kind of built it. And I would understand where he was coming from.”

As Robinson puts it, the play-by-play announcer’s job is to tell the who, what, where and when, and the color analyst tells the why and how. Litos, Robinson said, was great at telling the why and how.

He also brought humor. They figured if they were having fun on the air, people were most likely having fun listening to them.

Four years ago, Litos moved out to the Northern Neck, which gave him an hour-and-50-minute commute to the Siegel Center. He also was experiencing greater demands with his full-time job as the director of client strategy and solutions at Halo Recognition.

Ashby, a Colonial Heights native who was on the team at VCU from 1990-94, had served in a variety of radio and TV roles for games already. It was natural for Ashby to step in, Litos said.

For Ashby, it was an easy decision. Broadcasting has helped fill the basketball void left when his playing days were over.

Ashby has been a VCU season-ticket holder for about 23 years. He’ll broadcast around his job as managing principal of Cornerstone RPO, a recruitment company he co-founded in 2005.

“I think that [Robinson] and I will have a good rapport because of our relationship off the court,” Ashby said. “And looking forward to doing it every single night.”

Litos, meanwhile, will continue to follow along and try to attend as many home games as he can. He also plans to continue to write about basketball on his site mglitos.com. 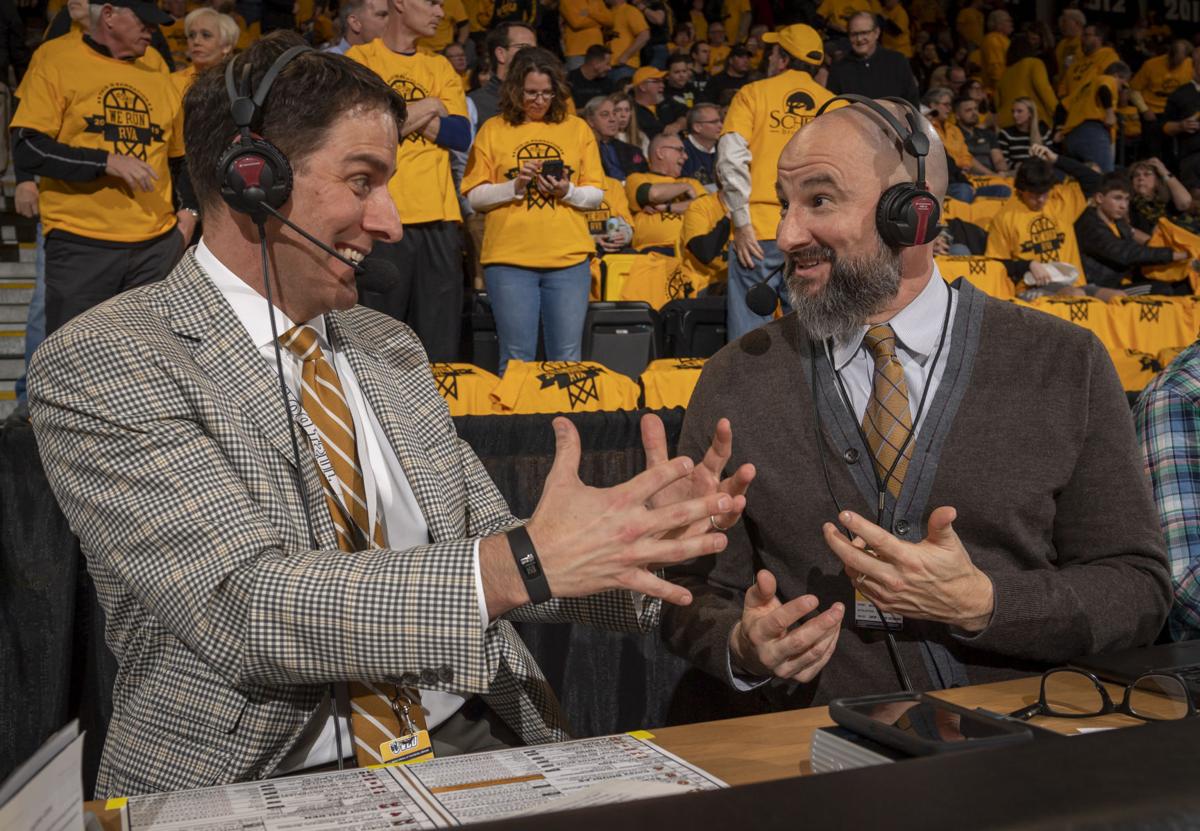 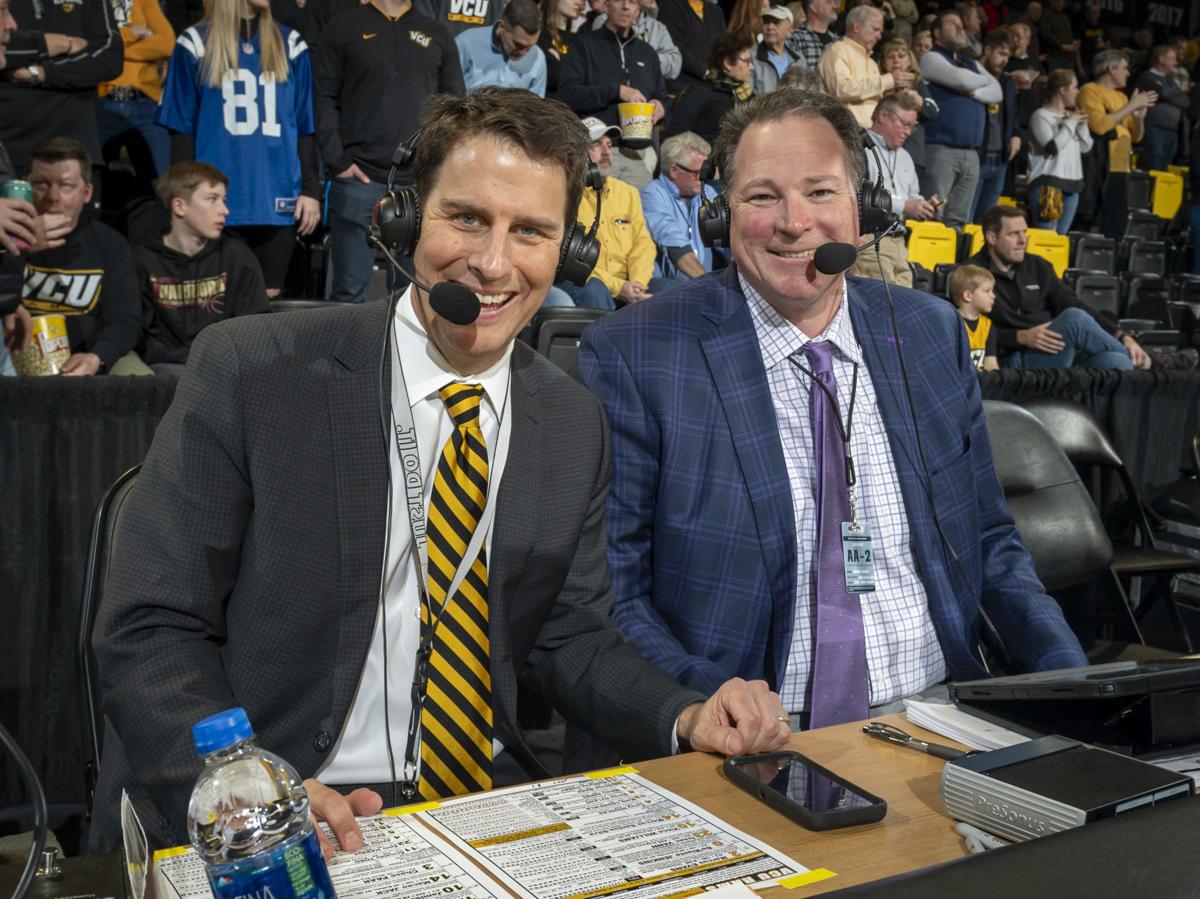