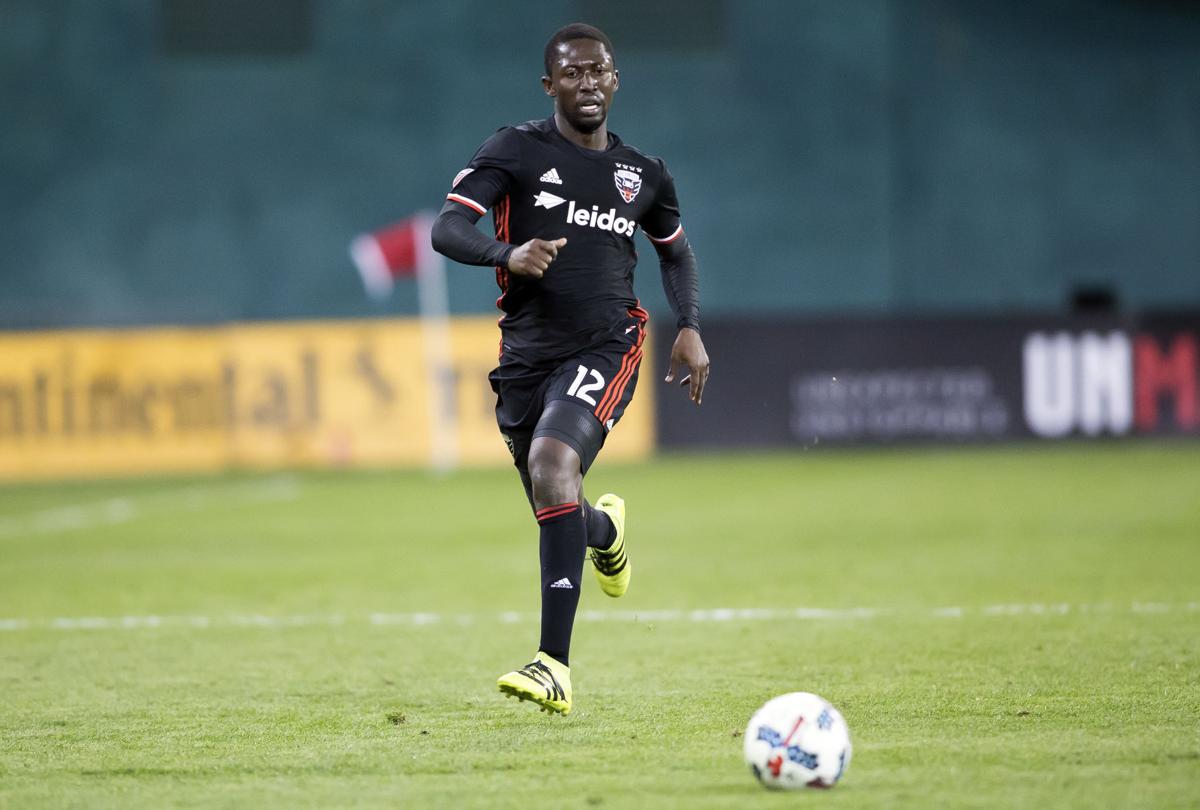 Patrick Nyarko, a former Virginia Tech standout and now a VCU assistant coach, had a 10-year career in Major League Soccer with the Chicago Fire and D.C. United. 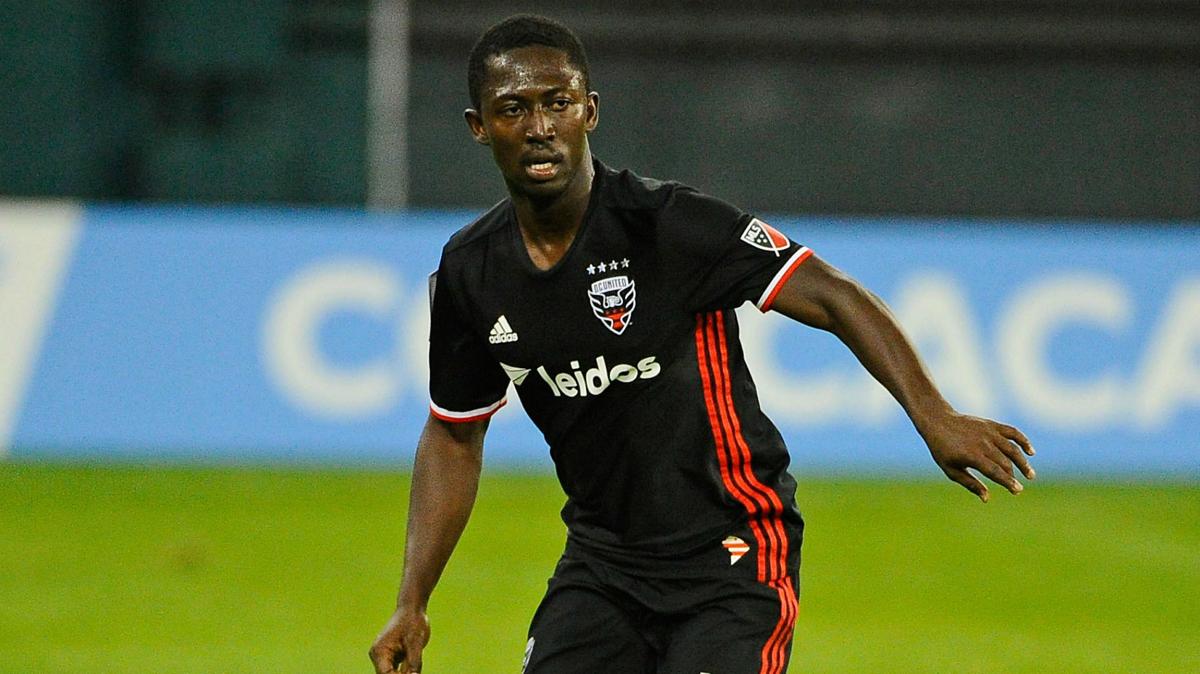 Within a collegiate program, no matter how high a level of roster talent, the coaching, or on-field mechanics, the one thing that can’t be replicated is the value of experienced players, VCU men’s soccer coach David Giffard said.

Patrick Nyarko has been in Giffard’s orbit for a while. He coached against Nyarko during Giffard’s time at Akron, when Nyarko was a star at Virginia Tech (2005-07). Giffard then followed Nyarko as he made the jump to Major League Soccer, picked seventh overall in the 2008 SuperDraft.

Nyarko went on to a 10-year career in the country’s top soccer circuit with the Chicago Fire and D.C. United. Giffard arrived in Richmond as VCU’s coach in 2010. Giffard got to know some connections Nyarko had in town, and as Nyarko’s playing career came to a close, the two discussed what was next.

Coaching was an area of interest. Nyarko and Giffard talked about that for a while. It materialized last month.

Giffard brought Nyarko onto his staff as a volunteer assistant coach, a move announced late last month. For the Rams, it added the voice of a 10-year pro not long removed from his playing days — like the value of an experienced player in the locker room as a mentor.

Nyarko scored 31 goals and had 24 assists at Virginia Tech in three seasons, both third in program history, before leaving for MLS.

Chicago took him in the first round of the SuperDraft in January 2008.

By his second year, Nyarko, a midfielder, was a regular starter for the Fire. Facilitation was a forte. He had a career-high 10 assists in 2010 and finished with 39 for Chicago in his eight years there, which is third in club history. He was traded to D.C. United in January 2016, where he played his final two seasons.

But a challenging undercurrent to Nyarko’s career was his multiple head injuries. He had eight documented concussions. His final season in 2017 was cut short after he suffered his eighth.

“My game was predicated on being aggressive and, obviously, being fouled a lot and all of that,” Nyarko said. “So, I honestly wouldn’t change it. I wish it did not happen a lot of times. But I think it really had to do with the way I played.”

Nyarko, admittedly, had not been ready to walk away. However, it made sense for his long-term health.

Done with playing, Nyarko first explored the world of player representation. He worked to scout and recruit players for Stellar Group, a soccer agency, for a time.

It eventually became apparent to Nyarko that he wanted to coach. He was in contact with Giffard, and they made it happen.

Giffard said Nyarko’s character led him to the thought that he could be a good coach.

“His willingness to help with younger guys when he played,” Giffard said. “I had some friends and former players that played with him different stops along the way, and they always had really positive things to say about him in the locker room and what he was like as a teammate.”

Nyarko has dived in during an unprecedented time. The Rams usually would be solidly into their in-season routine by now. Instead, this time has been all training, Monday through Friday. The team will mix in some Saturday night scrimmages.

But Nyarko has been impressed by the players’ attitude and commitment with no immediate reward ahead. There’s still the possibility of a spring season.

Giffard and staff are trying to make this fall semester without games the best period of development any of their players have had to this point in their careers.

As part of that, digging from his well of experiences, Nyarko has tried to harp on the mental side of the sport. That is crucial to a long career, he said.

“Obviously, most of these kids now in college and especially at VCU have hopes of playing beyond this level,” Nyarko said. “And I think that experience that I’ve had will help them.”

At this point, Nyarko doesn’t want to define where he may want to take his career in coaching.

He’s at VCU to learn, he said, and it seems clear the relationship already has been mutually beneficial.

“All those kids want to improve. They ask a lot of questions. They’re hustling and working so hard every day, although they have nothing to look forward to,” Nyarko said. “So, in terms of that, it makes going into work every day pretty exciting, because you know these kids want to improve and you’re going to be a little part of that growth that they go through.”

An emerging VCU athletics committee is putting a focus on diversity, equity and inclusion.

VCU, all of a sudden, got a big dose of experience Thursday.

Ed McLaughlin, Virginia Commonwealth University’s vice president and director of athletics, said that with an optimist’s eye he could see a ne…

After unique career at Virginia Tech, Devin Wilson landed at VCU as graduate assistant, with sights set on athletics administration

After his unique playing career at Virginia Tech, Devin Wilson landed at VCU as a graduate assistant. He has his sights set on athletics administration.

Less than two weeks into the fall semester, VCU has encountered a significant cluster of COVID-19 cases within its athletic department.

It’s interesting, Lanto Griffin said, how your perspective changes when you finally obtain goals that for so long seemed so unobtainable.

Report: Former VCU coach Will Wade arranged or offered benefits to at least 11 in recruiting efforts at LSU

According to an ESPN report on Wednesday, LSU men’s basketball coach Will Wade “either arranged or offered ‘impermissible payments’” to at lea…

With classes back in session, VCU athletes train with uncertain road ahead

With classes back in session, VCU athletes train with uncertain road ahead

Patrick Nyarko, a former Virginia Tech standout and now a VCU assistant coach, had a 10-year career in Major League Soccer with the Chicago Fire and D.C. United.