VCU’s men’s and women’s basketball programs moved into the $25 million Basketball Development Center in 2015, which is one of the signs of growth since the Final Four. 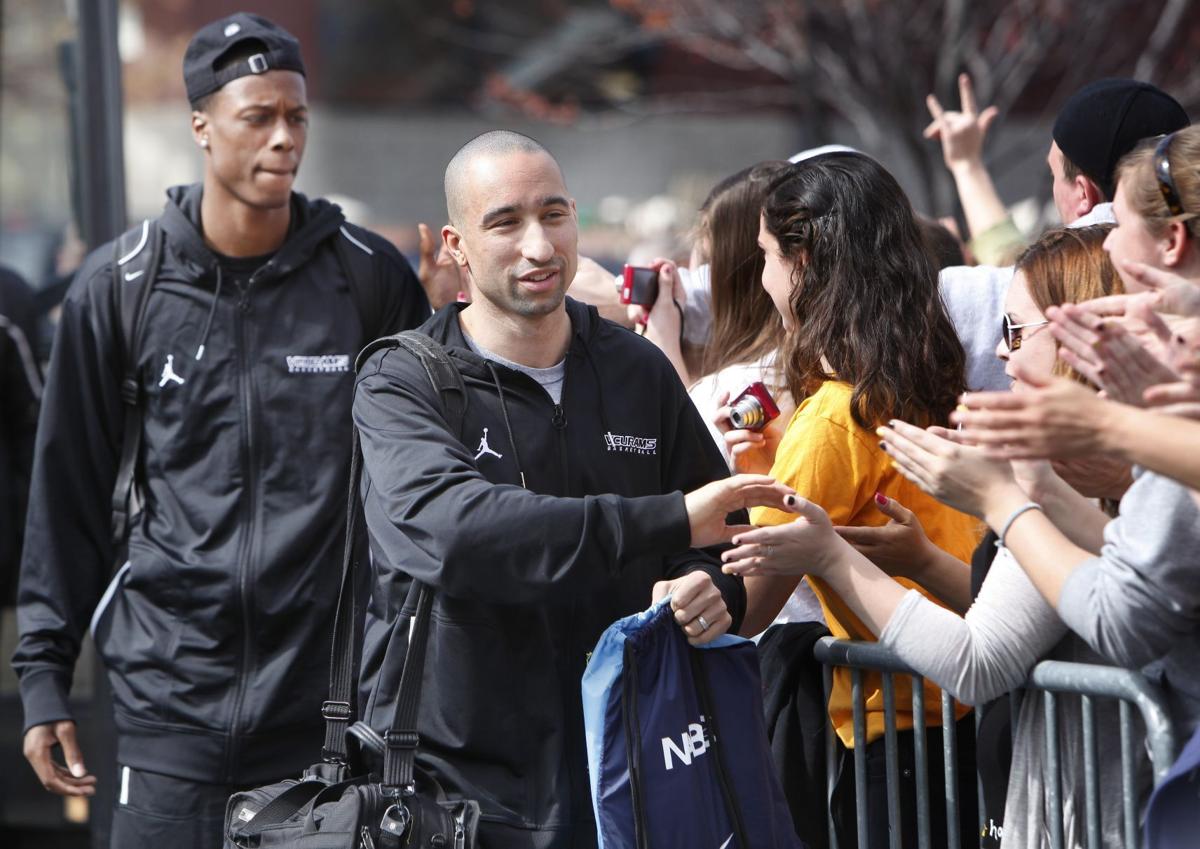 This story is the fourth and final in a series looking back at VCU's 2011 run to the Final Four, and the impact of it, 10 years later.

The night VCU lost to Butler in the 2011 Final Four, athletic director Norwood Teague told his athletics administrative staff that “our work has just begun.”

The Rams’ magical run to NCAA tournament Cinderella status happened over the course of just about two and a half weeks. But the university’s charge was to further capitalize on what the men’s basketball team accomplished, and the wider spotlight that came with it.

“I couldn’t believe how it changed things,” said Teague, VCU’s athletic director from 2006-12. “And how much more of a brand we became.”

A program that already was trending upward has continued to grow in terms of resources and profile in the 10 years since.

The program jumped from the Colonial Athletic Association to the Atlantic 10, enhanced the Siegel Center and built the $25 million Basketball Development Center across the street from it — the profound headquarters of the VCU men’s and women’s hoops programs since 2015.

And, throughout all of that, the Rams have qualified for nine of the past 10 NCAA tournaments. The 2011 tournament was the first in that stretch.

Rhoades first arrived in the Richmond area in 1996, when he became an assistant coach at Randolph-Macon in Ashland. He went on to serve as head coach there from 1999 to 2009, before Smart hired him at VCU.

And it still stands out to Rhoades the effect that the Final Four run had on the area.

“I just think it was such a positive time to be in RVA and Central Virginia,” Rhoades said. “And people still bring that up to me now, 10 years later, about how the city came together in so many ways during VCU’s run.”

Daniel Roose, the director of sports performance for VCU’s men’s basketball team from 2009-15 and from 2019 to present, said, “I can’t describe a more fun three weeks than what we did.”

Richmond native Brandon Rozzell, a senior guard in 2010-11, said the fact that people still call him the “mayor” of Richmond today speaks for itself. That was a nickname coined in the tournament, when Rozzell dropped 26 points, including six 3-pointers, in the Rams’ win over Georgetown in the 2011 Round of 64.

The Final Four run, he felt, unified the city from all sides.

“Everybody was black and gold,” he said. “Everybody was behind our team, from every part of the town. So it just felt good just to have something to root for, I feel like.”

According to a Times-Dispatch story in the week right after the Butler game, it was estimated that VCU sold at least 55,000 T-shirts during the run. Also, donations to the VCU athletic department were already up 20% at that time.

A sellout streak for games at the Siegel Center began in January of 2011 before the Final Four run and has continued since, for 166 straight contests.

Ed McLaughlin was hired as VCU’s athletic director in the summer of 2012. To him, the single most important thing the Rams have been able to do to build on the Final Four run is continue to make the NCAA tournament.

“It’s nice to make the Final Four, but [you have to]build on that momentum and continue to win and continue to grow as a program and invest,” McLaughlin said. “Those were huge. And, obviously, one of the big things that helped that, too, was building the [Basketball Development Center]. That certainly helped validate from a recruiting perspective that we expect to be playing in March.”

VCU moved its athletic programs to the A-10 ahead of the 2012-13 academic year. That has helped the Rams, for one, in that the A-10 is perennially a multibid conference in men’s basketball and also with TV exposure.

“The TV revenue and revenue distribution in the Atlantic 10 is great. And it certainly helps,” McLaughlin said. “But the free advertising you get playing on national TV is just enormous.”

McLaughlin said VCU is building toward competing for and winning a national championship, across multiple sports. The goal is to continue to go to the NCAA tournament, and advance, in multiple sports.

“We’ve shown flashes and been able to do it over the years, whether it’s with basketball or baseball or tennis, or whatever,” McLaughlin said. “But I certainly think that we can grow and to be a top 25 program across the board.”

For the men’s basketball program in particular, the Final Four run still is something Rhoades uses in pitches to recruits. A giant 2011 Final Four logo is emblazoned on the wall above the team’s practice court in the Basketball Development Center.

Rhoades said he wants to do it again — he wants his current players to dream that.

The 2010-11 team dared to believe. And the effects of it still are being felt.

VCU’s men’s and women’s basketball programs moved into the $25 million Basketball Development Center in 2015, which is one of the signs of growth since the Final Four.