VCU's inside presence stood out against Richmond, will again be important versus George Mason Saturday
0 comments
Share this
{{featured_button_text}}
1 of 2 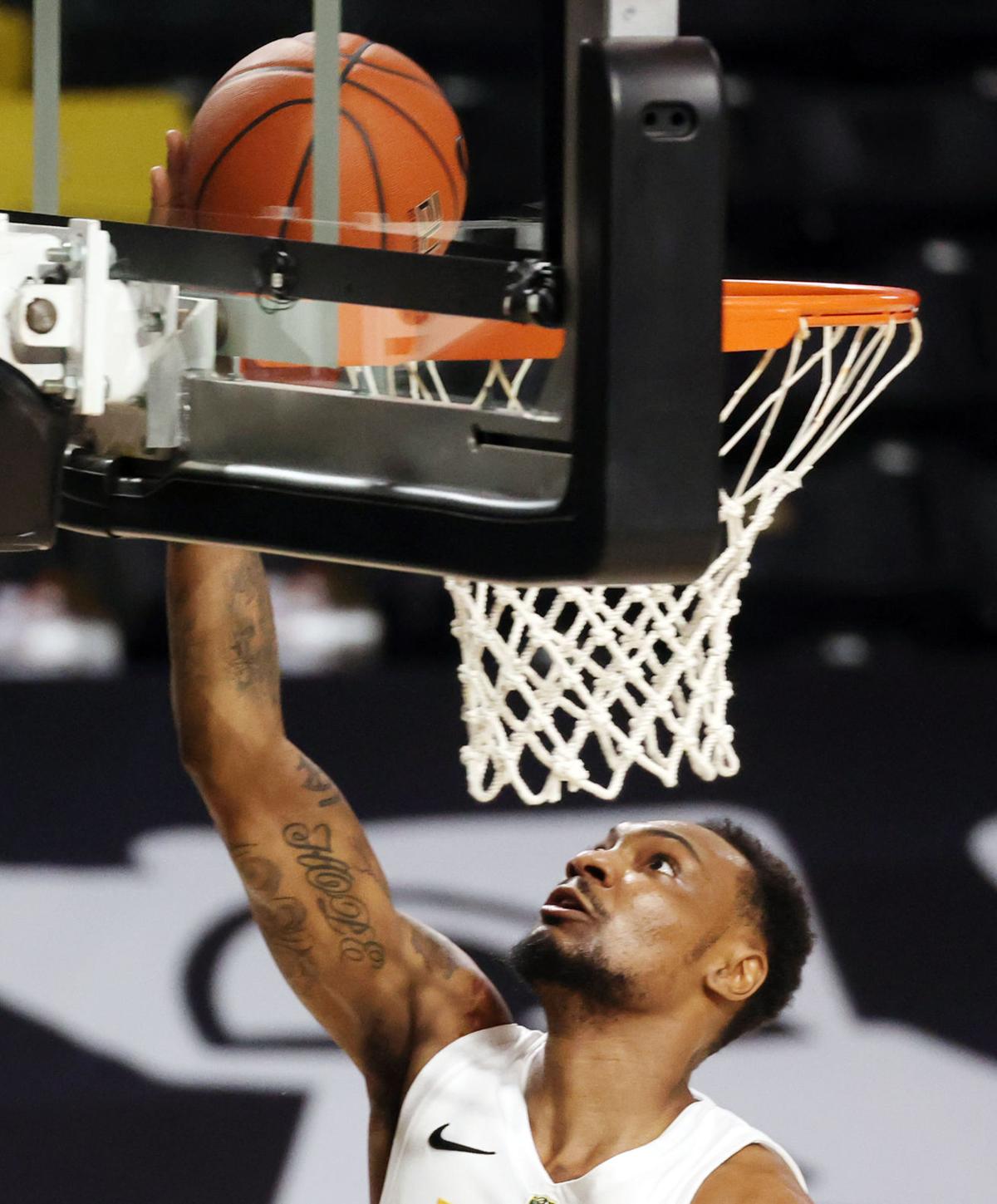 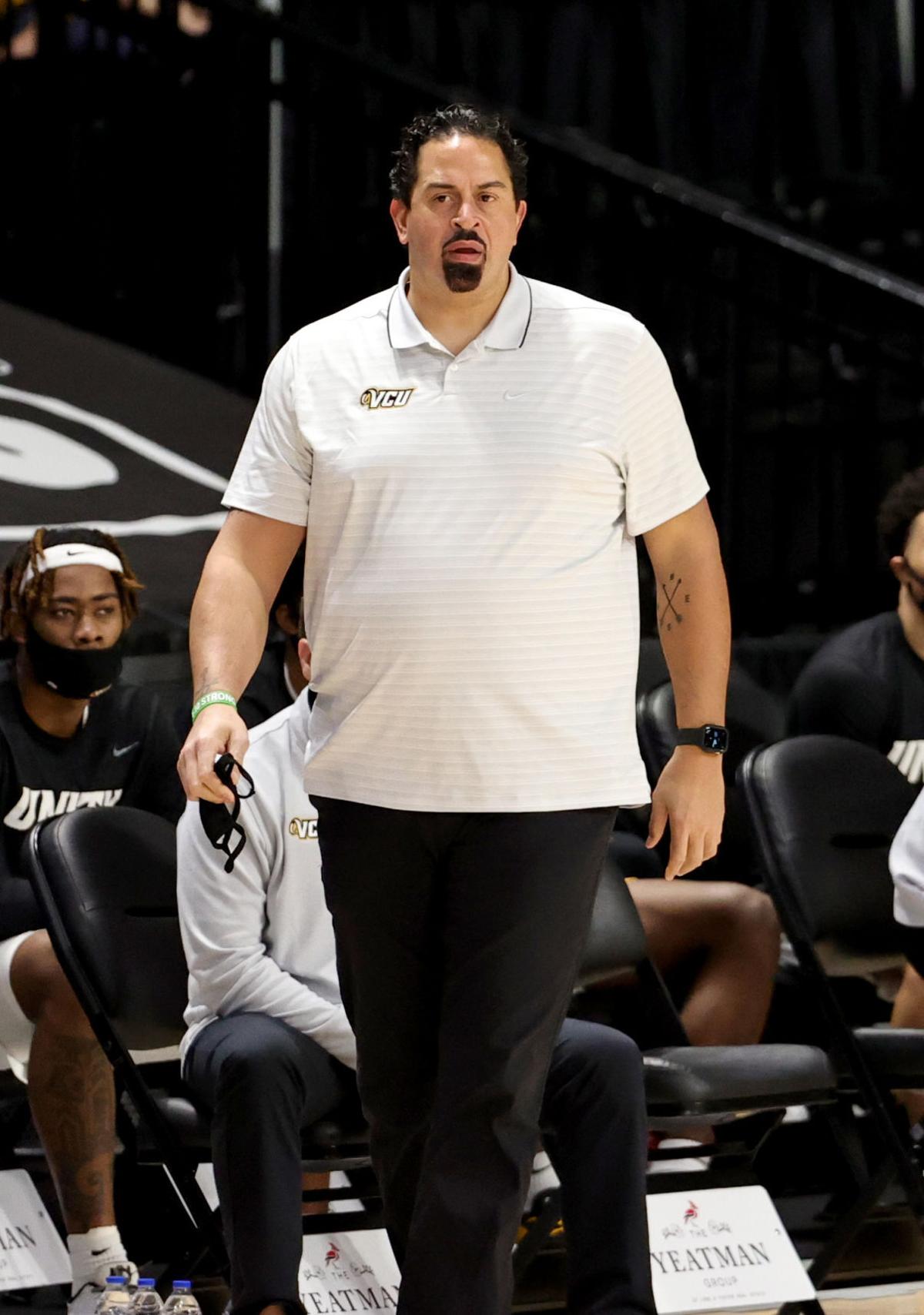 VCU men's basketball assistant coach Brent Scott is at the game against Rhode Island during at the VCU Siegel Center in Richmond, VA., on Saturday, Jan. 9, 2021.

Against Richmond on Wednesday, VCU submitted one of its most dominant interior performances of the season.

Coach Mike Rhoades remarked afterward that the Rams’ Havoc actually came at the rim in the matchup.

The defense helped limit Richmond to 14 of 30 on layup attempts and 32.8% shooting overall from the field, the team’s lowest mark of the season.

“And a lot of guys contributed to that,” Rhoades said.

Rhoades and Co. would welcome that quality of play inside again on Saturday when George Mason (9-8, 5-6 A-10) visits the Siegel Center for a 2:30 p.m. tipoff.

First-place VCU (16-4, 9-2) will be looking for a seventh straight victory and a second against the Patriots this season. George Mason is the third-best rebounding team in the A-10 (37.8 per game) and carries the league’s third-most blocks (72).

“We got to continue to do what we do, and try to limit them to one shot, one possession,” said VCU assistant coach Brent Scott, who works with the Rams’ post players. “We got to finish possessions, we got to rebound.”

The Rams, against Richmond, also registered seven blocks, their most since they had nine against Dayton on Jan. 23. In addition to the blocks, it was simply stout resistance that contributed to the effort.

Rhoades has spoken of the importance of vertical square-ups: jumping straight up, forcing a miss and securing the rebound — and how they’re sometimes more valuable than blocks.

Rhoades said senior forward Corey Douglas is one of the best he’s ever coached at executing vertical square-ups. Scott has seen an improvement in that area from forwards Levi Stockard III and Mikeal Brown-Jones, as well as wing Vince Williams.

“I think, throughout the season, our guys have continued to get better at protecting the rim without fouling,” Scott said. “And I think it also gives our guys on the perimeter more confidence when you know you have those guys back there.”

Douglas cited timing as one of the biggest keys to defending inside. Also knowing opponents’ tendencies — if a player prefers to shoot with one hand or the other, Douglas as a defender can shade that way.

“And it’s getting your hands up and just making the shot harder,” Douglas said. “It’s not necessarily like you’re trying to get a block. Just make the shot as hard as possible.”

In the first game between George Mason and VCU, a 66-61 VCU victory on Jan. 6 in Fairfax, the teams finished an even 36 to 36 in the rebounding department and the Rams outscored the Patriots 32-24 in the paint.

Douglas, remembering the first matchup, said the Rams are going to have to be cautious of the Patriots’ bigs slipping, and make sure the help-side defense is there to combat it.

“That’s really going to be our biggest emphasis going into the game,” Douglas said.

Scott said this year’s group has been one of his favorite groups of bigs to coach. And if the Rams can continue to get the type play inside from them that they’ve had lately, and supplemented by the guards, it figures to bode well for VCU as it continues to fight for the league’s regular-season title.

“Just going on this stretch, you can really see guys are locked in even more,” Douglas said. “Everyone’s really picking up everything we need to do.”

Note: VCU announced Friday that its games at Dayton (March 3) and at Richmond (March 6) have been canceled. That follows the A-10’s move to push the majority of the men’s tournament up to March 3-6, which was announced Thursday. So VCU at the moment just has games vs. George Mason (Saturday), Saint Louis (Tuesday) and at Davidson (Feb. 27) left.

VCU men's basketball assistant coach Brent Scott is at the game against Rhode Island during at the VCU Siegel Center in Richmond, VA., on Saturday, Jan. 9, 2021.