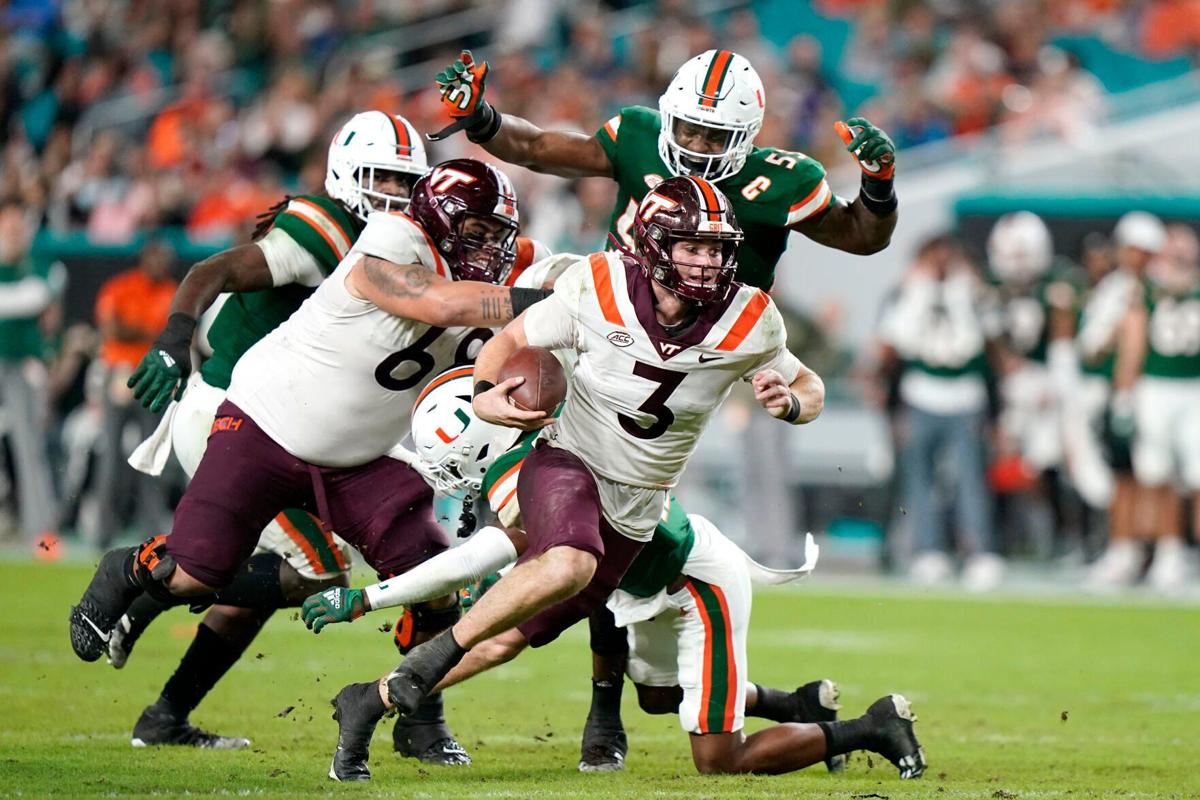 Virginia Tech quarterback Braxton Burmeister (center) runs past for a first down against Miami on Saturday. 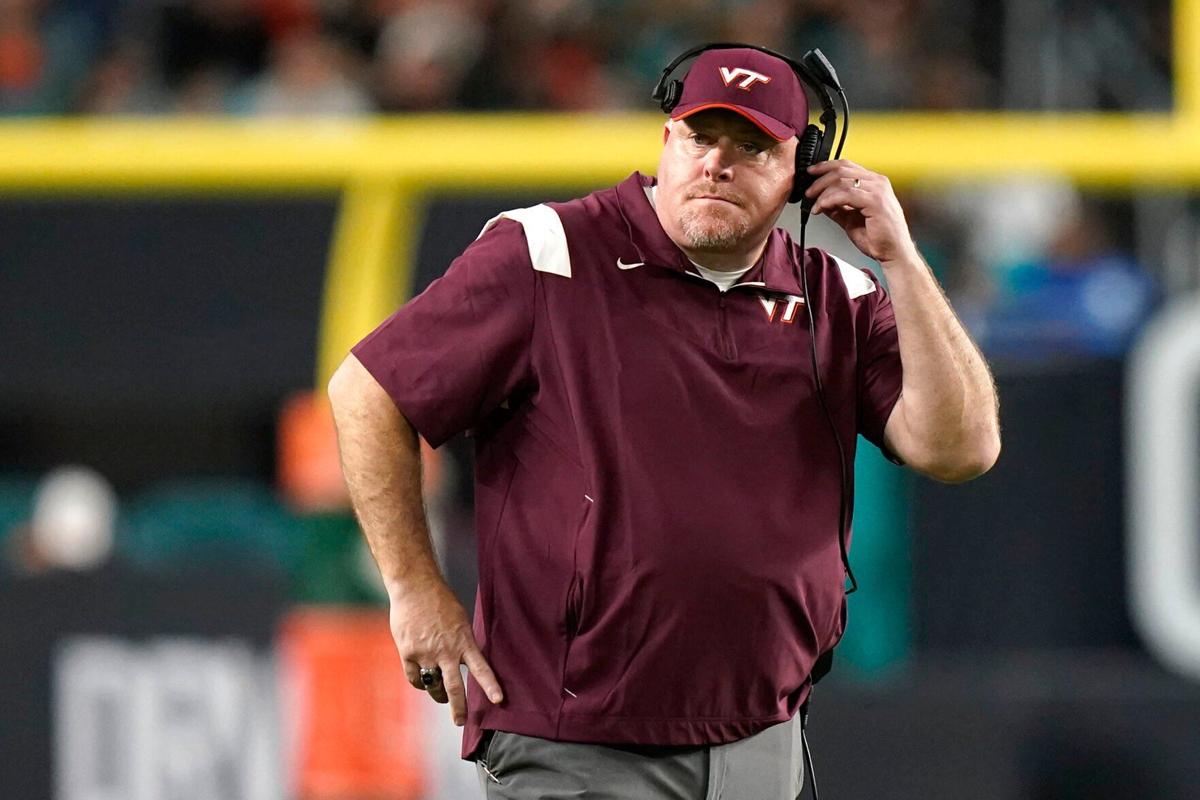 By Mike Niziolek The Roanoke Times

BLACKSBURG — Virginia Tech interim coach J.C. Price said a decision hasn’t been made about who will start at quarterback against the University of Virginia on Saturday.

The uncertainty comes on the heels of Connor Blumrick taking over at quarterback for Braxton Burmeister midway through the third quarter against Miami. The two rotated in the first half, but Burmeister didn’t return to the game after fumbling on the first drive of the half.

Blumrick orchrestrated a pair of scoring drives — he threw touchdowns to Kaleb Smith and Da’Wain Lofton — to make it a one-possession game. He also ran the ball 13 times for 132 yards.

"We are going to decide whether it gives us the best chance to win, like we did last week,” Price said, on Monday. “Both Braxton and Connor did a lot of good things in the game. Corn and the offensive guys will determine that later in the week.”

Burmeister was 14 of 17 for 109 yards with a touchdown and ran the ball 17 yards for 52 yards. The team is 8-7 with Burmeister as a starter going back to last season, but the team has faced significant hurdles throwing the ball this season.

He has 1,819 passing yards (56.4%) with 13 touchdowns and four interceptions in 11 games. The Hokies passing offense ranks No. 109 out of 130 FBS teams with 182.9 yards per game. The only team in the ACC averaging fewer passing yards per game is Syracuse.

Burmeister has battled an upper body injury in recent weeks as well that’s knocked him out of multiple games. Price said the decision to go with Blumrick in Miami wasn’t injury related.

If Blumrick gets the starting nod he would be the sixth different starter in the Commonwealth Cup in as many years. The Hokies have gone with Jerod Evans (2016), Josh Jackson (2017), Ryan Willis (2018), Hendon Hooker (2019) and Braxton Burmeister (2020) during that stretch.

The only stretch that comes even remotely close is the three different quarterbacks used in the rivalry between 2004-06 with Bryan Randall (2004), Marcus Vick (2005) and Sean Glennon (2006).

Price praised Blumrick for even being available for Saturday’s game considering the injury he suffered earlier this season against Notre Dame.

“Here's a guy that probably could have rode it out and not played the rest of the year, but instead he goes out and attacks the rehab, gets his body right, gets him back to where he can perform and our kids saw that,” Price said.

He reiterated what he said Saturday about Blumrick’s physical downhill running style giving Tech a boost.

“Our kids saw him go out, and every run he was trying to finish,” Blumrick said. “He's a big strong guy. The running game is different with him than the running game with Braxton ... It says something about his character and his makeup, how much he cares about his teammates for him to come back and play just as hard as he did and run the ball as hard as he did on Saturday.”

Virginia Tech quarterback Braxton Burmeister (center) runs past for a first down against Miami on Saturday.