US to resume policy for asylum-seekers to wait in Mexico

Hollifield remembers the negativity surrounding the program reaching a fever pitch two years ago after a 45-10 home loss to Duke dropped the Hokies to 2-2.

Tech is in a similar position this fall coming off another ugly home loss — a 28-7 offensive stinker to Pitt — and disappointing .500 record.

Speculation about coach Justin Fuente’s job status is dominating social media again with fans centering their criticism on a Hokies offense ranked No. 120 in the FBS (among 130 teams).

“If you are not in this locker room, it feels like everybody is against us,” Hollifield said.

While the veteran defender doesn’t agree with much of the vitriol aimed at the team, he offered a thoughtful response to the fan base’s growing frustration.

“Do I think it’s fair? No,” Hollfield said. “Do I think that’s what is required to play here at Virginia Tech? Ten-win seasons should be the normal here, that’s what the fan base expects. Competing for the ACC championship every year or Coastal championship at least, is what Hokie nation expects. So no, I don’t think it’s fair, but I understand where I play football at and where I go to school at, and what the standard is here.”

Hollifield said no one in Tech’s locker room is happy with the 3-3 record, but the players feel they finished the toughest stretch of their schedule and two of the losses were in one-possession games the Hokies were a play away from winning.

“It’s not an excuse, I just think we have a lot better road ahead of us,” Hollifield said.

Hollifield was encouraged by how the team responded on Sunday with a “juiced up” workout, and that carried to Tuesday with a similarly intense practice. He’s also happy with the way the defense has continued to rally around the offense as it tries to work out of an extended slump.

A key factor in the team’s 2019 turnaround was Tech’s change at quarterback from Ryan Willis to Hendon Hooker. The coaching staff hasn’t indicated that Braxton Burmeister is at risk of losing his job yet — he was 11 of 32 for 134 yards with a touchdown and interception against Pitt — and the focus is getting him to play to his potential.

Hollifield said the defense is committed to doing its part.

He noted the team’s defensive improvement in 2019 also played a significant role in Tech winning seven of eight games to put the program one win away from capturing the Coastal Division title. That included a three-game stretch when the defense allowed just 5.6 points and 204 total yards per game.

“They need somebody to help them up,” Hollifield said. “We need to do that for them. We are playing at a pretty high level on defense right now, but to become an elite defense, we have to get more turnovers, spark plays in the red zone, and getting good field position for the offense is crucial going forward to get a little momentum going.”

“Our record might show 3-3, but I feel like we are so much closer than that record shows,” Hollifield said. “I think this season can be a really good season if we play to our potential in the next half. I’m very confident we can do that.” 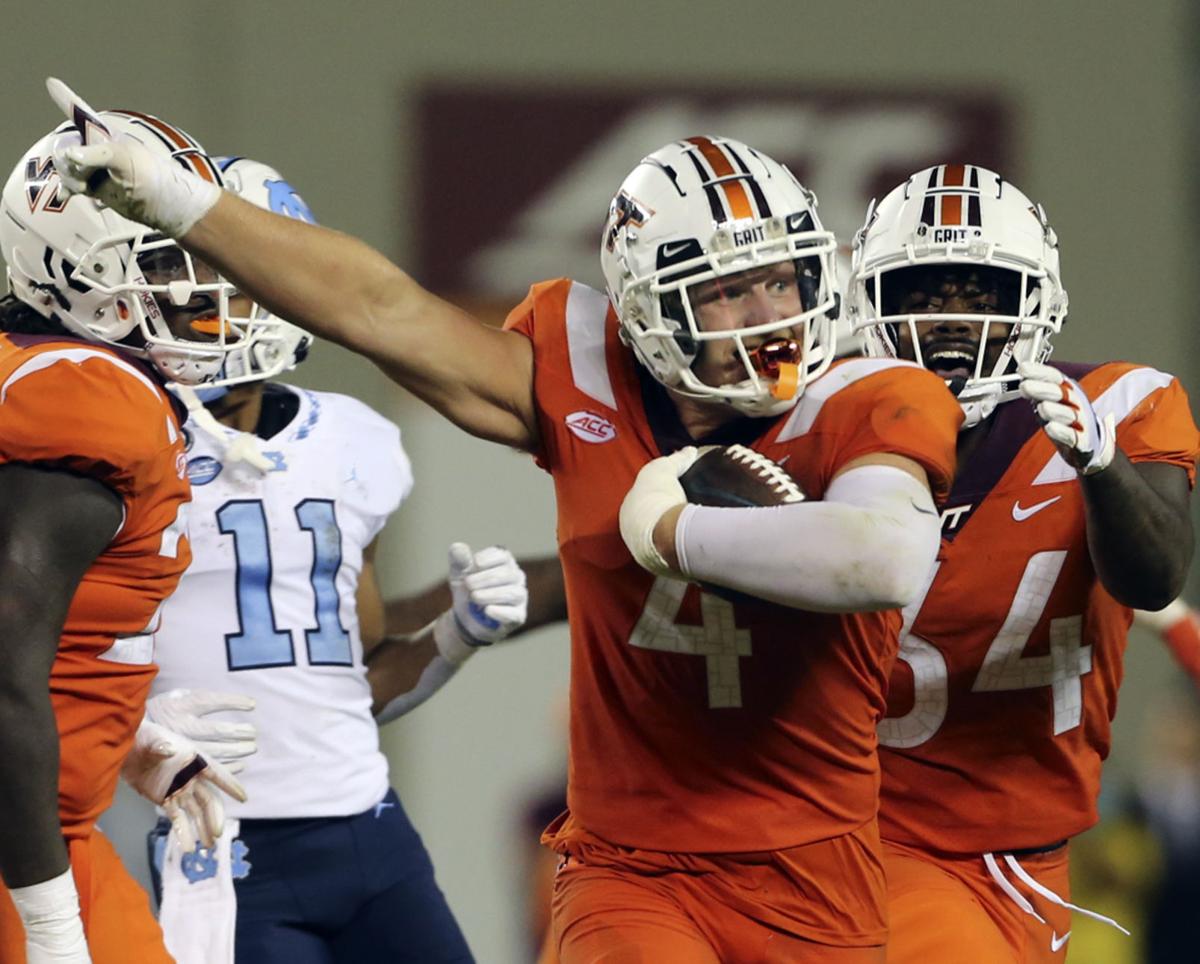 Virginia Tech's Dax Hollifield (4) celebrates getting an interception with Alan Tisdale (34) in the second half of the Virginia Tech - North Carolina college football game in Blacksburg Friday September 3 2021. 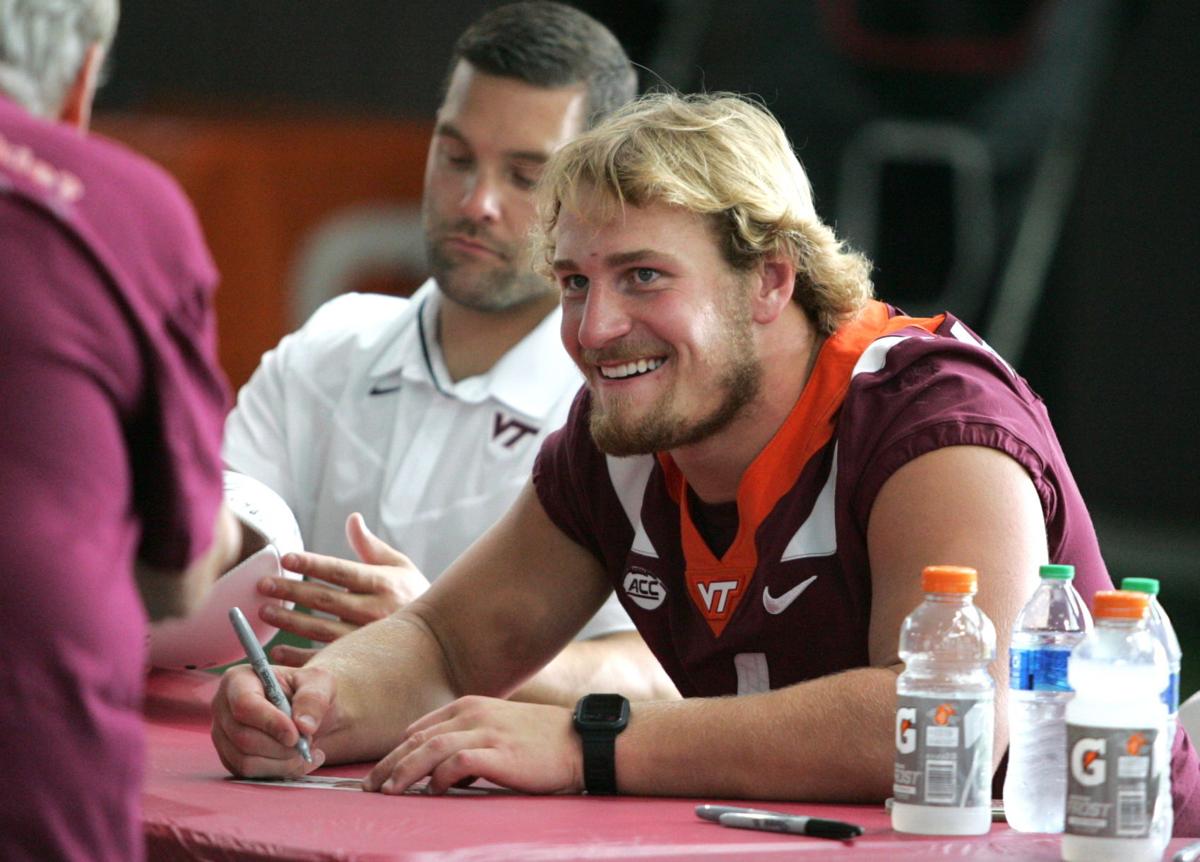 Dax Hollifield sees an easier road ahead on the schedule for Virginia Tech’s 3-3 football team.