Virginia Tech expects to start Hendon Hooker at QB, but Braxton Burmeister will play
0 comments
Share this
Return to homepage × 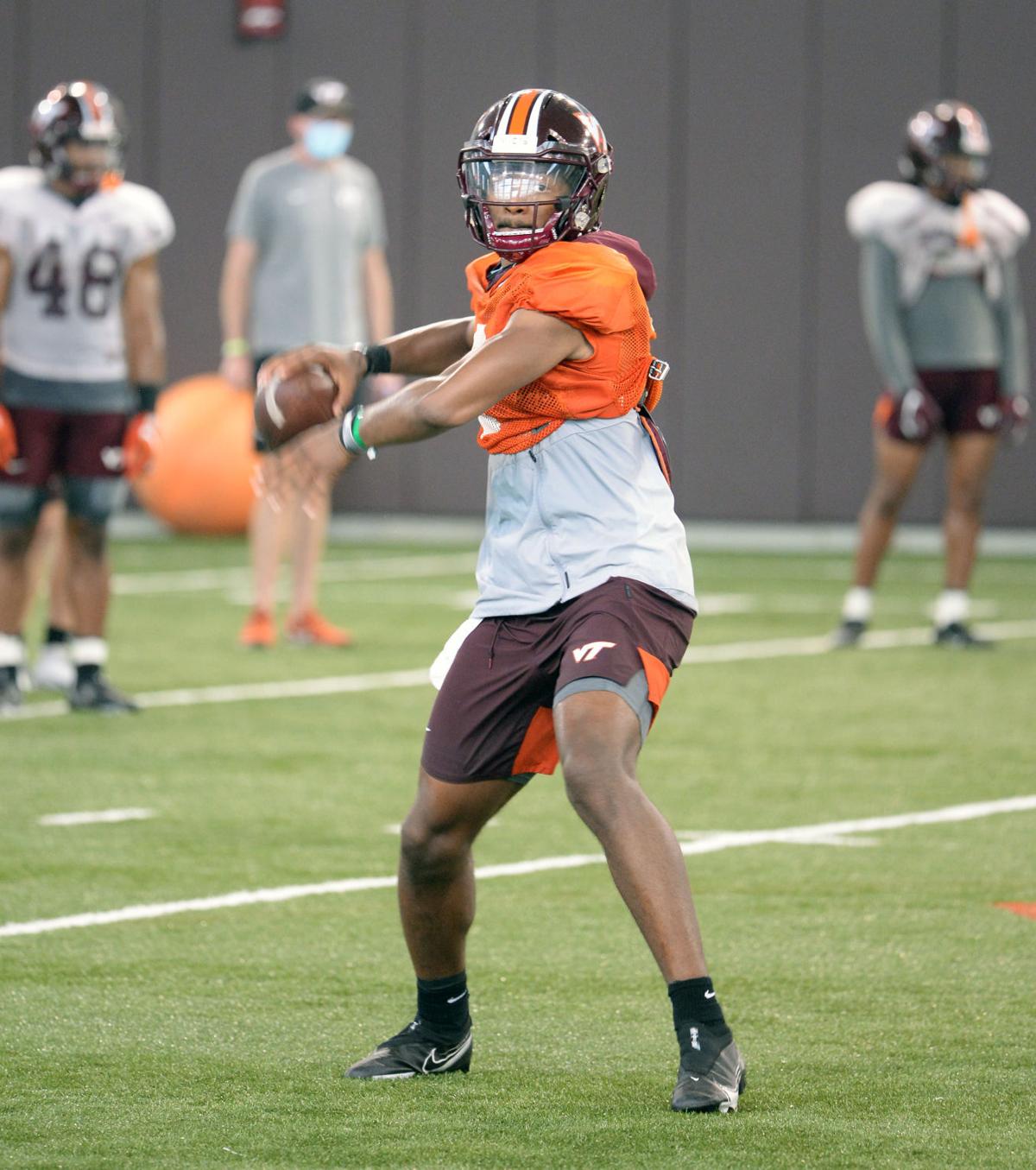 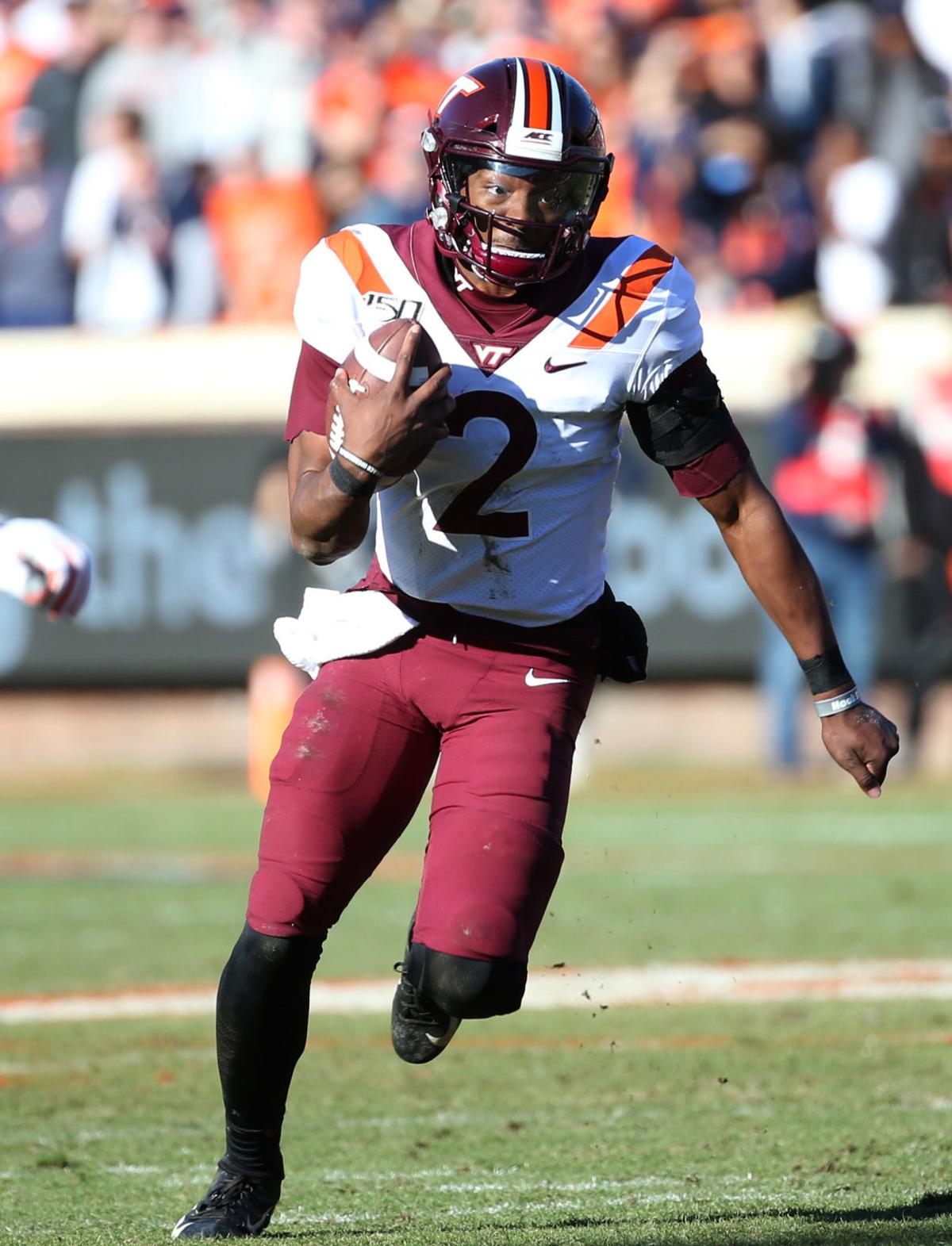 If Virginia Tech opened the college football season this weekend, Hendon Hooker would be the team’s starting quarterback, but Oregon transfer Braxton Burmeister would also play.

Of course, coach Justin Fuente acknowledged Wednesday morning, that if the Hokies had a game this weekend, as had originally been scheduled, they would have had a hard time fielding a team, because of contact-tracing issues.

Instead, Fuente’s crew will kick off the 2020 season on Sept. 19 when they host rival Virginia, and Hooker, who won his first six starts last year, will be behind center for the Hokies’ first drive.

“If we were to play a game right at this moment, Hendon would start for us,” Fuente said. “Hendon is our starter, he deserves to play, and Braxton has earned that right to play as well.”

Hooker, a 6-foot-4, 220-pound Greensboro, N.C. native, competed with Burmeister and sophomore Quincy Patterson for the job in preseason camp. Burmeister, who sat out last season under NCAA transfer rules, will serve as the team’s backup.

Tech opens against Virginia because its original Week 1 opponent, North Carolina State, dealt with its own COVID-19 outbreak and had to push its trip to Blacksburg back to Sept. 26.

So, Hooker and his teammates get an extra week to prepare for a UVA squad that beat them 39-30 in Charlottesville last season, ending a 15-year run of possessing the Commonwealth Cup for the Hokies.

That game was Hooker’s first loss as a starter.

After an embarrassing home loss to Duke last September, Tech benched quarterback Ryan Willis and turned to Hooker. The Hokies beat Miami, Rhode Island and North Carolina behind Hooker, who then sat out the team’s loss to Notre Dame with a minor injury.

He returned to the lineup the following week and led Tech to wins over Wake Forest, Georgia Tech and Pittsburgh, before ending the season with a loss to rival Virginia and a Belk Bowl defeat by Kentucky.

For the season, Hooker went 99 for 162 passing, a 61.1 completion percentage, throwing for 1,555 yards and 13 touchdowns. He was intercepted just twice. Hooker also ran for 356 yards and five scores.

“He jumped in there in the middle of the season and played pretty well,” Fuente said.

Still, spring practice was billed as Burmeister’s big chance to unseat Hooker and win the job. The 6-1, 205-pound California native played in 11 games for the Ducks, starting five as a true freshman in 2017.

COVID-19 forced the cancellation of the team’s practices in March and April and left Burmeister and Patterson with just a few weeks of preseason camp to show coaches they should take over for Hooker.

Hooker proved up to the challenge, though Fuente emphasized Burmeister has performed well enough to play.

And Hooker said Burmeister was impressive.

“Really he’s a playmaker,” Hooker said. “It would be difficult situations where he would just make a play out of nothing. That’s something that I try to incorporate in my game as well. So just seeing him go out there and make plays and have fun, that was … I love seeing the other quarterbacks succeed as well. So, really, I’m just a fan at that point as well.”

As for Patterson, who played in limited packages for most of last season but started the Notre Dame game in place of Hooker, he still hopes to get chances to contribute.

“You don’t play the sport to watch,” Patterson said. “You want to be on the field. You do all this stuff in the offseason to be on the field. Sometimes things don’t go your way necessarily, so you have to kind of not look past it, but realize I could be used in some other way and there’s something that I can still do for this team to help.”

Also Wednesday, Fuente confirmed that wide receiver Jaden Payoute, the former L.C. Bird High School star, suffered a leg injury that required surgery. Fuente said Payoute, a redshirt freshman who had impressed the coaches this preseason, will be out “indefinitely.”

Dr. Stefan Duma is the director of the Institute for Critical Technology and Applied Sciences at Virginia Tech. He discusses with Wes McElroy …