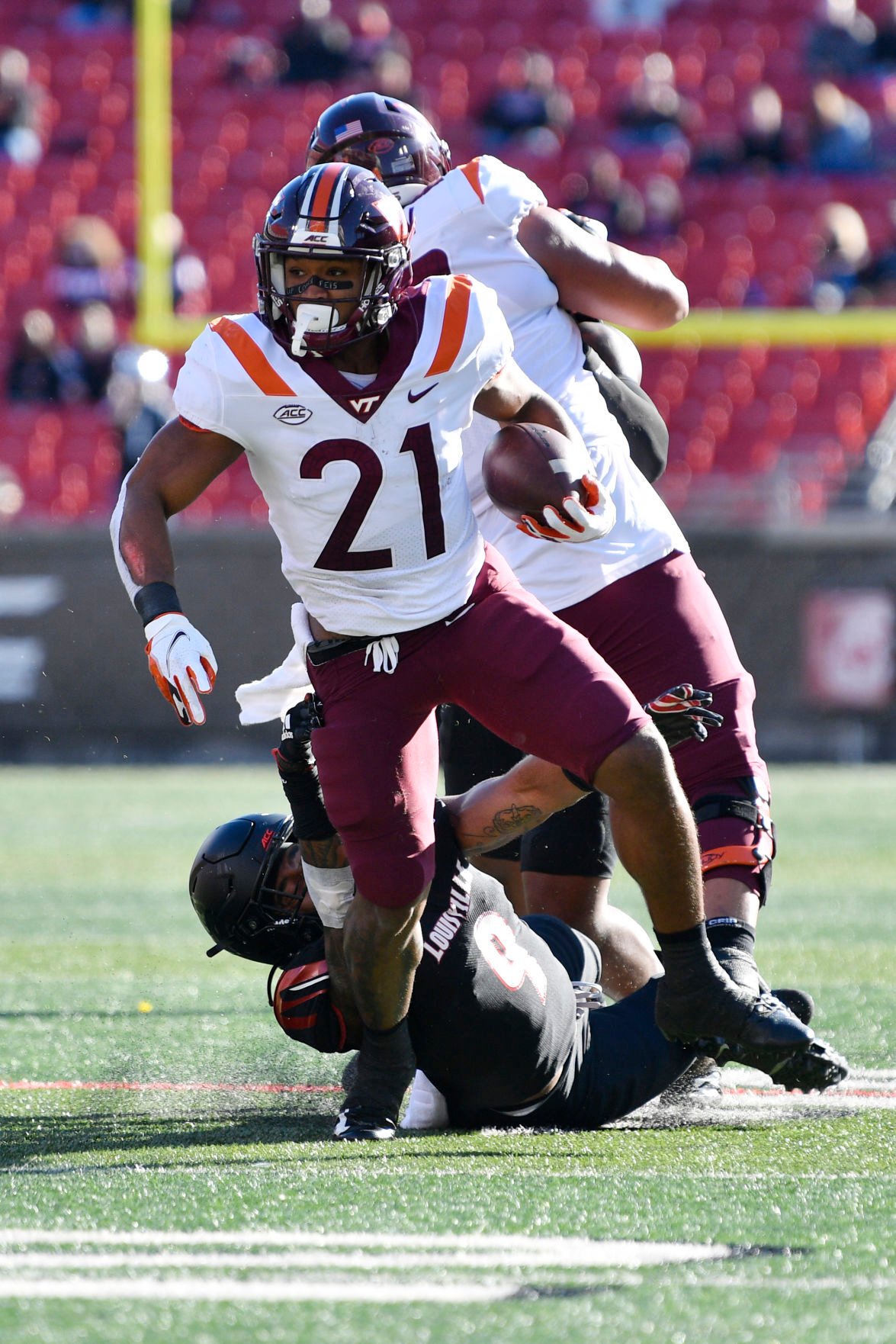 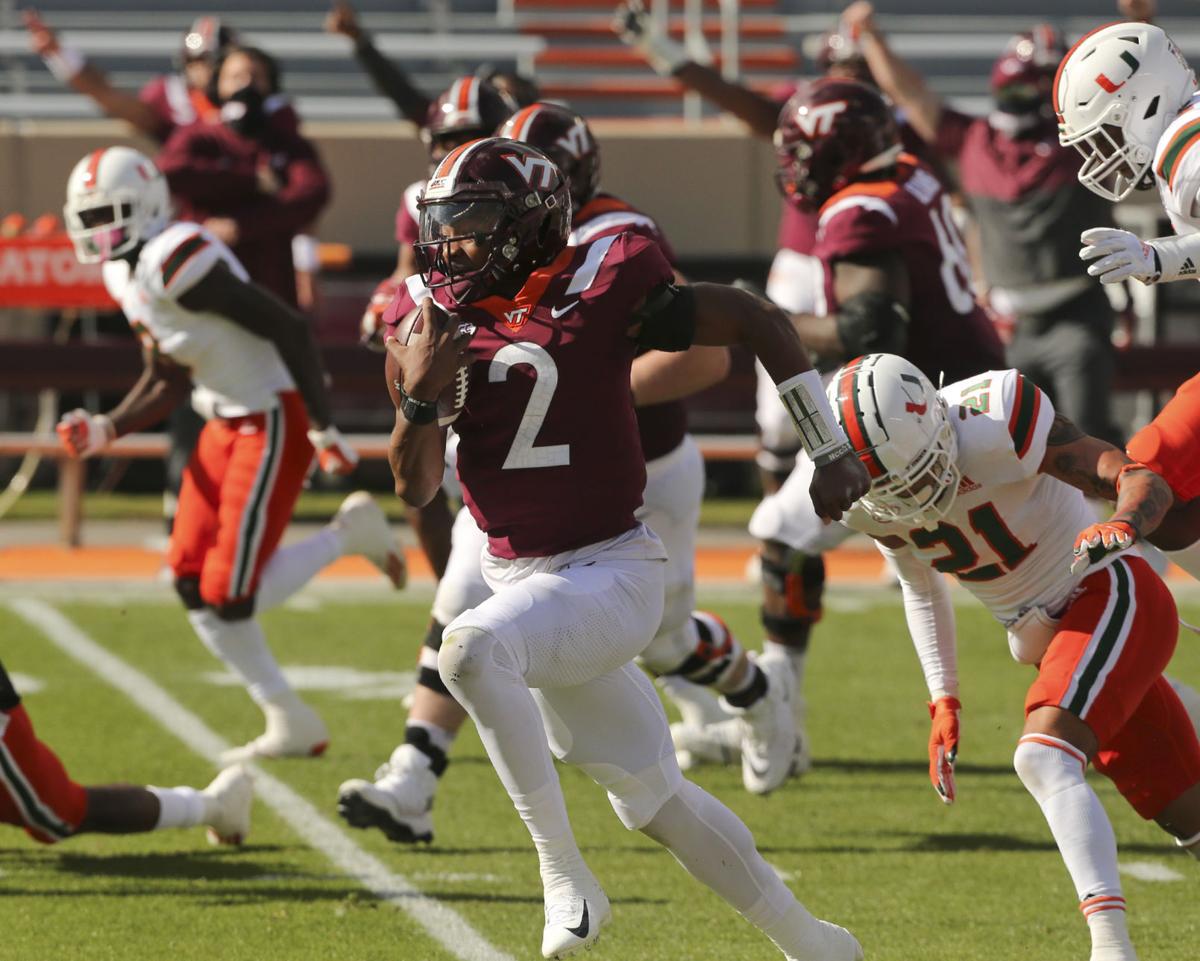 Lecitus Smith understands that the punishment Pittsburgh inflicts is often felt the morning after.

Saturday, Smith will face the bruising, physical Panthers for the third time in his career.

“I have played in a few of these games and I do know what to expect,” said Smith. “We know they’re big and physical up front and they have some guys as well. So they’re not going to just lay down and roll over. They’re going to try to bring it to us.”

The matchup should be a classic clash of strength on strength. Virginia Tech (4-4, 4-3 ACC) leads the conference in rushing offense, running for 262.8 yards per game, the eighth most in the country. The Panthers (4-4, 3-4) lead the league in defending the run, yielding a paltry 78.8 rushing yards per outing, the second-best mark in the nation.

“I might say this offensive line is the second best o-line we’ve faced compared to Notre Dame,” said Pittsburgh coach Pat Narduzzi. “They’ve got a lot of experience. They’re physical and they’re strong, and they know what they’re doing.”

Narduzzi’s counterpart at Tech was similarly complimentary of Pittsburgh’s defense.

“We’re gonna go against a big, athletic defensive line that pressures the passer,” said Hokies coach Justin Fuente. “They do a great job with the run game. I know there’s nobody in America that devotes as many hats in the box to the run game as Pat does. Makes it very, very difficult to run the ball at all.”

Of course, a closer look at the statistics shows that the two units might be headed in opposite directions. While Pittsburgh’s run defense has sustained excellence, holding opponents to 2.2 yards per rush this season, Virginia Tech has seen its yards-per-carry average drop nearly two yards, to 5.1, in the past four games.

“We didn’t play as well as I would have liked,” said Fuente. “It was not as efficient of a performance as we’d like up front.”

The run struggles have coincided with a stretch of three losses in four games for Tech, including back-to-back defeats going into Saturday’s contest at Heinz Field.

Starting left tackle Christian Darrisaw doesn’t think the unit got overconfident after its big start to the season.

“I definitely don’t think [so],” Darrisaw said. “We’re always focused. We’re always ready to go. Kind of like the 24-hour rule. After one game we might take all that praise and then throw it out the window because we know we have to do it again the next week.”

But there’s no denying the dip in production.

The Hokies ran for more than 300 yards in three of their first four ballgames, aver312 rushing yards during that stretch. Since then, the ground game has fallen off dramatically. Tech has averaged 213.5 rushing yards in the past four contests.

Kansas transfer Khalil Herbert fueled that early success. He ran for 148 yards per game in his first four outings as a Hokie, rushing for five touchdowns. Since then, he’s averaged 86.7 rushing yards in the three games in which he got carries (he left the Liberty game with a hamstring injury after the opening kickoff).

Fuente said he was hopeful Herbert would be closer to handling a full rushing load this weekend, though he acknowledged hamstring issues can be tricky. Herbert carried eight times for 49 yards against Miami.

“He felt good, he got through the game with no setbacks,” said Fuente. “I hope he gets to practice more, more consistent and that we can move past it. I also know how those things can be. It can be a little fickle for guys that are that explosive, quite honestly, that have that much muscle mass in their hamstrings. So I’m hopeful that he takes a full load of practice this week and everything’s good.”