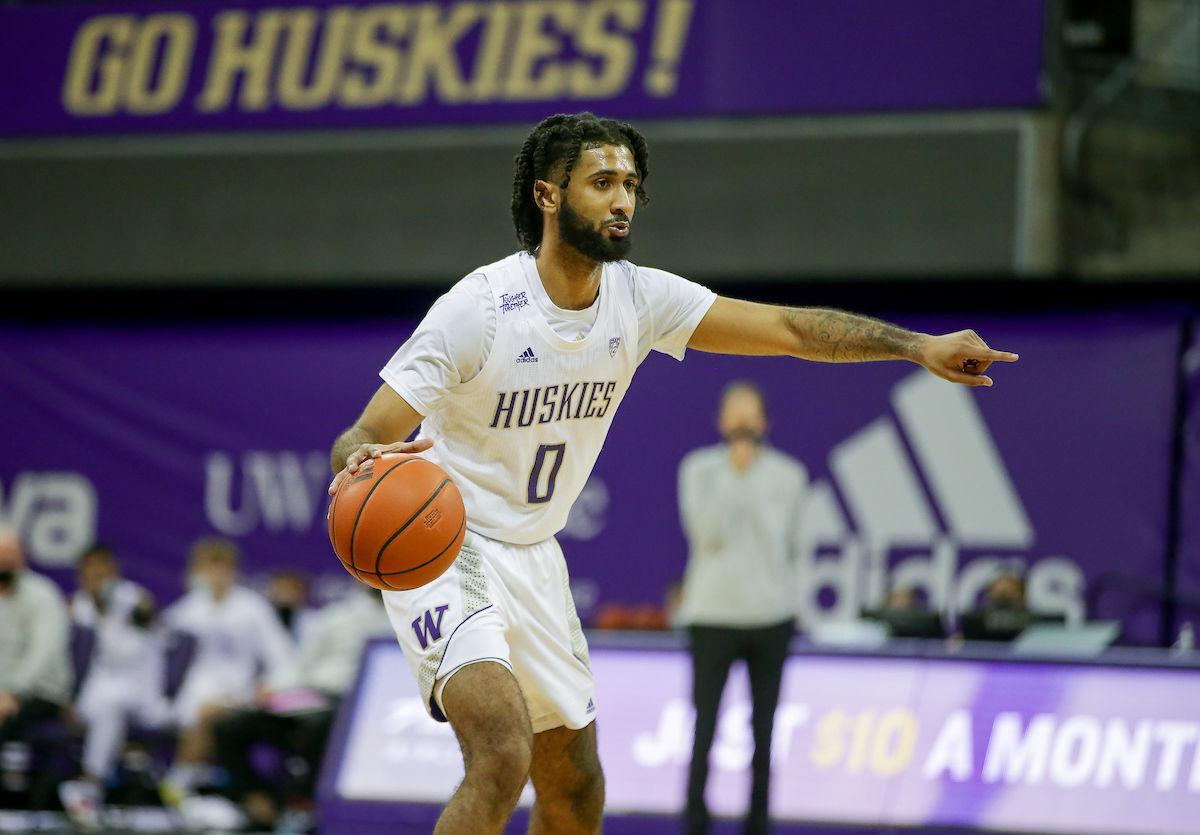 The University of Washington men's basketball team plays the University of Montana at Alaska Airlines Arena in Seattle on December 16, 2020. (Photography by Scott Eklund/Red Box Pictures) 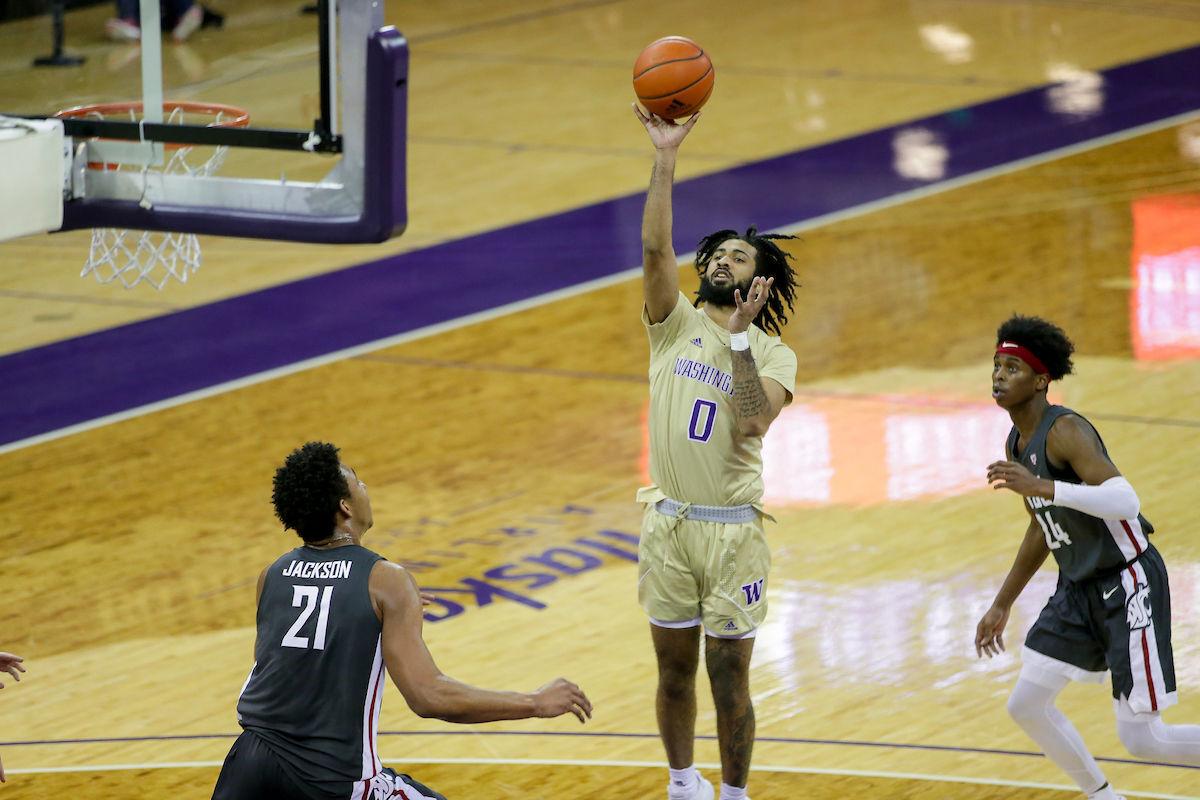 Marcus Tsohonis wouldn’t say he needed a fresh start, per se. He just felt like he needed something else. To see what else was out there. Somewhere he could just play, and not think too much about it.

“I felt like I could do so much more,” he said Wednesday.

So after two years at Washington, the Portland, Ore., native decided to move on. He entered the NCAA transfer portal late last month.

A wide list of schools were involved in the ensuing recruiting process. But VCU, he felt, had his heart.

The 6-3, 190-pound rising junior guard announced his commitment to the Rams on April 16, adding experience to their backcourt. He was one of three new additions they picked up in four days, from April 15-18.

For Tsohonis it’ll be a first cross-country move, to a school he described as a perfect fit.

“I think he looks at ... going to VCU and getting out of the Northwest as an opportunity to grow and develop as a young man and as a basketball player,” said Jamaal Williams, who coached Tsohonis in Nike EYBL AAU competition with Seattle Rotary in 2018. “And I think he’s embracing the challenge and he’s looking forward to it.”

Coming up in Portland, Tsohonis entered a talented program at Jefferson High School and started as a freshman. He helped the Democrats to their ninth state title in school history in 2017.

Then, in 2018, Tsohonis was the Portland Interscholastic League player of the year with averages of 24.1 points, 7.4 assists and 6.2 rebounds per game, though he missed the state tournament with a broken finger on his left hand. Jefferson fell in the state title game Tsohonis’ senior year, despite his 16 points and nine rebounds.

Tsohonis committed to Washington in September 2018, before his senior season at Jefferson, and was part of a Huskies recruiting class that included former Seattle Rotary teammates RaeQuan Battle and Jaden McDaniels.

As a freshman, a plan was for Tsohonis to use a redshirt, and not burn a year in which he wasn’t playing. But he jumped into action in January of that 2019-20 season, with teammate Quadre Green academically suspended, according to The Seattle Times.

“I was relieved that I was able to be in the game and playing,” Tsohonis said. “I was just happy to be even in that position, to be honest. Just to show that I could actually play with these guys and it wasn’t … a fluke for me coming [to Washington].”

As a sophomore, Tsohonis was the Huskies’ second-leading scorer. But that came with minutes that fluctuated at times.

He started just four times in 23 games, with 19.9 minutes per game. Williams thought that when Tsohonis did get a chance to demonstrate his abilities, he did a good job showing people that he can really play.

“He takes high-quality, high-percentage shots, that he’s comfortable making. And then if he doesn’t, he’ll make a play for somebody else and he’ll be a great teammate,” said Williams, who played at Washington (2004-06) after starting his career at New Mexico.

The highlight, a game Tsohonis said he’ll probably always remember, was against Washington State on Feb. 15 when he netted a career-high 29 points. He scored a game-winning floater — a shot Tsohonis considers his go to — with 2.4 seconds to play.

But, for Tsohonis, this past season marked the close of a chapter.

“It’s no bad blood or anything [at Washington],” he said. “It was a great experience just coming into college and just feeling it all out.”

Tsohonis admitted the process of finding a new landing spot was stressful. But Tsohonis’ Greek heritage, through his mother’s family, helped enable a link to VCU.

VCU coach Mike Rhoades said a Greek coach that knew Tsohonis’ family, and who played against VCU assistant coach Brent Scott in Greece (Scott was a 14-year pro), reached out to Scott.

And Tsohonis liked what he heard from the entire Rams staff.

“I just felt like it was real talk,” Tsohonis said. “It was much about basketball. And they know I’m a great player. But it was more of a family thing to me.”

Tsohonis should help fill some of the scoring void left by the departure of guard Bones Hyland to the NBA draft, after Hyland averaged a league-high 19.5 points this past year. VCU sought a piece who could score and facilitate, Rhoades said. And Tsohonis will be eligible right away through the new one-time transfer rule.

As far as traditional positions go, Tsohonis said he can slot in at the shooting guard spot or point guard.

And he said his biggest strength is his game feel.

“Whatever the defense is kind of giving me, that’s how I kind of play,” Tsohonis said. “I feel like I can get to any spot on the court.”

So far this spring, Tsohonis has been finishing online classes at Washington, while working out and getting shots up. He’s had contact with fellow newcomers including Providence transfer Jimmy Nichols Jr. and incoming freshman Jayden Nunn. He’s also spoken with starting point guard Ace Baldwin. He’ll arrive to campus in June for summer workouts.

And with a blank page in front of him, Tsohonis said he’s excited for a new chapter in his life.

“And just seeing what it holds for me,” he said. “I feel like VCU will help me to where I want to get to.”

The University of Washington men's basketball team plays the University of Montana at Alaska Airlines Arena in Seattle on December 16, 2020. (Photography by Scott Eklund/Red Box Pictures) 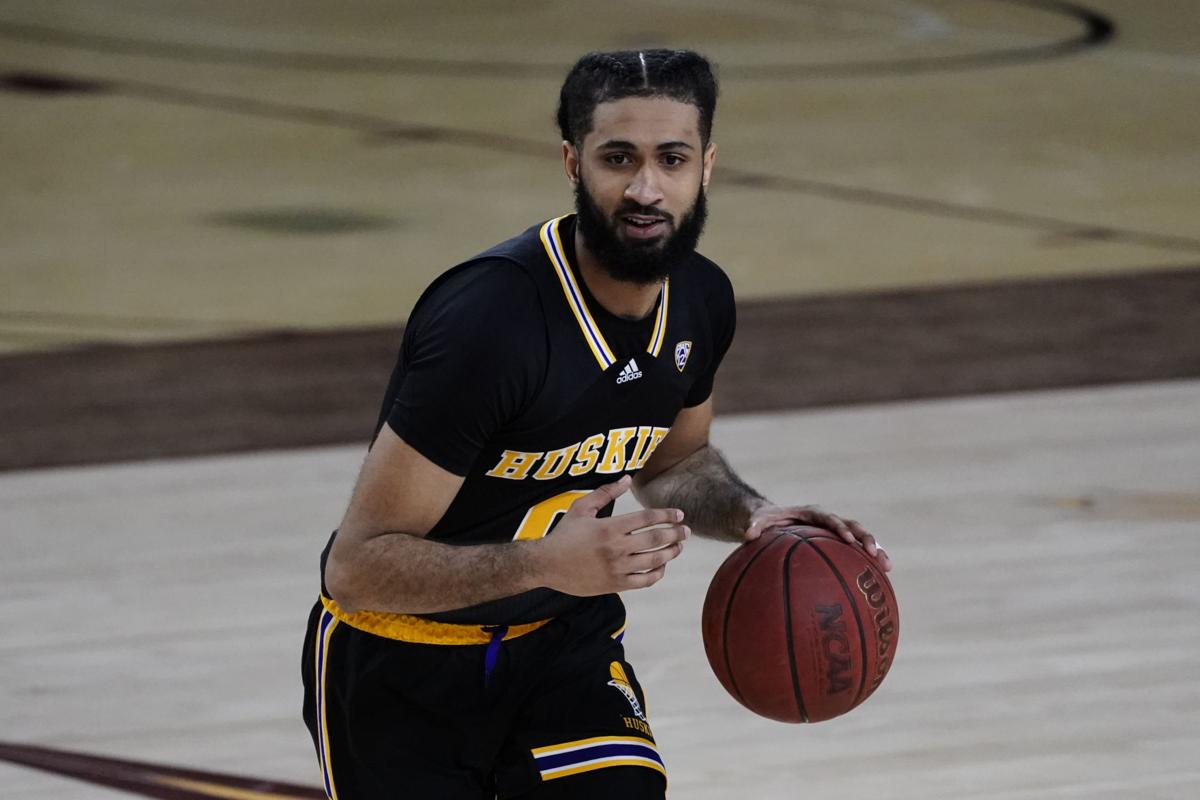