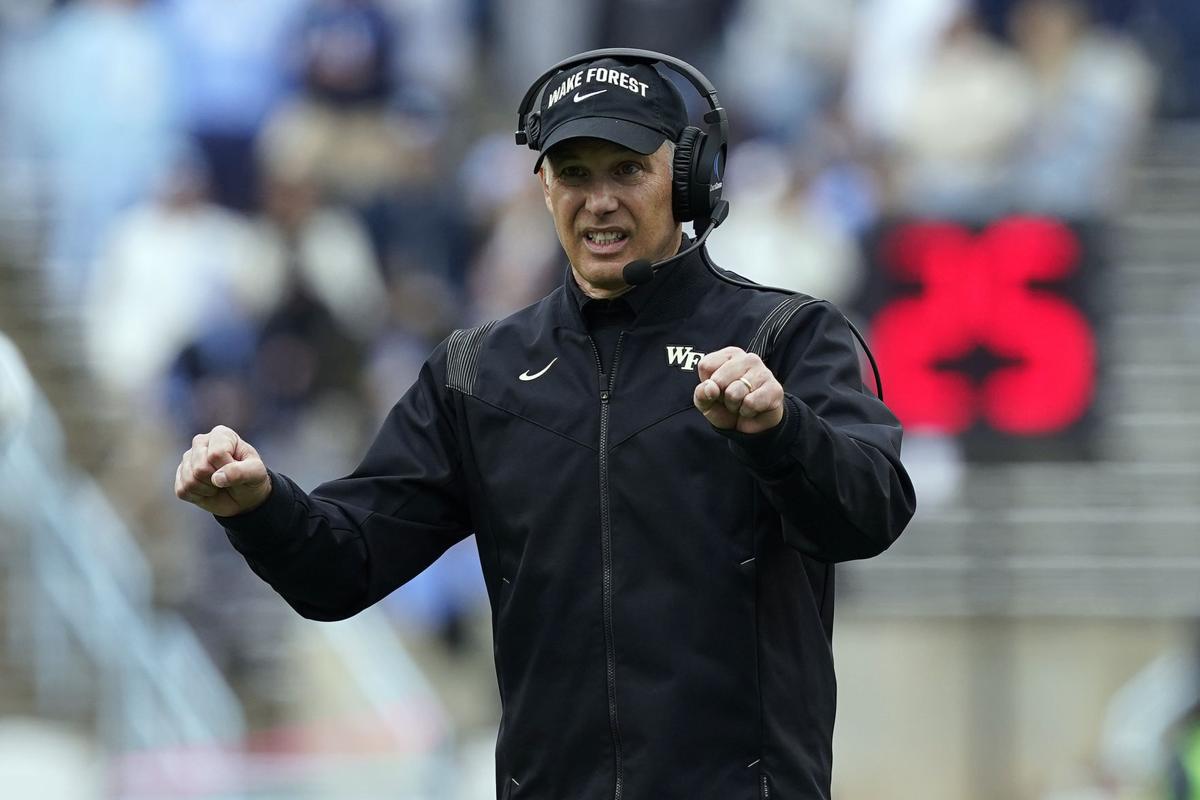 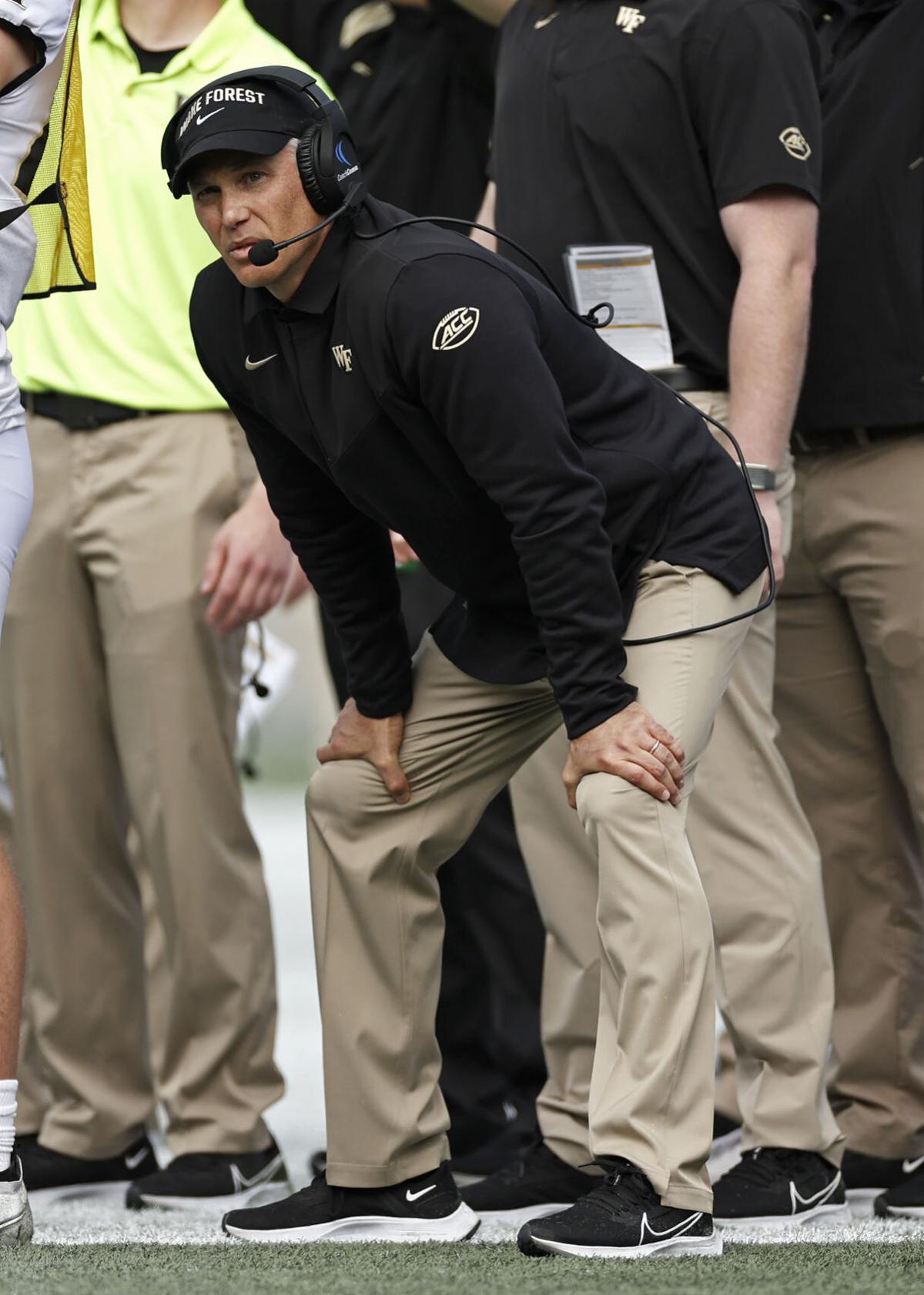 Wake Forest coach Dave Clawson would be a natural target in the Virginia Tech coaching search with the Deacons 9-1 overall, 6-0 in the ACC and ranked second nationally in scoring. 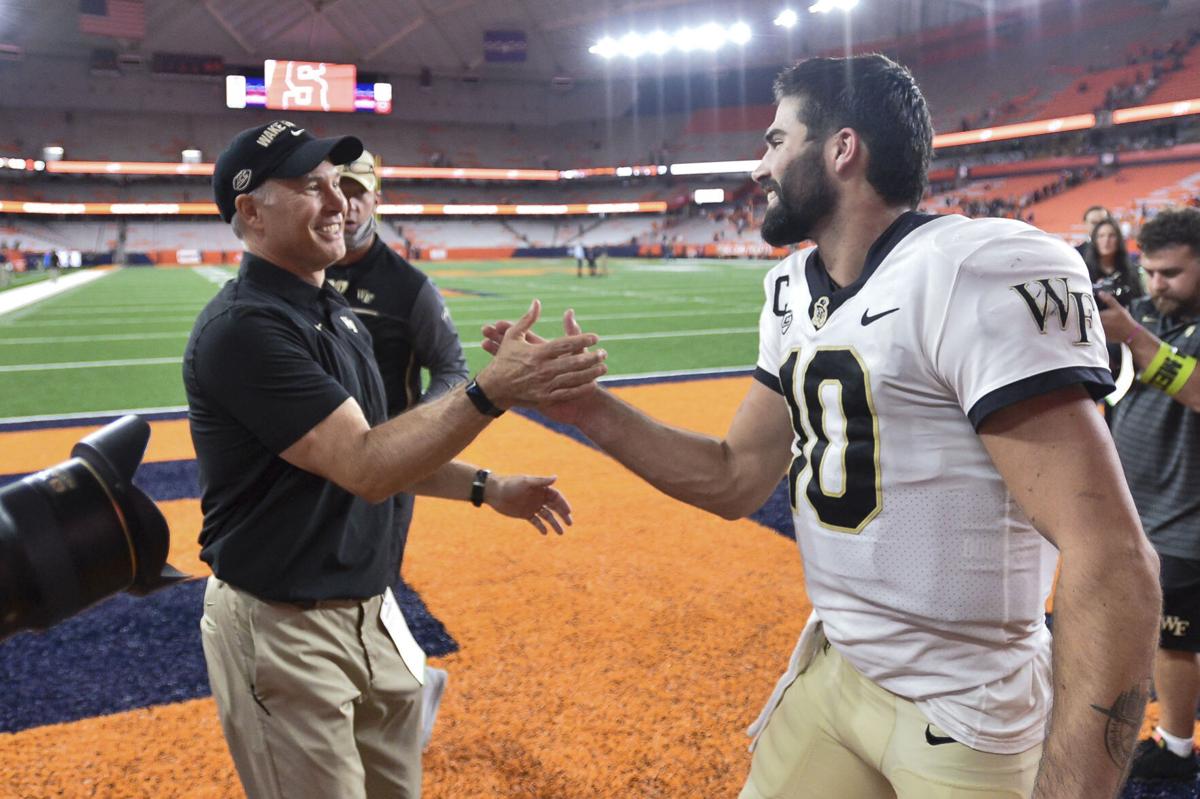 Justin Fuente was among 10 Power Five head football coaches hired to long-term contracts during the 2015-16 carousel. After Fuente’s exit from Virginia Tech on Tuesday, only Virginia’s Bronco Mendenhall, Iowa State’s Matt Campbell and Syracuse’s Dino Babers remain in those positions.

Amid that rampant volatility throughout major college athletics, Hokies athletics director Whit Babcock hopes to find a coach to stabilize a football program that Virginia Tech fans treasure and that finances the rest of the department.

Babcock’s history is he aims high, works fast and prefers head coaching experience. He reiterated that preference during a Tuesday news conference.

Where the Hokies might turn will be the source of relentless speculation until an announcement, so let’s dive in.

With his team 9-1 overall, 6-0 in the ACC and ranked second nationally in scoring, Wake Forest’s Dave Clawson is a natural target.

He knows the conference and has won with less at Wake, Richmond and Fordham.

But good luck prying Clawson from the Deacons, who recently announced a $20 million gift to further enhance facilities that have been upgraded markedly since Clawson’s arrival prior to the 2014 season.

Still, gauging his interest in a program with a larger fan base and more football heritage is worth a call.

Luke Fickell would be another lofty target.

His Cincinnati Bearcats are 41-6 the last four seasons and at 10-0 this year in the hunt to make the College Football Playoff.

But though Babcock is a former UC AD, he didn’t hire Fickell, and with the Bearcats headed from the American Athletic Conference to the Big 12, Fickell can afford to be very selective.

Babcock recruited Fuente from Memphis, a Group of Five program, and those conferences offer several options beyond Fickell.

Coastal Carolina is 19-3 the last two seasons under Jamey Chadwell, ranking among the nation’s top 20 scoring teams in each year. He also coached Charleston Southern, a Championship Subdivision program, to a 35-14 record and two national playoff appearances from 2013 to 2016.

Bill Clark’s work at Alabama Birmingham has been universally praised. Inheriting a program burdened with nine consecutive losing years, he has a 47-25 record, despite the school shuttering the program for the 2015 and ’16 seasons.

Billy Napier is a former Clemson and Arizona State offensive coordinator, and in four seasons at Louisiana, he’s compiled a 37-12 mark, 30-5 the last three years.

Moreover, Napier is a Nick Saban disciple, having worked at Alabama as an analyst in 2011 and as receivers coach from 2013 to 2016.

An inevitable name that will arise is Shane Beamer, a Virginia Tech graduate and the son of Hokies legend Frank Beamer, the program’s leader from 1987 to 2015.

But Shane Beamer, who worked under his dad at Virginia Tech and for Steve Spurrier, Lincoln Riley and Kirby Smart, among others, is only 10 games into his first head-coaching position, at South Carolina. Moreover, his buyout at USC is $7 million.

Freeman played linebacker at Ohio State and also has worked at Kent State, Purdue and Cincinnati. Venables and Elliott are staples of a staff that has helped Clemson win two national championships in the playoff era, and though the Tigers’ offense has struggled this season, Elliott remains highly regarded.

Babcock and Gattis, a former Wake Forest defensive back, are in a mentoring relationship through the National Coalition of Minority Football Coaches’ inaugural Coalition Academy.

Gattis played in the NFL for the Jacksonville Jaguars and Chicago Bears and also has coached at North Carolina, Western Michigan, Vanderbilt, Penn State and Alabama.

As an athletics director for the past decade, first at Cincinnati and now at Virginia Tech, Babcock is no stranger to coaching searches.

“In a leadership role,” he said Tuesday, “you make decisions and you own it and some work out and some don’t. And my goodness, I’m going to do my best to make it right.”

Wake Forest coach Dave Clawson would be a natural target in the Virginia Tech coaching search with the Deacons 9-1 overall, 6-0 in the ACC and ranked second nationally in scoring.