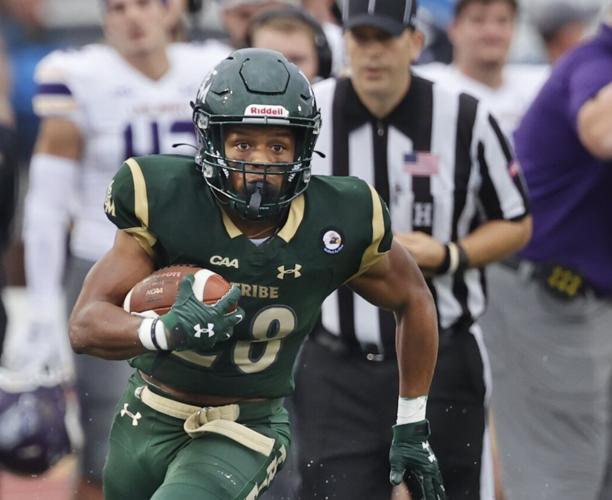 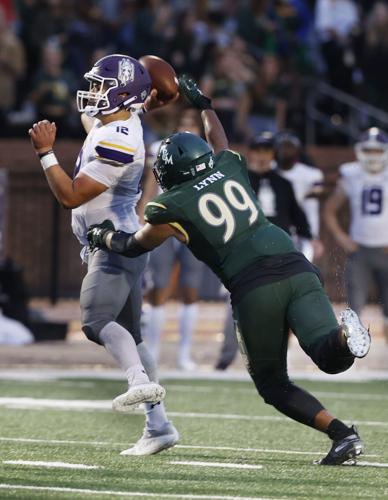 W&M end Nate Lynn, the CAA preseason defensive player of the year, had 12 sacks and caused six fumbles last year for the 6-5 Tribe. 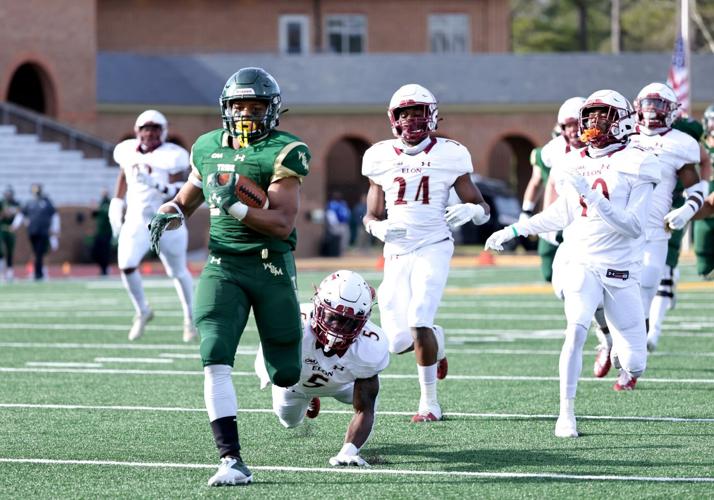 William & Mary’s Malachi Imoh (above) forms a loaded backfield with fellow backs Donavyn Lester and Bronson Yoder. The running game will once again be the team’s bread and butter. 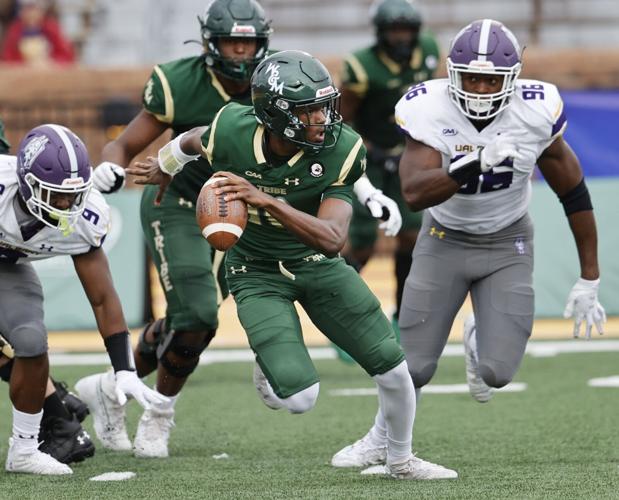 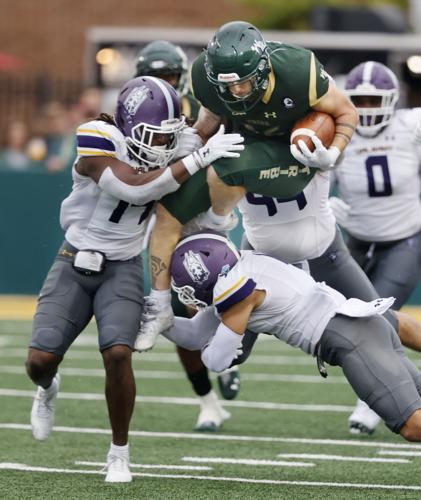 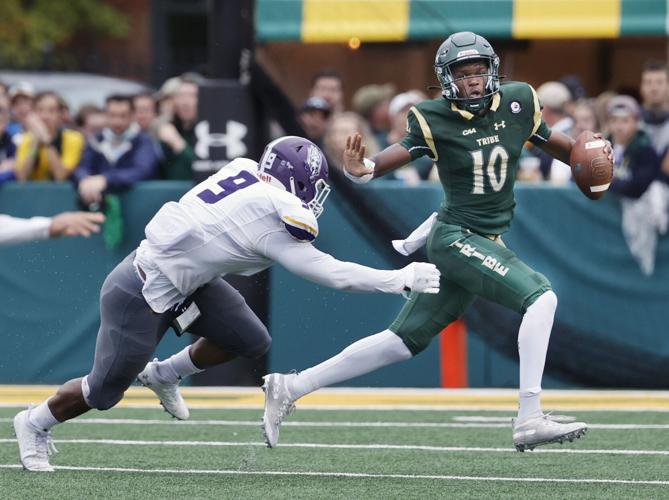 Nate Lynn said, “Every week you try to earn some respect.” He most certainly did last year at William & Mary.

After 12 sacks and six forced fumbles in his first season as a starter, Lynn was named to multiple All-American teams. The resident of Charlotte, N.C., a junior, enters 2022 as the CAA preseason defensive player of the year.

The Tribe, to a degree, mirrored Lynn’s emergence. They were picked 11th among 12 teams in the league’s 2021 preseason poll, and finished tied for fourth, with a 4-4 CAA record (6-5 overall).

That was William & Mary’s first winning season since it shared the 2015 CAA championship with James Madison and Richmond.

The Tribe are forecast as the CAA’s fifth-place finishers in this year’s preseason poll, reflecting some of that gained respect Lynn referenced.

He likes the Tribe’s overall speed, thinks it’s the best it has been in some time, and they bring back a couple of quarterbacks with extensive experience, Darius Wilson and Hollis Mathis. Passing figures to be Plan B with running backs Bronson Yoder, Donavyn Lester and Malachi Imoh.

“We’ve got a stable back there,” said 6-foot-6, 305-pound offensive lineman Colby Sorsdal, a team captain.

“I know the pass-protection is going to slide to him pretty much every time, so that opens up opportunities for me, just him being on the field,” said Carl Fowler, a three-year captain and defensive lineman. “Game prep, in the game, he’s a great guy to have around.”

The nine defensive starters back are “guys who haven’t just been around the program for a long time, but have gotten significant snaps, have played full seasons, have had leadership positions on the team for multiple years,” said Fowler.

“We’ve got a really solid core (and) we’ve brought in some young guys in the last couple of years who are going to help the old fellas get by. I think as a unit, we’re primed for success right now.”

William & Mary, needing one win to feel good about FCS playoffs inclusion, then faced a highly challenging closing stretch: at Delaware, JMU and UR. W&M went 0-3 against those opponents to gradually fade out of postseason contention.

“We’ll get better,” London said after the season-closing loss to Richmond.

It appears the Tribe have, but the schedule’s last two Saturdays may be just as pivotal. W&M hosts Villanova, the CAA favorite, and visits UR, picked fourth in the preseason poll.

Sorsdal, the standout offensive lineman, said he appreciates the praise the Tribe received last season after posting their first winning season in six years, but a record repeat would not rank as satisfactory.

Anything short of a championship “is not our expectation,” said Sorsdal.

W&M opens at Charlotte on Friday, Sept. 2. The 49ers, who were picked seventh among 11 in Conference USA, are coached by former Spiders quarterback Will Healy, a reserve on the 2008 UR national championship team coached by London. For this FBS date, W&M’s guarantee is reportedly $300,000.

Elon’s Tony Trisciani expressed what unsettles the stomachs of CAA Football coaches: “There is a fine line between 6-5 and 8-3."

W&M end Nate Lynn, the CAA preseason defensive player of the year, had 12 sacks and caused six fumbles last year for the 6-5 Tribe.

William & Mary’s Malachi Imoh (above) forms a loaded backfield with fellow backs Donavyn Lester and Bronson Yoder. The running game will once again be the team’s bread and butter. 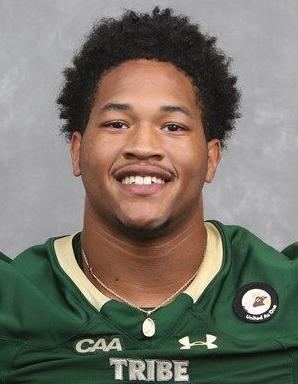