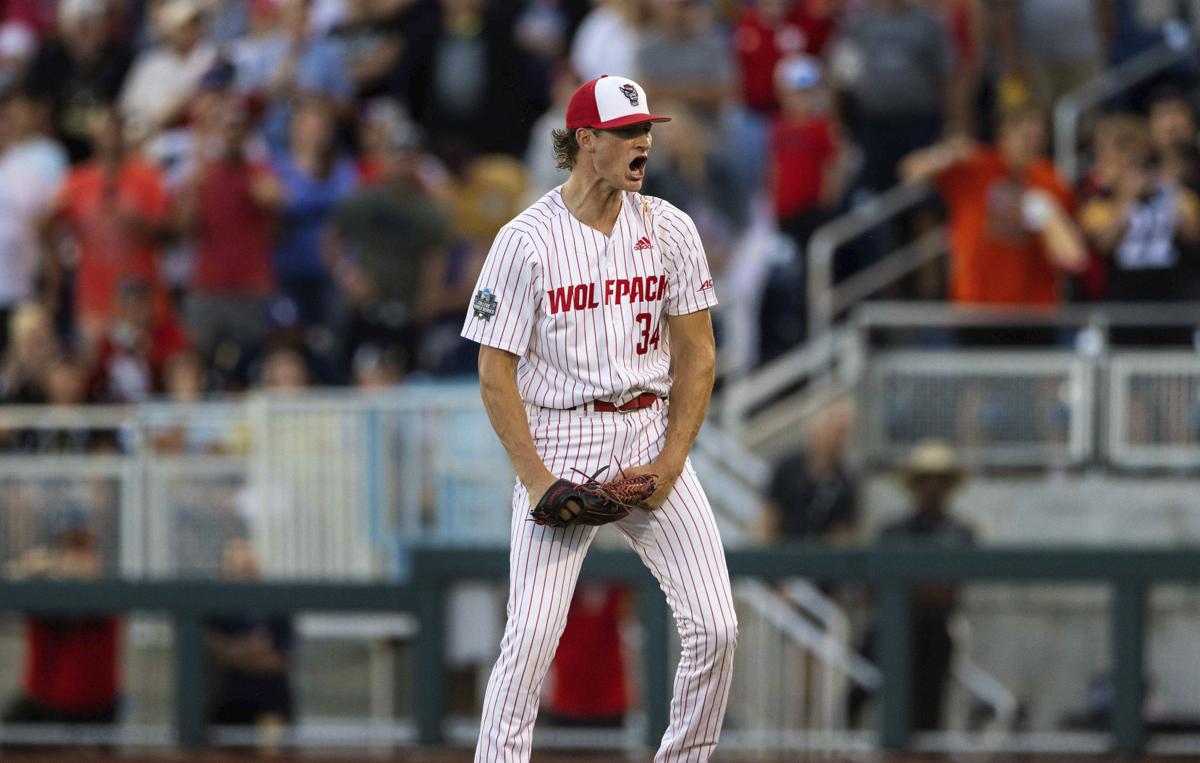 N.C. State closer Evan Justice, the All-Metro player of the year in 2017 at Collegiate, helped the Wolfpack reach the College World Series before the team was derailed by COVID-19. 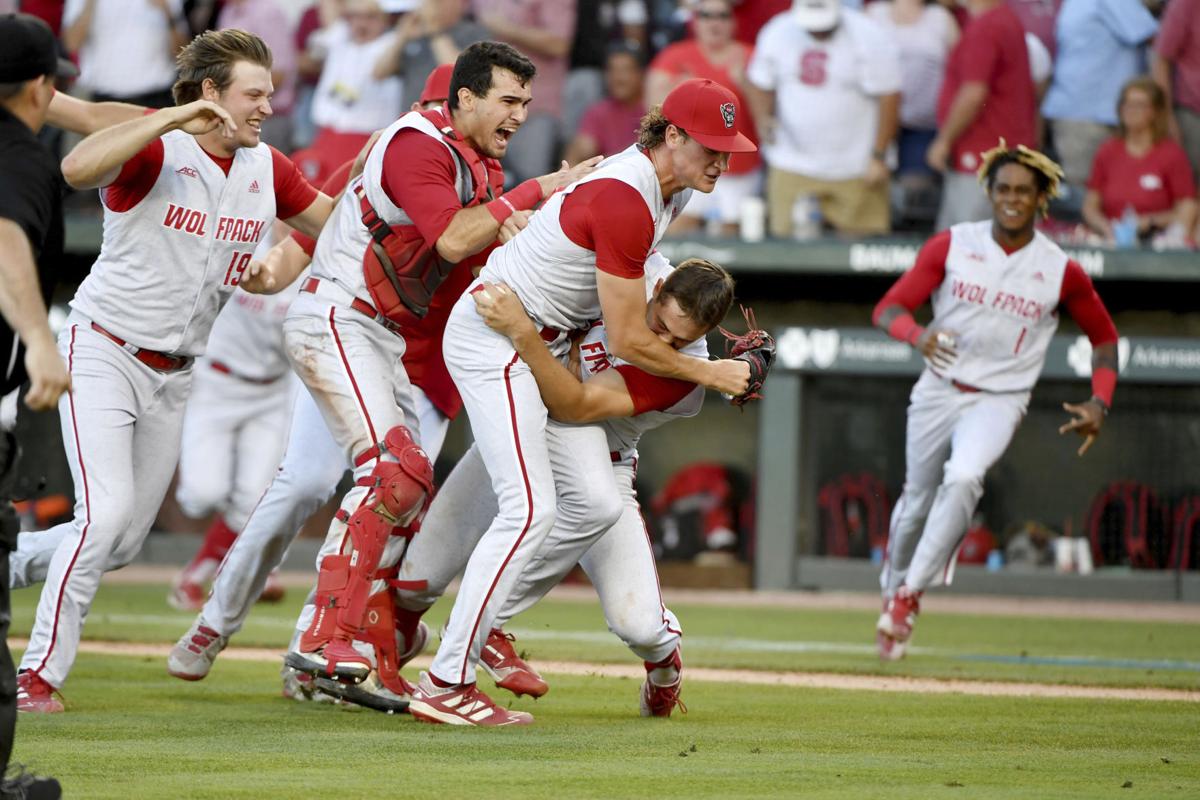 For Evan Justice, stepping on the mound at TD Ameritrade Park in Omaha, Neb., to pitch in the College World Series was one dream come true.

Playing in a stadium of that caliber, in front of crowds of more than 20,000, was an experience the former Collegiate star described as unbelievable.

Justice, a lefty, picked up the saves in his N.C. State team’s two wins to open CWS play, against Stanford on June 19 and Vanderbilt on June 21.

The Wolfpack’s run ended abruptly when they were forced to exit the tournament June 26 because of COVID-19 protocols.

On Monday, he was picked in the fifth round of the MLB draft, 140th overall, by the Colorado Rockies, the only player originally from Richmond selected this year. An impressive 2021 campaign out of the bullpen for N.C. State helped Justice climb up the draft board after he was selected in the 39th round by the Miami Marlins in 2019.

That was different — at that time, Justice knew he would return to school. This time, he knew the call would mean the start of his professional career.

Justice was in Richmond when he got the word Monday.

“It was an amazing feeling and I’m extremely glad that I got to share it with my family,” he said Wednesday.

The 23-year-old will travel to the Rockies’ spring training facility in Scottsdale, Ariz., next week to undergo his physical, sign his contract and begin work.

Justice, coming out of Collegiate, was a standout talent — he was The Times-Dispatch’s All-Metro player of the year in 2017.

Then his growth physically and mechanically at N.C. State helped him reach another level.

Justice settled into a bullpen role for the Wolfpack. Off the field, he focused on putting on muscle and adding strength. He estimated he put on about 10 pounds his freshman year in 2018.

His most significant gains came the next year, after his sophomore season in the summer and fall of 2019, when he added 25 pounds. A diet high in calories, carbohydrates and protein helped him get there, coupled with plenty of time in the weight room.

Meanwhile, Justice and N.C. State pitching coach Chris Chrysler discussed mechanical adjustments, too, utilizing the lower half of his body in a better way and smoothing his delivery.

“I kind of have a very funky delivery. It’s something that people comment on a lot,” Justice said. “Which I think helps with deceptiveness. But at the same time, kind of channeling it in and finding something that’s fluid to me feels comfortable. Just so I can maximize strike throwing.”

Justice, before adding weight, had a fastball in the upper-80 to lower-90 mph range. With the mechanical tweaks, he upped his velocity to low- to mid-90s. This year, as a fourth-year junior listed at 6-foot-4 and 205 pounds, he hovered in the mid- to high-90s.

In fall ball and preseason practice ahead of this season, Justice threw more strikes than he ever had and with the best pitch quality he had ever demonstrated. That precipitated a move to N.C. State’s starting rotation to begin this season.

But he struggled in that spot. He was shifted back to the bullpen. And there he excelled.

He was comfortable with a relief role, having spent most of his career in Raleigh in the pen. With tools sharpened with his physical and mechanical development,, he was more effective.

In the postseason, including the ACC tournament and NCAA tournament, Justice recorded a 1.67 ERA with 22 strikeouts and six saves in 16⅔ innings.

“They know the preparation, they know the work ethic and then they know the will to win and the intensity with which Evan goes about his business,” N.C. State coach Elliott Avent said of his team after Justice closed out the Wolfpack’s CWS win over Stanford. “But [he’s] still able to relax to the situation, and he shows great poise and confidence in himself.”

But amid four consecutive victories from a super regional to the CWS, the COVID-19 issue struck.

N.C. State needed just one more win to advance to the CWS finals. However, multiple players were put into COVID-19 protocol before the team’s June 25 game against Vanderbilt, which left it with just 13 players available. Justice said he was one who was in the protocol.

The Wolfpack, with their significantly diminished roster, lost 3-1 to Vanderbilt, setting up what would’ve been another, winner-take-all matchup against Vanderbilt the next day. But early on the morning of June 26, it was determined that N.C. could not continue, and Vanderbilt advanced.

Afterward, Justice took some time off to decompress before he began throwing and working out again while gearing up for the draft.

He wasn’t sure where he could be picked but hoped he’d come off the board the earlier half of the draft’s second day, Monday. And he did.

It was a roller coaster end to the season for Justice and his Wolfpack teammates. But Justice said he’ll never forget N.C. State’s postseason run.

“And I’m just so fortunate to have been a part of it all,” Justice said.

With so many more homers at The Diamond, it's as if fences are closer, and they are

Homers are way up after distances to fences in The Diamond's power alleys were reduced.

N.C. State closer Evan Justice, the All-Metro player of the year in 2017 at Collegiate, helped the Wolfpack reach the College World Series before the team was derailed by COVID-19. 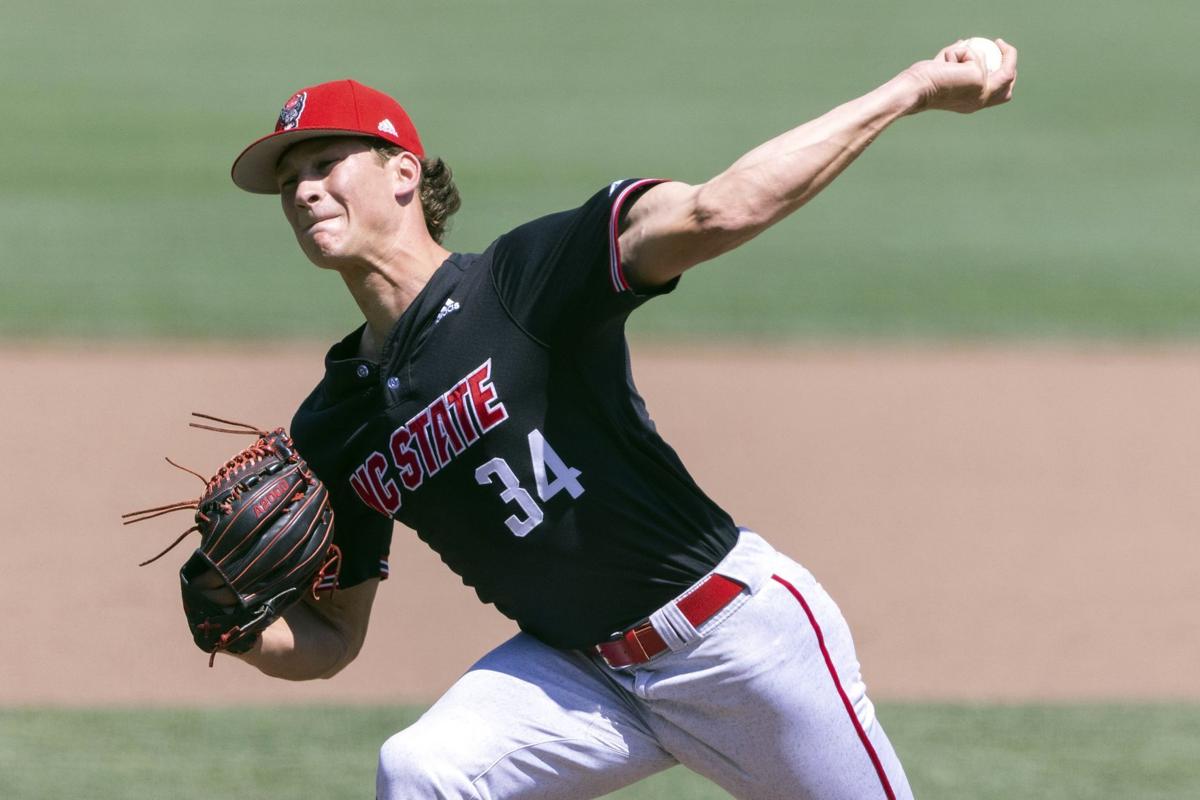 Evan Justice, an N.C. State relief pitcher, was picked in the fifth round by Colorado.