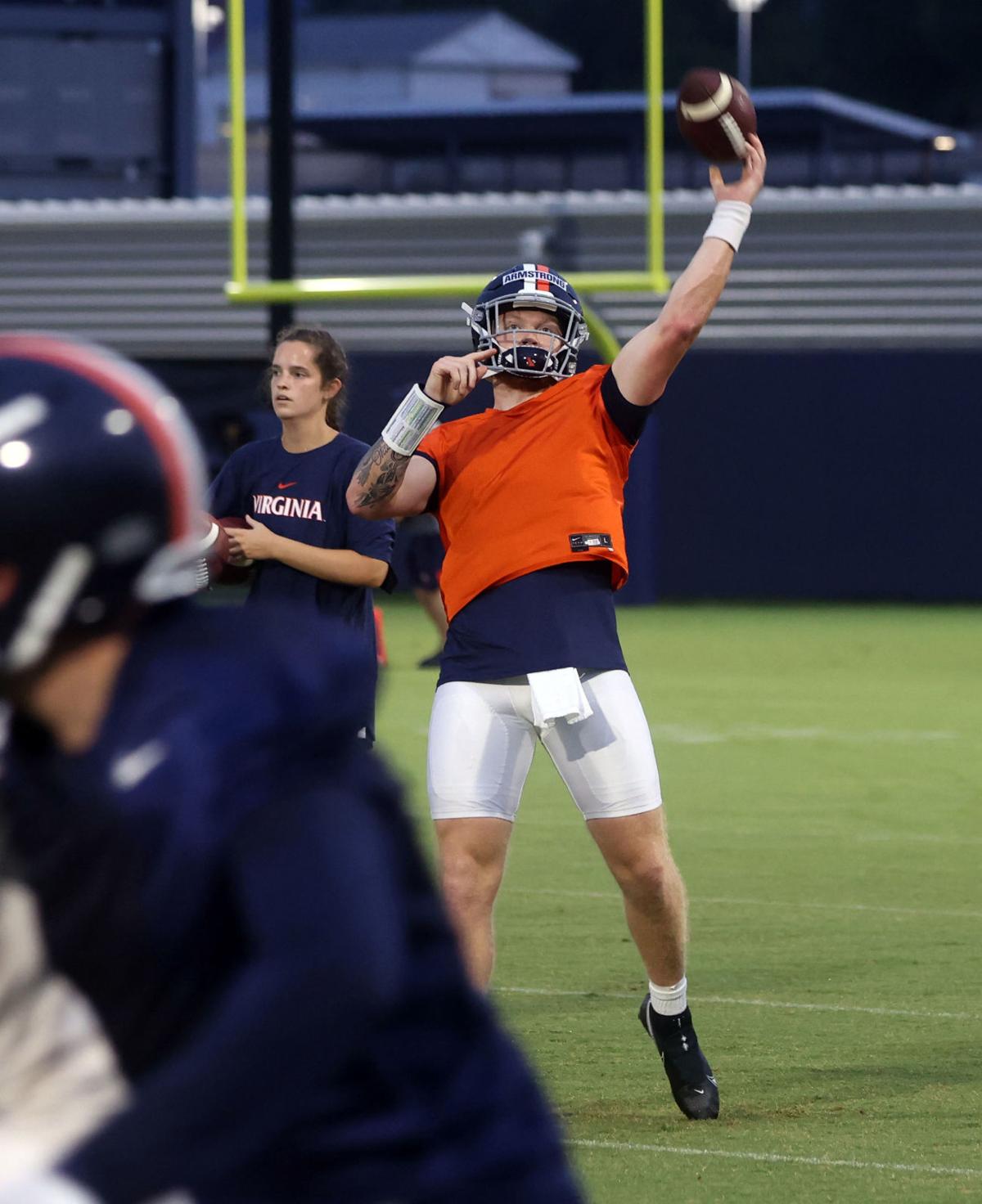 Virginia quarterback Brennan Armstrong throws a pass during practice at the University of Virginia. 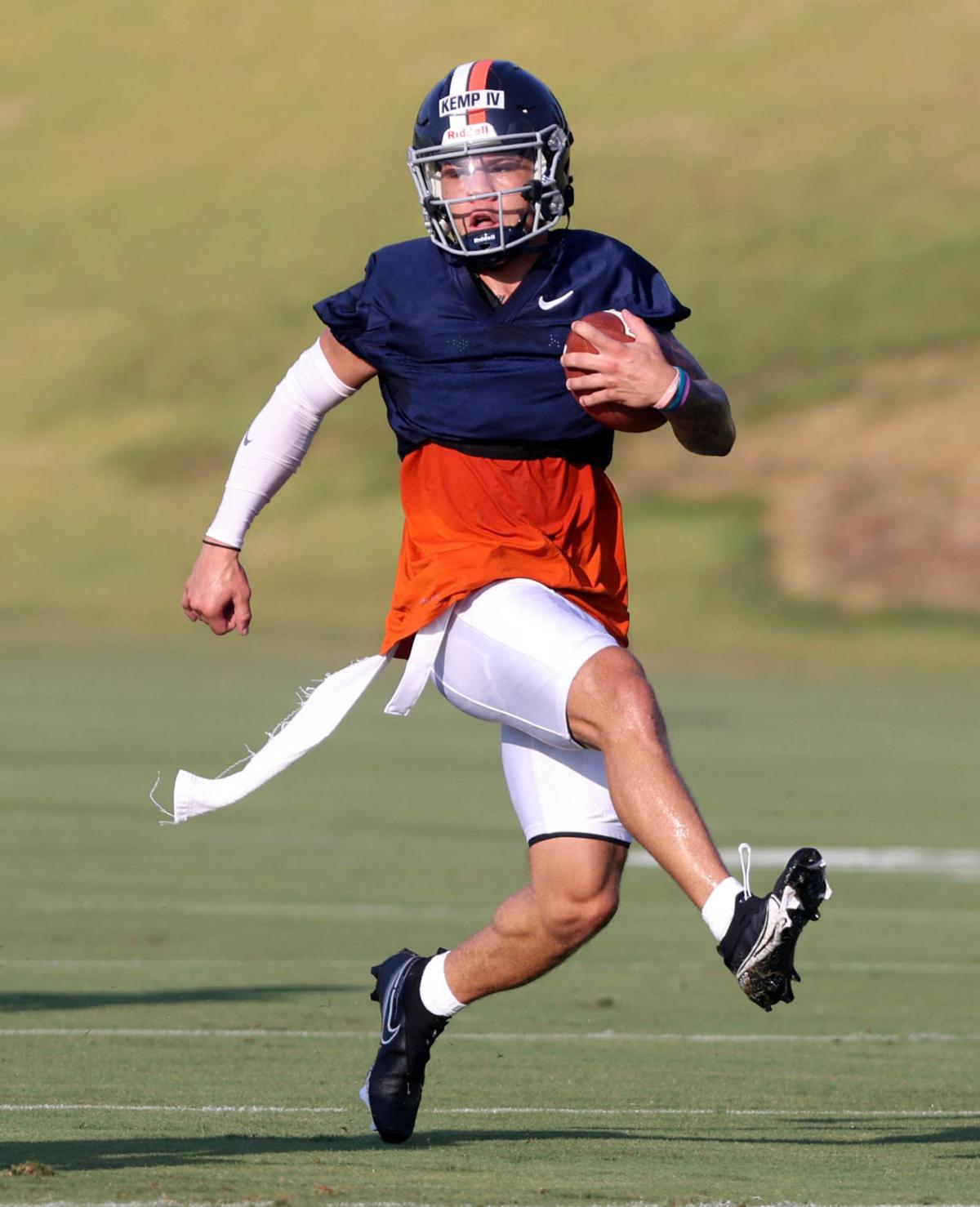 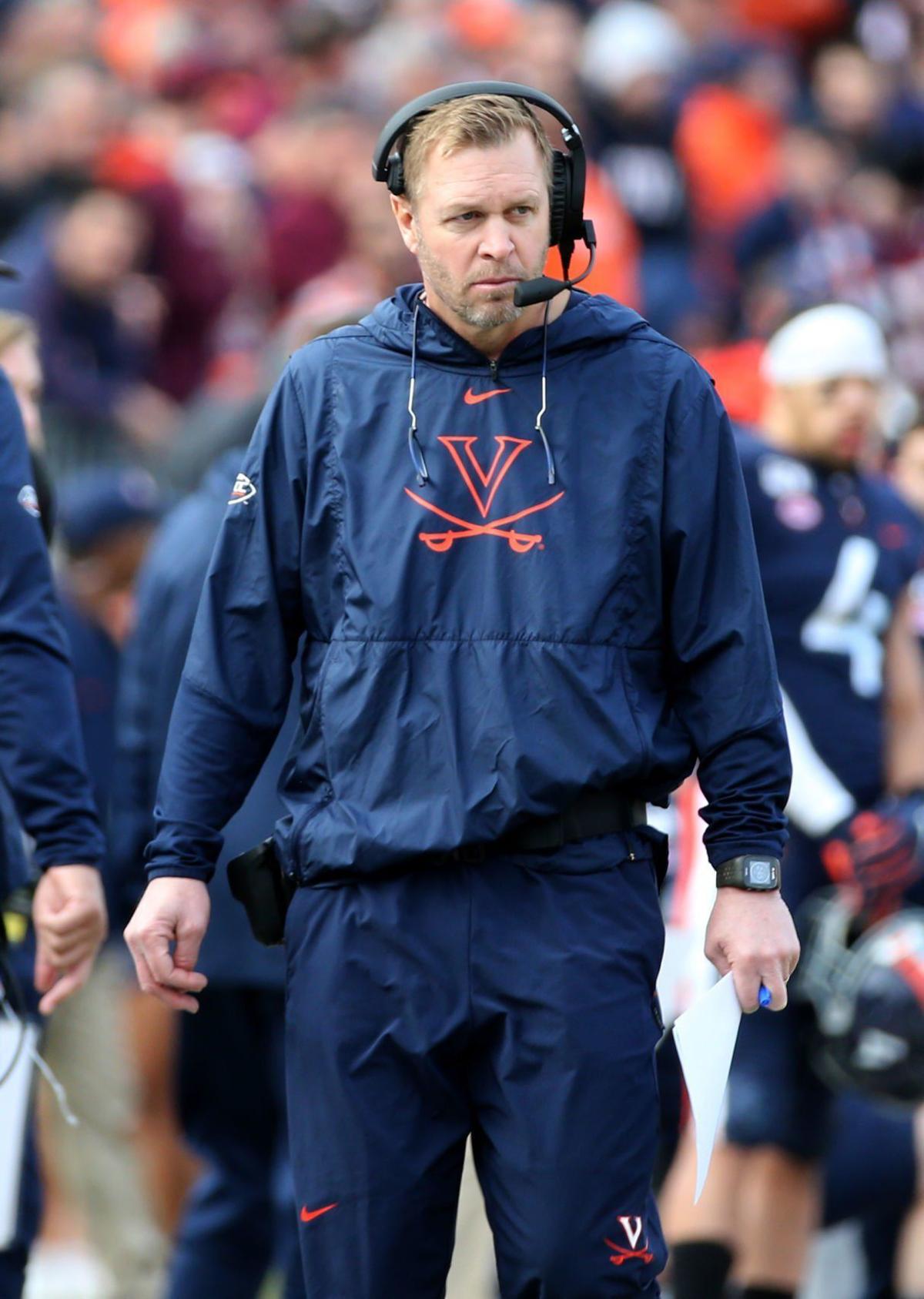 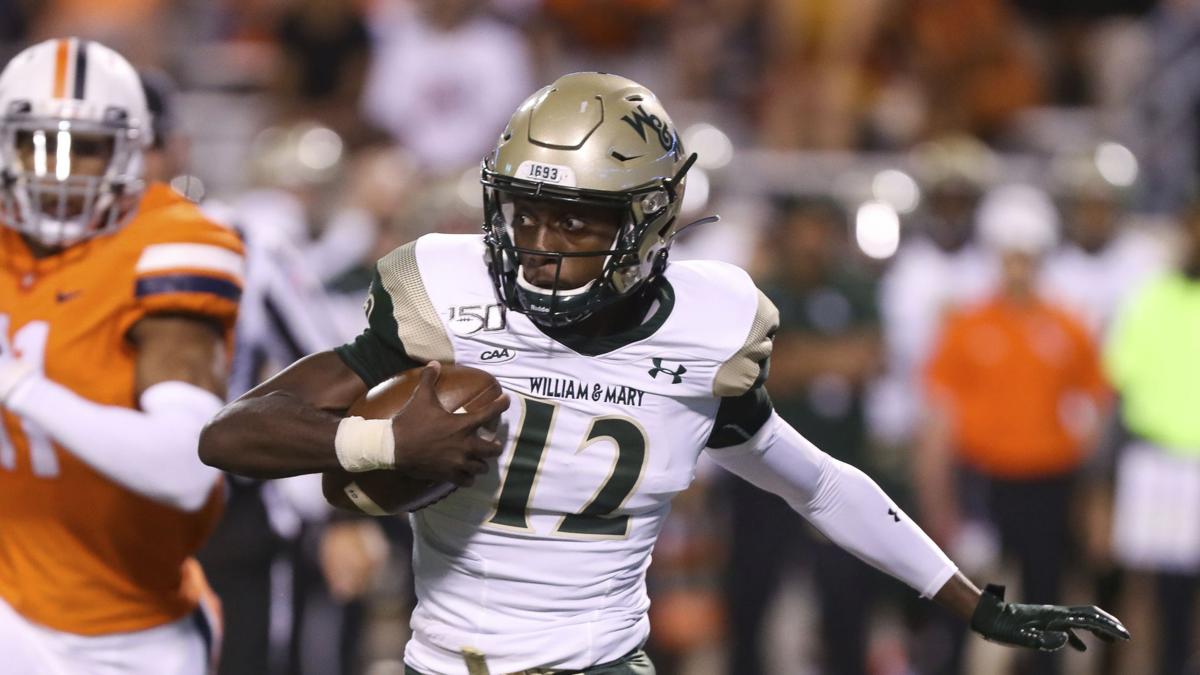 CHARLOTTESVILLE — Openers can be ugly.

It’s an unavoidable truth for college football, which, unlike its professional version isn’t afforded any preseason games to work out the kinks. Turnovers and penalties can abound, roles aren’t always clearly defined and sometimes, even plays that have been repped repeatedly in practice aren’t crisply executed in Game 1.

But this year, with a veteran-laden roster and 17 returning starters on offense and defense, UVA believes it’s positioned to play a cleaner game in its Saturday opener against William & Mary.

In fact, UVA is 4-1 in season openers under coach Bronco Mendenhall, and has won the last four. Still, like all coaches, he goes into the first game each year knowing his team is a bit of a mystery.

“Practicing against yourself always gives you a partial view, never a complete view, of how you’ll match up versus opponents,” Mendenhall said. “But it does allow a point of reference for previous teams I’ve coached against, other teams that I’ve coached and kind of where the progress lies. And so this team, because of the maturity, the practice formats have been different, the acceleration rate, the install, all these things have been different and accelerated because they’ve been able to handle it.”

And his players are confident that will translate to a cleaner opening-night performance.

“I definitely think we’re going to be able to play a more efficient opener,” said senior defensive end Adeeb Atariwa. “Obviously, there’s going to be mistakes in every game and the first game is the game you always make the biggest improvement from. But we’ll be solid.”

One other area that bears watching Saturday night — in an effort to avoid injuries, Mendenhall limited how much full-contact scrimmaging and tackling to the ground his team did this preseason. That can sometimes translate into missed tackles.

But Virginia’s defensive players don’t believe that will be the case.

“I have no concern about tackling,” said cornerback Anthony Johnson. “Coach Bronco does a great job of emphasizing playing fast and being in a football position when we’re in thud periods. I’m a believer that we can get the same amount of work done while staying up.”

There’s similar confidence in Williamsburg, where UVA’s first opponent, William & Mary, brings back a full lineup of starters on both sides of the ball. In all, it returns 34 players who’ve made at least one college start, though linebacker Tyler Christ and redshirt freshman running back Malachi Imoh both will miss Saturday’s game with injuries.

Also, starting quarterback Hollis Mathis has been cleared but still may not play the opener due to a shoulder injury.

Tribe coach Mike London, who coached Virginia from 2009-2015, said even his veteran team won’t be immune to first-game gaffes, especially considering it’s a given the Cavaliers will show some formations and plays that are new.

But having experienced players, London said, means a team has a better chance of overcoming those challenges.

Virginia quarterback Brennan Armstrong throws a pass during practice at the University of Virginia.