With veteran defense, UVA aims to bring pressure from all over the field
0 Comments
Share this
1 of 4 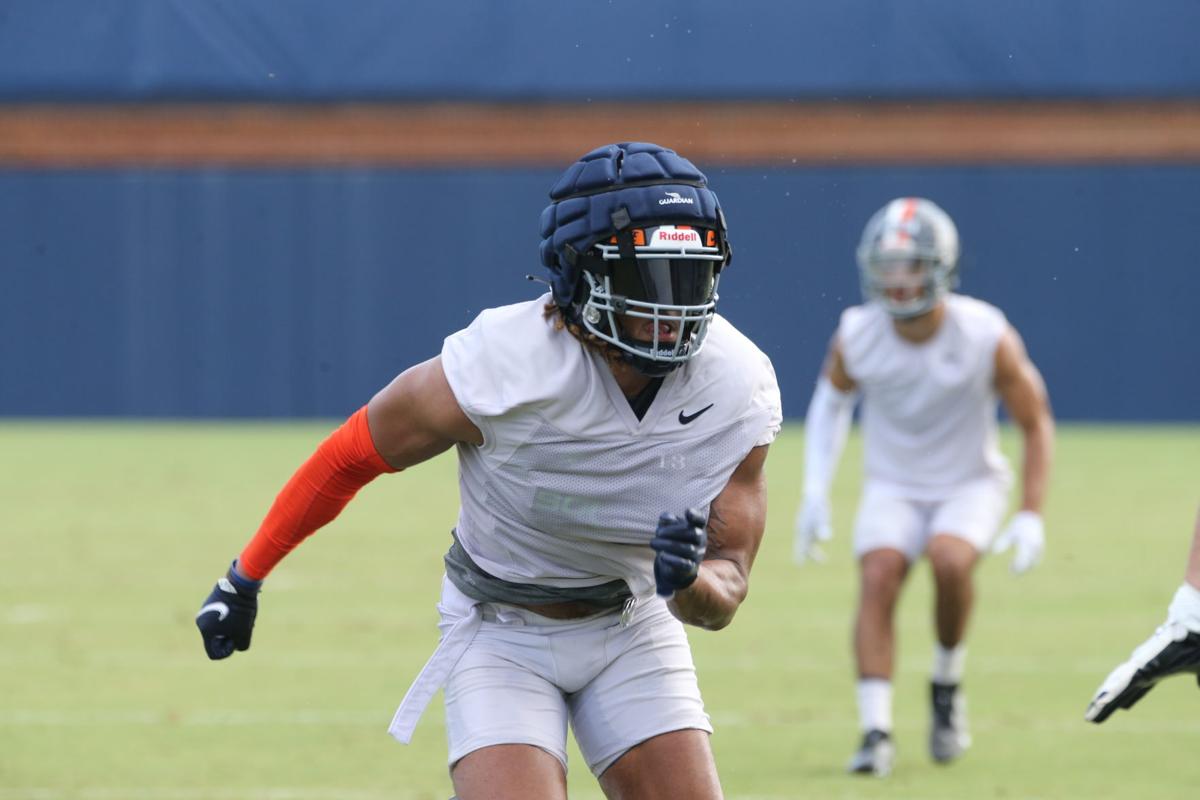 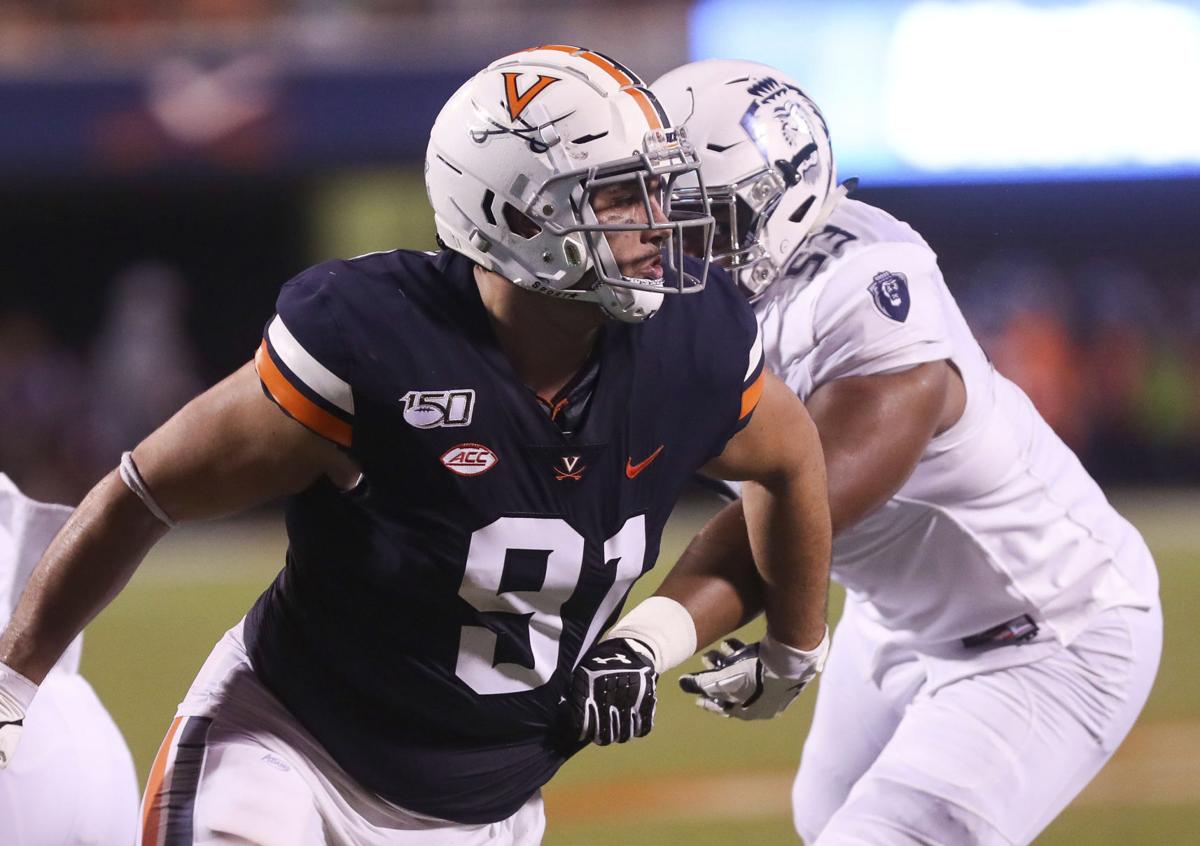 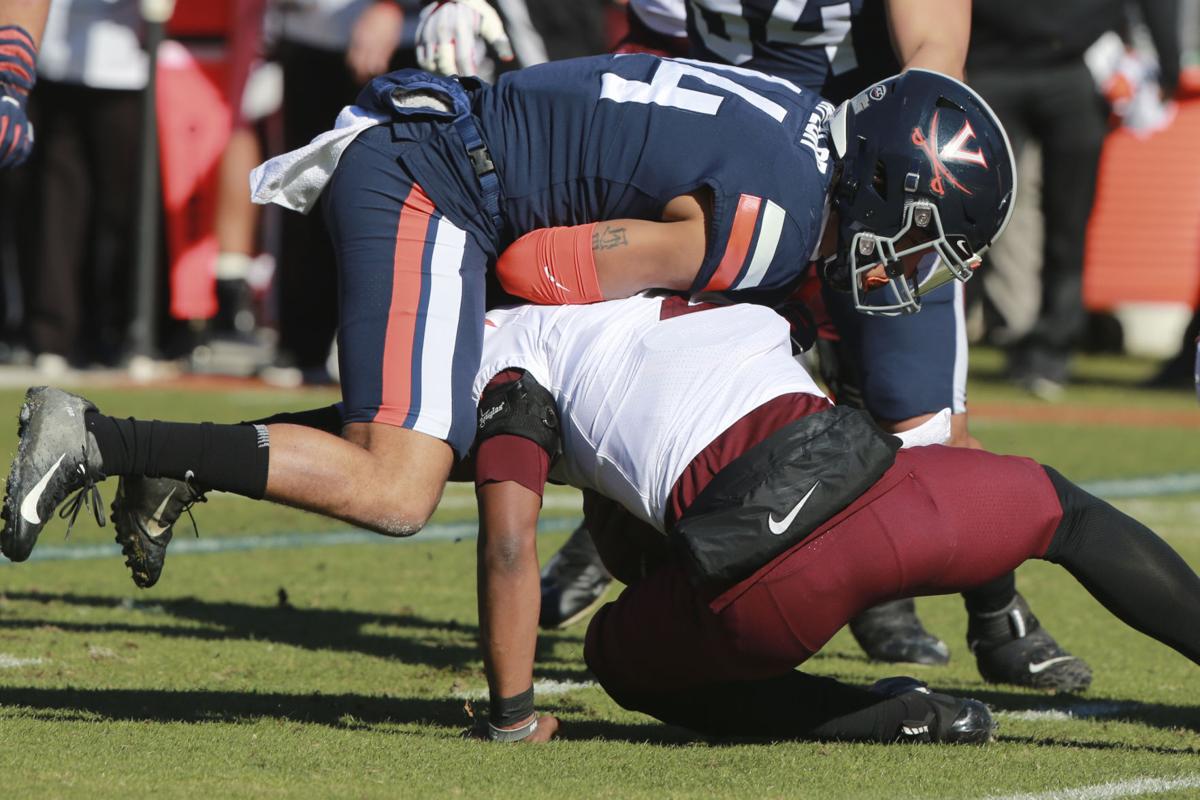 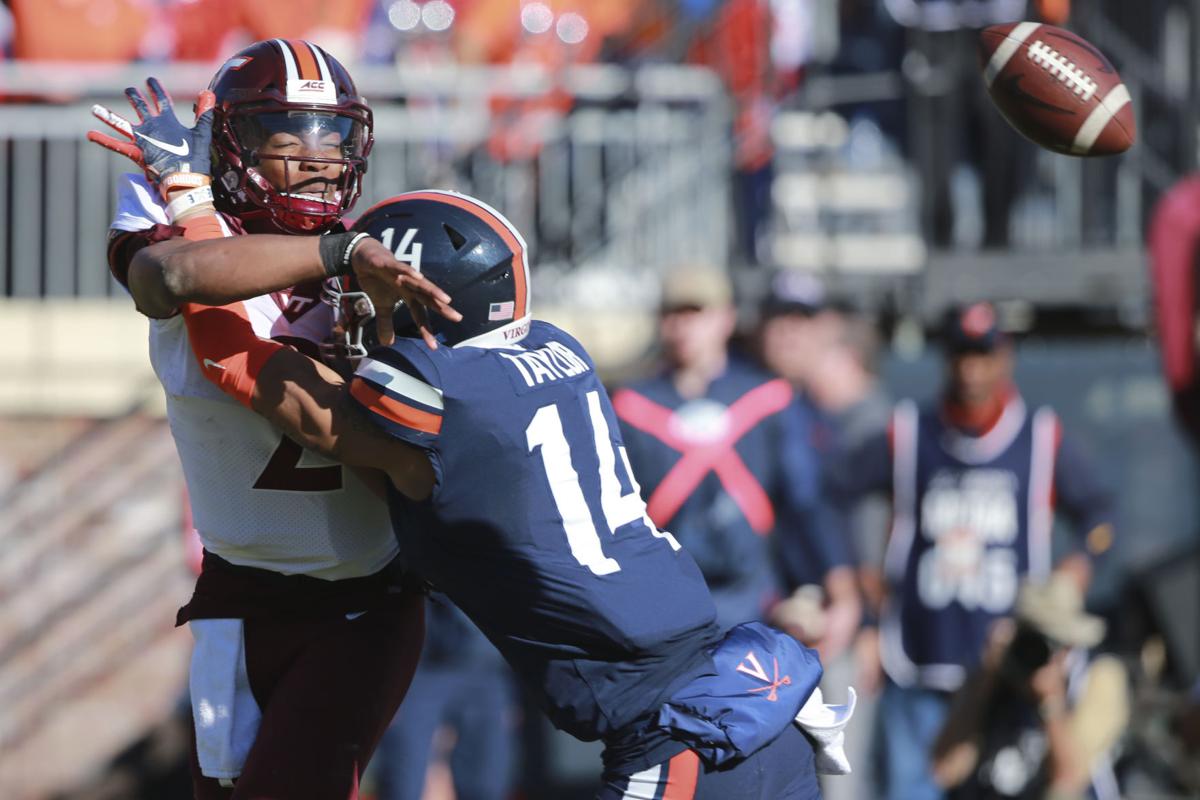 UVA’s Noah Taylor, shown hitting Tech quarterback Hendon Hooker in 2019, has notched 10 sacks and 22 tackles for losses during the past two seasons.

CHARLOTTESVILLE — Virginia’s defense takes pride in creating what it calls “havoc” plays, disrupting the timing of an offense, making plays behind the line of scrimmage and creating turnovers. During Bronco Mendenhall’s first five seasons with the Cavaliers, the team’s linebackers have been tasked with creating most of that havoc.

But going into this season, with two returning starters at defensive end, a returner at inside and outside linebacker and a trio of starters back in the secondary, UVA believes it will be able to create pressure from every spot in its lineup.

Basing out of an odd front, frequently a 3-4 alignment with three down defensive linemen and four linebackers, the vast majority of UVA’s sacks and quarterback hurries have come from blitzing linebackers.

A linebacker has led the team in tackles for losses the past three seasons — Charles Snowden last year, Noah Taylor in 2019 and Chris Peace in 2018. In 2017, Peace was tied with defensive end Andrew Brown in that statistical category.

Since Mendenhall took over before the 2016 season, Virginia’s defense has recorded 157 sacks. Of those, 98½ came from the linebacker position, accounting for 62.7% of the team’s sacks.

“It’s more effective when you have capable players in a scheme that’s not predictable and it can come from any place,” Mendenhall said. “That’s the ideal. The next best is when you’re leveraging and putting players in a position to do what they can do. If they have disruptive ability — and that usually means athleticism and mindset — then you have to bring them from multiple players. I think this will be a collective.”

With seniors Mandy Alonso and Adeeb Atariwa back at defensive ends, there’s reason to believe Virginia — which opens its season Sept. 4 at home against William & Mary — will generate more pressure from its down linemen this year. To encourage that, the team has had its ends lining up wider, farther outside its nose tackle on the outside shoulders of offensive tackles, to create more one-on-one pass rush opportunities, Alonso said.

“I think, this year, we’ve got some pieces and I think Coach may give us an opportunity to do some things one on one and get after the quarterback,” defensive line coach Clint Sintim said. “We just have to be ready when the opportunity presents itself and finish on the quarterback.”

Veterans at safety figure to play a role as well. Senior safety Joey Blount has six career interceptions and three forced fumbles and is adept at getting to the quarterback on blitzes, with 4½ career sacks. Senior cornerback Nick Grant has picked off four passes in the past two seasons.

Still, Taylor may be the most havoc-inducing option the Cavaliers have this season. The senior outside linebacker has 22 tackles for losses, 10 sacks, three interceptions and two forced fumbles during the past two seasons.

“I see it coming from everywhere,” senior linebacker Elliott Brown said. “We have a big group of senior DBs, our linebacking corps is always in the mix in that havoc area, and I have extreme faith in our defensive line as well. We can see it from a lot of places. We have an abundance of blitzers where offenses aren’t going to be able to pick one of us up or two of us up.”

UVA’s Noah Taylor, shown hitting Tech quarterback Hendon Hooker in 2019, has notched 10 sacks and 22 tackles for losses during the past two seasons.