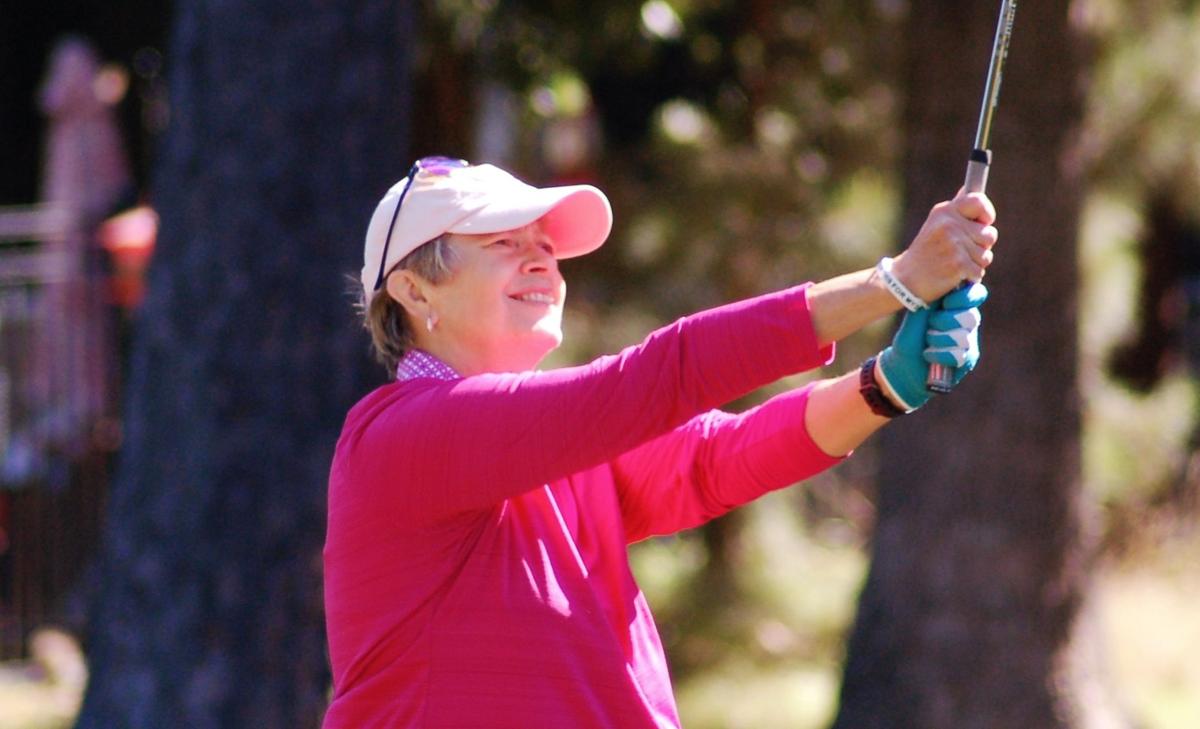 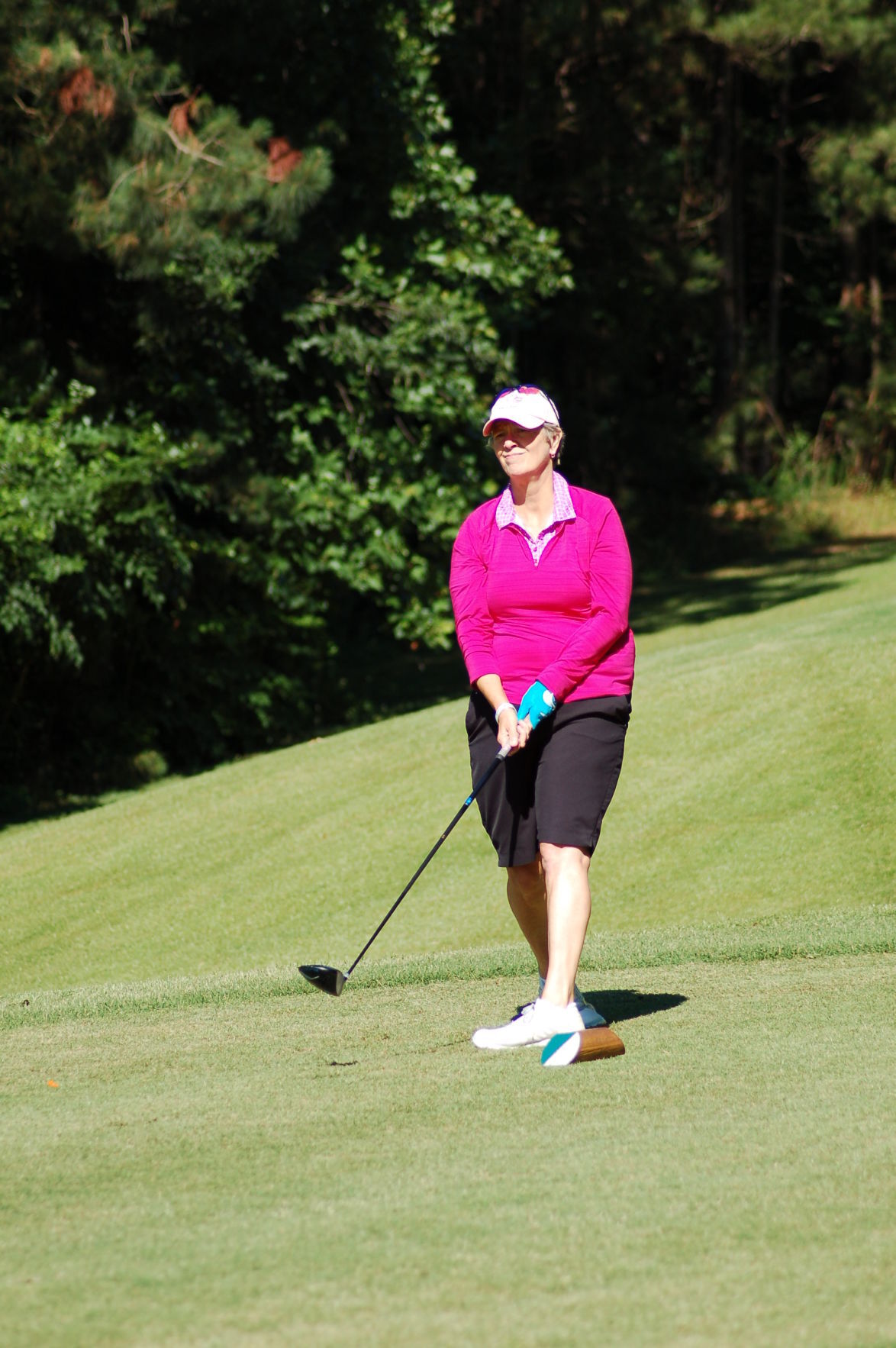 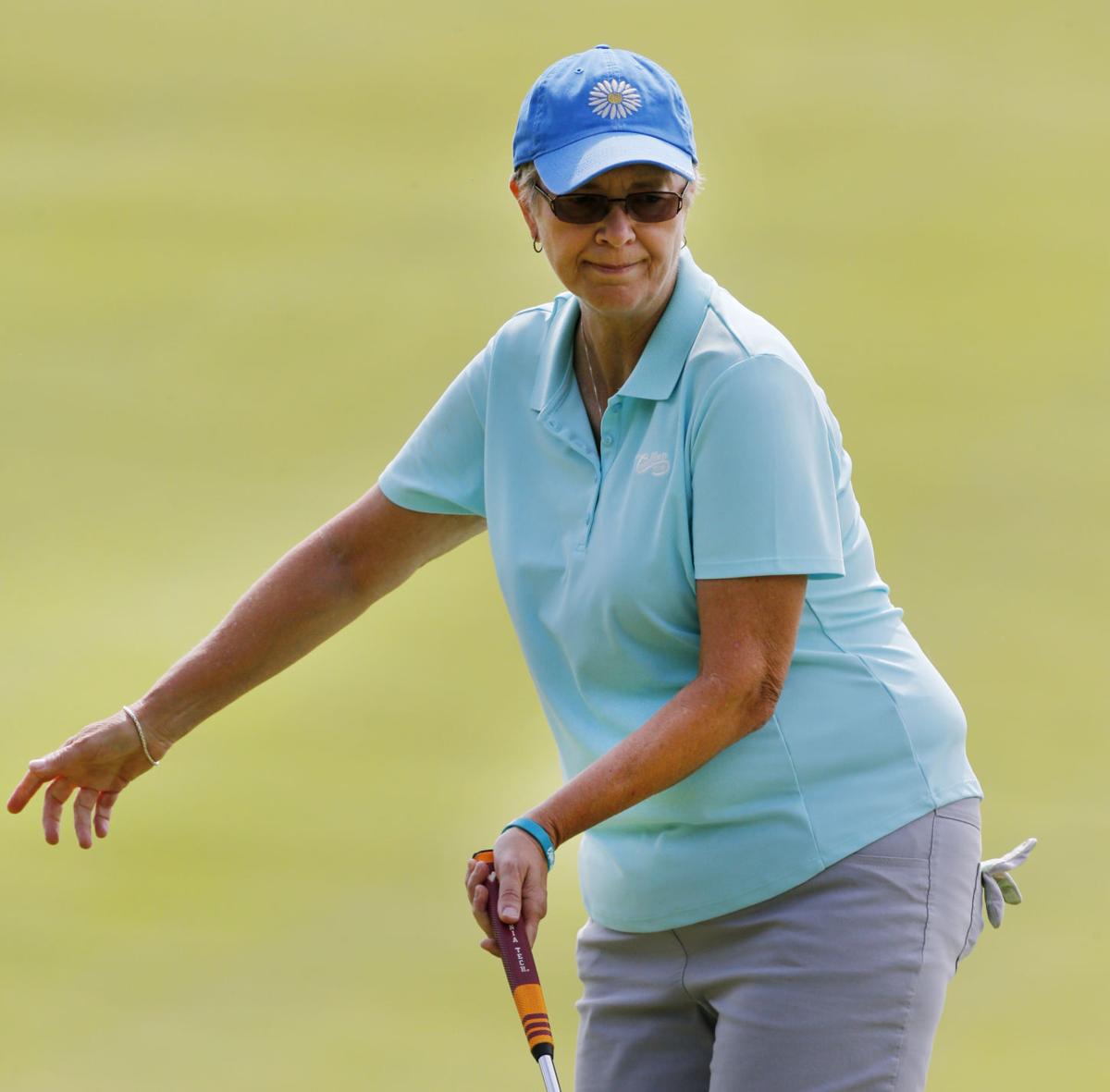 Nevia Cashwell coaxes a putt on #1 during first round of championship flight match play in the RWGA city championship at Stonehenge Golf and Country Club on Tuesday, June 5, 2018.

Two words describe the mood of the Richmond Women’s Golf Association as play begins in the 93rd RWGA City Amateur Championship: No regrets.

Officials and players regard the cancellation of last year’s tournament in response to the COVID-19 pandemic as regrettable but unavoidable. That decision, announced in April of 2020, removed the Women’s City Am from Richmond’s sporting calendar for only the third time in the event’s history and the first time since World War II.

“Absolutely. No question about it: What was done had to be done,” said 2019 champion Nevia Cashwell. From a player’s perspective, Cashwell said, the decision “was very understandable but also disappointing.” From a human standpoint, she said, “Let’s face it: Canceling a golf tournament is a pretty small thing when compared to what so many other people had to go through.”

Tournament co-director Katherine Berry said she is “so sorry we had to miss” the 2020 tournament. She was in no way second-guessing.

“I’m glad we did what we did,” said Berry, a retired nurse whose background includes hospice and palliative care. “It was the right thing to do. Really, it was the only thing to do. Remember: This was back at the beginning — before testing and before vaccine availability. We weren’t certain how the virus spread. The numbers of cases and deaths were rising daily. We were worried about our players. We couldn’t put teenagers and older players together — maybe in the same cart — for five consecutive days. It was just too risky.”

Instead of competing last year for a city championship, players improvised. Cashwell said she and a small group of fellow Highlands club members, all of whom implicitly trusted each other’s judgment and behavior, played “maybe twice a week” while the pandemic was howling. These outings more closely resembled social than competitive golf, Cashwell said. “But they at least gave us something to be thankful for. We were outdoors, we were playing golf, and we had a wonderful distraction — which is something not everyone can say.”

The risk has since diminished. Summer Lee, the head gold professional at the Country Club of Virginia’s James River and Tuckahoe Creek courses, said she expects protocol to be “pretty much back to normal” when 73 players gather at the par-72, 5,186-yard Tuckahoe Creek layout for Monday’s 18-hole stroke-play qualifying round. Masks will not be required. Players will share carts and will be permitted to pull flagsticks and rake bunkers when the need arises.

An element of mystery surrounds the 2021 tournament. Preparation appears not to have suffered. Three-time champion Boodie McGurn said “a lot of golf was being played by a lot of players” in the weeks leading up to the event. One of those players, 31-year-old Kristine Rohrbaugh, is returning to the City Am for the first time since winning in 2008 as an 18-year-old. She will arrive with the field’s best index: 0.0. Cashwell, poised and steady while winning at The Highlands in 2019, said her game is not where she would prefer as she prepares to defend her title.

“I’ve been playing, but I’ve been struggling a little bit,” she said. “All I can do is try to get out there and work my way through it. I’m going to try not to think of myself as the defending champion this week. I’m just going to go and play the best I can and hope ‘the best I can’ is good enough on any given day.”

The Tuckahoe Creek Course is playing host to the Women’s City Am for the first time. Lee said the course, lush and green after recent rain, will reward the player “who can hit it straight and carry it in the air.” Water comes into play on six holes. Over-water shots are required on four.

“It’s going to be target golf,” Cashwell said. “You can’t just step up to the tee and automatically reach for your driver. You can get into a lot of trouble out there.”

Nevia Cashwell coaxes a putt on #1 during first round of championship flight match play in the RWGA city championship at Stonehenge Golf and Country Club on Tuesday, June 5, 2018. 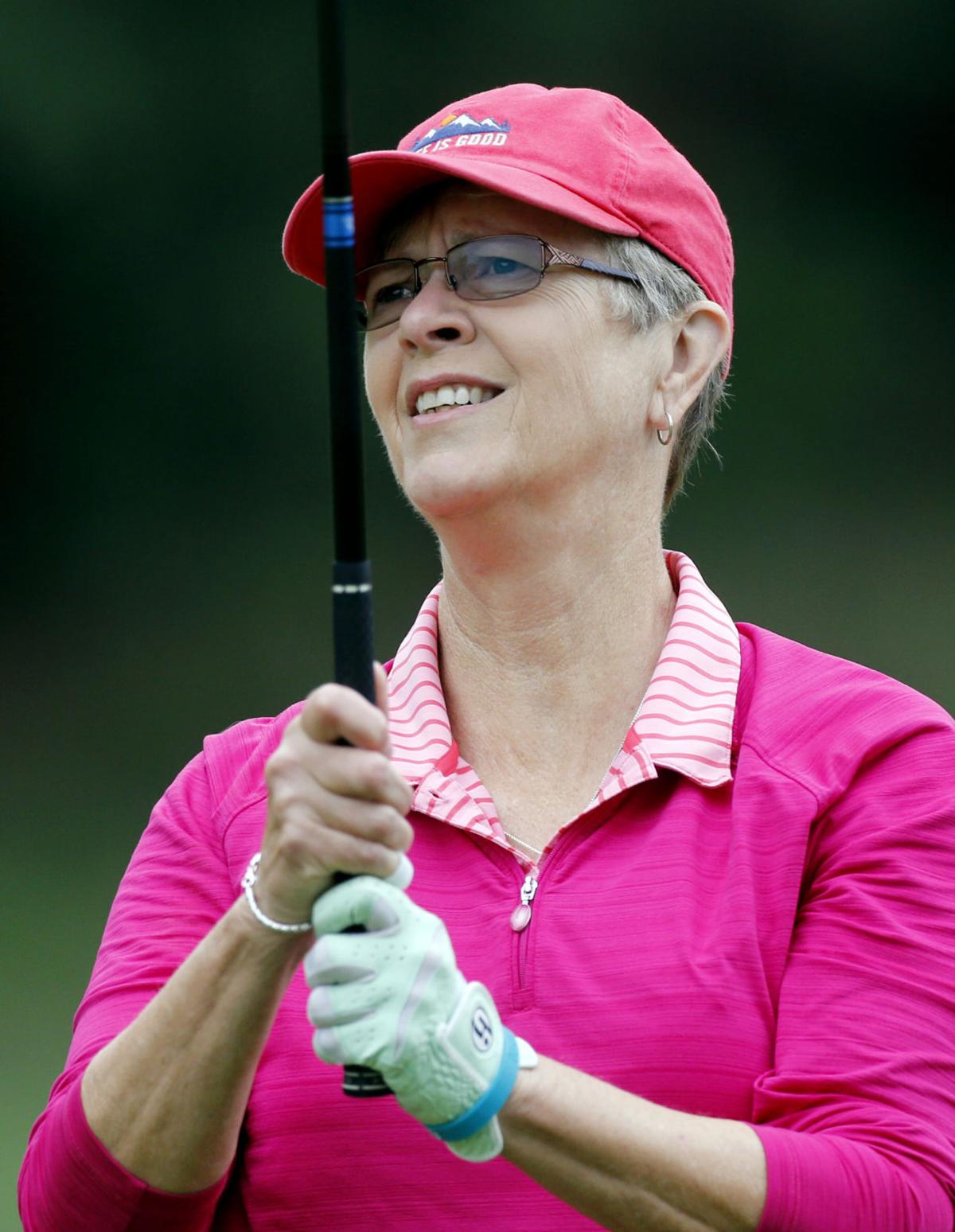 Nevia Cashwell says she will try not to view herself as the defending champion.