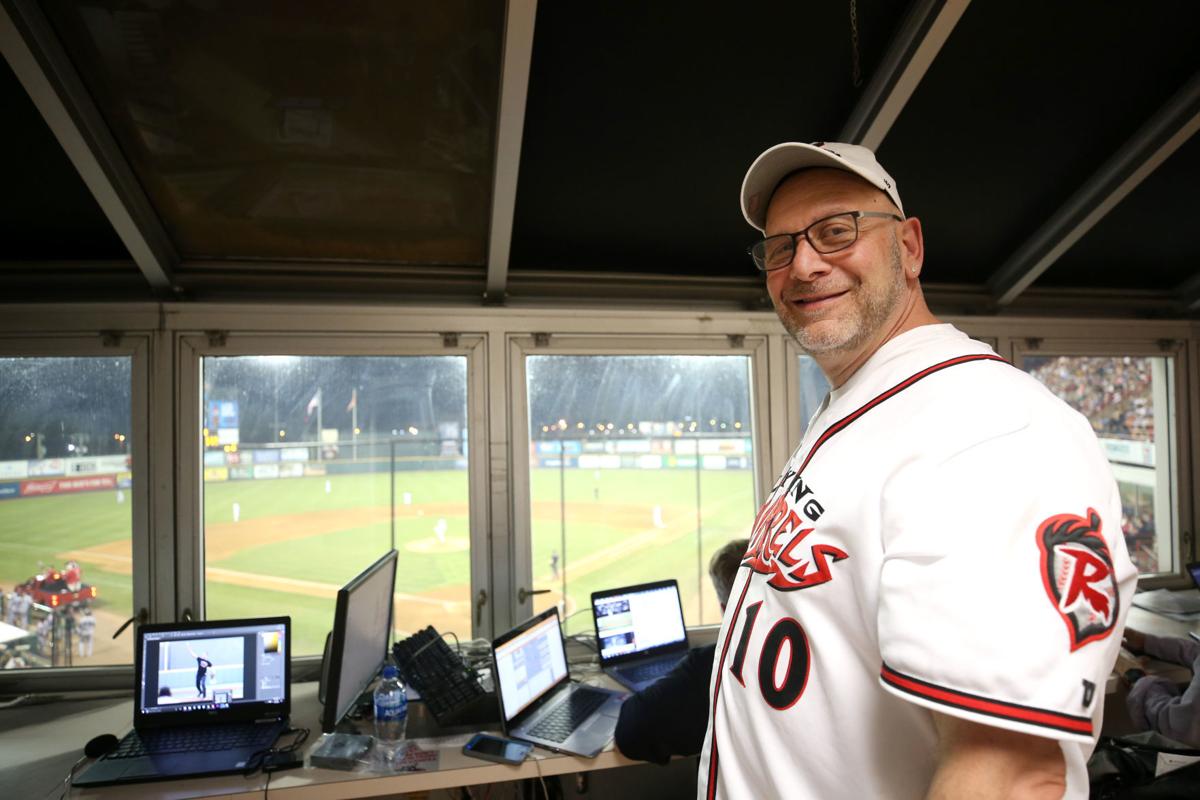 Lou DiBella, president and managing general partner of the Richmond Flying Squirrels, was part of Friday’s franchise-record crowd of 9,845 at The Diamond. The Squirrels are in their ninth season. 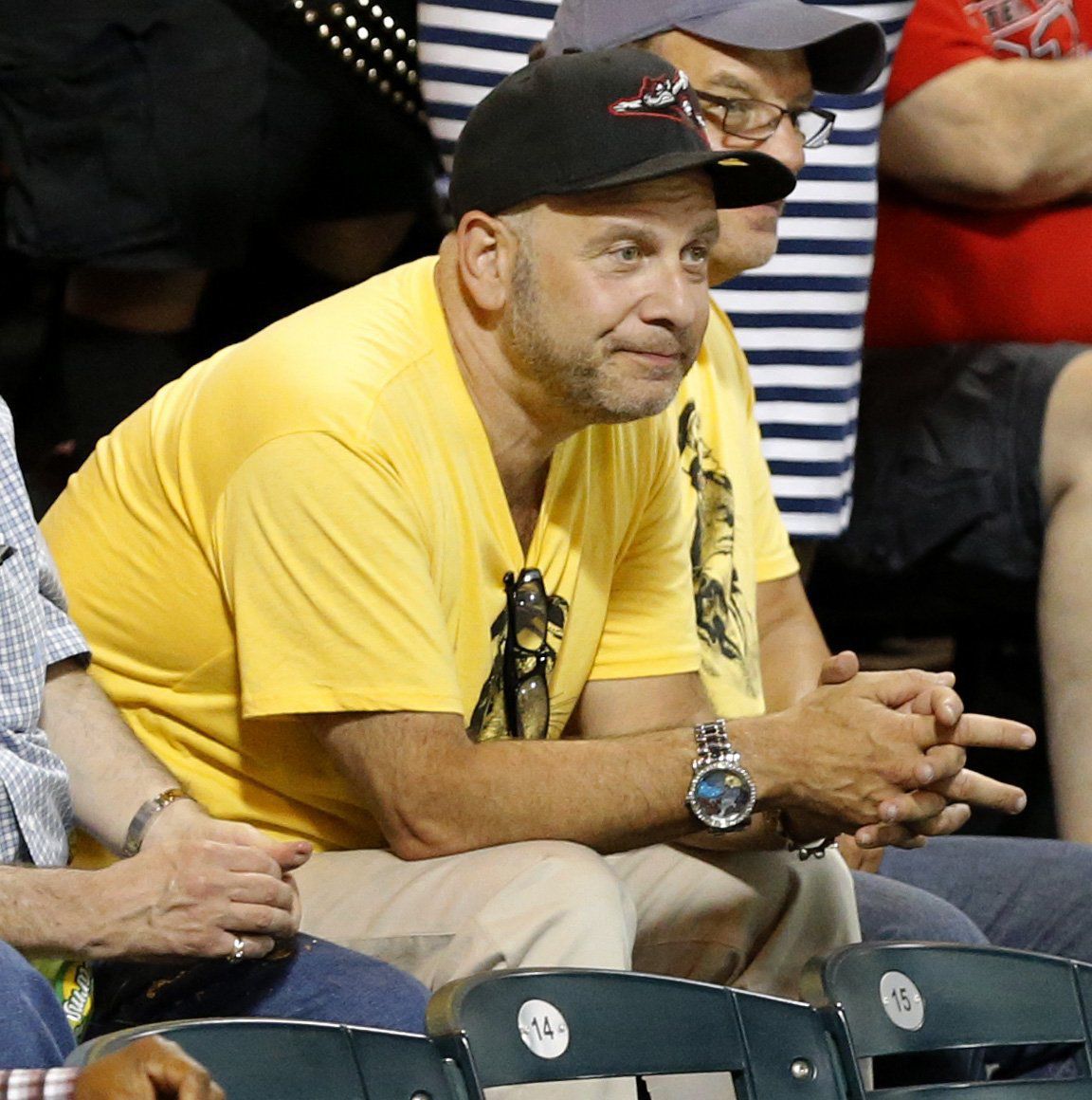 Richmond Flying Squirrels president Lou DiBella has seen the team’s ownership invest about $3.3 million in upgrades to The Diamond, according to Chuck Domino, the franchise’s chief executive.

Lou DiBella sounded as if he had just hit a game-winning homer to win a championship.

It was Friday at 10:50 p.m., after the Richmond Flying Squirrels beat Reading 3-1. DiBella, the Squirrels’ president and managing general partner, was part of the franchise-record 9,845 fans at The Diamond, which seats 9,560, for the team’s ninth home-opener. Standing-room areas accommodated the overflow.

“The idea that that’s happening almost a decade into being here, in this same facility, I can’t tell you how happy I am inside,” DiBella said. “Our fans are so loyal. All you can ask for when you work hard in anything you do in your life is that you feel like people appreciate you. The love that we get in this community, honestly, I’ve never felt it any place else.

“I’m so grateful to be here. Squirrels Nation is really strong.”

The Double-A franchise relocated from Norwich, Conn., for the 2010 season, and the Eastern League and DiBella were assured that steady progress toward a new Richmond ballpark would be made. The condition of The Diamond, opened in 1985, caused the Atlanta Braves to move the Triple-A affiliate they owned, the Richmond Braves, to Gwinnett County, Ga., following the 2008 season.

Still, there is no firm plan for a new stadium. Richmond continues to support the Squirrels, whose ownership invested about $3.3 million in upgrades for The Diamond, according to Chuck Domino, the franchise’s chief executive.

During Friday night’s game, DiBella reflected on the improvements, and the fans’ support.

“It’s nine years later. If you would had told me we’d still be at The Diamond nine years later and I’d be this happy, I probably would have doubted it. But I am this happy,” DiBella said. “Look, we’ve put a lot of time and money and creativity into The Diamond. I think the ballpark looks better than it has looked in a long time, and for our fans, I think we continue to provide a great experience.

“Our house is the best house we can make it. I’m so proud of our staff from top to bottom. I don’t think anyone does it better in terms of providing an affordable in-stadium experience for families, for couples, for buddies, for whoever. For young and old, this is a great place to hang out and have a good time.”

DiBella said promises that were made a decade ago regarding a new ballpark “are not worth going over again,” and that he senses “a new day, a new time, a new place. … I’ve got to tell you, there were tumultuous times here for us. There was a lot of politics. It’s funny. A lot of politics seems to be gone. You see a spirit of cooperation more in this town, certainly in the circles we’re now involved with. Cooperation is really sort of refreshing, and it’s not exhausting.”

The city and surrounding counties, VCU, and the Squirrels remain in discussions concerning the acquisition of land adjacent to The Diamond, across Hermitage Road, for the purpose of building a new ballpark that could be part of a VCU satellite campus for athletics facilities.

“Nothing new. No earth-shattering news other than I’m having a great night and I’m optimistic about the future and I know that the love affair between the Squirrels and Richmond will continue far into my lifetime,” DiBella said.

On the field, DiBella sees an improved product this season supplied by the San Francisco Giants. In March of 2016, the Squirrels and Giants extended their player-development contract through the 2020 season. The franchise’s partnership with the Giants dates to 2003. DiBella has often expressed his loyalty to the Giants, and did again Friday. He did not dismiss the possibility of one day entering into an affiliation with a major league organization closer to Richmond.

“It’s a good relationship with the Giants and there’s not a lot of sense in prognosticating the future,” DiBella said. “The Giants are great to work with, but who knows what happens here in years to come.”

Lou DiBella, president and managing general partner of the Richmond Flying Squirrels, was part of Friday’s franchise-record crowd of 9,845 at The Diamond. The Squirrels are in their ninth season.

Richmond Flying Squirrels president Lou DiBella has seen the team’s ownership invest about $3.3 million in upgrades to The Diamond, according to Chuck Domino, the franchise’s chief executive.