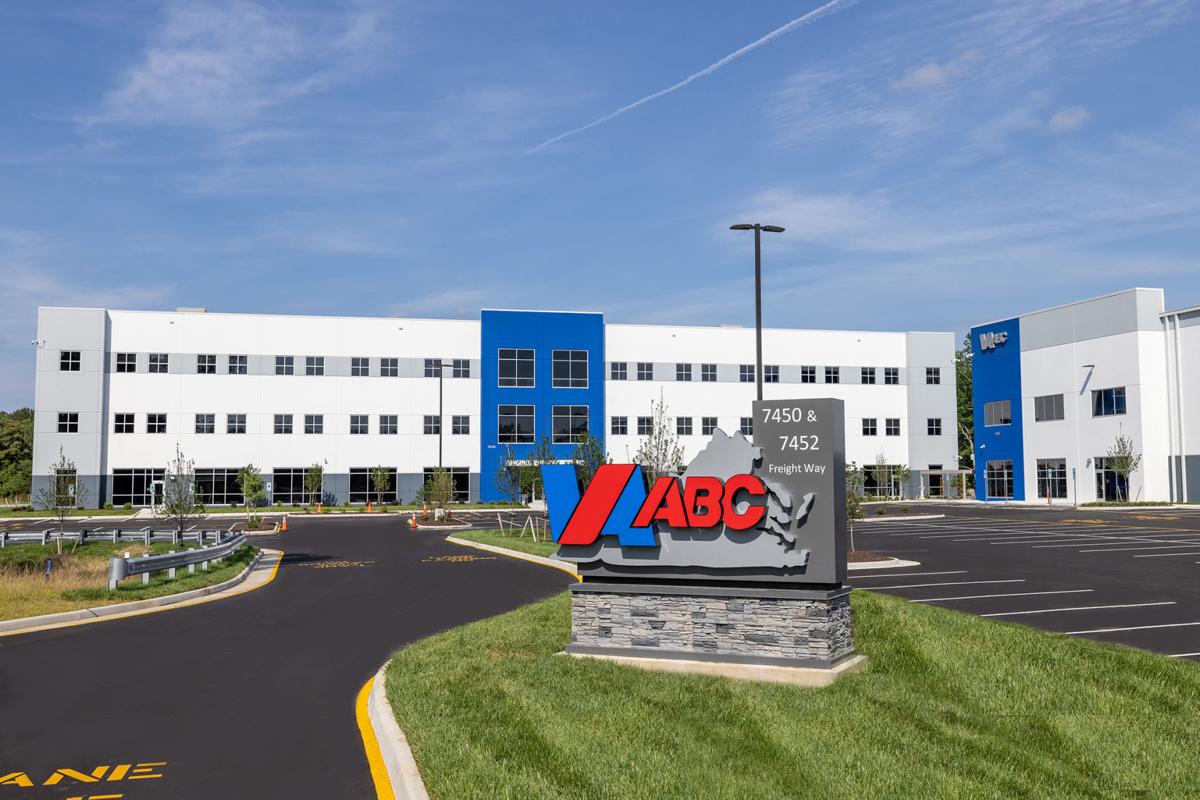 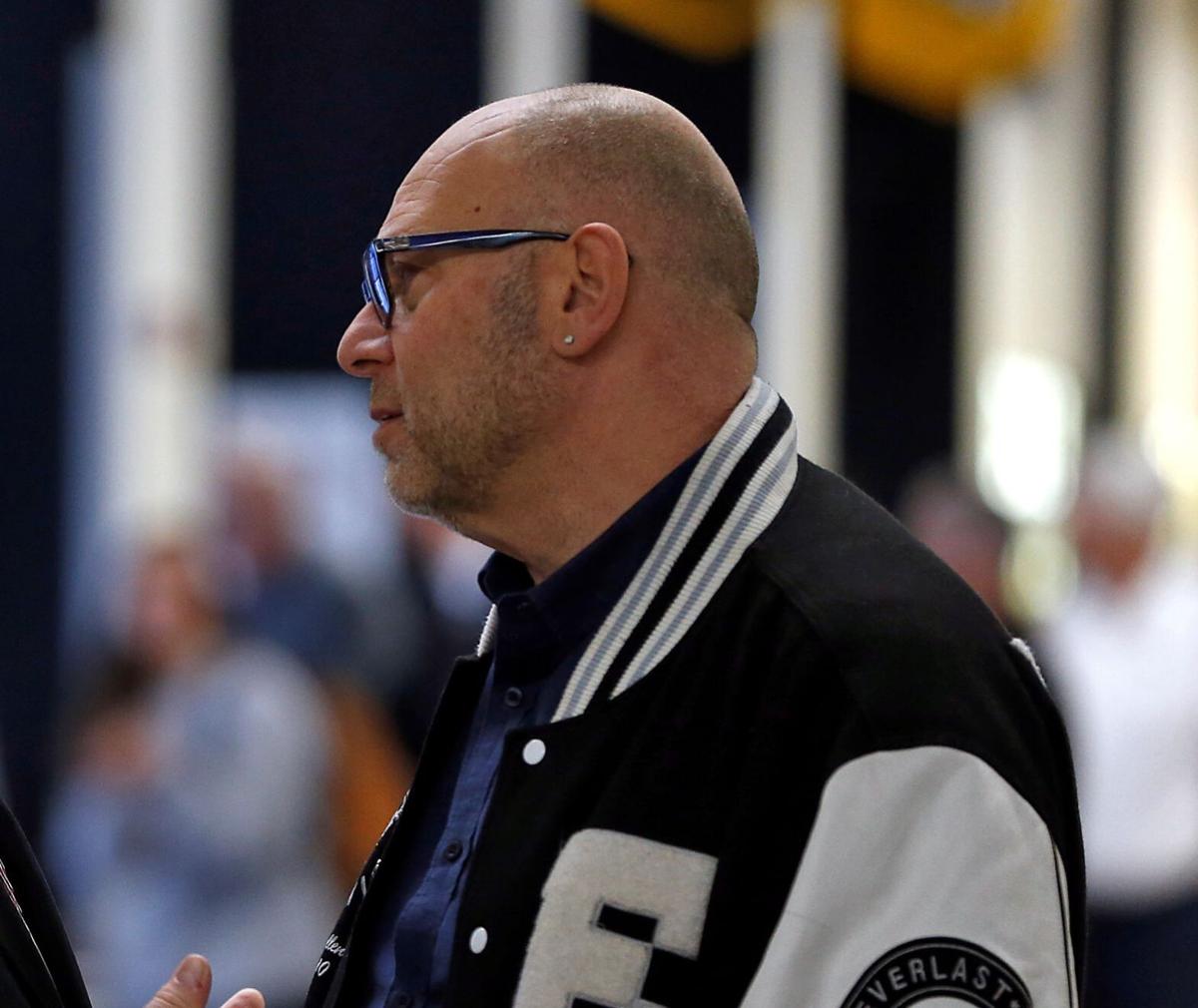 Lou DiBella, the president of the Richmond Flying Squirrels: “We’re getting close to the time that we need to see more direct and meaningful announcements and action. I’m optimistic that they’re coming.” 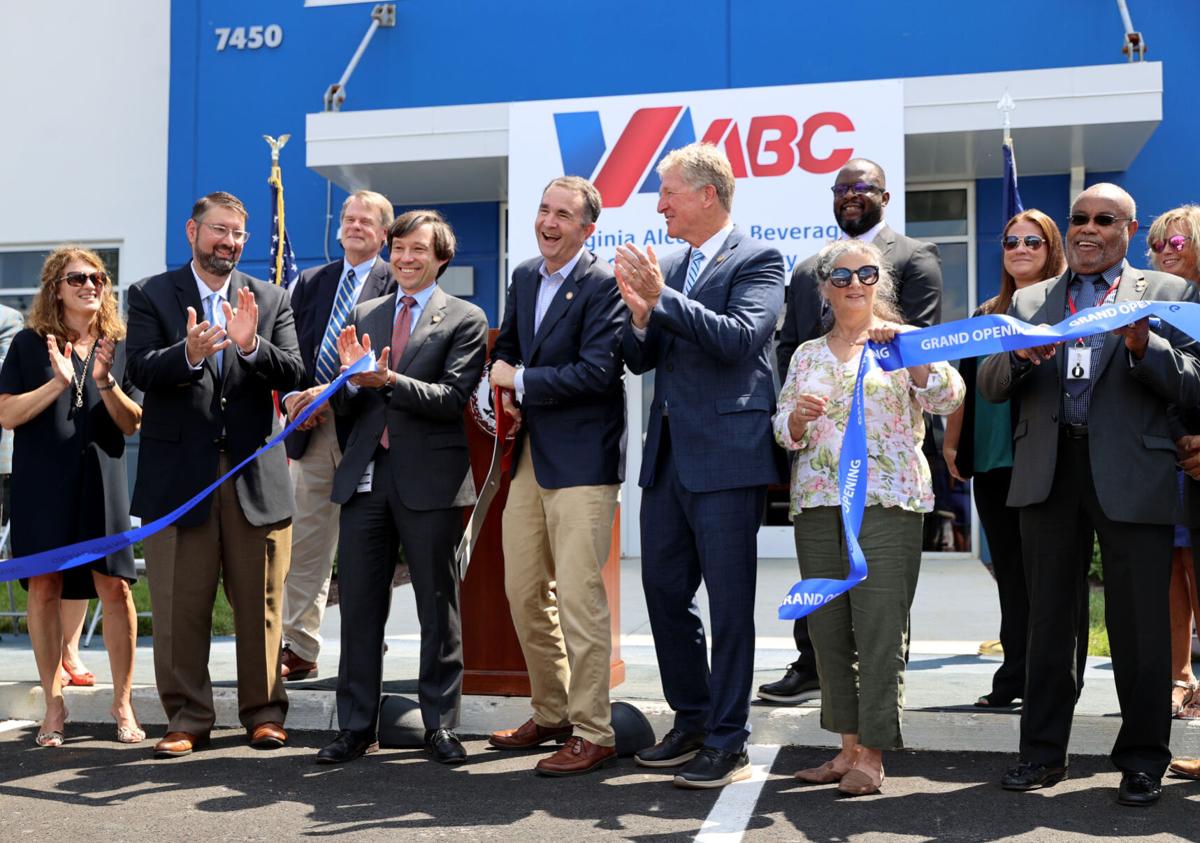 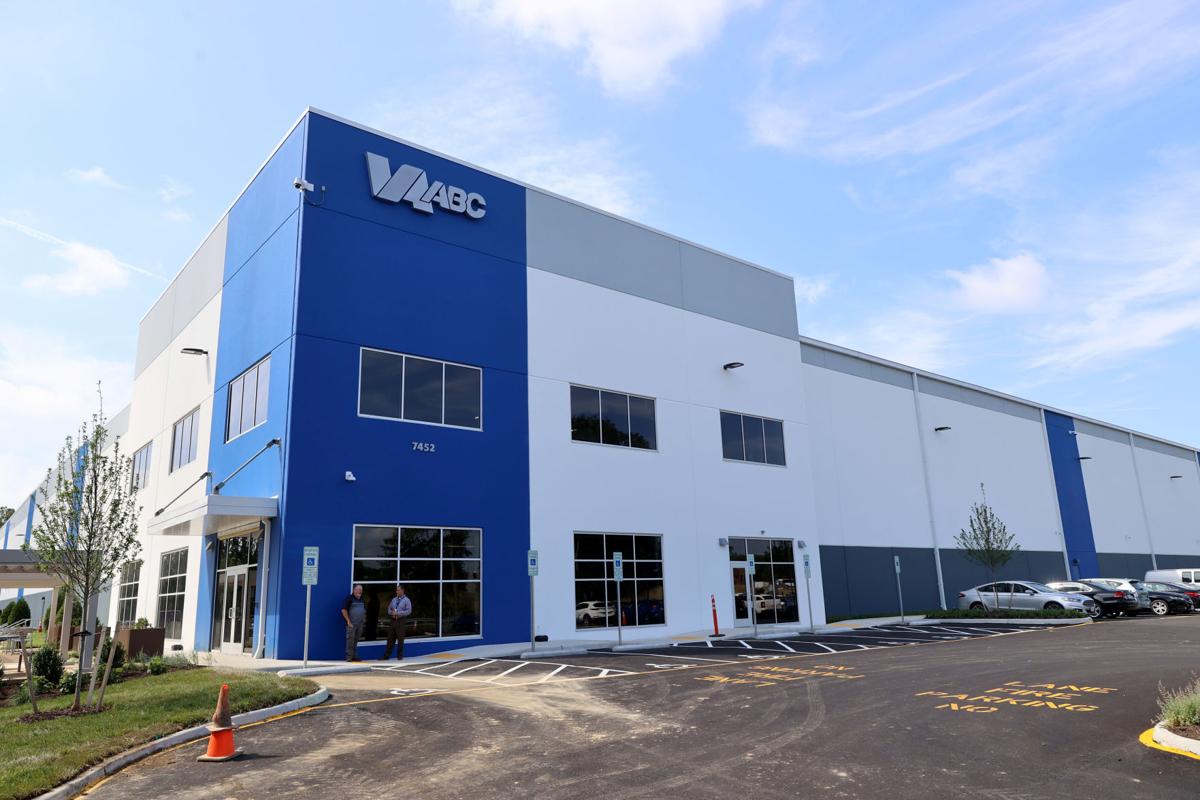 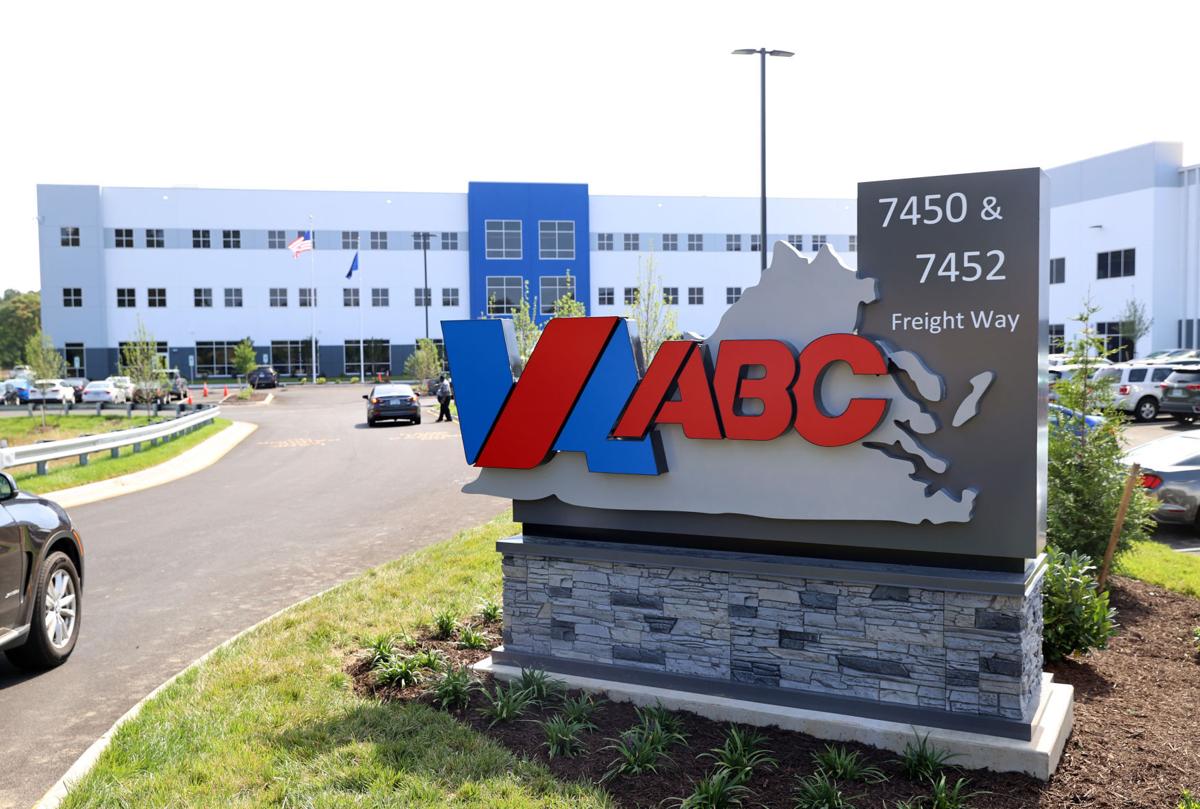 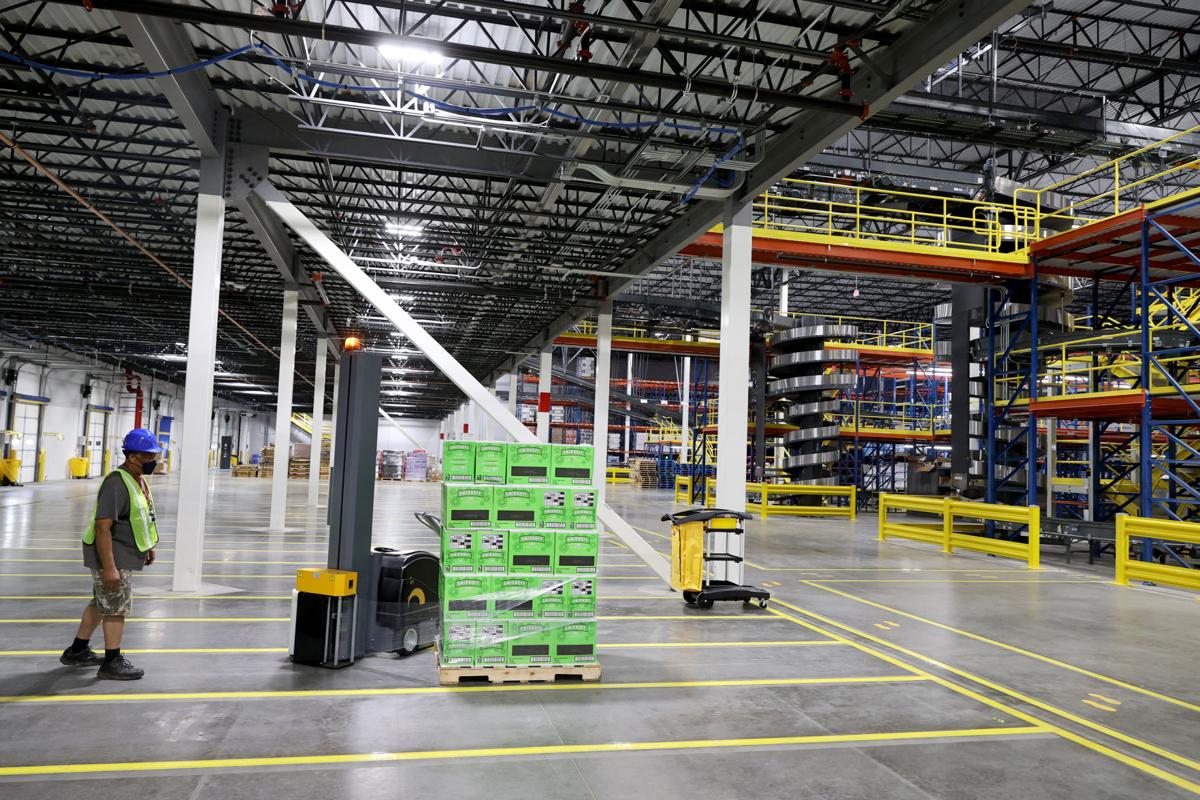 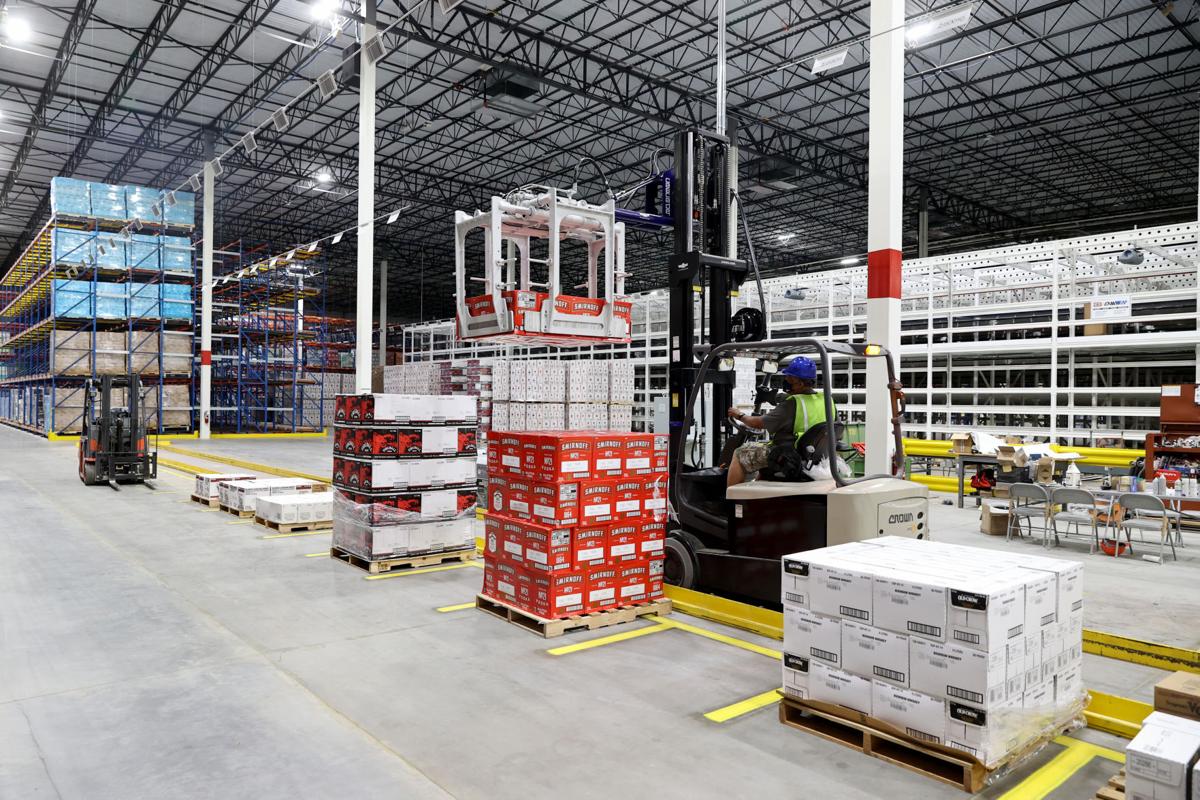 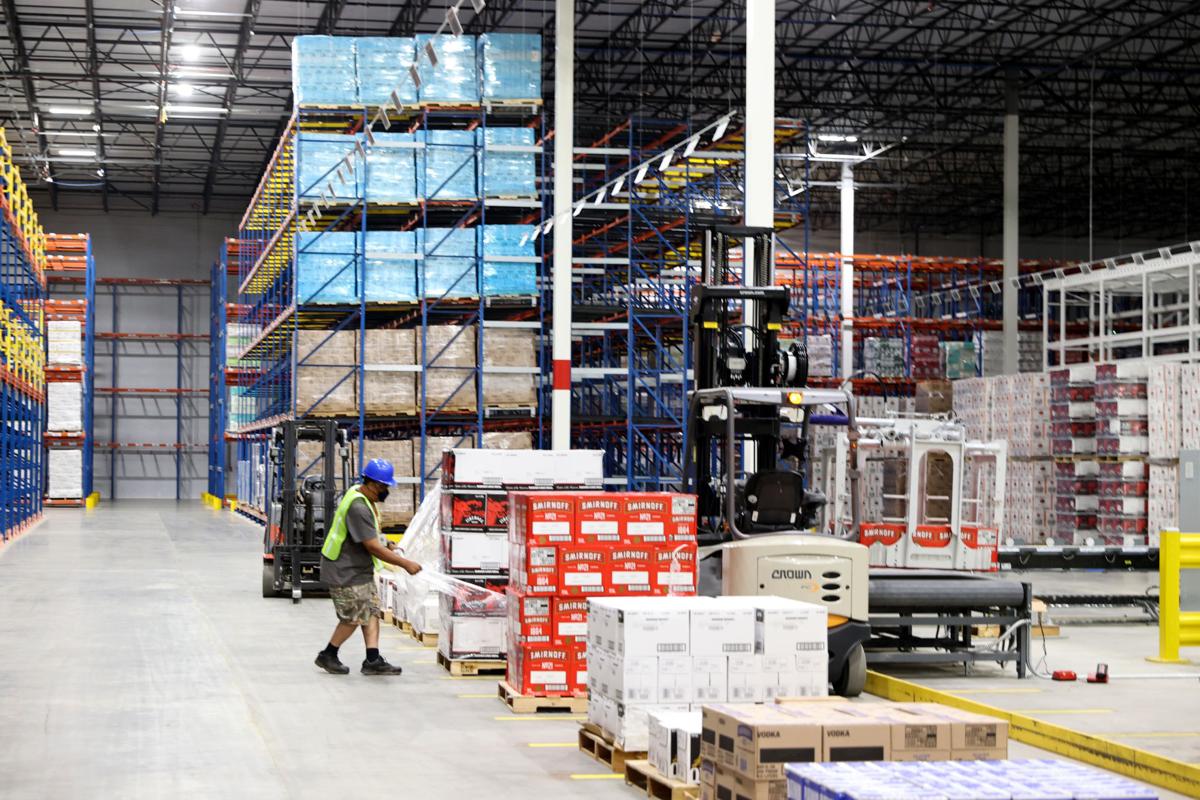 The new warehouse is 37% larger than the Hermitage Road warehouse in Richmond, which remains in use for the time being. 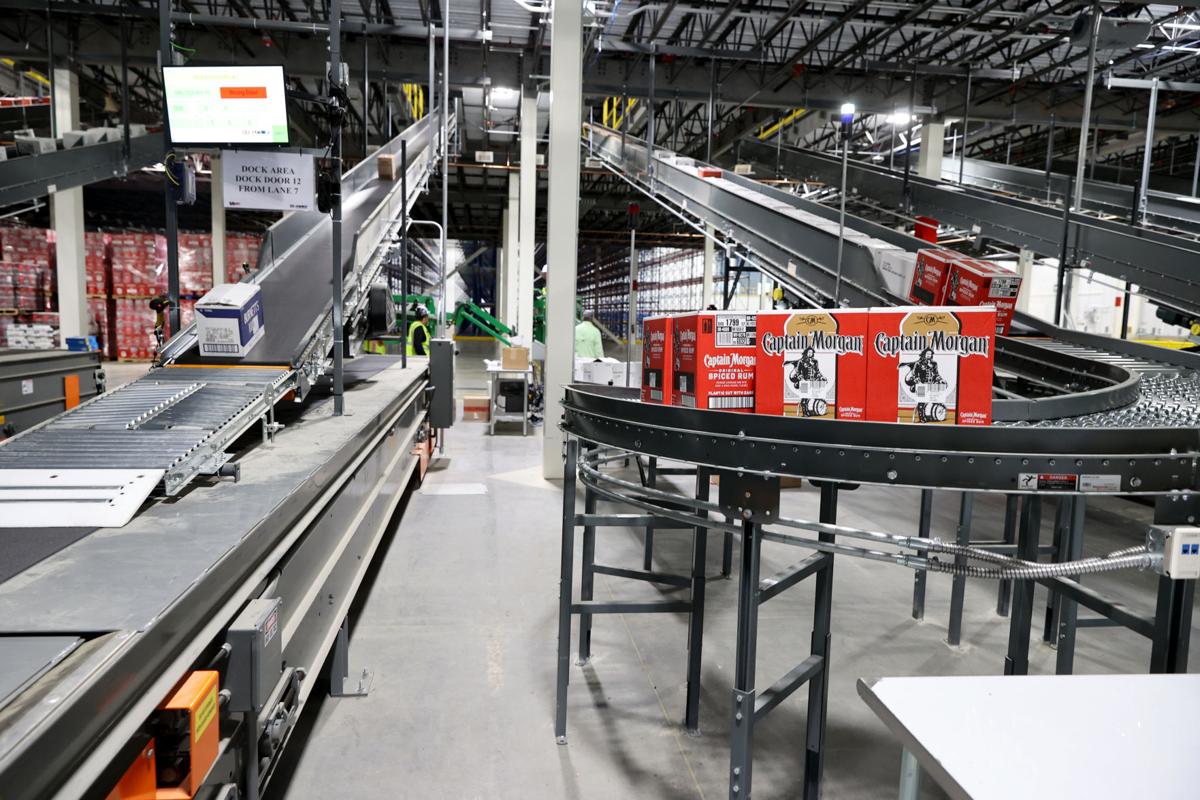 Monday’s ribbon-cutting ceremony at the Virginia Alcoholic Beverage Control Authority complex in Hanover County brought the ABC closer to having its full operation at one new site, and is expected to bring the Richmond area closer to a new baseball stadium.

Gov. Ralph Northam was among officials present for the formal opening of the new complex on 40 acres near Pole Green Road. It is home to a 95,000-square-foot, three-story office building and a 315,000-square-foot distribution center (nearly seven football fields), which is expandable to up to 399,000 square feet.

The project was budgeted for $91 million and is targeted to finish at that cost, according to the ABC, which broke ground on the project in February 2020.

“To the legislative staff, legislators here today, thank you for investing in our vision, and allowing us to move forward, and supporting the commonwealth for decades to come,” said Travis Hill, the ABC’s CEO. About 500 ABC employees are transitioning to the new site.

The new buildings exceed expectations, according to Brian Moran, the secretary of public safety and homeland security. “So impressive, so fabulous,” he said.

Northam praised the ABC and its partners for the project’s continuation through the health crisis, and for its 22nd consecutive year of record-breaking revenue in its last fiscal year.

A portion of ABC revenue goes to Virginia’s general fund and “that money is used for programs that really benefit all Virginians,” Northam said. “Over the past five years, ABC has transferred more than 2.3 billion — with ‘b’ — dollars back to the commonwealth.

“We want to keep up the good work, and these new facilities will certainly help us do that.”

The new compound, developed by H&M Construction, replaces the Hermitage Road administrative headquarters and distribution center, which together became operational in 1971.

The new warehouse is 37% larger than its predecessor. The Hermitage Road warehouse remains in use until the Hanover distribution center becomes fully operational. The status of the Hermitage Road site, adjacent to The Diamond, is pivotal as Virginia Commonwealth University and the Double-A Richmond Flying Squirrels formulate plans for a shared stadium that would be the centerpiece of the VCU Athletics Village along the Hermitage Road corridor.

The ABC headquarters site on Hermitage Road is a major piece of the proposed village. The sooner that area is cleared, the sooner a plan for a new ballpark can proceed.

The General Assembly this year allocated $14.7 million to VCU to buy the ABC headquarters property for the village, which would include a baseball stadium shared by the Richmond Flying Squirrels and VCU.

In addition, the university has bought the 6-acre Greyhound Lines property at 2701 Hermitage Road for $11.8 million. It also paid $4.5 million for the 4-acre Salvation Army property next door in December.

According to Mark Dunham, the ABC’s chief retail operations officer, there is no timetable for the ABC totally vacating the Hermitage Road site.

“Right now, we’re working on bringing inventory to the [new] building. We’ve got a couple of things that have to be completed, and once we have that completion, we can set a date,” Dunham said Monday. “Until that happens, I can’t set a date, and I really don’t like to speculate on that.”

When the Flying Squirrels opened this season in May, the team president, Lou DiBella, said of the lingering ballpark situation, “We need to be playing in a new stadium no later than 2025. Period.”

Major League Baseball took over operational control of the minor leagues during the offseason and prioritized stadium standards in the minors. Franchises failing to comply could lose their affiliations with MLB teams.

The Richmond Times-Dispatch over multiple weeks has been unable to contact MLB’s senior vice president for minor league operations and development, Peter Woodfork, about MLB’s position regarding The Diamond, its condition, and a deadline by which the stadium, which opened in 1985, would be unacceptable for minor league competition.

MLB sent this statement to The Times-Dispatch, from Woodfork: “We believe that Richmond is a great baseball market and are thrilled to have the Flying Squirrels back in action this year.”

DiBella said via phone Monday that he is encouraged by the opening of the ABC’s Hanover location, calling it an “indication that the necessary pieces are moving around. I’m going to be honest, though. I think that I’m facing a deadline. ... We’re heading toward a time when our present facility will clearly be ruled as inadequate. It already has been judged inadequate, but it’s going to be ... we’re not going to have the option of continuing [indefinitely at The Diamond].

“We’re getting close to the time that we need to see more direct and meaningful announcements and action. I’m optimistic that they’re coming.”

It could take up to a year to clear and fully prepare the Hermitage Road site for ballpark construction, which would probably require a minimum of another 18 months.

In the spring of 2016, the city announced that VCU and the Flying Squirrels were exploring the identification of a site for a new ballpark near The Diamond. In September of that year, the school and the team entered into a nonbinding memorandum of understanding that established their intention to construct and share a ballpark “in close proximity to the current location of The Diamond.”

The memorandum of understanding said VCU would lead development of the new stadium. In a statement issued at the time, VCU President Michael Rao called the initiative “an exciting next step toward improving quality of life and driving economic development for the entire region while at the same time advancing VCU’s athletic programs.”

Five years later, plans and a financing program continue to take shape. Discussions and various city-led strategies to replace The Diamond started a decade or longer before VCU became involved in 2016. None matured, primarily because of financing and location questions.

Lou DiBella, the president of the Richmond Flying Squirrels: “We’re getting close to the time that we need to see more direct and meaningful announcements and action. I’m optimistic that they’re coming.”

The new warehouse is 37% larger than the Hermitage Road warehouse in Richmond, which remains in use for the time being. 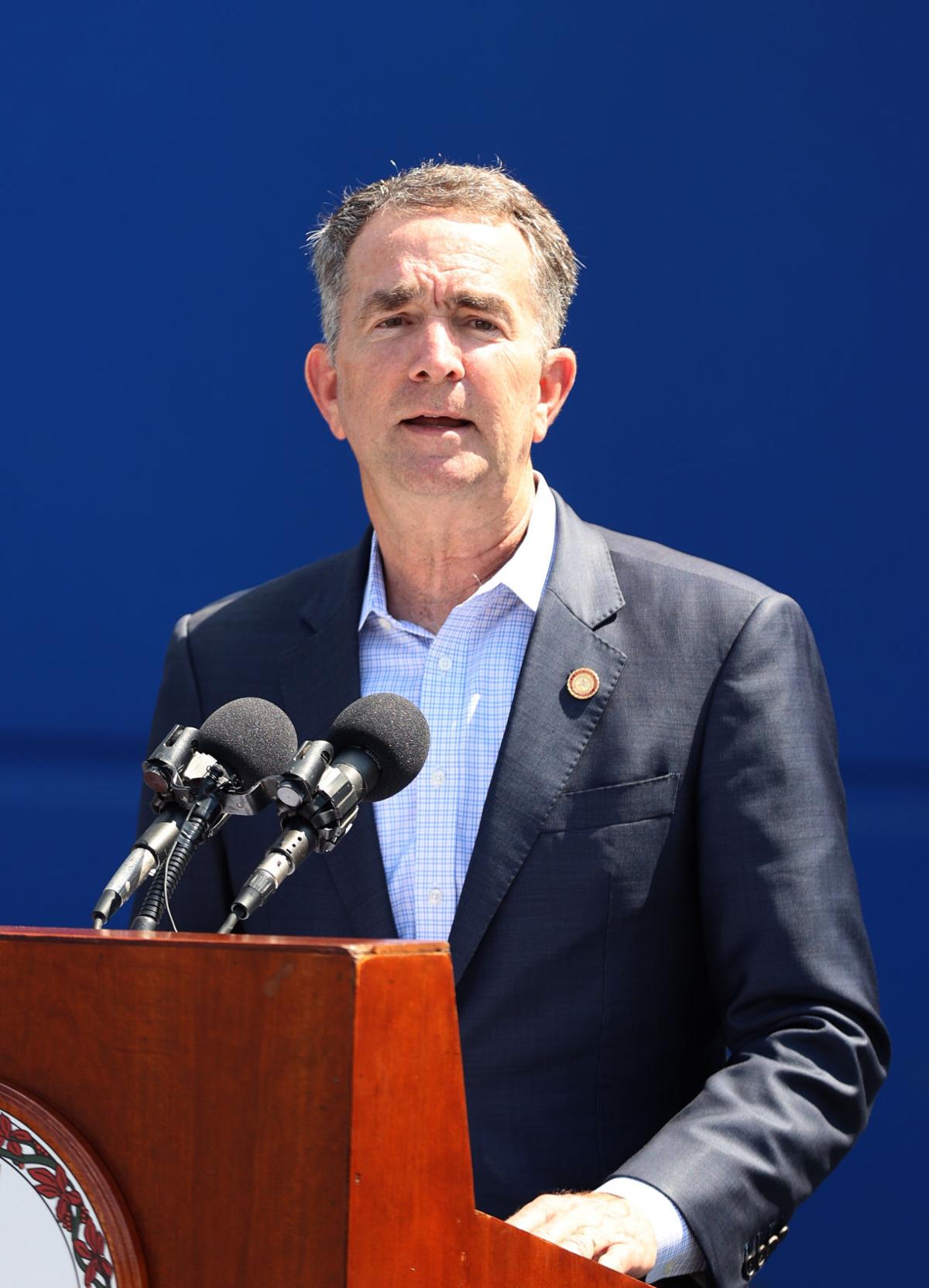 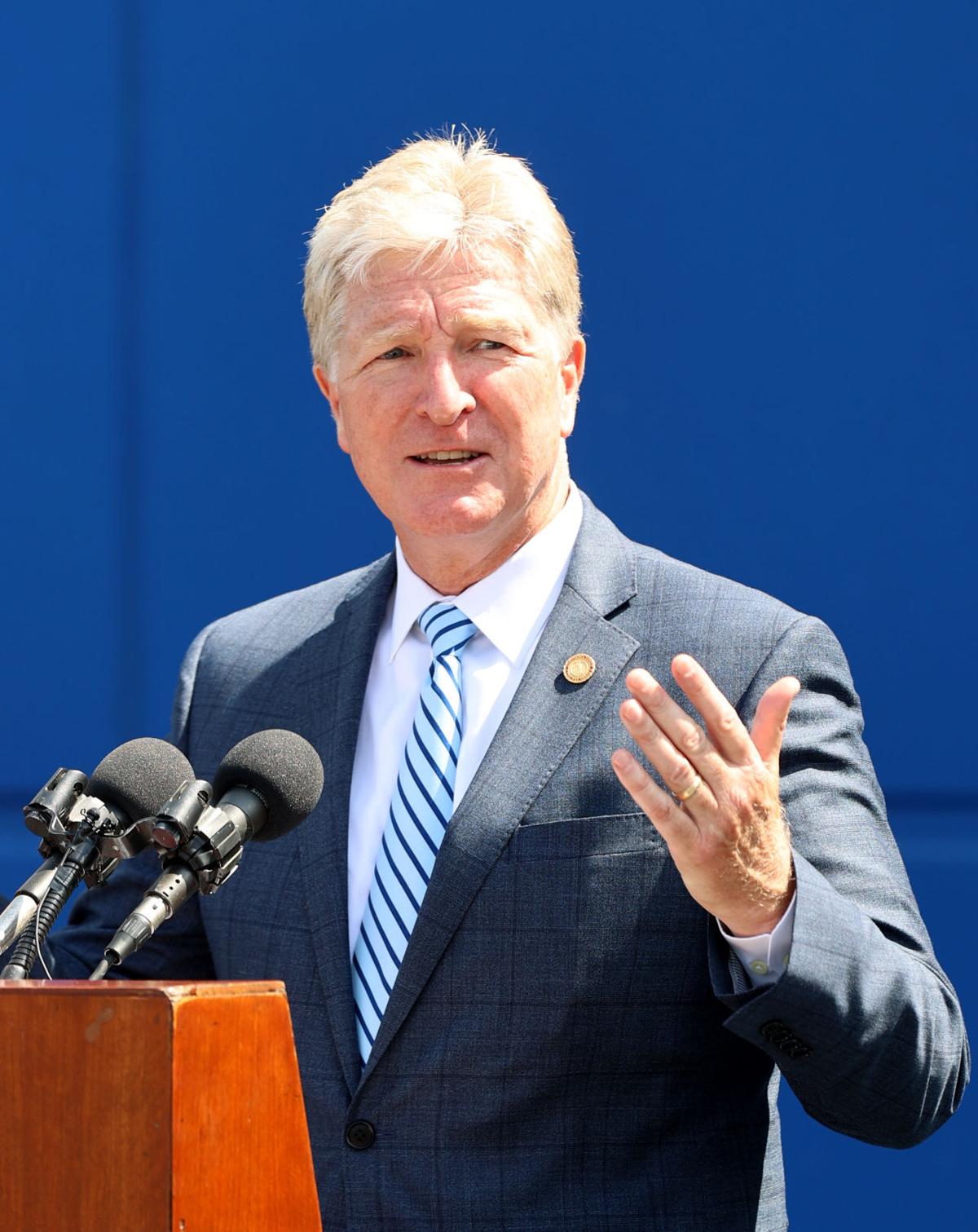 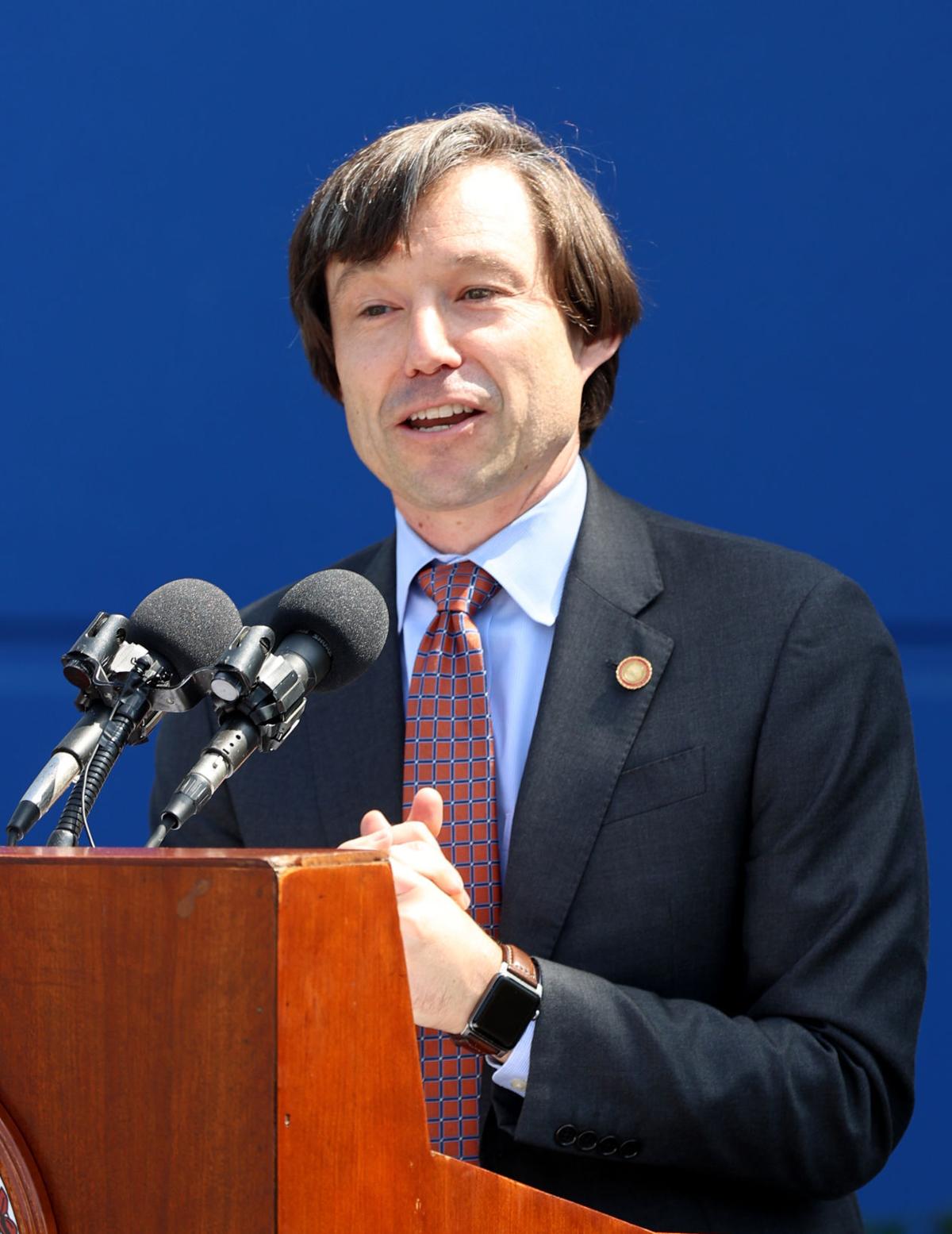