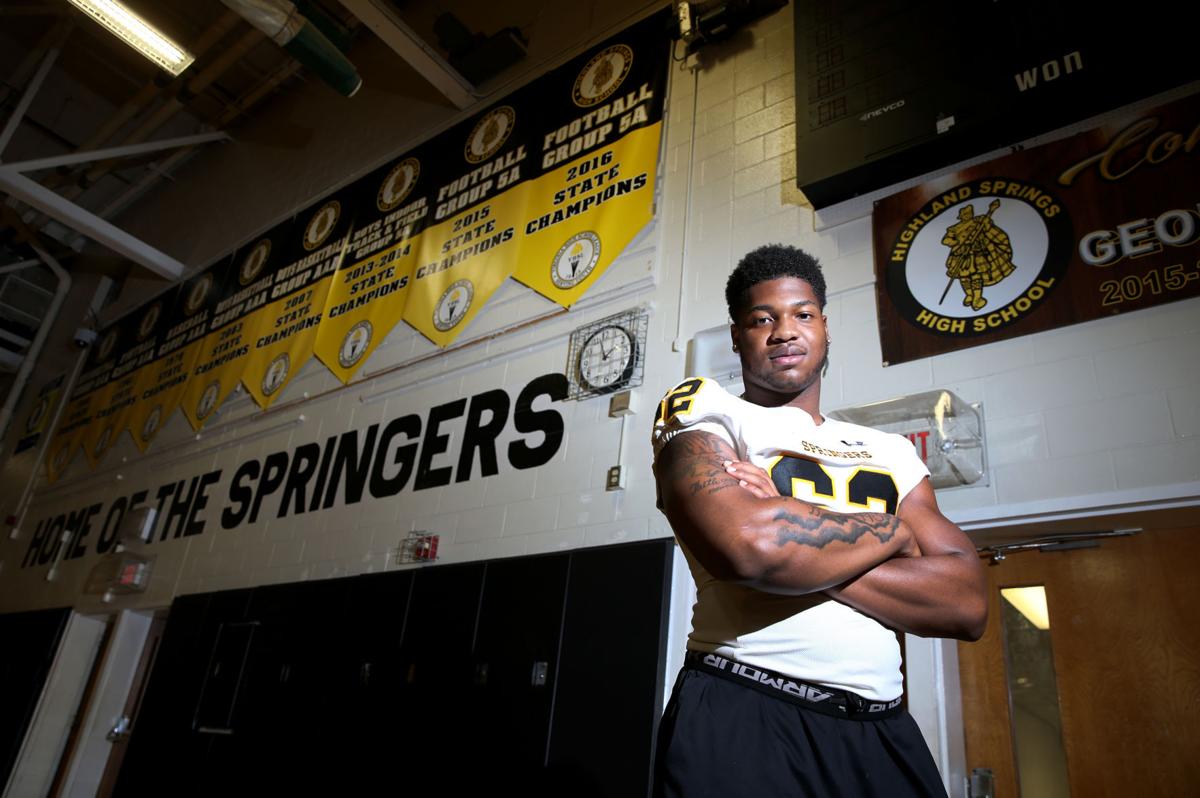 All-Metro football player of the year Kelvin Gilliam is the sixth Highland Springs player to claim the honor. 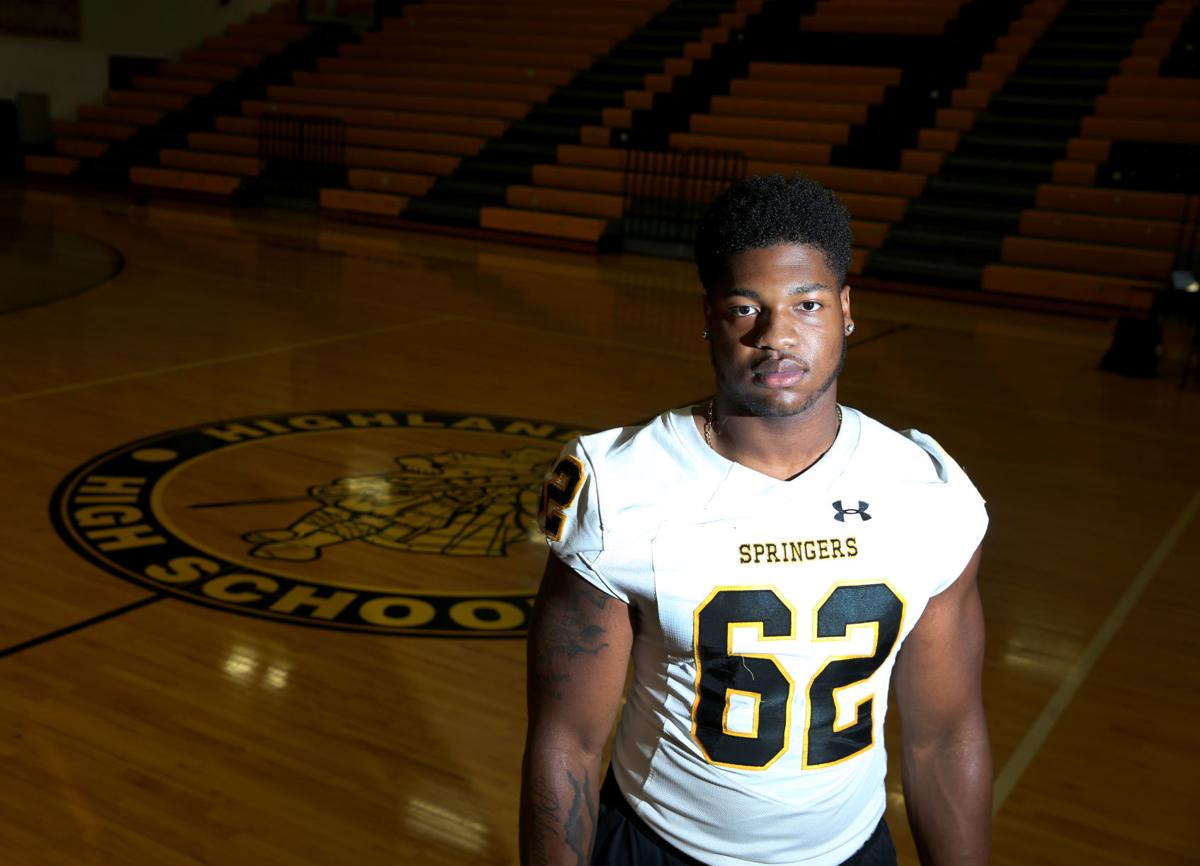 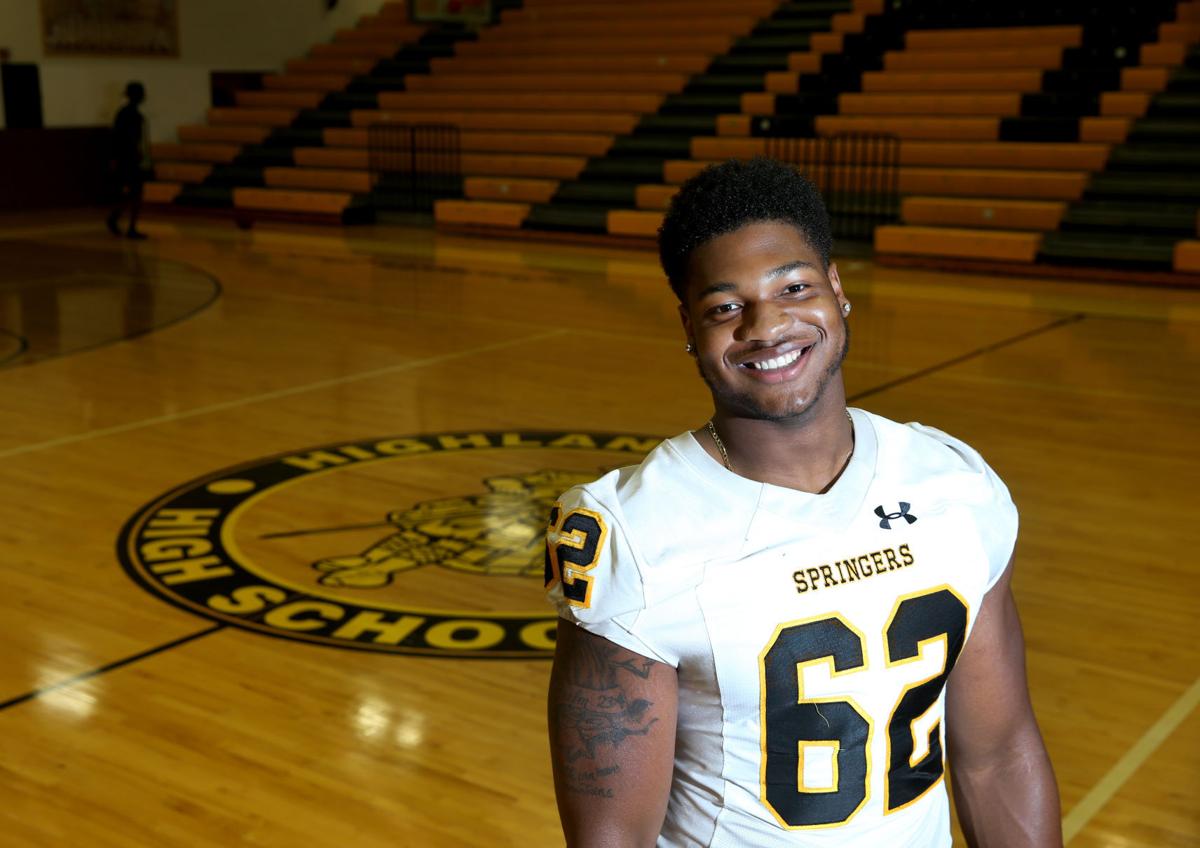 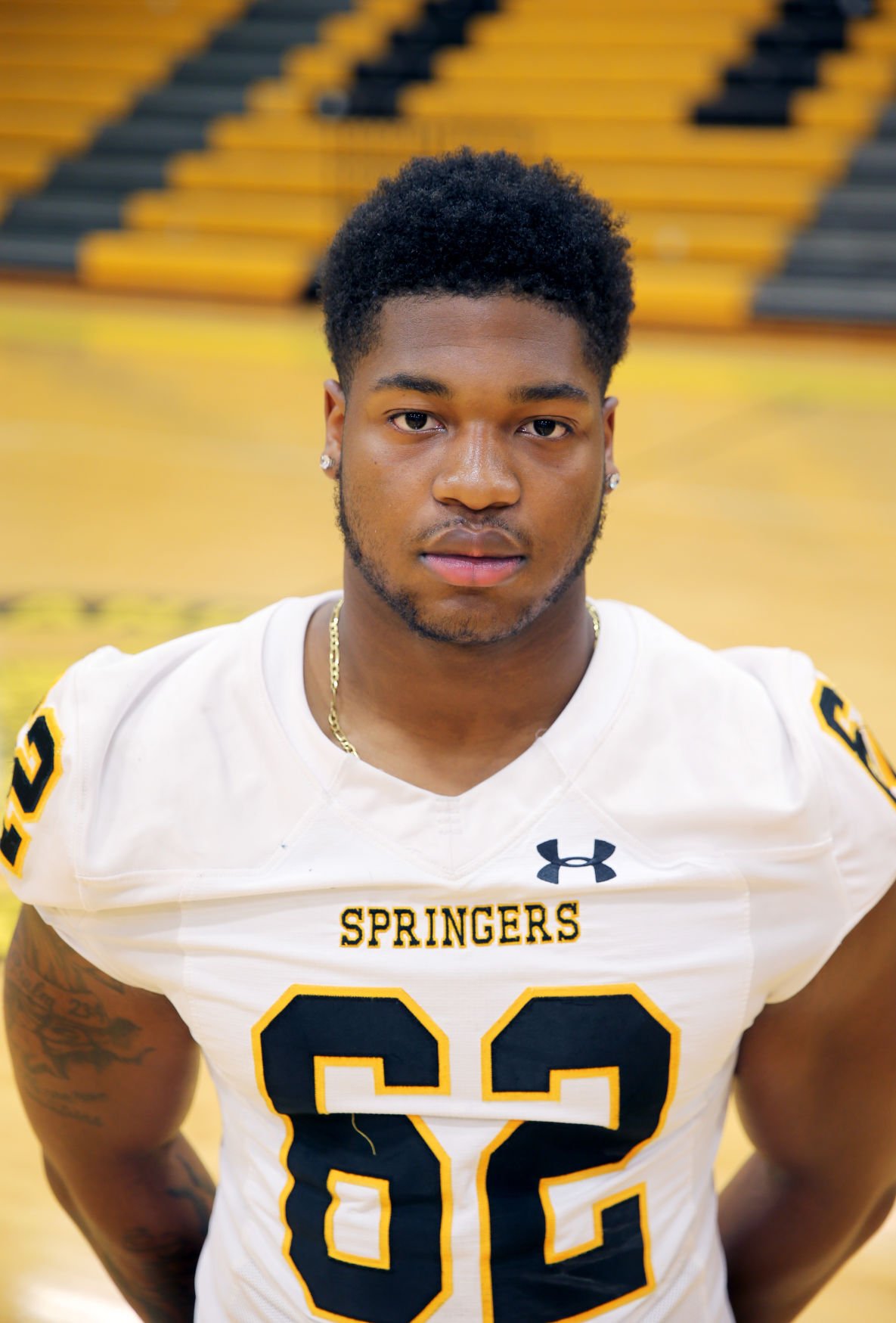 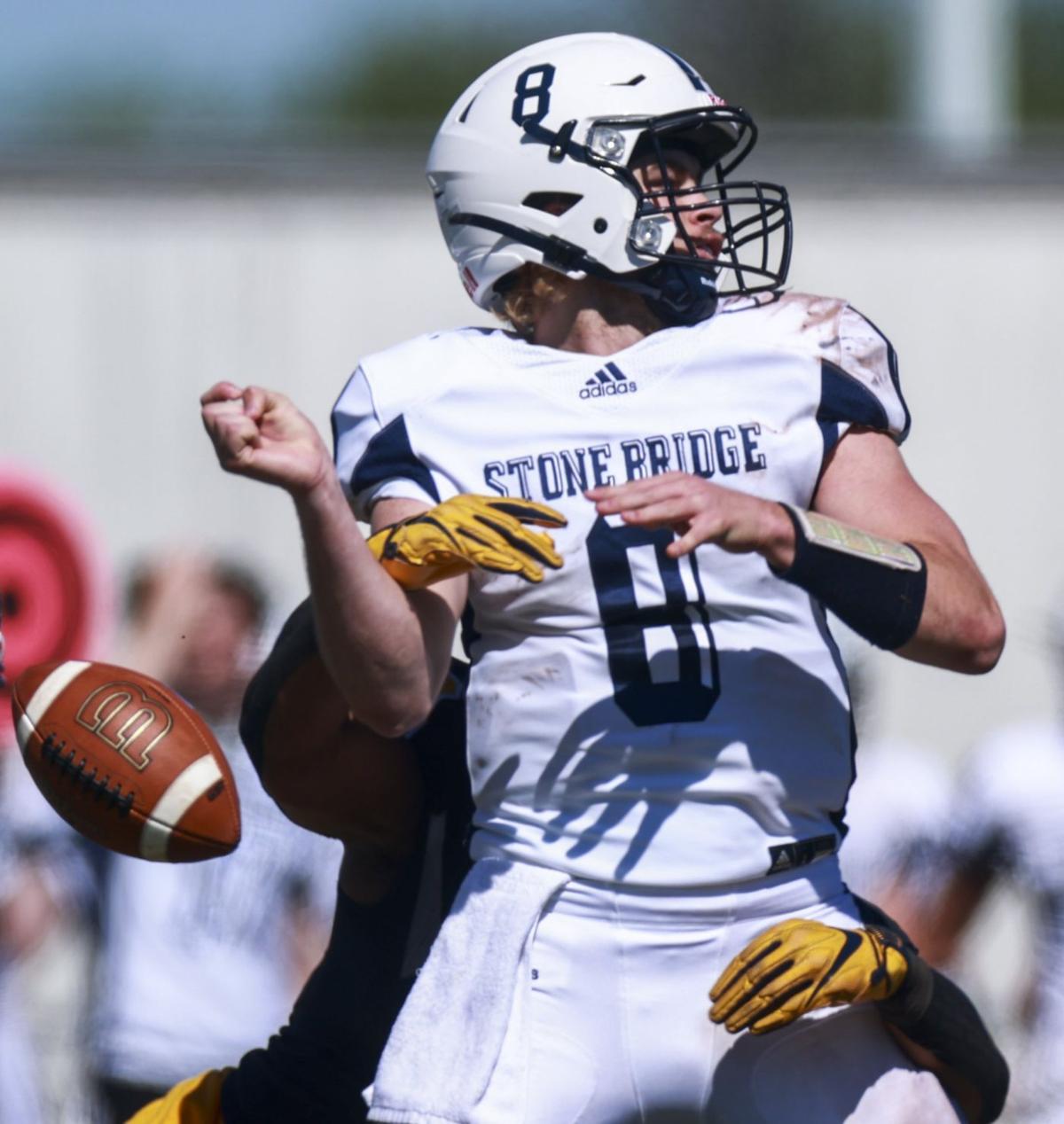 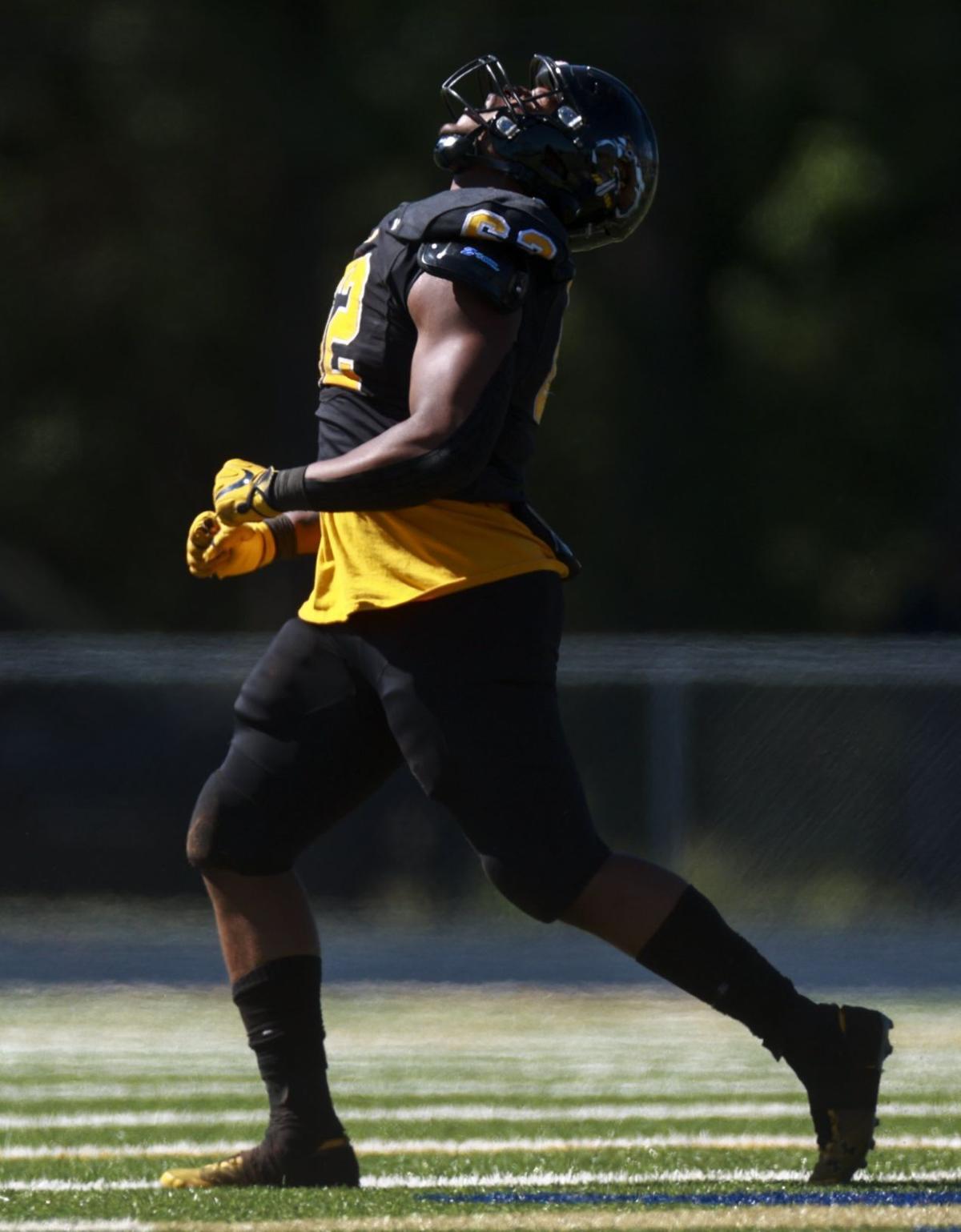 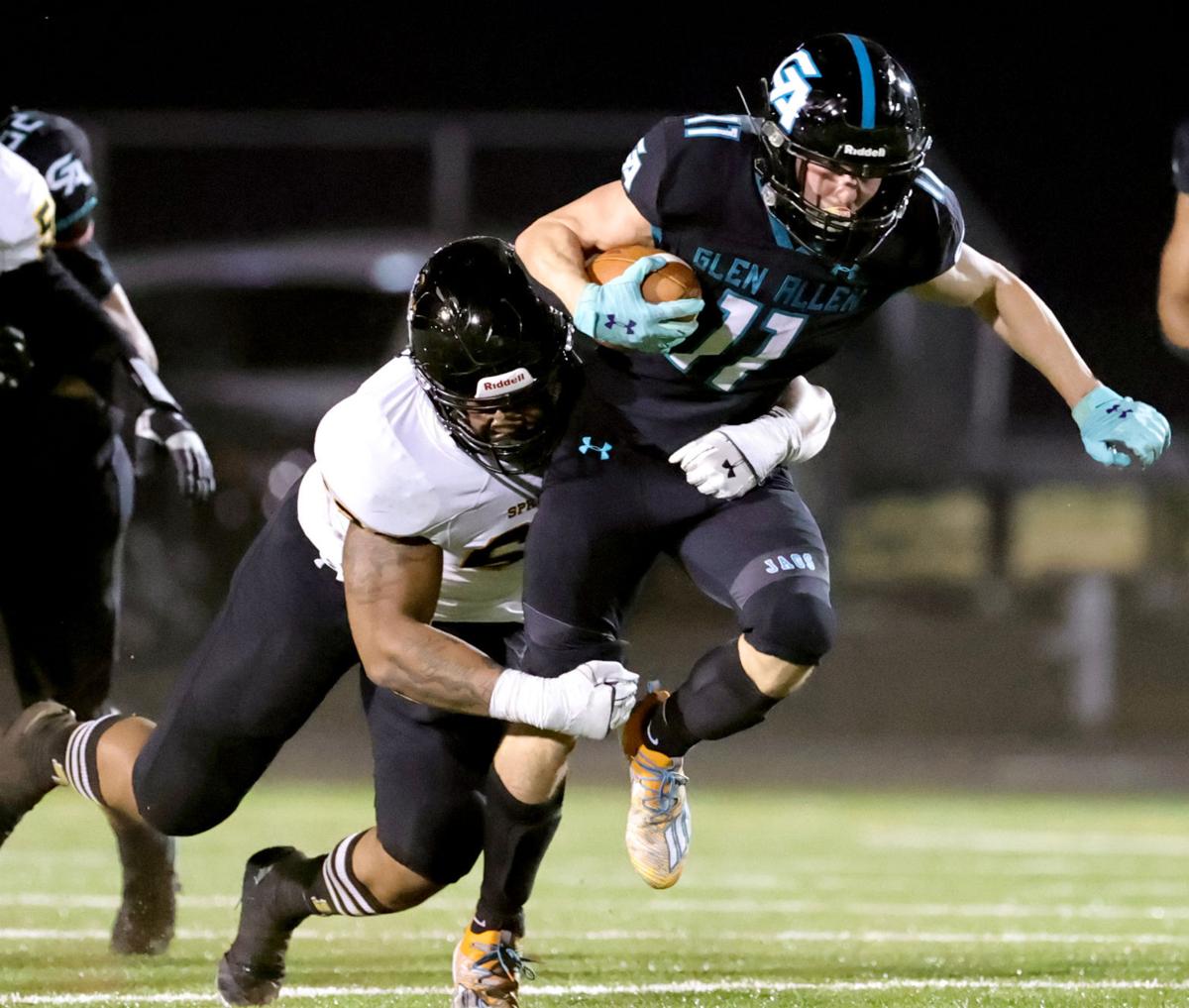 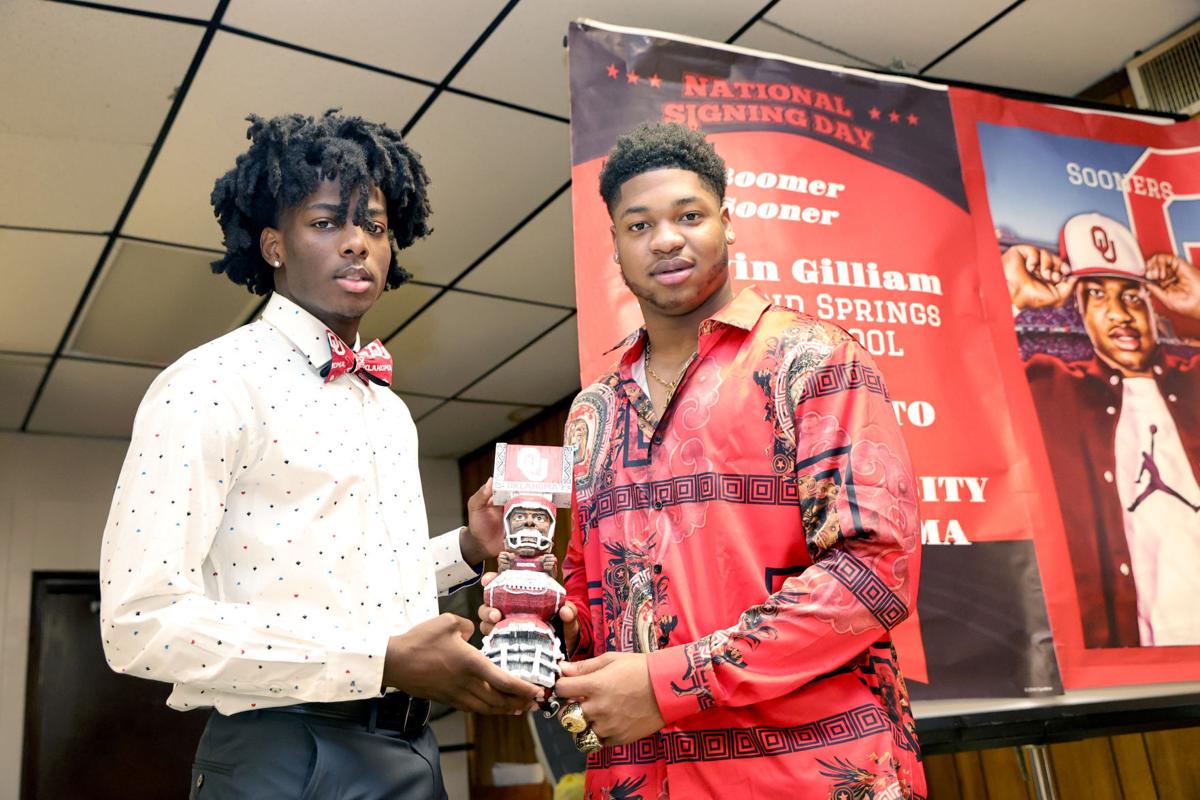 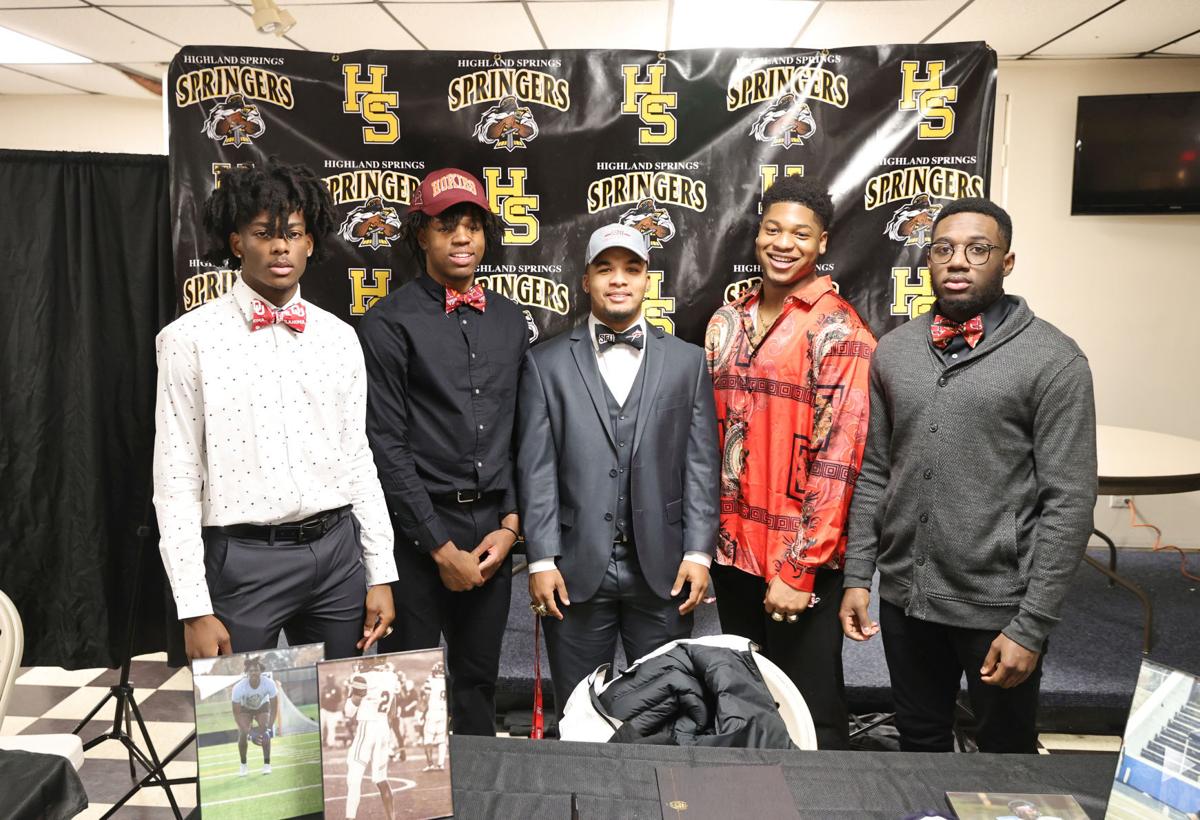 Those in and around the Highland Springs football program are likely to tell you that “it’s different at the Springs.”

The mantra alludes to a tenacious and cerebral mentality for the Springers, winners of four of the past six Class 5 state championships. Defensive end Kelvin Gilliam, the 2020 All-Metro player of the year for football, plans to bring that edge along with him to the Oklahoma Sooners and Big 12 Conference this fall.

“Highland Springs puts something in you, a motivation that you take along to different colleges and everywhere else,” said Gilliam, the first lineman to win the award since Varina’s Kevin Lewis in 1998.

“So you go somewhere and you still have that same standard that you learned at Highland Springs.”

Also the Gatorade player of the year for Virginia, Gilliam had 48 tackles, 27 of them unassisted and 16 for losses, 11 sacks, two forced fumbles and two safeties in nine games this spring for the state runner-up Springers, who allowed 44 points for the season with five shutouts.

The Big 12 has in years past been known for explosive, innovative offenses, with the other side of the ball taking a back seat. But that trend has shifted in recent years, particularly in Norman, Okla., where the Sooners’ defense has experienced a resurgence since Alex Grinch was hired as the defensive coordinator in January 2019.

Largely on the strength of depth and versatility in the front seven, OU ranked 29th nationally in scoring defense (21.7 points per game) in 2020, sixth in sacks (39) and ninth in rushing defense (105.1 yards per game).

Gilliam wants to contribute to that raised bar on defense and compete for championships.

“Oklahoma had everything I ever wanted in a school — the facilities, the chance to play early, the relationship I have with the coaches,” Gilliam said.

“They’ve seen a potential in me I don’t know if I could see in myself yet.”

Gilliam grew up in Henrico County’s East End and started playing football when he was 8 years old for the Highland Springs Saints and Glen Lea Lions in the Metropolitan Youth Football League. Current Springers running backs and strength coach Robbie Jackson helped Gilliam find his way early on, when he was playing with future teammates such as Jordan and Payton Jackson, Jamareeh Jones and Damond Harmon.

Gilliam chuckles immediately when asked about his relationship with the outspoken Harmon, his close friend and fellow Oklahoma signee.

“He was always one of my best friends. We grew up together the whole way,” Gilliam said, shaking his head at the passage of time.

Gilliam’s older brother Tequan played at Highland Springs in the late-2000s. Dating to his youth football days, the younger Gilliam always envisioned himself following in his brothers footsteps. He remembers watching one of Tequan’s games in a poncho in the rain, eager to take the field himself.

Gilliam called Johnson a father figure to his players and described the entire Springers staff as a bunch of dads and uncles.

“Anything I ask of these gentlemen, they give it to me like that,” he said. “I love these guys, and I know they love me back tenfold.”

Gilliam said that, from the outside looking in, people can sometimes overlook the nuances of a high-level high school football program like Highland Springs. Observers might see a talent pipeline to play in college, where in actuality, there’s a hardworking and supportive community full of relationships.

“Everything here, you earn it, from the weight room to playing time on the field,” he said, looking up at headlines taped to the walls heralding state titles.

Meet The All-Metro player of the year

The skinny: The Gatorade state player of the year is also the All-Metro player of the year for the second year running after Hopewell’s TreVeyon Henderson did the same double in 2019. Gilliam, who’s already in Norman, Okla., with the Sooners, was simply dominant for a Highland Springs defense that posted five shutouts, including a doughnut in the state semifinal against defending Class 5 champion Maury. The Springers allowed 44 points in nine games (4.9 average). Fighting through constant double teams and chip blocks, “King Kelvin” compiled 48 total tackles (27 solo), 10½ sacks, two forced fumbles and a pair of safeties.

LZ Granderson: The NFL should stop running from its racial history

Expect plenty of Super Bowl talk when the Los Angeles Rams face off against the Tampa Bay Buccaneers in L.A. on Sunday.

All-Metro football player of the year Kelvin Gilliam is the sixth Highland Springs player to claim the honor.