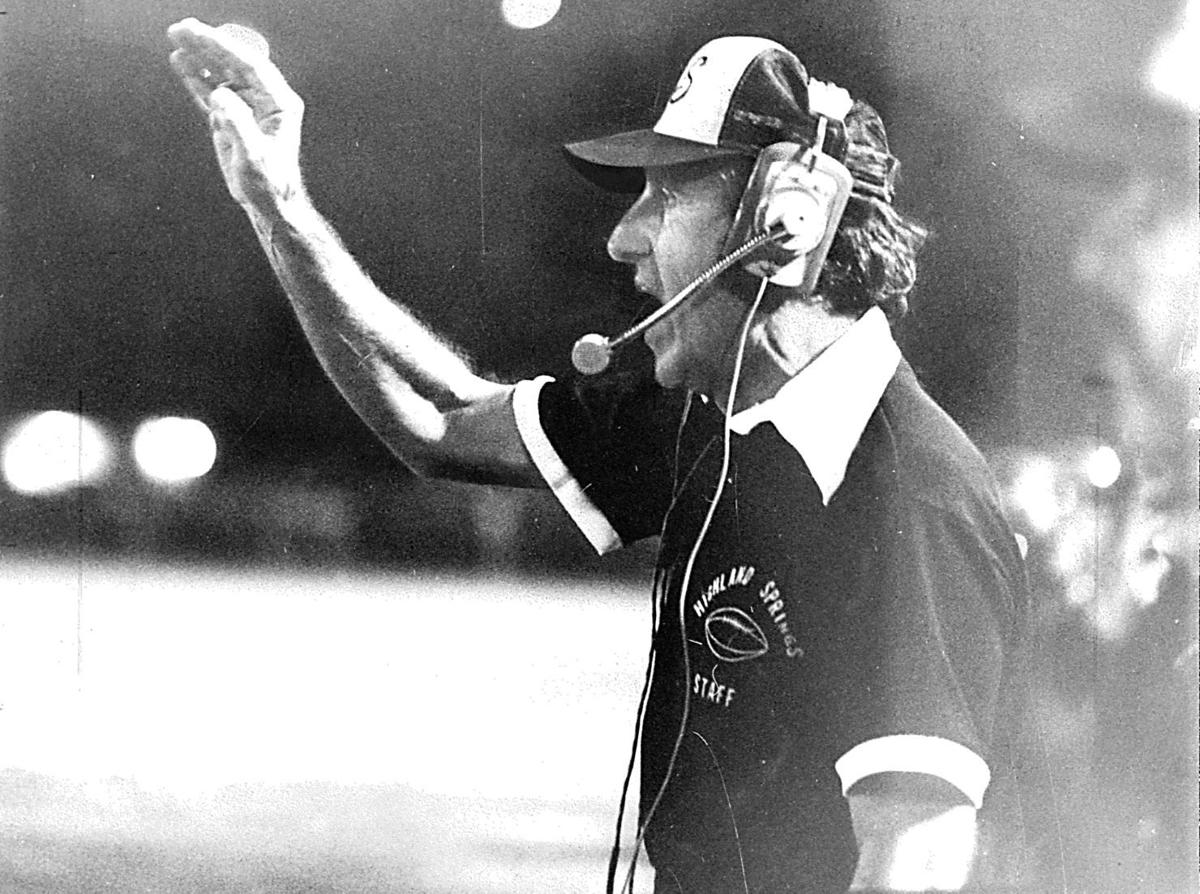 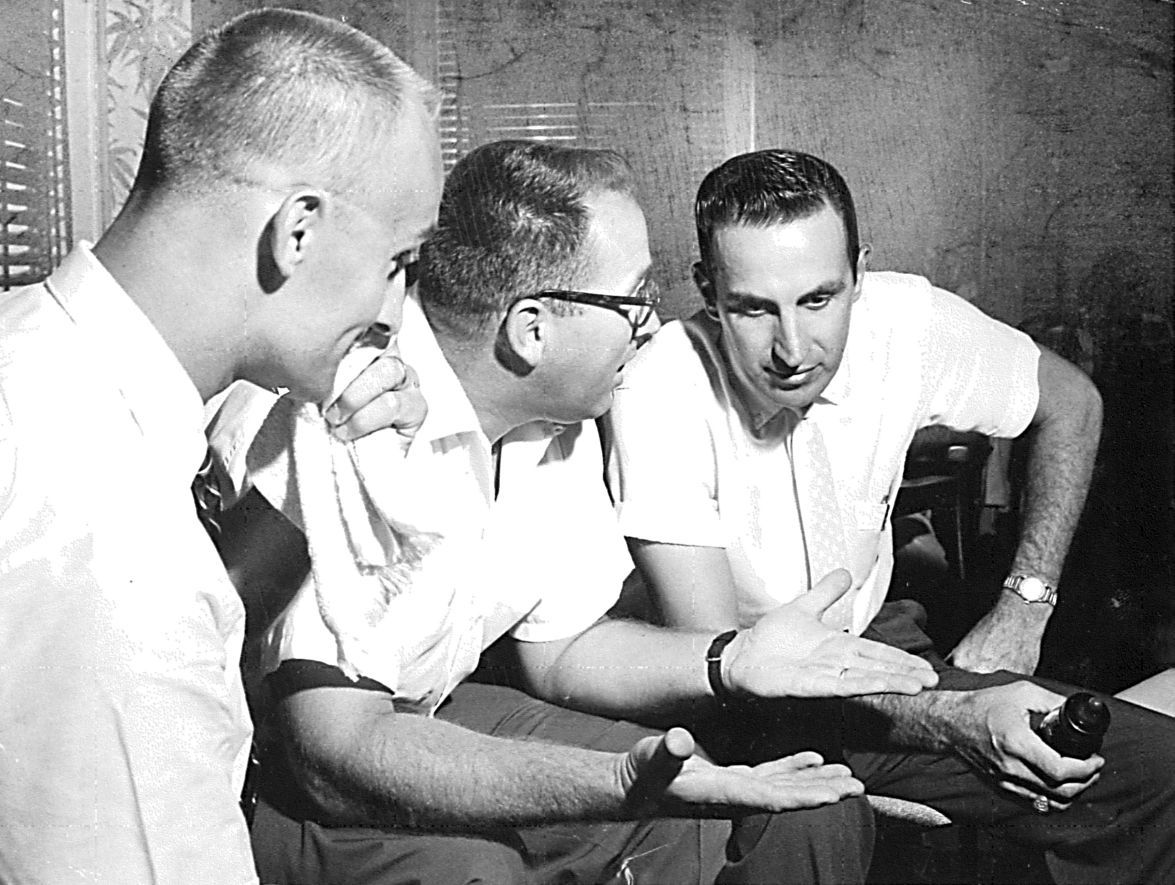 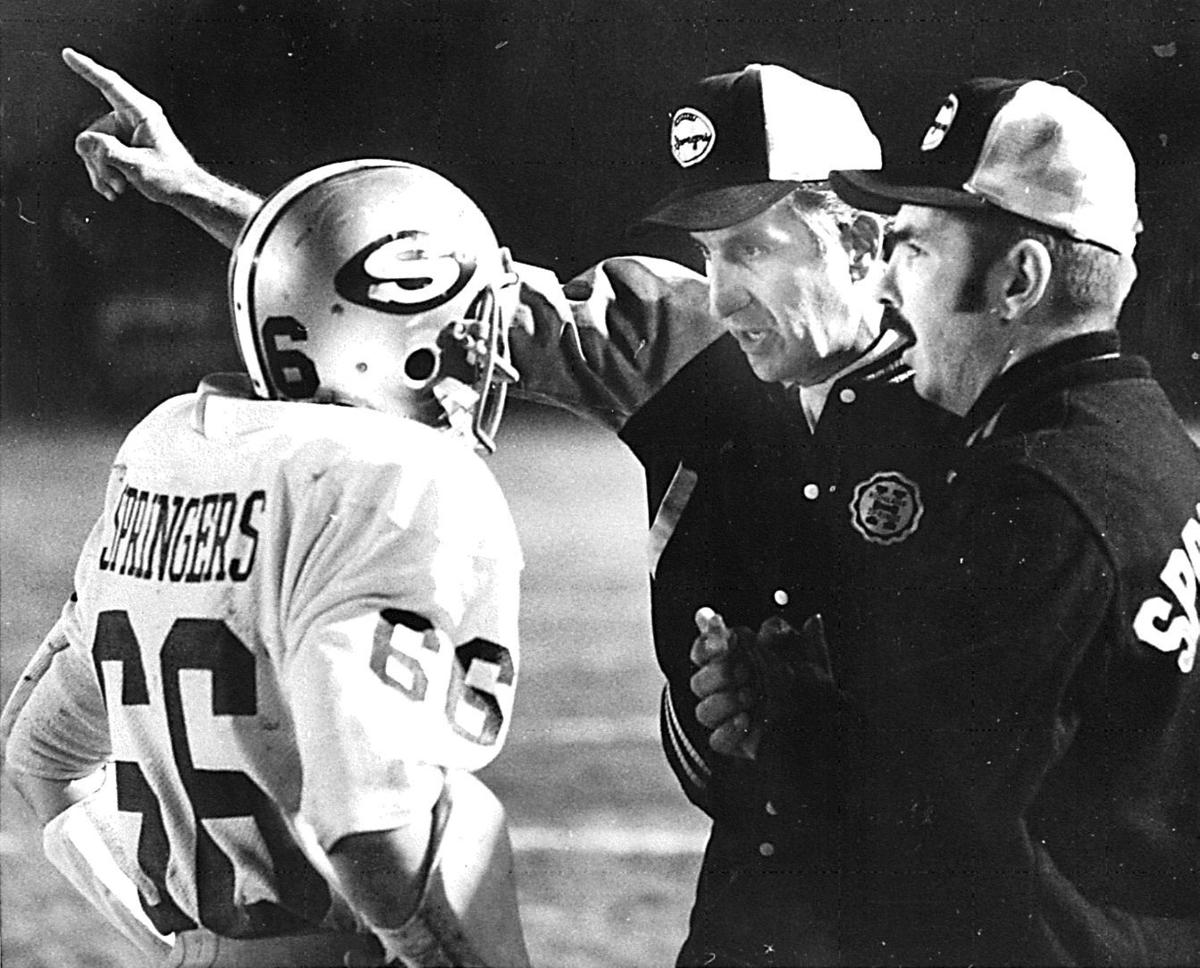 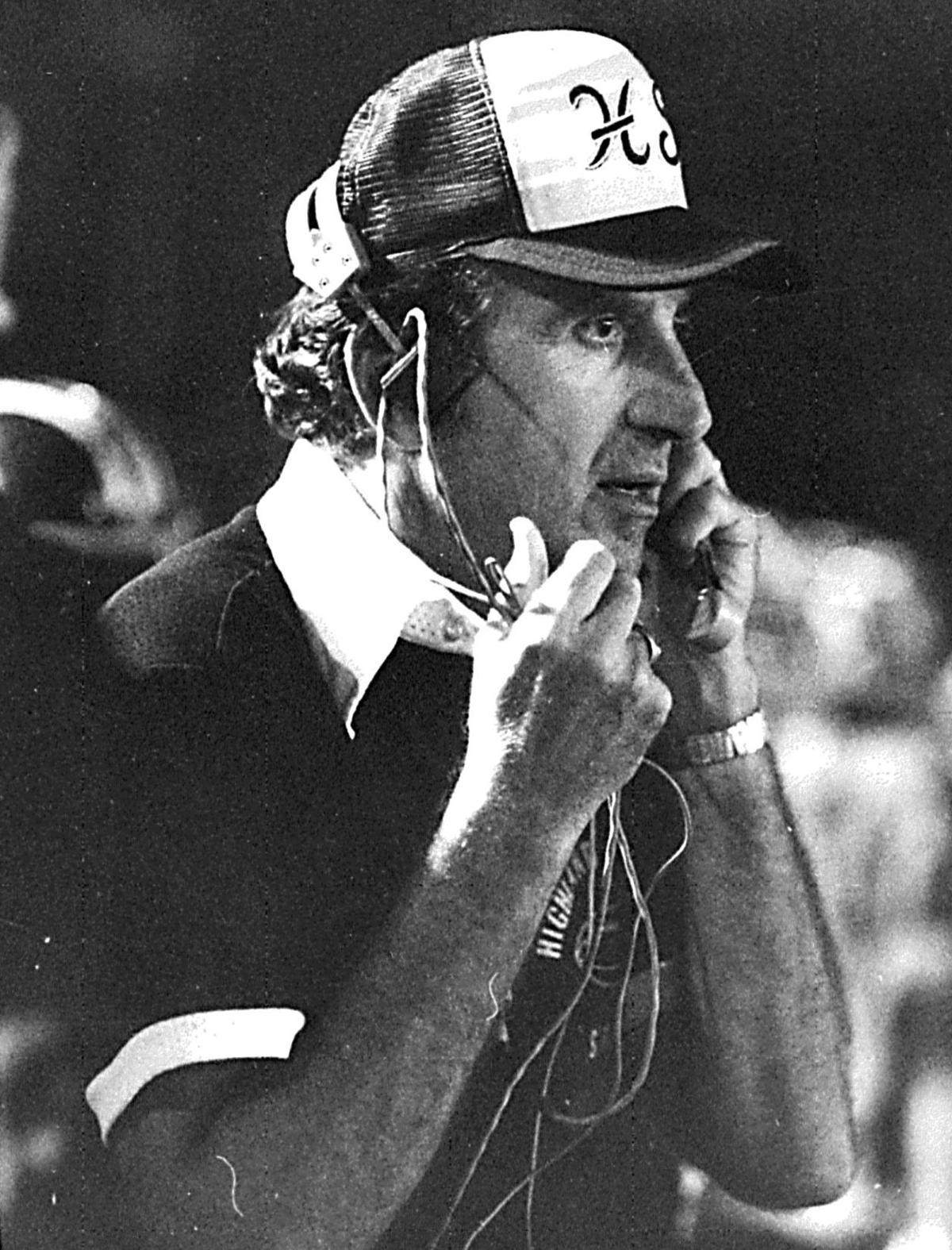 Highland Springs Coach Al Rinaldi listens on his headset during a Sept. 30, 1977 game. 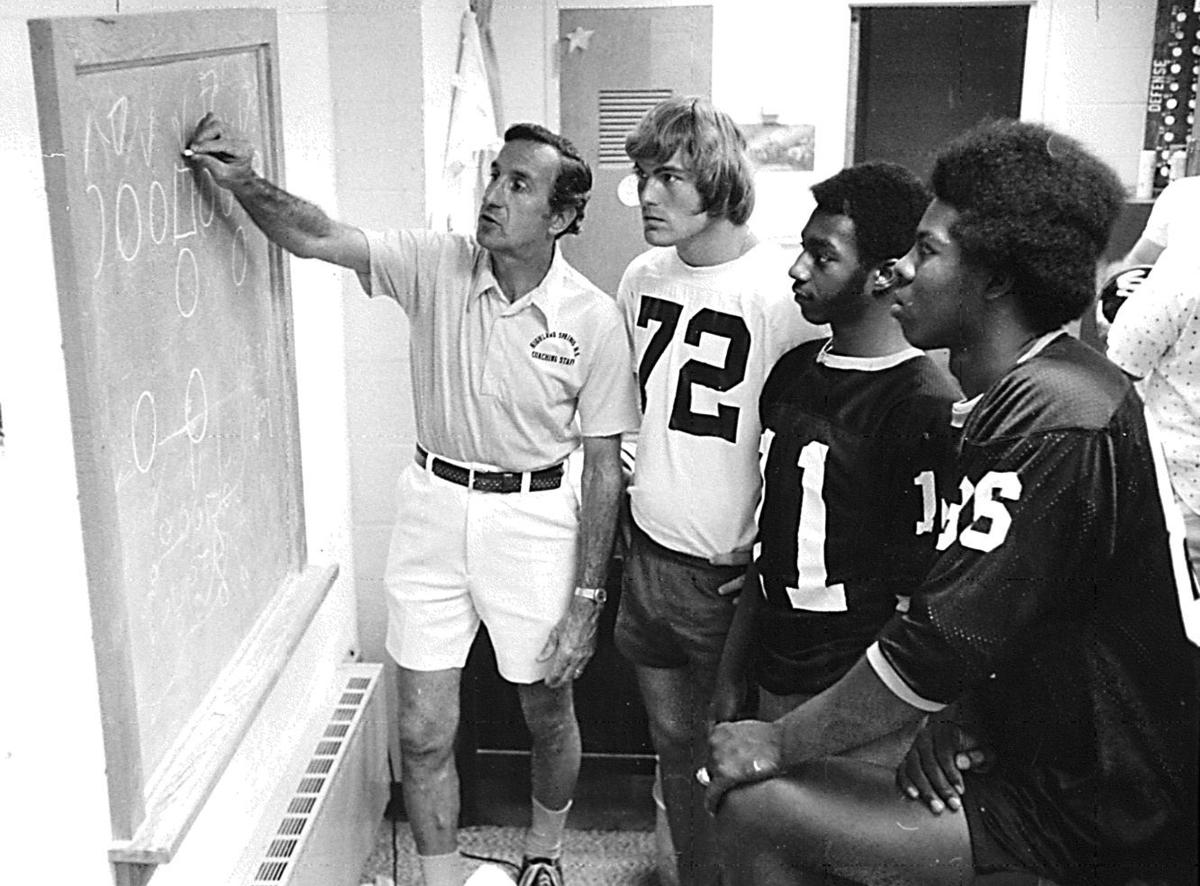 Al Rinaldi was coach of the 1974 East team in an All-State football game. He was instructing Highland Spring's Ron Fowler, Lafayette's Alvin Cauython (110 and Larry Smiley. 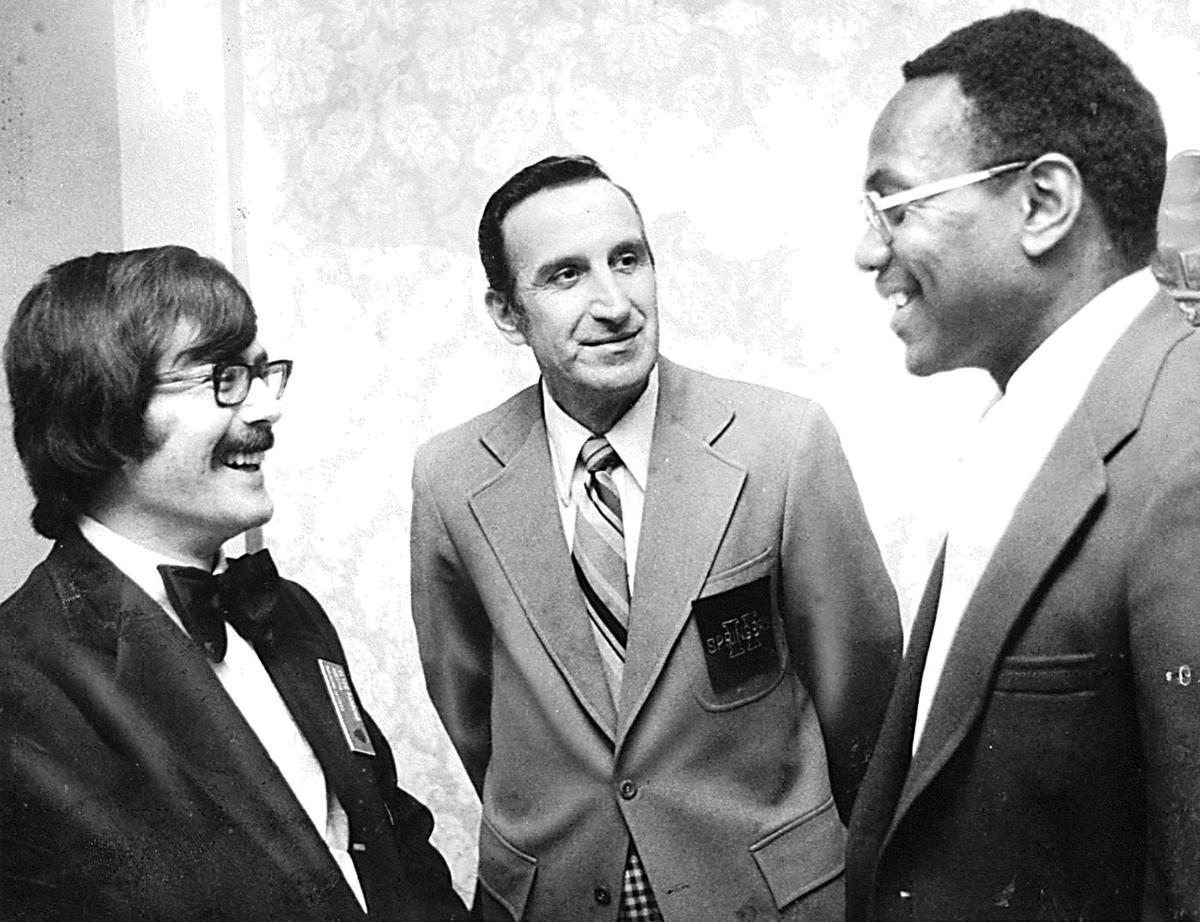 Mr. Rinaldi died in 2016 at age 90, and coached at Highland Springs in the 1960s and 70s. He started the Highland Springs booster club in the early 70s, which helped bring Black and white parents together to prepare pregame meals, organize fundraisers and purchase new equipment and uniforms. Mr. Rinaldi was also known to have his coaching staff, which was predominantly white, go to Central Gardens to pick up players for practice.

“Al came in at a time when the school was changing. He was such an innovator, [and] he made the changes easy,” Highland Springs’ former athletics director Rudy Ward told The Times-Dispatch in 2016.

Mr. Rinaldi’s wife, Nancy, and son, Bruce, will attend the wreath ceremony, in addition to other family members. Ronald White, the first Black player at Highland Springs, will be in attendance, as will a number of other Springers greats.

A veteran of the Battle of the Bulge in World War II, Mr. Rinaldi was inducted into the Virginia High School League Hall of Fame in 1992.

He was also a member of the first class of inductees on the Highland Springs Wall of Fame in 1995. His career record was 196-76-14.

Highland Springs Coach Al Rinaldi listens on his headset during a Sept. 30, 1977 game.

Al Rinaldi was coach of the 1974 East team in an All-State football game. He was instructing Highland Spring's Ron Fowler, Lafayette's Alvin Cauython (110 and Larry Smiley.