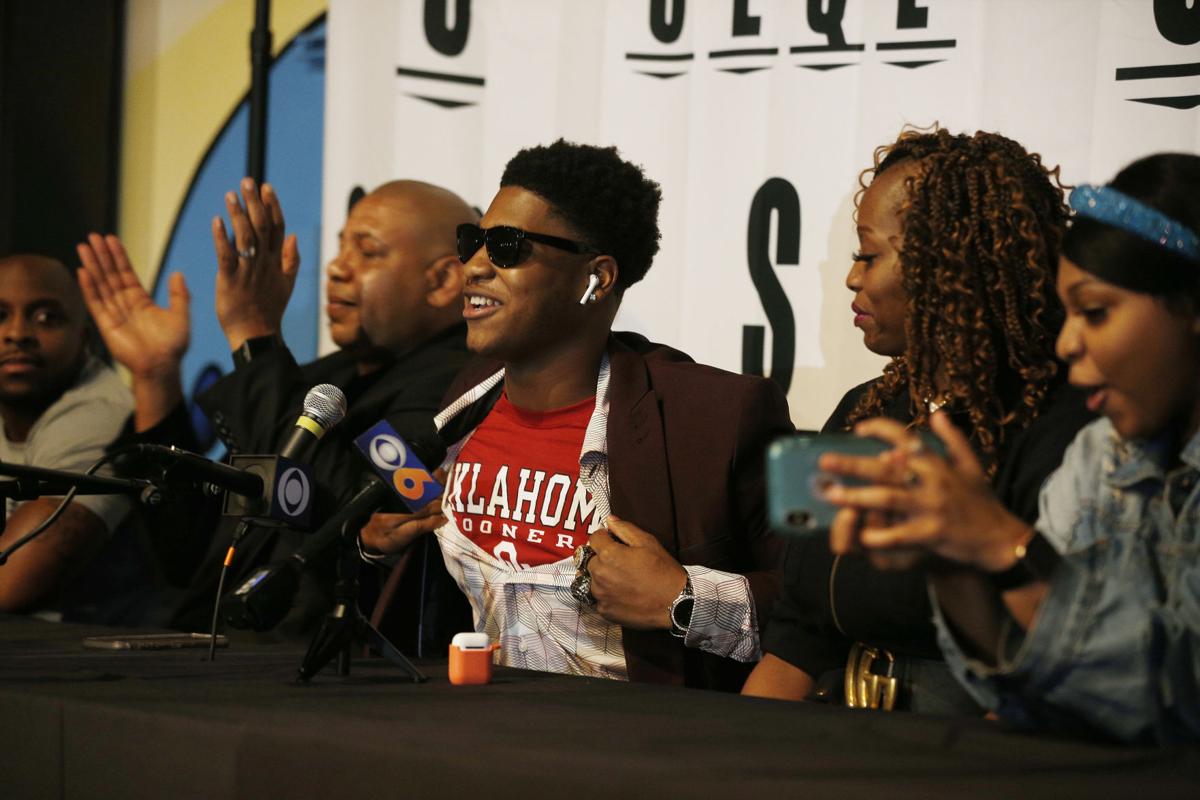 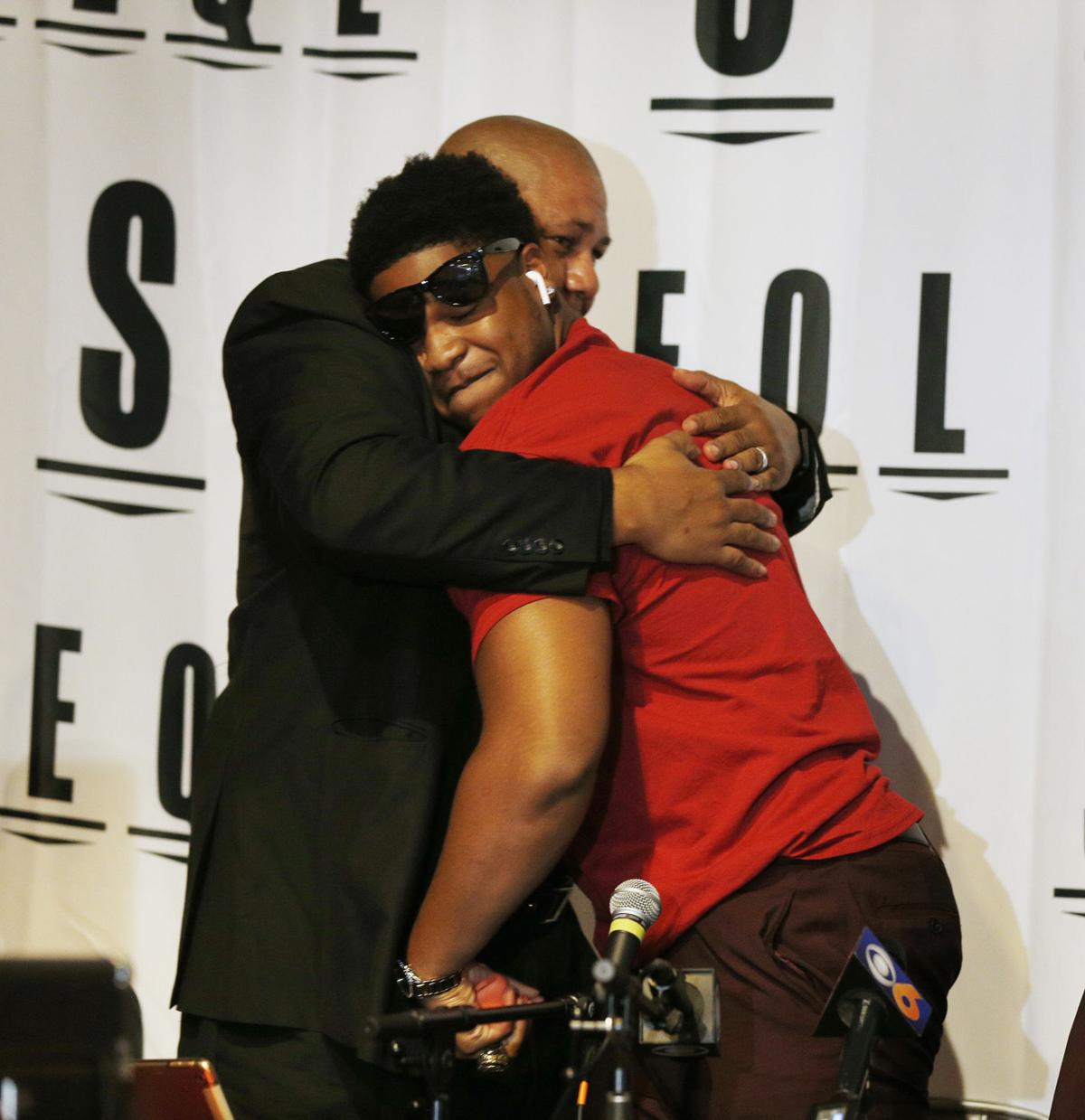 Springers defensive lineman Kelvin Gilliam is hugged by his father, Kelvin Sr., after Saturday’s announcement that will play for Oklahoma.

Highland Springs defensive lineman Kelvin Gilliam announced his commitment to play football at Oklahoma on Saturday, becoming the second Springer this month to take his talents to Norman, Okla.

Gilliam said he’s been recruited by Oklahoma for the past two years. Before Harmon, the last local player to commit to OU was Atlee’s Ricky DeBerry.

“They’ve always been there, they’ve always given me that family vibe,” Gilliam said of the Sooners’ coaching staff.

The 6-foot-3, 250-pound Gilliam was a first-team all-region selection last season after racking up 37 tackles, a team-high 17 tackles for losses and a team-high seven sacks. In 2019, Oklahoma ranked 64th nationally in scoring defense. The Sooners were 38th in yards.

The four-star defensive lineman is a member of the Class of 2021. He had about 40 offers, but narrowed his decision to Oklahoma, Penn State and South Carolina.

Gilliam made the announcement amid throng of friends and family at River City Roll in Scott’s Addition. Saturday was his mother’s birthday, and Sunday is his father’s. Gilliam’s dad, Kelvin Sr., said the weekend was “very, very special” for his family.

Kelvin Sr. added his appreciation for the Highland Springs program in guiding and molding his son since he was a freshman. He also thanked the 50-plus supporters for making the trip to show their appreciation for his son.

“It means a lot, that means we have a lot of support behind the Gilliam family,” he said.

“I just wish I could give everybody something to say thank you. Maybe Christmas time, I don’t know. I appreciate everybody for coming and giving their support.”

KANSAS CITY, Mo. — Ten fans who attended the Kansas City Chiefs game last week have been told to quarantine after one fan tested positive for …

SANTA CLARA, Calif. — San Francisco coach Kyle Shanahan remains hopeful the 49ers will be able to play their season opener against Arizona as …

He'll be the first local football player to sign with Boston College since Damien Woody of Patrick Henry in 1995.

The NFL kicks off this weekend. Who will win each division? Predictions and notes for each team and division.

SANTA CLARA, Calif. — San Francisco coach Kyle Shanahan remains hopeful the 49ers will be able to play their season opener against Arizona as …

Springers defensive lineman Kelvin Gilliam is hugged by his father, Kelvin Sr., after Saturday’s announcement that will play for Oklahoma. 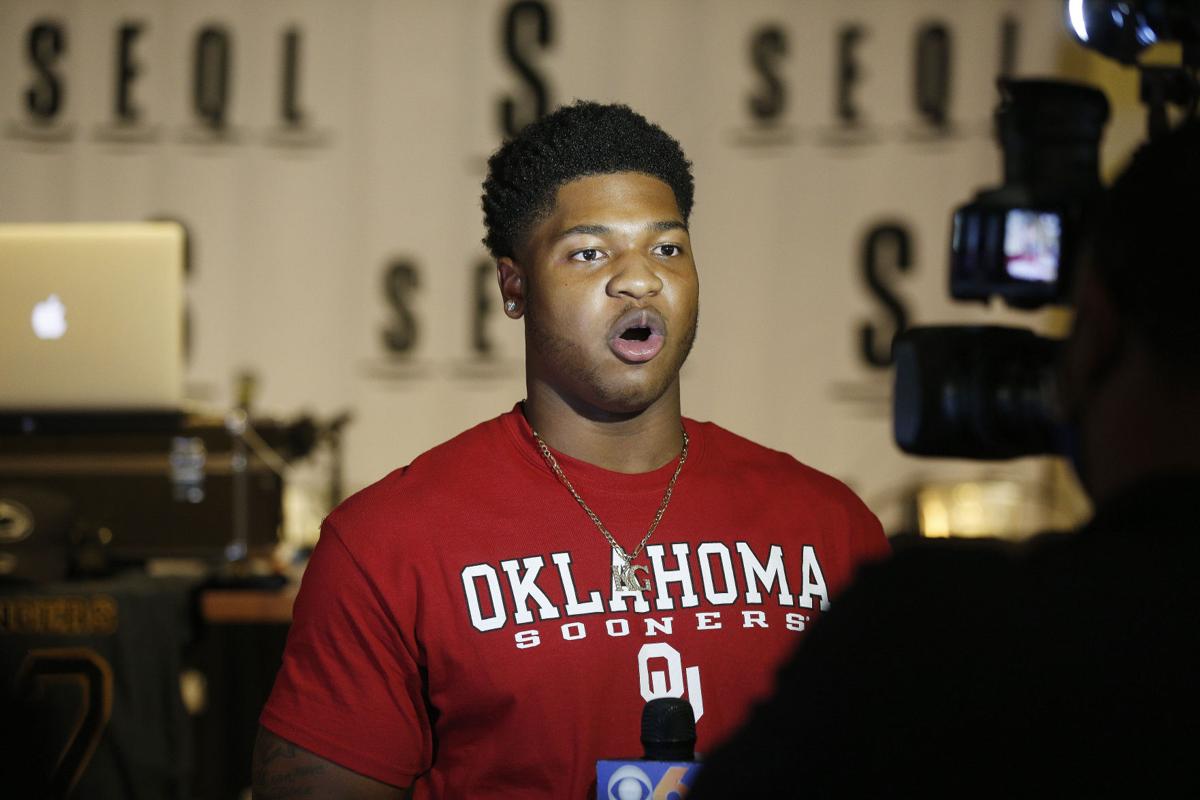