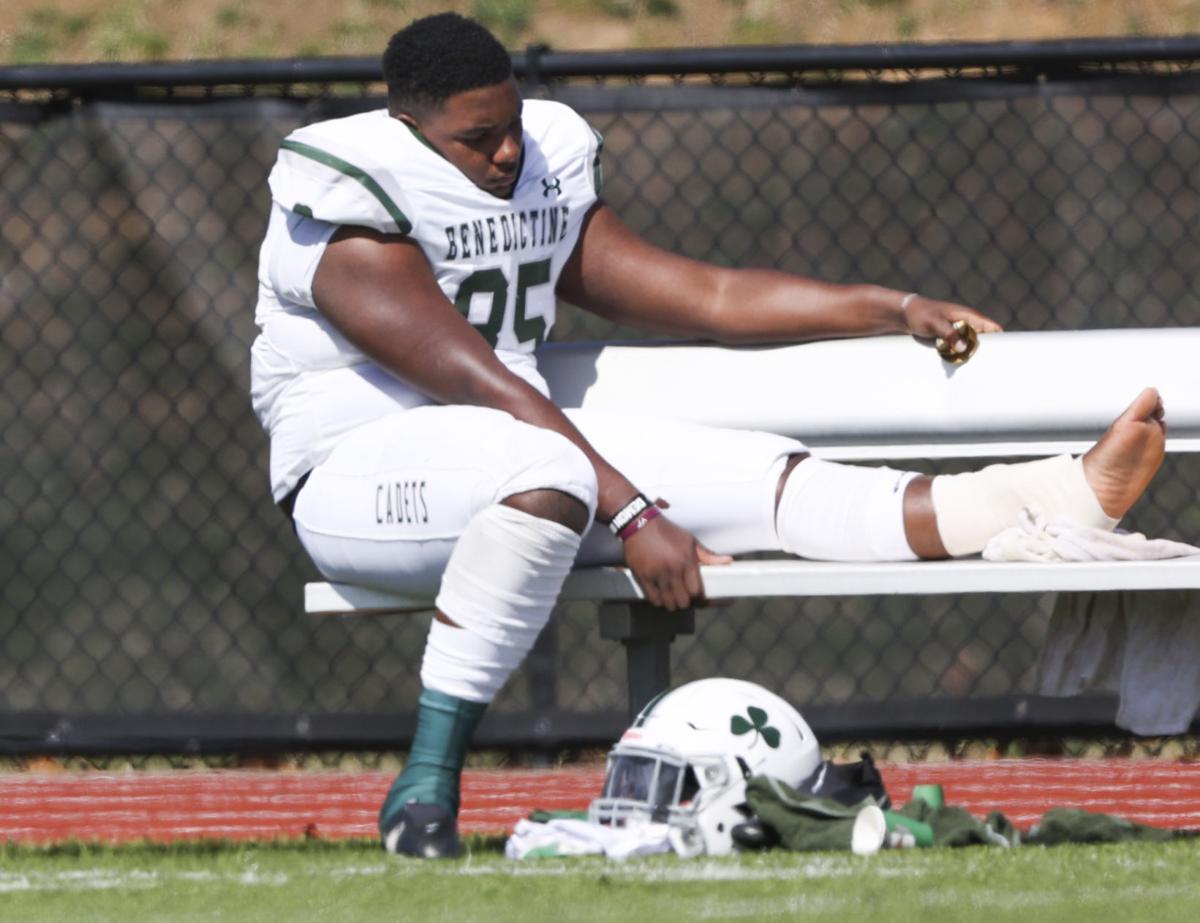 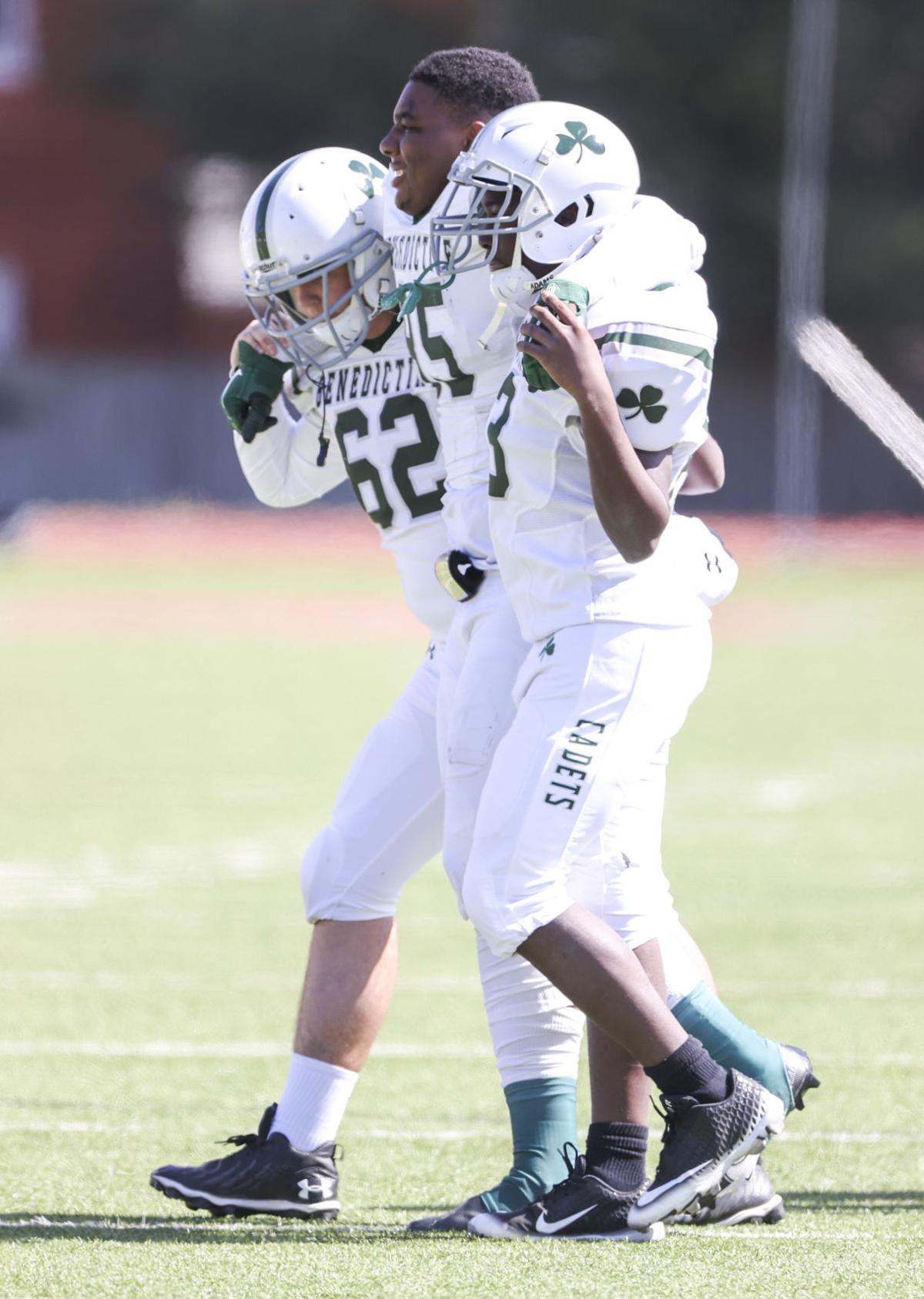 Benedictine sophomore defensive tackle Joel Starlings has been drawing widespread interest from top Power Five programs as his No. 2 Cadets (3-0) prepare for their final game of the season Saturday against Fork Union.

Starlings has offers from Virginia, Texas A&M, Georgia, Oregon and Florida State, among others. When he was younger, Starlings (6-foot-5, 303 pounds) had "no clue" he'd develop into a Power Five-caliber recruit.

"I never knew that I was going to have this much exposure playing football," Starlings said. "Beforehand, I was playing football just for fun, and I loved the sport. Then it just started to become big for me."

Starlings started playing rec league football around age 6. He was a quarterback then, playing for his father, a former player at Armstrong High. Starlings said his dad still watches film with him and has been a big part of his development.

As Starlings grew, he first transitioned to tight end. Then he spent some time in the weight room, grew some more, and decided he belonged in the trenches. His favorite NFL player is Packers quarterback Aaron Rodgers, and he emulates his game after Buccaneers edge rusher Jason Pierre-Paul and defensive tackle Ndamukong Suh.

He's a basketball player, too, mainly at the power forward or center positions. But Starlings said he can also bring the ball up the court, and his favorite NBA player is Wizards guard Russell Westbrook.

Starlings transferred to Benedictine from Trinity Episcopal between his freshman and sophomore years. He said coach Greg Lilly's coaching staff felt like a good fit for him.

"It's like a family," Starlings said, calling Lilly a "second father figure to me."

Starlings sprained his ankle in Benedictine's 45-7 win over St. Christopher's last Saturday, and Lilly said he's not sure if Starlings will play in the finale. The Cadets won't have a postseason because of the pandemic.

Regardless, Starlings has cemented himself as one of the Richmond area's top prospects in the Class of 2023.

Keytaon Thompson eager to do it all again for UVA football

CHARLOTTESVILLE — Being asked to play all over the football field last season took Keytaon Thompson back to his childhood in Louisiana.

Two of the Richmond area’s traditional powers will clash in the Class 5, Region B semifinals Friday when resurgent Hermitage hosts burgeoning …

Though Goochland and Brentsville District have never met on the football field, the teams’ coaching staffs will have plenty of familiarity wit…

The wait for redemption was long, but the payoff oh so sweet.