Gambling has gone from the forbidden topic in the NFL to a key part of the league's present and future.

The days of lobbying against widespread legalized sports betting, preventing broadcast partners from even discussing point spreads and even prohibiting players from holding a fantasy football convention because it was at a casino are firmly in the past.

With a team playing in Las Vegas just a short walk from the casinos on The Strip, sponsorship deals with gambling companies who pay millions for in-game advertisements and teams having sports books next to their stadiums, the relationship between America's richest sports league and gambling is stronger than ever.

“The NFL has evolved quickly with the growing importance of sports betting on the overall ecosystem,” said Robert Fishman, a senior analyst with MoffettNathanson, a division of SVB Securities.

“Sports betting is continuing to grow in importance and will continue to be a driver of growth. We're still in the very early days and there will be a natural evolution of how this continues to grow.”

The growth has been astronomical already since the U.S. Supreme Court overturned the Professional and Amateur Sports Protection Act (PASPA) in 2018, setting the stage for legalized sports betting to spread outside Nevada to most of the rest of the country.

More than 30 states and Washington, D.C., allow sports betting either online or in person with several more set to join them in the next few years.

The NFL is doing its best to capitalize on that just a handful of years after Commissioner Roger Goodell sent a letter to the court considering the overturning of PASPA that said sports betting “threatens to damage irreparably the integrity of, and public confidence in, NFL football.”

While there have been some issues like star receiver Calvin Ridley getting suspended for the season for betting on his own team's games while being a member of the Atlanta Falcons, it has been a relatively smooth evolution.

“We’re happy with the growth and the structures that we’re seeing across most places,” said David Highhill, the NFL's vice president, general manager of sports betting,

“It’s hard to call anything smooth when you’re dealing with a state-by-state structure. But overall we’ve been happy with the partnerships we’ve built.”

Highhill said the league also is focused on “responsible gambling” and gave a grant to the National Council on Problem Gambling to focus on that area.

The NFL has signed deals with DraftKings, FanDuel and Caesars Entertainment that reportedly could be worth about $1 billion for the league over five years.

Those companies have fueled an advertising spending spree that saw gambling companies spend $129 million in advertising during NFL games during the 2021 season, according to research from the Kantar Group.

Research from MoffettNathanson shows that legalized sports betting revenue in the United States grew from less than $500 million in 2019 in the first year after PASPA was overturned to more than $3 billion in 2021.

“In a few short years, the very idea of sports betting has been transformed from a taboo and sub rosa vice into a major business opportunity,” the company said in the report. “From sports leagues to rights owners to consumers, it is clear how important sports betting is today and how quickly sentiment has reversed the stigma that once was attached to this industry."

The company projects the legalized sports betting market will generate $12 billion in revenue in 2025, with the NFL the most popular sport for bettors.

A poll conducted by Morning Consult for the American Gaming Association reported that about 47 million people plan to bet on NFL games in 2022, a 40% increase from just two years ago as sports betting has been legalized in more and more states.

More than one-third of NFL fans plan to bet on games this season with many taking advantage of innovations like same-game parlays.

Teams are taking advantage of the opportunities with the Arizona Cardinals opening a 17,000-square-foot sportsbook next to their stadium and the Washington Commanders planning to open one adjacent to their stadium.

Several other teams having betting lounges where fans are able to place wagers on their phones.

That could one day lead to fans being able to place live in-game bets from their seats in a stadium.

“That’s certainly possible,” Highhill said. “For those bets to have scale and significance to the operators that are creating them they’re going to need a lot of people interested in placing those bets.”

Every Super Bowl MVP since 1967

As Super Bowl LIII approaches, PointAfter, a sports data site powered by Graphiq, looks back at the history of the award to highlight the winner from each season.

There are 21 Super Bowl MVP winners currently in the Hall of Fame, with future locks (like Tom Brady, Ray Lewis and Aaron Rodgers) to follow. Brady is one of five players to win the award multiple times, along with Bart Starr (twice), Terry Bradshaw (twice), Joe Montana (three times) and Eli Manning (twice).

All six teams playing today are trying for for playoff spots at a crucial point of the NFL season. Get a briefing on this annual Thanksgiving triple-header featuring an exciting slate of showdowns.

The most lopsided trade in NFL history sent Herschel Walker to Minnesota for two fistfuls of players and draft picks that served as the pillars of the Dallas Cowboys' dynasty of the 1990s.

Arizona Cardinals offensive line coach Sean Kugler was dismissed by the organization due to an alleged groping incident on Sunday night in Mexico City after the team's arrival for Monday's game against the San Francisco 49ers.

MIAMI GARDENS, Fla. — The bye week is a good opportunity for Miami Dolphins players, after playing 10 games in 10 weeks, to take some well-deserved time off, relax, be with family and maybe take a quick vacation. And for some Dolphins, they can catch up on business they’ve had to put on the back burner during the arduous grind of an NFL season. Several Dolphins players are involved in business ...

The Washington Commanders have agreed to return security deposits to former season ticket holders and pay a $250,000 penalty in a settlement w…

‘We just destroyed you’: Eagles’ unmatched success with the quarterback sneak is no coincidence

The experience for Eagles offensive linemen in the aftermath of a quarterback sneak is a little different for everybody. Lane Johnson said it feels like being on a submarine. For Jordan Mailata, it is stressful because of the details involved. Guard Landon Dickerson, often involuntarily squished beneath his gargantuan Australian linemate, might have it the worst. They can mostly agree on one ...

John Romano: Sorry Manchester United, we kinda like the Glazers

TAMPA, Fla. — Even a continent away, the unrest in Manchester looks vaguely familiar. A beloved sports franchise run by unpopular and tone-deaf owners? Been there, booed that. There may not be another sports market in the world that has seen cheaper (CULVERHOUSE!), less fan-friendly (NAIMOLI!), more clueless (KOULES!) franchise owners than Tampa Bay. So, yeah, we feel the pain of Manchester ...

Kirk Cousins threw for 299 yards and three touchdowns, the last a go-ahead score to Adam Thielen in the fourth quarter to push the Minnesota Vikings past the New England Patriots 33-26. Justin Jefferson had 139 yards and one of the touchdown passes from Cousins in a clutch performance the Vikings needed against a formidable defense to bounce back from a blowout loss against Dallas. The Vikings are 9-2. The Patriots are 6-5. Rookie Vikings coach Kevin O’Connell got a win over Bill Belichick, who drafted him with the Patriots in 2008.

LOS ANGELES — The stories people tell about John Madden are like the side dishes at Thanksgiving dinner. They're memorable, comforting, warm and, though not meals in themselves, give you a flavor for this larger-than-life character who made the dizzying ascent from NFL coach to pop-culture icon. Madden, who died three days after last Christmas, will be honored by the NFL on Thanksgiving, with ... 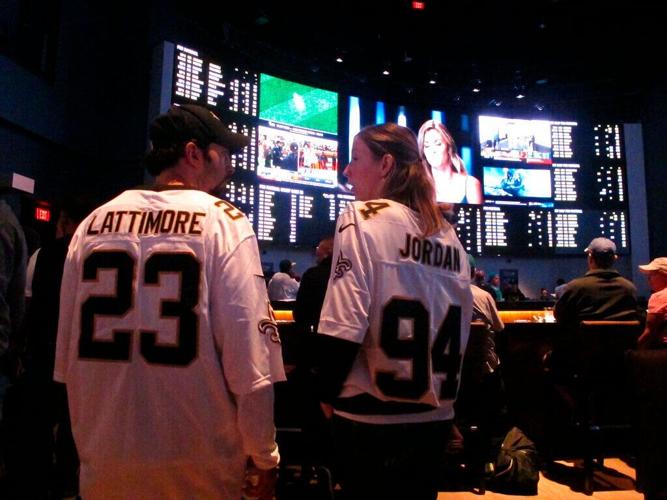 FILE - Football fans wait for kickoff in the sports betting lounge at the Ocean Casino Resort in Atlantic City, N.J., Sept. 9, 2018. Gambling has gone from the forbidden topic in the NFL to a key part of the league's present and future. The days of lobbying against widespread legalized sports betting, preventing broadcast partners from even discussing point spreads and even prohibiting players from holding a fantasy football convention because it was at a casino are firmly in the past. (AP Photo/Wayne Parry, File) 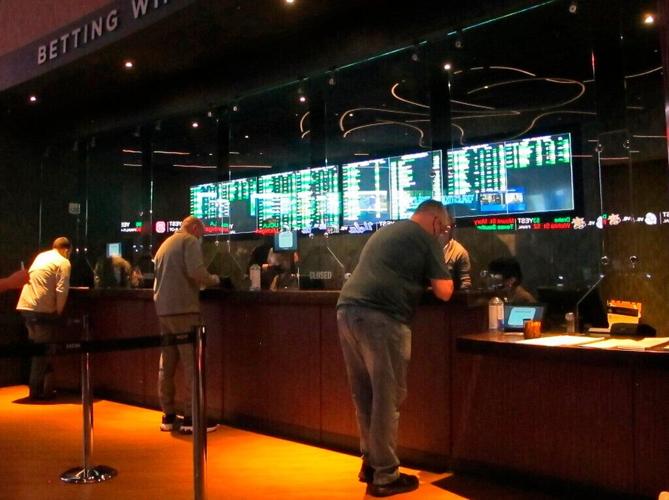 FILE - People line up to make sports bets at the Borgata casino in Atlantic City, N.J., March 19, 2021. Gambling has gone from the forbidden topic in the NFL to a key part of the league's present and future. The days of lobbying against widespread legalized sports betting, preventing broadcast partners from even discussing point spreads and even prohibiting players from holding a fantasy football convention because it was at a casino are firmly in the past. (AP Photo/Wayne Parry, File)