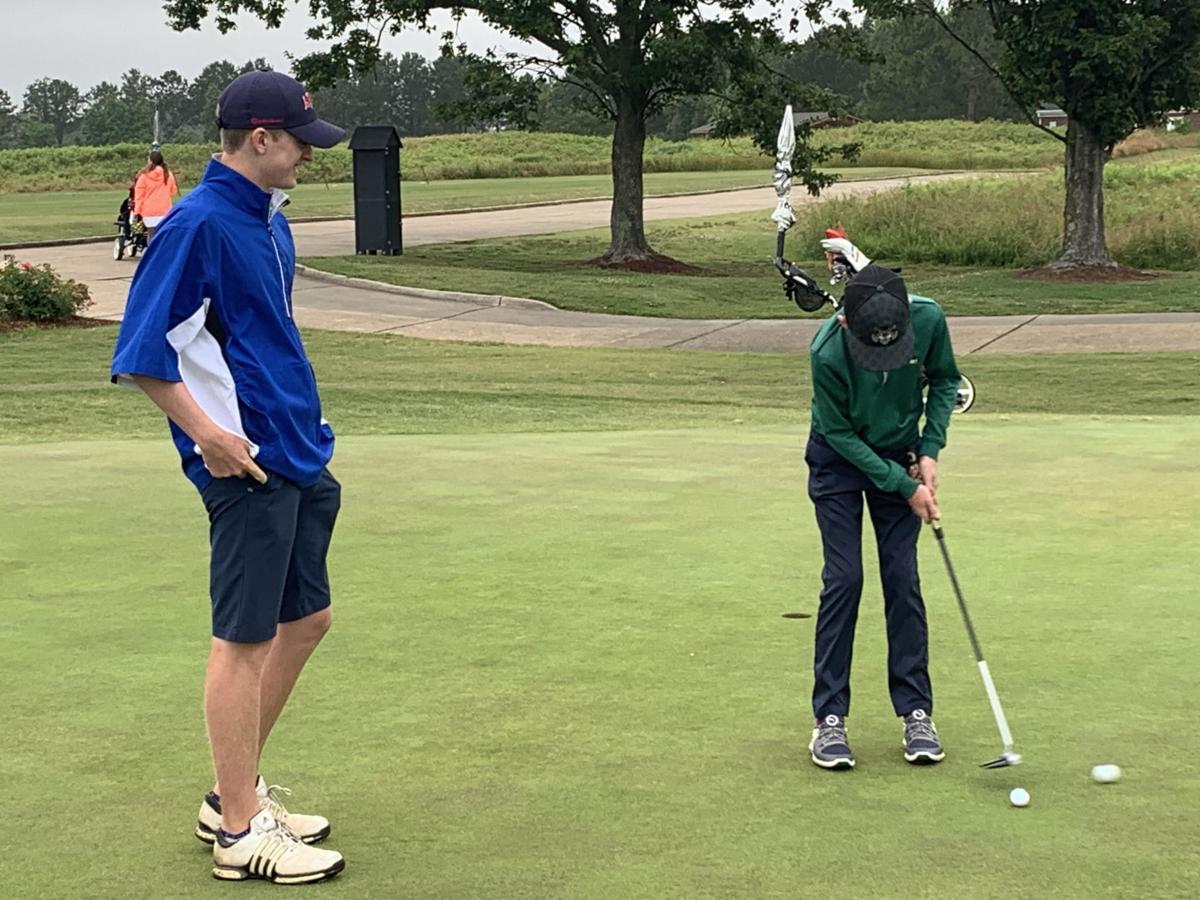 Quint (left) and Talon Dingledine have been playing together since Talon was roughly 6 years old. 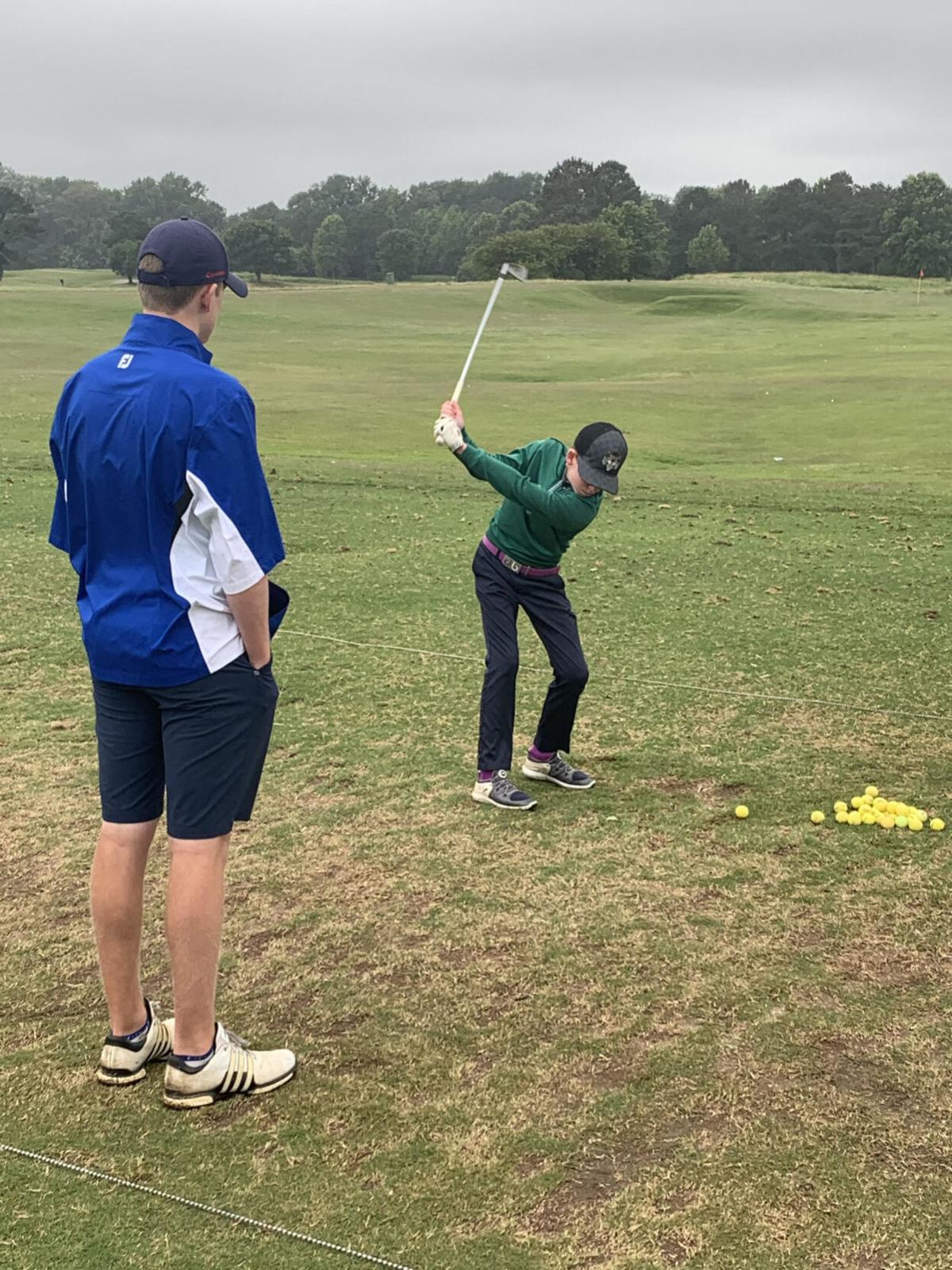 Quint Dingledine (left) has been caddying for his younger brother, Talon, as he prepares him for a tournament.

Ray and Quint Dingledine might just have to quit playing golf.

Heading into the weekend of the Stonehenge Golf & Country Club Championship on Oct. 3rd and 4th, the father and son were joking to their younger son and brother, Talon, that if he beat them, they’d give up the sport.

Then 13-year-old Talon shot a 76-71 to win the competition, becoming the youngest player to do so and leaving his father and older brother to eat their words.

“Everybody is very much aware that he’s a good player. But nobody thought he could compete from the back tees,” Ray said.

Everyone around Stonehenge knows how talented Talon is — on a Friday afternoon, Talon is accustomed to receiving texts at school from adult players asking if he’ll join them for a round. But he typically plays a couple tee boxes up from Ray and 17-year-old Quint. He’d beaten them from there before, but never on equal footing.

Talon’s 76 that Saturday was about what Ray had expected — on the blue tees (6,725 yards) Ray was hoping his younger son might break 80 and compete for a top-10 finish. But on a cold and windy day, nobody separated themselves from the field.

So Talon entered Sunday with a chance to compete for the Club Championship and, after hitting four-wood and driver second shots onto greens about seven times, made three birdies, three bogeys and 12 pars to win the tournament by one.

“It was pretty impressive,” Ray said of his younger son’s feat. “Nobody could really believe it.”

Quint is an accomplished player at Monacan, and recently committed to compete collegiately at Lafayette College. Ray, who played at William & Mary, introduced his sons to the game at a young age. A supportive community at Stonehenge has played a major role in both Quint and Talon’s development, Ray said.

“In our little circle of Stonehenge, they’ve built a bit of notoriety so that everyone always wants to stop and talk to them, see how they’re doing, when’s their next tournament and all that kind of stuff,” Ray said.

“All the membership here have just been so supportive of both of them, it’s helped them a ton.”

Talon has played with Quint and his friends since Talon was roughly 6 years old, and has practiced with the high school team since about sixth grade. Ray said Quint, the favorite heading into the Club Championship, took the loss the hardest.

“They’re obviously competitive,” Ray said with a chuckle. “To lose to his Dad and his brother, it was a pretty rough weekend for him.”

Yet Quint bears much of the credit for fostering Talon’s game, Ray said. The brothers play together all the time, and Quint is currently caddying for Talon as he prepares his younger brother for a tournament. When Quint leaves for college, Ray said Talon will have to adjust to life without his older brother by his side.

Quint had eliminated Talon from Stonehenge’s match play championship two years in a row, so this year’s Club Championship served as Talon’s revenge. Ray said Talon is a small kid for his age, and the Dingledines are just waiting on a growth spurt for Talon’s game to really take off.

The family has played a lot of father-son tournaments together. Ray cherishes the chance to be able to compete with his sons, and at this stage of their playing careers, it’s anyone’s game on any given day.

Sometimes Ray’s father will join them, making it three generations of Dingledines enjoying time together out on the course.

“It’s cool to be able to play with both my boys, and to compete with them,” Ray said.

“Obviously it’s tense sometimes with the father-son relationship when you’re out there competing. But it’s a lot of fun to be able to do it.”

DeChambeau brings his bulk and behemoth drives to Augusta

AUGUSTA, Ga. — The cart picking up golf balls on the practice range at Augusta National can only go so far. Club members were swapping tales T…

Johnson, Thomas part of 4-way share atop Masters leader board

AUGUSTA, Ga. — A long day in the small window of daylight that comes with a Masters in November didn’t settle anything except that Dustin John…

Brian Gay birdied the 18th hole for a 7-under 64 that got him into a playoff, and then he won with a 12-foot birdie putt on the same hole to b…

Quint (left) and Talon Dingledine have been playing together since Talon was roughly 6 years old.

Quint Dingledine (left) has been caddying for his younger brother, Talon, as he prepares him for a tournament. 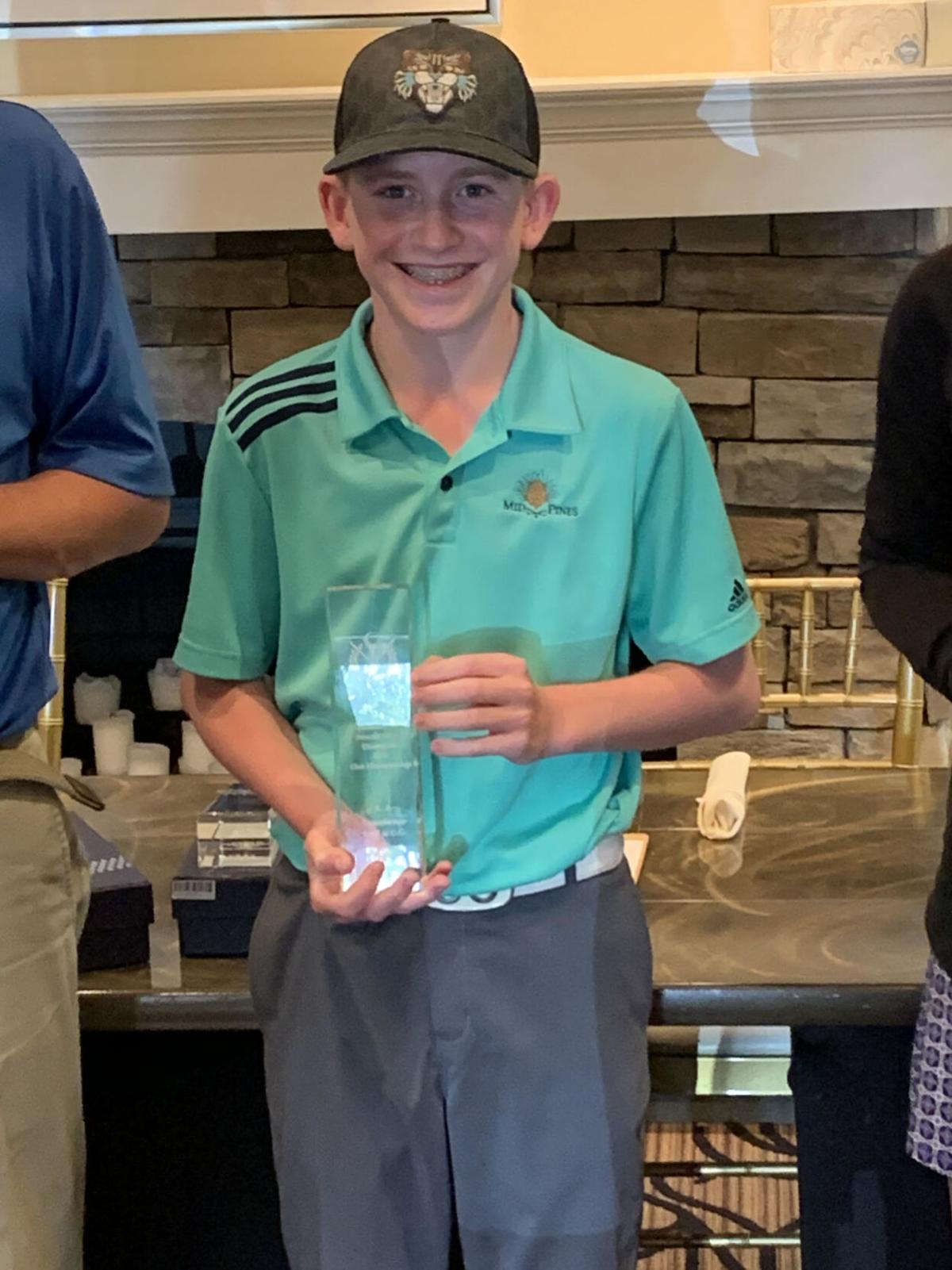 Talon Dingledine has grown his golf game amid a supportive community at Stonehenge Golf & CC.