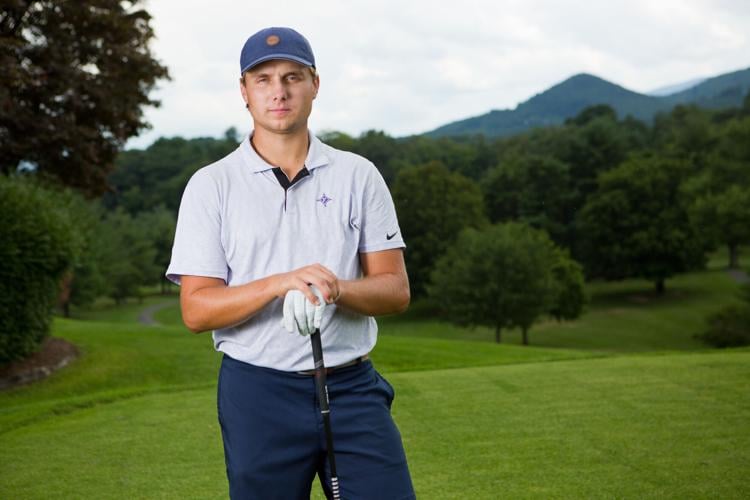 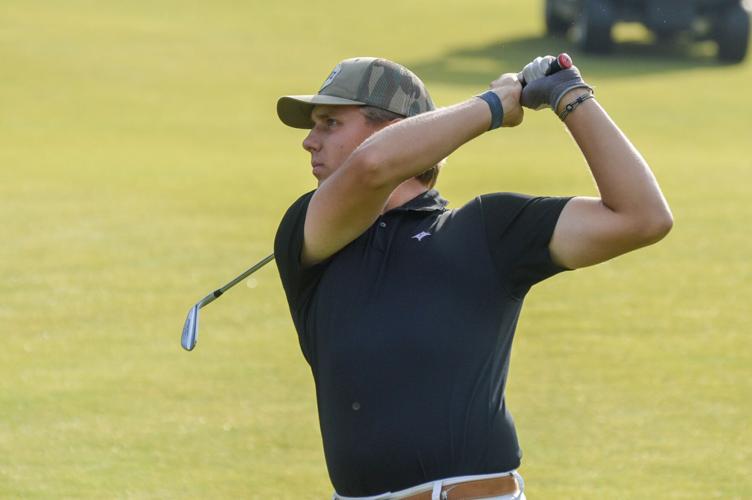 Ross Funderburke is shown during the July 1 final of the VSGA State Amateur in Suffolk. The Hidden Valley High School graduate became the first golfer from the Roanoke area to win the event since 1983. 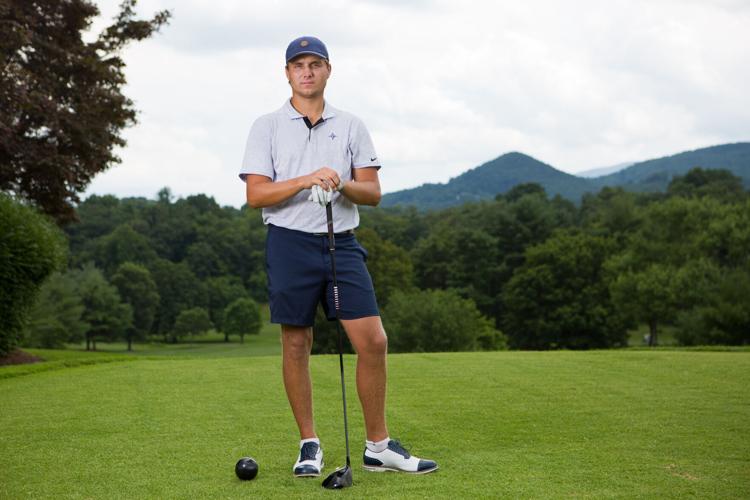 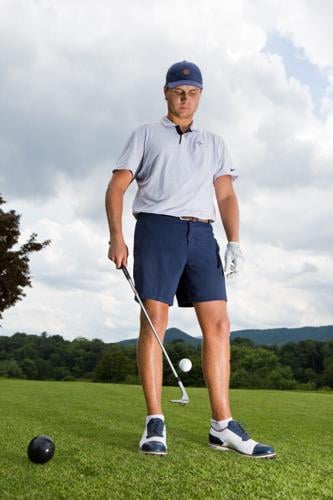 Hidden Valley High School graduate Ross Funderburke of the Furman men's golf team will try this weekend to become only the third person to ever win the VSGA State Amateur and the State Open of Virginia in the same year.

By Mark Berman The Roanoke Times

Until two weeks ago, Ross Funderburke had never won a big golf tournament.

He had never won a Virginia State Golf Association tournament.

When he played for Hidden Valley High School, he twice finished second in the VHSL Class 3 state tournament.

He is now on the Furman men’s golf team, but the rising senior has yet to win a college tournament.

Funderburke was a big winner two weeks ago, though. He captured the 109th VSGA State Amateur Championship at the Cedar Point Club in Suffolk.

“It meant a lot,” Funderburke, 21, said in a recent interview at Hidden Valley Country Club. “I haven’t won a tournament since I was 13 — and that was so nonimportant. This was pretty much my first one.

“I’ve always made the joke that I can’t win a golf tournament. I’ve gotten second countless times. I can’t make that joke anymore.”

Hold on a second. Funderburke did win two area high school tournaments of note as a Hidden Valley senior in the fall of 2018. He won the Bob McLelland Metro Invitational (after, yes, finishing second the previous two years) and the Heritage Invitational.

“I won both of those my senior year, but in terms of true competition, top-level guys, this [State Amateur] was definitely my first win,” he said.

He will pursue another title this weekend, when he plays in the State Open of Virginia at Independence Golf Club in Midlothian.

That tournament, which includes both amateurs and pros, will be held Friday through Sunday. Funderburke, who was 10th in that event last year, will try to become only the fifth golfer to win both the State Amateur and the State Open in the same year.

The State Amateur was Funderburke’s first tournament since the NCAA regional with Furman.

After advancing in stroke-play qualifying, Funderburke went 5-0 in the match-play portion of the tournament. He became the first golfer from the Roanoke area to win the event since David Tolley in 1983.

“I had a losing record in match play until this year and I won five in a row,” said Funderburke, who made the State Am quarterfinals two years ago. “I kind of figured it out a little bit — not changing my game plan from stroke play.

“Not really backing down when I had a lead was a good thing to learn.”

Funderburke had tweaked his swing after receiving a lesson a few weeks earlier from his swing coach in South Carolina.

“I was able to start aiming at pins and hitting it where I wanted to,” he said.

Funderburke beat former Virginia Tech golfer Ian Hildebrand 1 up in the round of 32 and defeated ex-Virginia golfer Jack Montague 5 and 4 in the round of 16. He beat Loyola of Maryland golfer Carlo Pizzano 2 and 1 in the quarterfinals.

He beat Fredericksburg teen Grayson Wood 7 and 6 in the final. The final was scheduled for 36 holes, but Funderburke clinched the title with six holes to go.

“The Am, I’d like to think, is the biggest tournament in Virginia,” Funderburke said. “You just never know what’s going to happen once you get to match play. You hear a lot [of], ‘Anybody can win.’ So I’m just glad I could be that somebody.”

After winning the title, Funderburke’s first thoughts were of his parents — and of his late brother.

Funderburke’s half brother, Rhett (from Rick Funderburke’s previous marriage), died if pancreatic cancer on April 1 at the age of 44.

“I wish he could have been there [at the State Am]. That win, it was for him in a way.”

Former St. Catherine’s standout Tatum Walsh earned a spot in the U.S. Women’s Amateur Championship by shooting a 2-under 70 Monday during qual…

He finished his final round at 1-over 72, just enough to beat Evan Beck, the defending champion who recorded the best round of the day at 6-under 65.

The dispute between the PGA Tour and the Saudi-funded LIV Golf series now has the attention of the U.S. Department of Justice.

Tiger Woods loves the Old Course. It doesn't always love him back.

A rookie rises and Tiger crashes in slow-moving British Open

The Old Course at St. Andrews was fast as ever. The same couldn't be said for the pace of play at the British Open. The heralded start of the 150th Open featured Cameron Young making his debut with a 64. He had a two-shot lead over Rory McIlroy. And the long day could make for a short week for Tiger Woods. The two-time winner at St. Andrews had two double bogeys on his way to a 78. That's his second-highest score ever in the Open and leaves him six shots out of the cut line.

“All this noise I hear about sportswashing and blood money — I think these people are so disingenuous with their fake outrage. Everybody in sports has taken blood money.” It’s not fake. And no, they haven’t. But consider the source. We’re talking about a man who once spit on an 8-year-old girl. That sentence came Saturday morning from former 76ers star and current TNT basketball analyst ...

Ross Funderburke is shown during the July 1 final of the VSGA State Amateur in Suffolk. The Hidden Valley High School graduate became the first golfer from the Roanoke area to win the event since 1983.

Hidden Valley High School graduate Ross Funderburke of the Furman men's golf team will try this weekend to become only the third person to ever win the VSGA State Amateur and the State Open of Virginia in the same year. 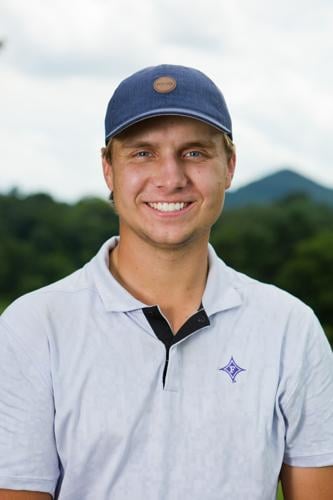