Manchester volleyball retires jersey of Mitchell Schuler, who continues family excellence in the sport
0 comments
Share this
1 of 3 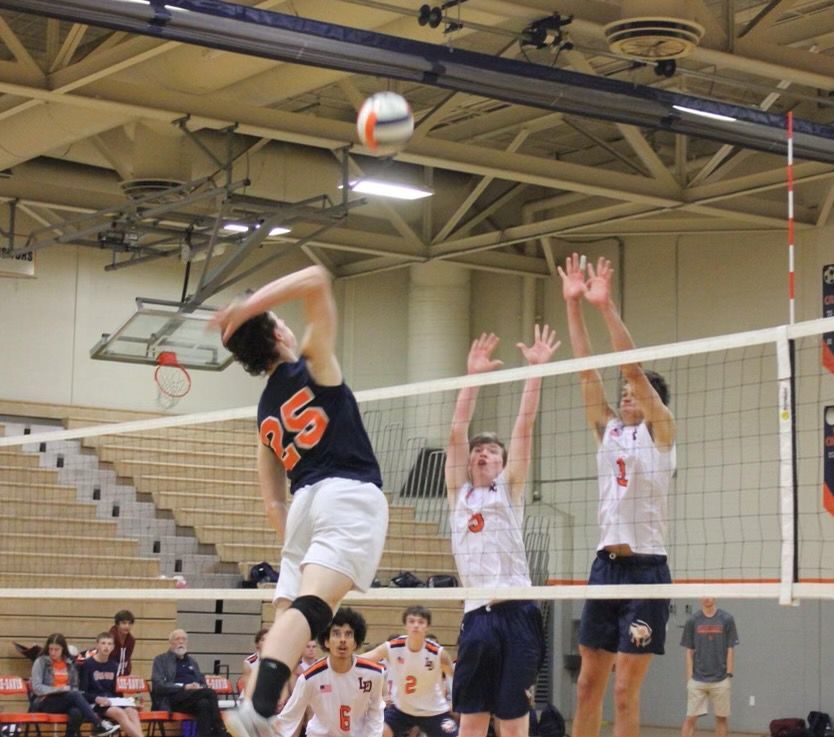 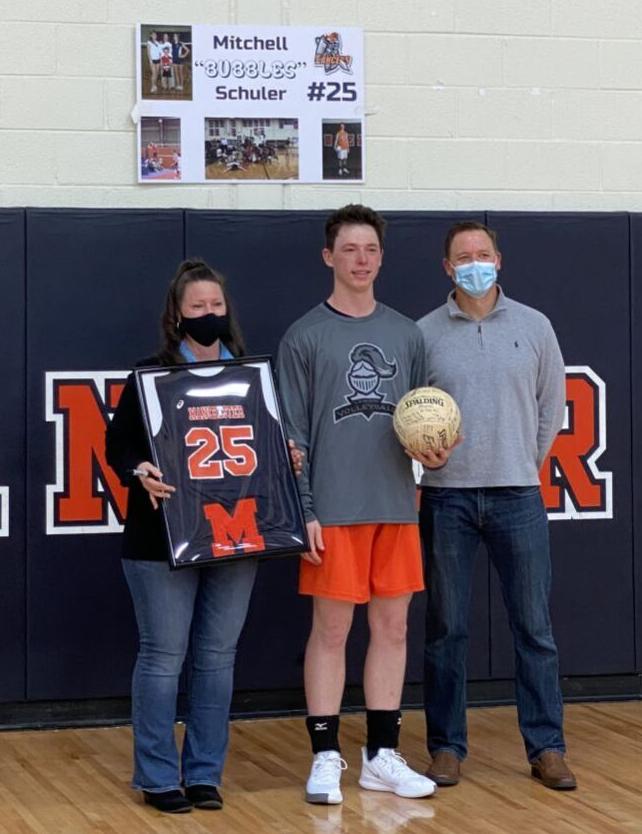 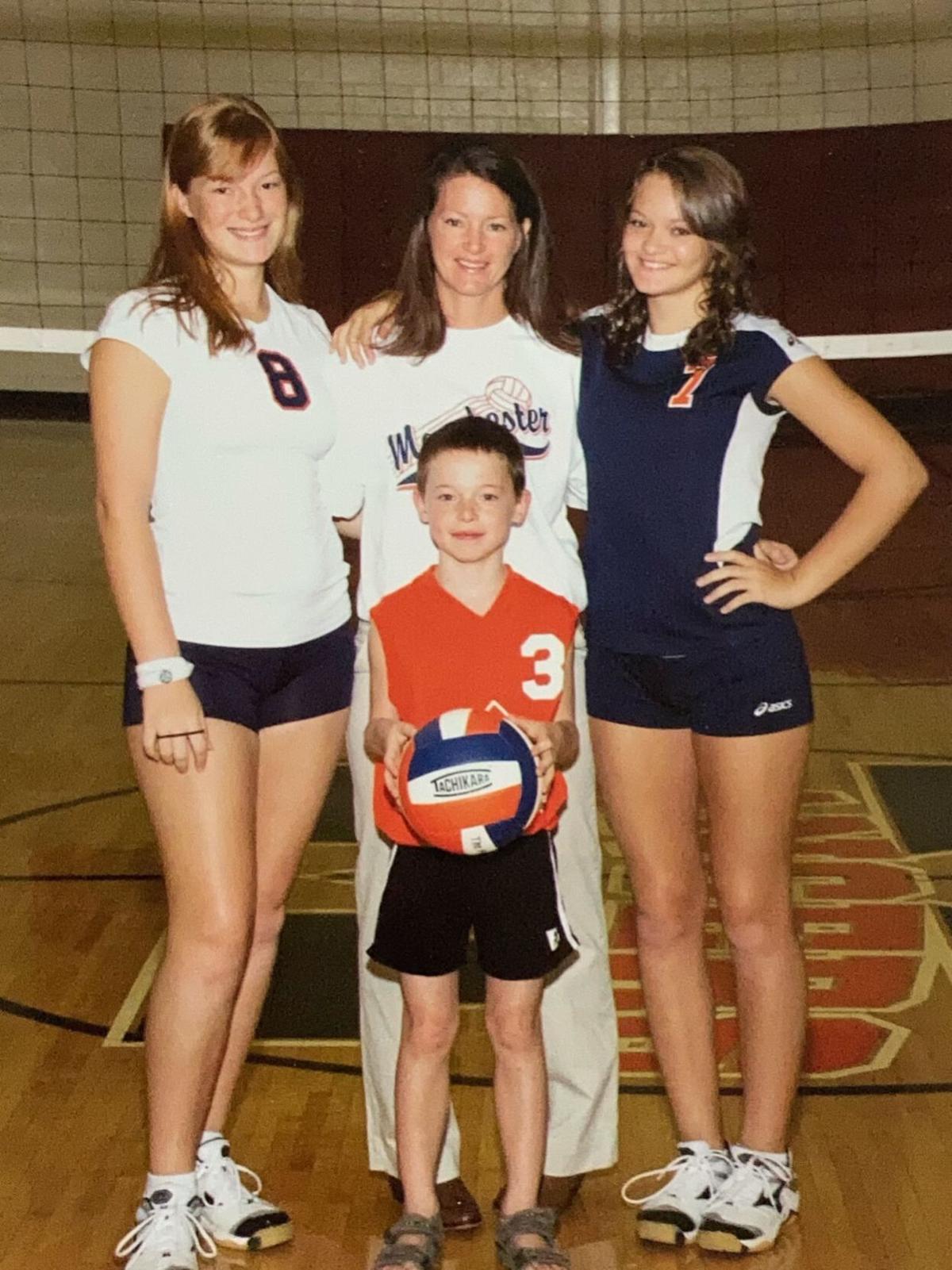 The No. 25 jersey of Mitchell Schuler will forever hold a special place in Manchester volleyball annals after the Lancers retired it this season to honor the most decorated player in program history.

Schuler, a senior outside hitter, holds eight school records. Manchester has never retired another jersey for volleyball. But coach Charlie Krausse wanted to do something commemorative to honor the legacy of a player he always knew would be special.

“His entire family has had a huge development on his skills and knowledge, and his personal drive has taken that to a next level,” Krausse said.

“Specifically to his senior year, what has impressed me the most is how the game has slowed down for him mentally,” Krausse said. “He’s now seeing the court so much more strategically and because of that, he individually, and our team, has benefited from it.”

His stepsister Kylie Tuxford was the All-Metro girls volleyball player of the year at Hanover in 2017. Schuler’s mother used to coach at Manchester, and his father and stepfather both have played for much of their lives.

His earliest memories of the sport are of going to his mother’s practices as early as age 5. He played baseball for a while, too, until committing to volleyball in the seventh grade. That’s when he started playing travel ball, and he’s excelled on the court since.

Though he’s not the tallest player (he’s about 6 foot 1), Schuler said he might hit the hardest on any given night.

“I’m a hyper-aggressive player,” he said, adding that he’s always looking to play a savvy game as well and exploit space in an opponent’s defense.

Schuler is the only senior on this year’s team. He’s been a captain since his sophomore year and functions as a coach on the court for Krausse.

“I try to control the game and help my team get to where they need to be,” he said.

Schuler first set the record for kills in a single match in the Lancers’ first contest this season, against Clover Hill. He had 26 that day and didn’t know he’d set the record until afterward.

“Man, I just kept hitting,” he said with a laugh.

Then later on in the season during a match against L.C. Bird, Krausse came up to Schuler after the second set to tell him he was already at 20 kills. So the pair decided, “Why not go for the record?”

Schuler has a strong relationship with setter Jack Dillon; this is their fourth year playing together. Dillon started feeding Schuler in the third set. Once he got to 27 kills to break his record, he decided he might as well go for a round 30.

Schuler said he’s ready for high school to be over because he wants to be engaged in active work rather than sitting inside behind a desk. He plans to join the Air Force in August. His grandfather served in the Army, and his second cousin does so currently. Schuler’s second uncle also served in the Air Force.

With ample military influence in his lineage, and the cost of college tuition standing as an obstacle, serving his country seemed a practical next step for Schuler.

“I’m just ready to get out and do something,” he said.

But Schuler very much plans on volleyball continuing to be a big part of his life. The condensed season has made recovery between matches difficult, he said. And the team didn’t have the preseason time to hone its fundamentals as it usually would.

But he said it really hasn’t been that bad, all things considered — he’s had a senior season, and for that he’s grateful. The Lancers finished the regular season 6-6 and will have a shot to play on in upcoming regionals.

And much of his family was able to attend Senior Night, to see him honored as the most accomplished boys volleyball player in Manchester history, and celebrate together.

“That was pretty insane,” Schuler said of the ceremony, with a note of disbelief in his voice. “Not going to lie, I kind of teared up a little bit.”

Highland Springs will play at Maury (Norfolk) in the state football semifinals Saturday at 2 p.m. in a matchup of schools that have won the pa…

After winning consecutive regional championships in football, Goochland High ran into something Friday that denied it a third: a baseball-bat-…

Records include schools in the geographic area covered by the Richmond Times-Dispatch and are based on VHSL record books and local archives. S…