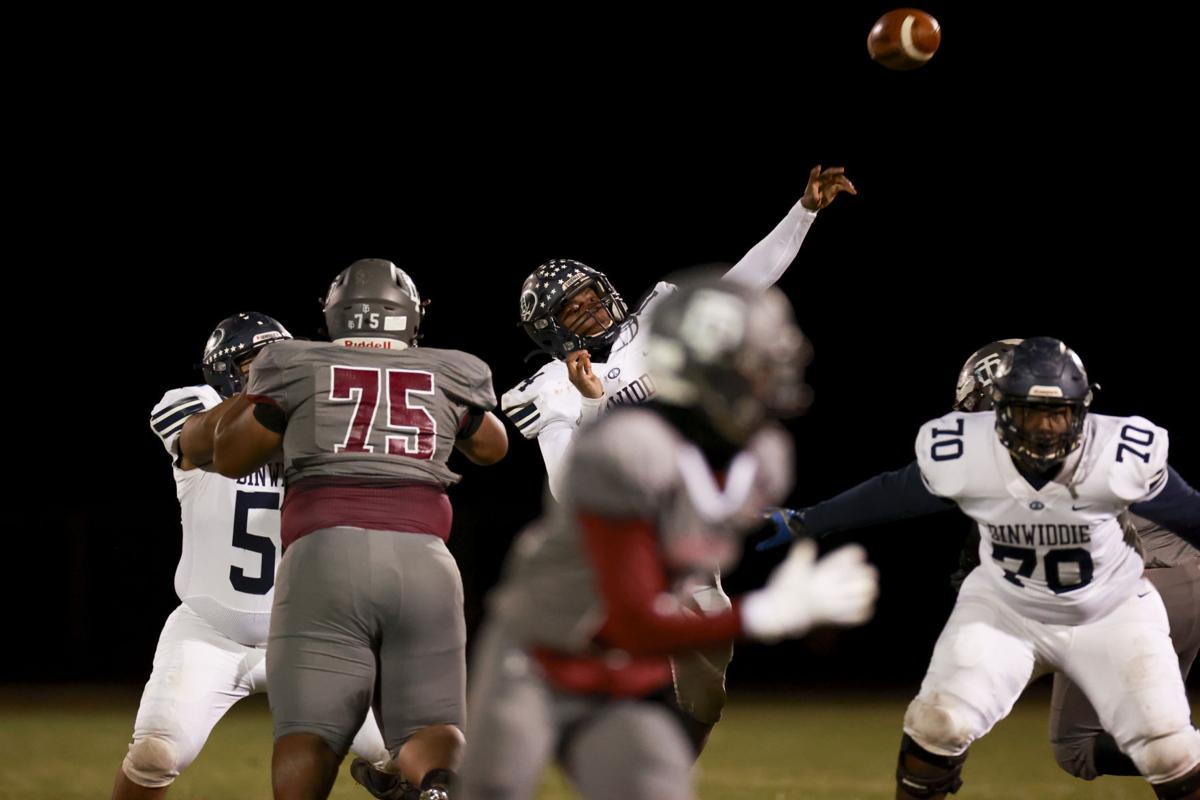 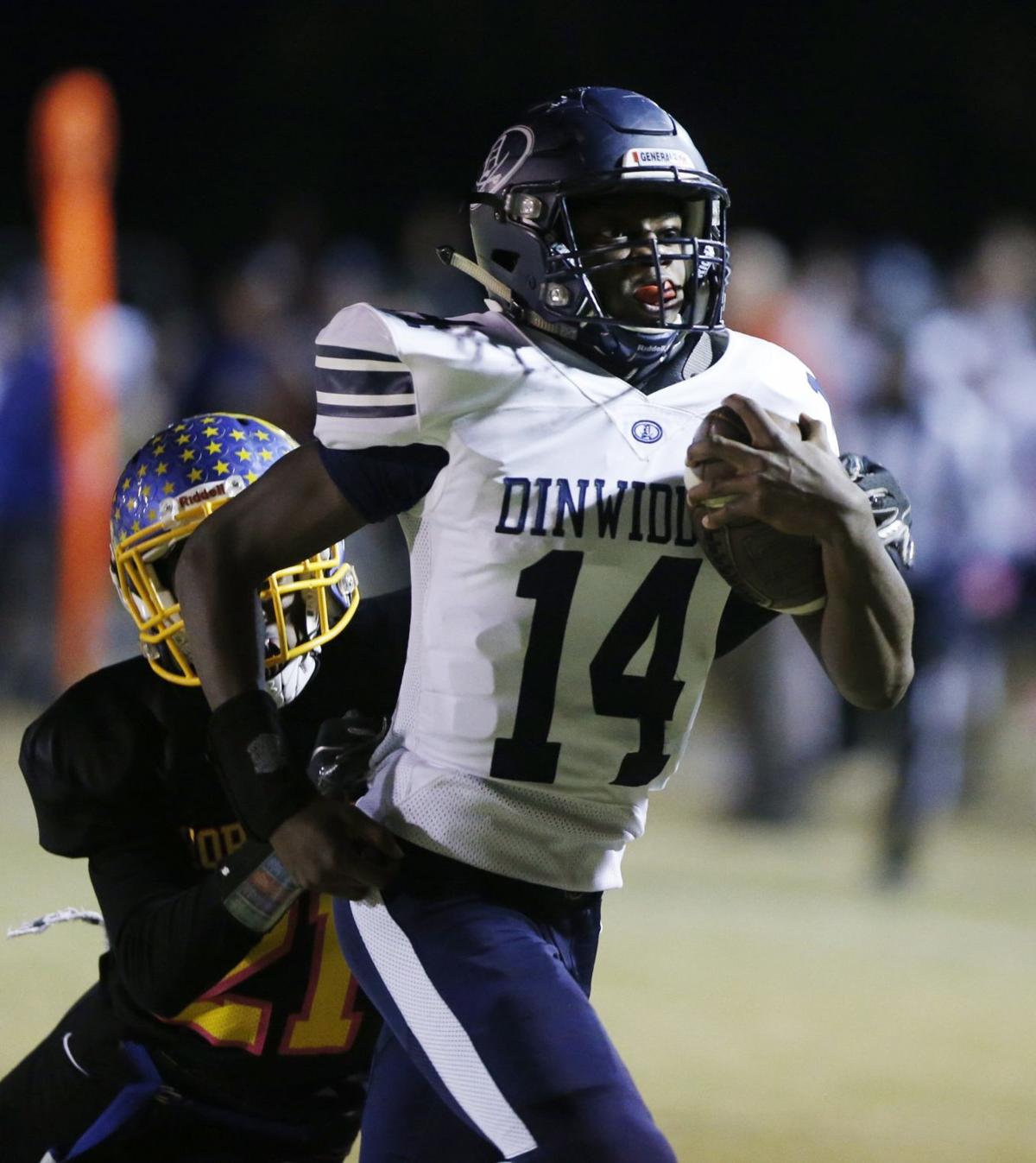 Dinwiddie QB Brenton Hilton gets to the end zone ahead of Hopewell defender Zion Hubbard at Hopewell HS on Friday, Oct, 18, 2019. 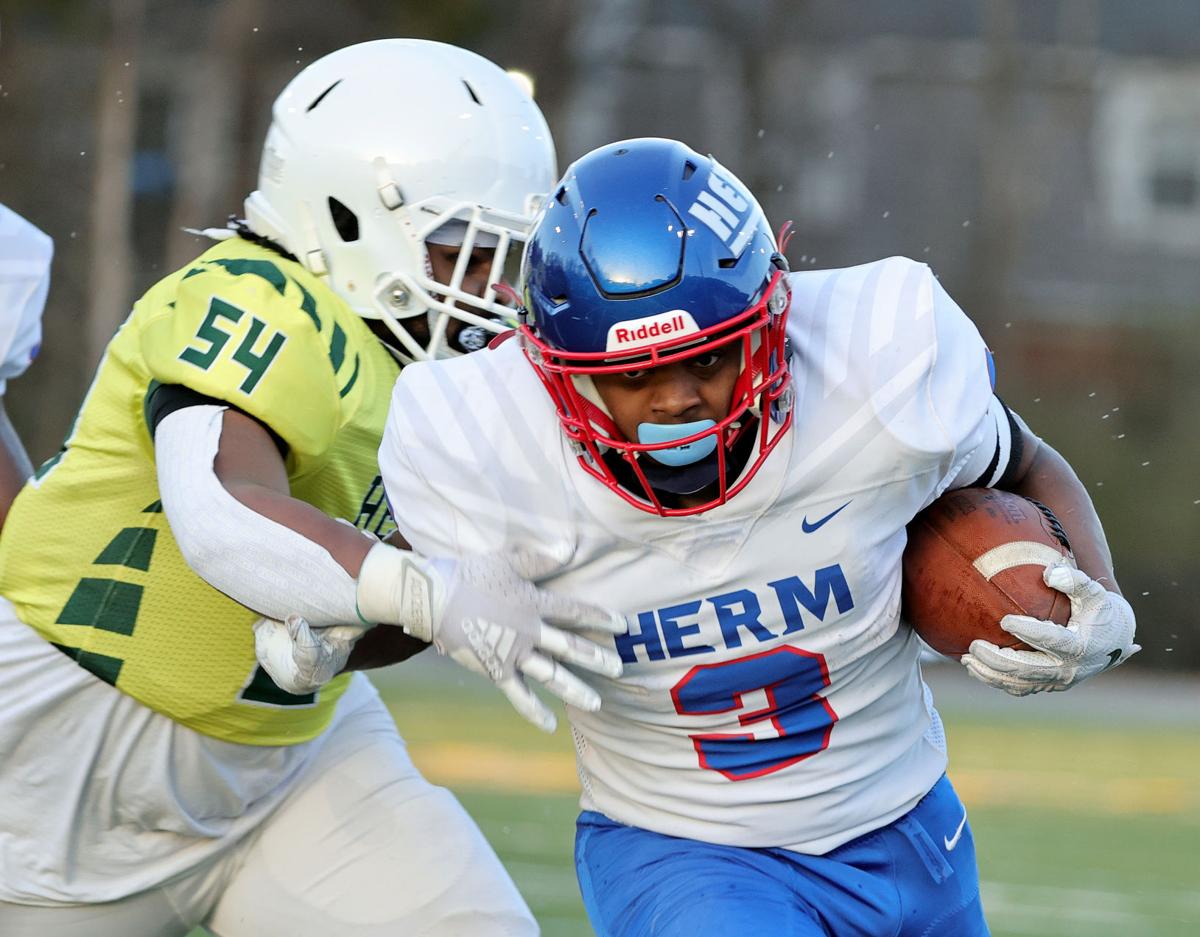 Hermitage to open season against PH

No. 9 Hermitage and No. 5 Patrick Henry (1-0) are set to meet Friday in a game agreed upon between the schools this week after games for both teams were postponed because of circumstances arising within their opponents’ programs.

The Panthers were set to play No. 3 Thomas Dale (2-0), and the Patriots were supposed to play Glen Allen (0-2). The postponement is Hermitage’s third consecutive to begin the season, so Friday will be the Panthers’ home- and season-opener, as well as the first game for new head coach Timothy Jean-Pierre.

“We were frustrated to miss what would have been our third game in a row, and we were looking to try and fill that so our kids could have an opportunity to play,” Hermitage AD Chris Rollison said. “When we found out Tuesday that Patrick Henry was going to be free, [Patriots AD] Matt Crowder and I had a conversation, both coaches were open to it and we put it together.”

Rollison remembers great games between Hermitage and Patrick Henry when the Patriots were members of the Colonial District. One of the largest games he’s seen at the Panthers’ stadium was a game against PH several years ago when both were undefeated and playing for the district title. The sides played annually every year from 1970 to 2014, but have not met since.

“We’re really excited for our kids to have an opportunity,” Rollison said.

“The hardest part of all of it was to continually tell our kids, week after week, that they weren’t going to be able to play. We feel like we have a pretty good team, and they were excited to show people that. With the setbacks we’ve had, it was frustrating for everyone. I know they’re amped up to play.”

After an impressive victory last week, the Dinwiddie football team will have to wait for a chance to continue the momentum.

Dinwiddie is off next week but had a game scheduled for Sept. 21 against George Washington. Most of his players won’t return until Sept. 20, so Mills said the Generals are looking to reschedule the GW game, which was postponed from Aug. 27 because of COVID issues in GW’s program.

Senior quarterback Brenton Hilton had a complete night: 121 yards rushing on eight carries and two TDs, 10 of 19 passing for 145 yards and a TD.

“I just loved his swagger, loved his confidence,” Mills said. “Last year, he had such an incredible year, but he had a rough second half in the last game of the year and it kind of left a bad taste in his mouth throughout the offseason. I just didn’t want that to ruin his confidence. That’s the big thing I was looking for out of him last Friday. When I saw him come off the field holding his head up, I got excited. He’s a really good football player. As long as he’s confident in what he’s doing, he’s going to take us far.”

Freshman running back Harry Dalton also served notice. He had 110 yards on 10 carries and scored on runs of 5, 56 and 42 yards. Dalton was a quarterback in middle school.

“He’s definitely going to blow up. … We’re looking for big things out of him.”

Freeman gets good position with 2-0 start

Maybe most other folks didn’t know what Douglas Freeman had, but coach George Bland did.

Take senior receiver Jahrell Horne. He played as a sophomore but didn’t play last spring. Last week, he had five catches for 200 yards and four touchdowns and added an interception in the Mavericks’ 37-9 victory over James River.

Senior quarterback Owen Fallen was a backup in the spring. He was 12 of 23 passing for 284 yards, with five TDs and one interception as Freeman improved to 2-0 and put itself in good early position in Region 5C.

Horne started as a defensive back as a sophomore and had three interceptions. The 6-foot 180-pounder provides speed and playmaking ability.

“He would have had more catches, but he would take 5-yard passes and run them 80 yards,” Bland said. “We didn’t have a chance to throw the ball more. He just kept scoring when he got it.

“While it’s a pretty incredible night, it’s not a surprise to us.”

Bland said they knew Fallen “had some good arm talent and we were excited to see him put it to work.”

Freeman returned only three offensive starters, but Bland thought his team had plenty of pieces.

The offseason after the spring “was the best stretch of any offseason I’ve been a part of,” he said, plus about 70% of his players participate in another sport and are used to being in competitive situations.

“I knew the guys we had, and I am very excited about our team,” said Bland, whose team is scheduled to play Mechanicsville on Friday. “We’ve still got a very long way to go, but if we can stay healthy, I’m excited to see what we can accomplish.”

Dinwiddie QB Brenton Hilton gets to the end zone ahead of Hopewell defender Zion Hubbard at Hopewell HS on Friday, Oct, 18, 2019.