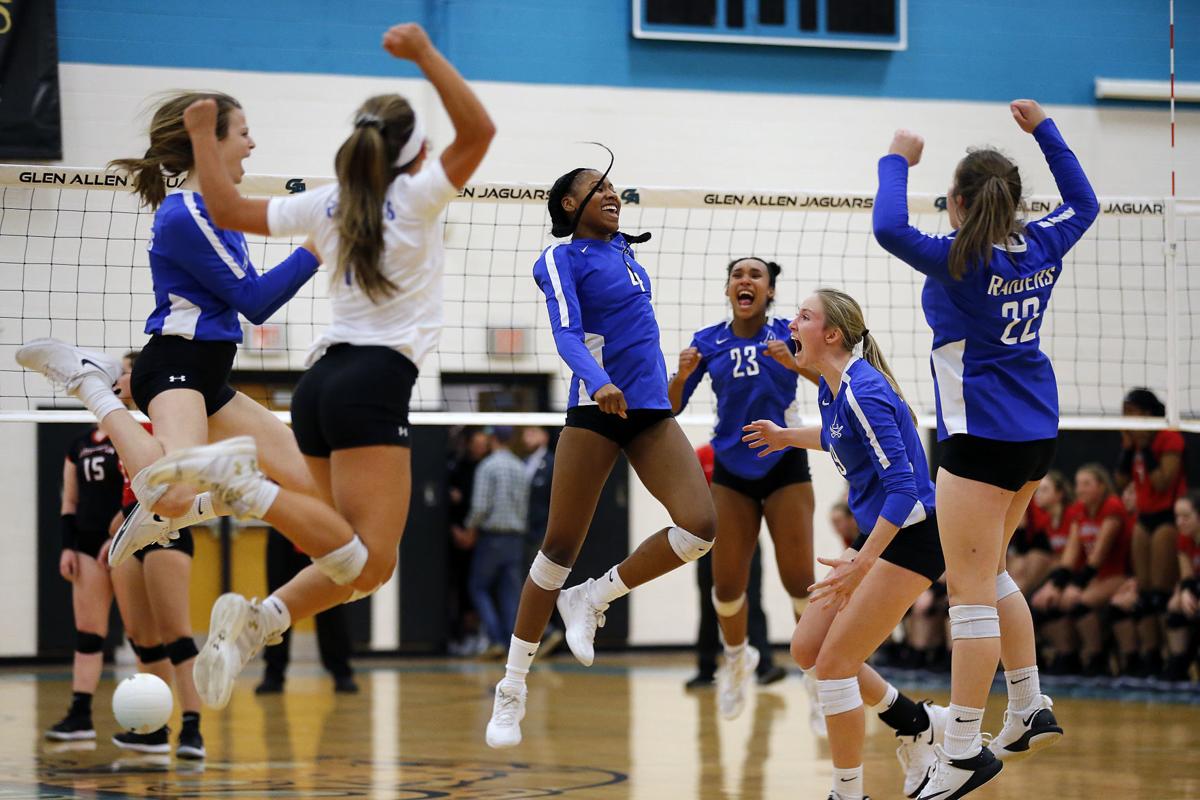 Atlee players celebrate after handing top-seeded Mills Godwin its first loss of the season in the Class 5, Region B girls volleyball final. The Raiders also tripped up the Eagles in the region final last year. 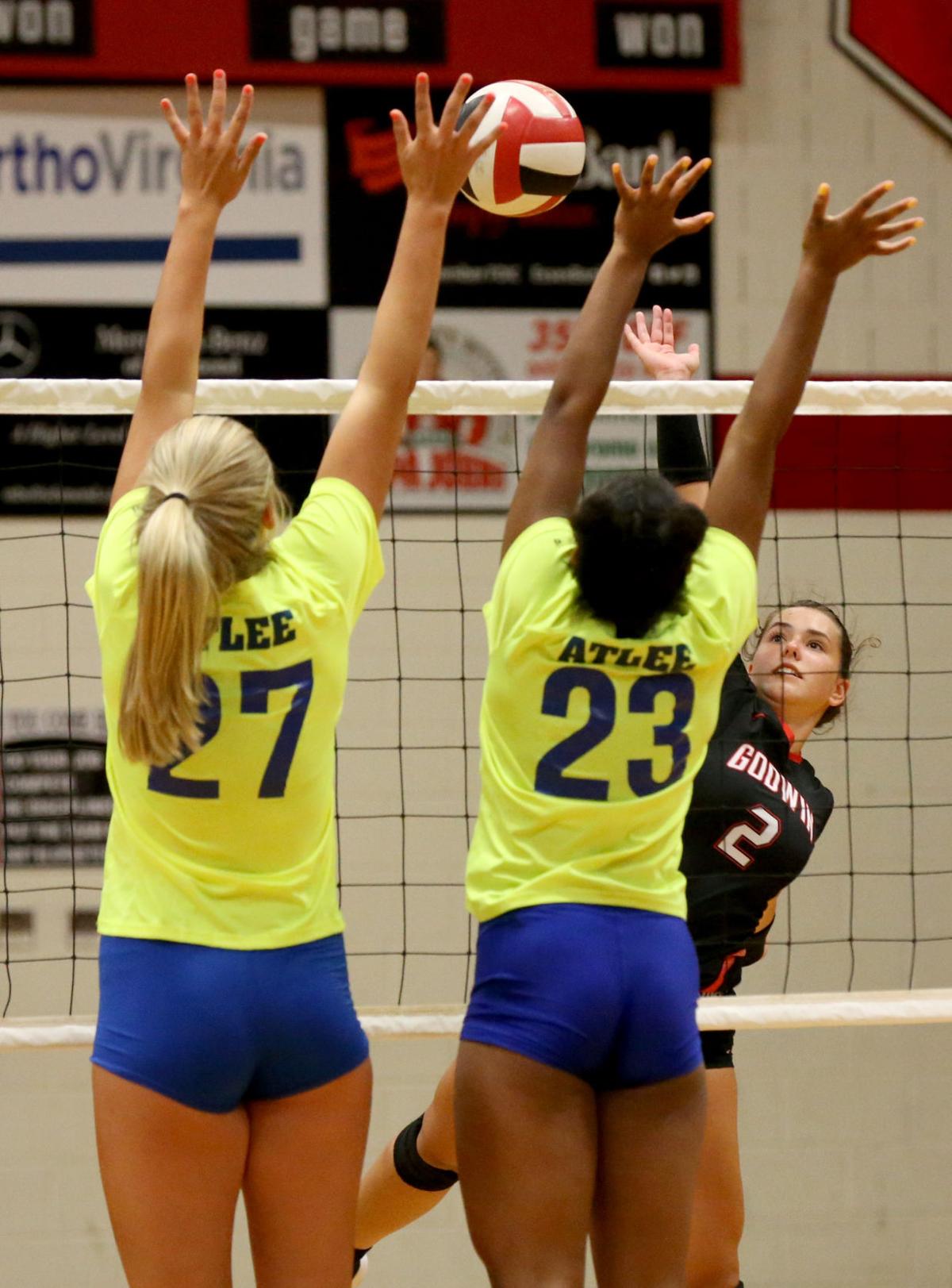 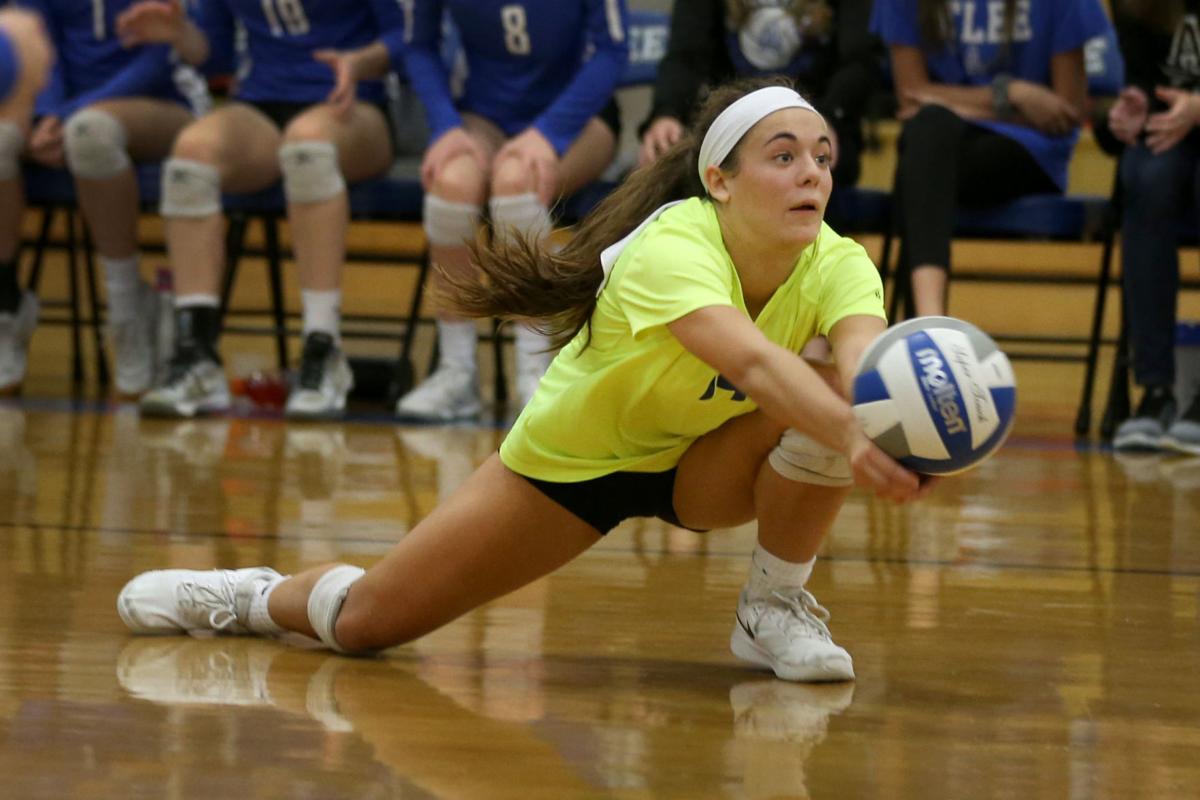 Reigning Class 5, Region B girls volleyball champion Atlee is 9-0, and the Raiders have dropped just three sets on the season ahead of a Senior Night matchup with Patrick Henry (6-3) on Thursday.

For volleyball, each Hanover school is playing one another four times for a 12-game schedule. The Patriots are the only team to take sets off the Raiders thus far. Atlee coach Curtis Carpenter said his girls will be ready for a scrappy contest.

"They're solid, they play with a lot of emotion, when we show up they turn up the energy," Carpenter said of Patrick Henry. "Hats off to them."

Carpenter said the localized schedule is challenging, in part because it's always hard to beat the same team twice, much less four times.

He added that the pressure is on every week, because the points system for determining seeding in the regional tournament remains the same as in normal years. Even if Atlee maintains its unblemished record through the end of the season, it could be seeded as low as fourth at regionals because of the repetition in competition.

Additionally, only the region champion qualifies for states, as opposed to typical years where both region finalists move on.

"There's no room for error, there is no nights we can take off," Carpenter said.

On Thursday, the Raiders will honor eight seniors best they can without parents in attendance. Carpenter said it's helped to have an experienced group this year capable of handling the adversity of the season.

"It's just a good group of kids, they're enjoyable to coach because they're good human beings," Carpenter said. "They're also good volleyball players, so that's nice too."

Senior setter Brianna Brown and senior libero Rylie Harris are the backbone of a deep and talented group, they're both captains. Senior middle Kara Hammock and junior middle Jada Foreman form an athletic and intimidating one-two punch at the front of the net. Sophomore outsides Morgan Crawford and Addison Chapman round out the attack, Carpenter said they've grown a lot over the course of the season.

NOTE: Records are consistent with scores reported to the Times-Dispatch or listed on district websites.

Highland Springs gets top seed in Class 5, Region B via unusual tiebreaker as football playoffs get set to start

The Virginia High School League released the pairings for football regional semifinals on Monday, with seven games on this weekend’s playoff s…

Atlee players celebrate after handing top-seeded Mills Godwin its first loss of the season in the Class 5, Region B girls volleyball final. The Raiders also tripped up the Eagles in the region final last year.