Ciucci, Cosby pile up hits, runs to advance to region final
0 Comments
Share this
1 of 2 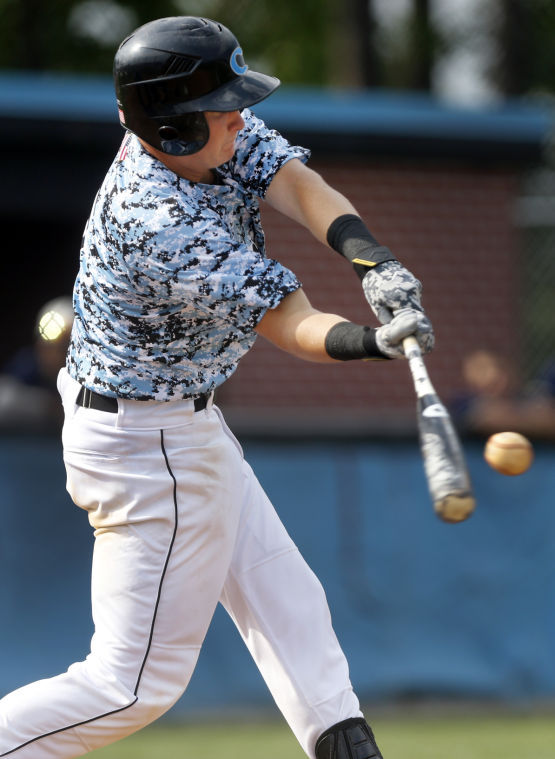 Cosby's Bradley McKay hits a two run double in the second inning vs. C.D. Hylton at Cosby on June 4, 2014 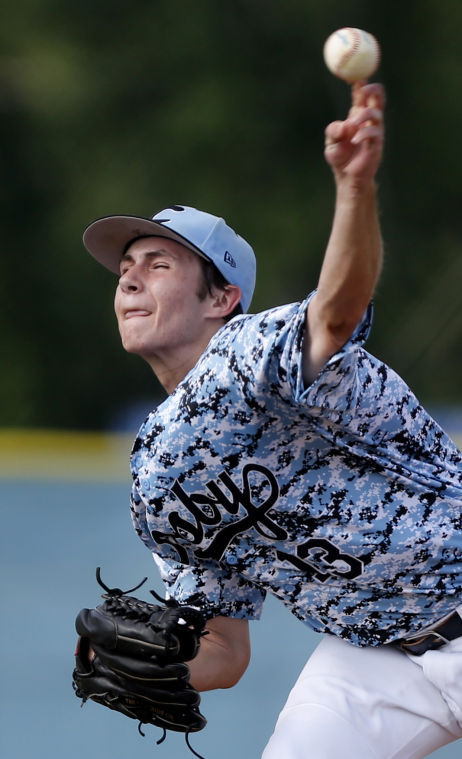 Cosby pitcher Riley Wilson delivers in the third inning of their game against C.D. Hylton

It also included something about offensive adjustments — specifically extending his arms and not getting tied up.

Ciucci got more extension than a 24-foot ladder. Ciucci, a senior, had three doubles, went 4 for 4 and drove in two runs as Cosby pounded out 14 hits to overcome some sloppy play in the field in an 11-6 win over visiting C.D. Hylton of Woodbridge in the 6A South Region semifinals.

The Titans (22-0) will play at Western Branch on Friday for the region championship. Both teams advance to next week’s state championship. Cosby will be making its fourth state appearance in the eight years of the school.

“We knew we were going to go to states,” said Ciucci (pronounced Choo-chee). “Knowing all the guys we had coming back, the chemistry, we just knew it was going to be a good season.”

Lowery scouted Hylton (20-3) and was concerned about the Titans controlling the Bulldogs’ speed on the bases.

“I spoke to (Ciucci) and told him I really needed a strong game from him,” Lowery said. “They like to upset the apple cart.

“If they were on the bases, we needed to throw over, throw somebody out, put a thought in their head that we were good. Offensively, it’s always an added production for him. He’s had some big hits this year.”

Hylton’s speed never really was a factor after Cosby piled up eight runs in the first three innings.

With Cosby’s hitters laying off a steady diet of curveballs from lefty Brandon Barbery and pouncing on fastballs, Ciucci doubled in the second. He scored on Bradley McKay’s two-out, two-run double.

Ciucci followed Matthew Pita’s RBI double in a four-run third with a double to left. Both scored on Tyler Fitzgerald’s two-run single.

After Cosby almost let Hylton back in the game with two errors and three runs that chased Titans starter Riley Wilson in the fourth, Ciucci helped put Cosby back in control in the bottom of the inning. He drove in one run with a single; another scored on the play on a throwing error.

A double down the left-field line drove in the final run in the sixth.

“I started off slow,” Ciucci said, “and it started to come back about halfway through the season.”

Ciucci hits eighth in the order. The bottom three — Pita, Ciucci and Fitzgerald — combined for eight hits and five RBIs.

That was enough to overcome four errors. Still, the lack of sharpness at this stage drew some fire from Lowery.

“Ugly game,” he said. “That’s uncharacteristic of what we’ve been doing all year.

“I told them to flush all the negatives and let’s get all the positives. Let’s move on. You’re in the states.”

C.D. Hylton goalkeeper Jordan Williams and his defense shrugged off a late goal and made a slim lead stand up in a 2-1 victory.

Cosby's Bradley McKay hits a two run double in the second inning vs. C.D. Hylton at Cosby on June 4, 2014

Cosby pitcher Riley Wilson delivers in the third inning of their game against C.D. Hylton