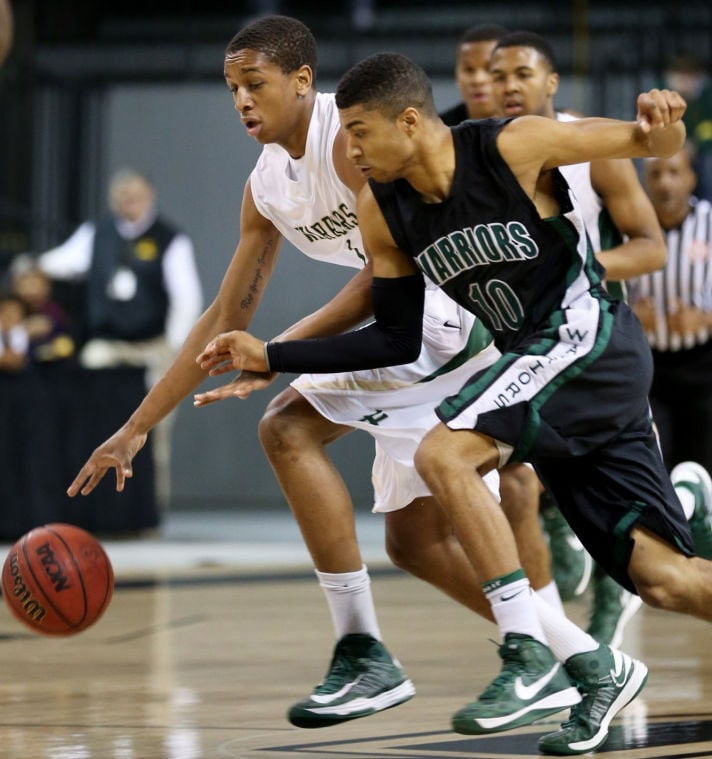 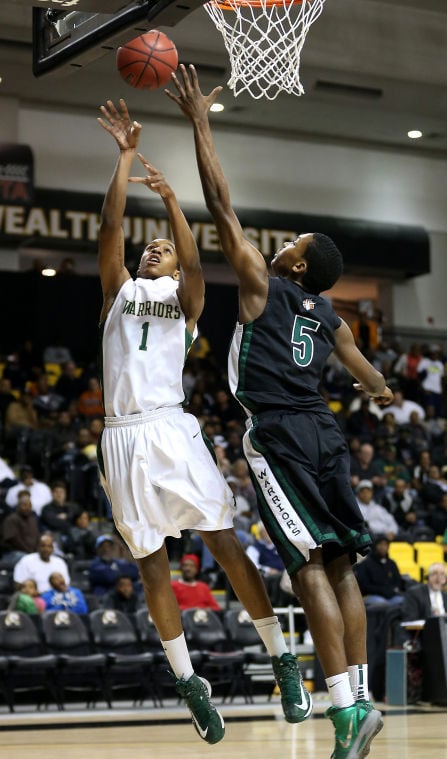 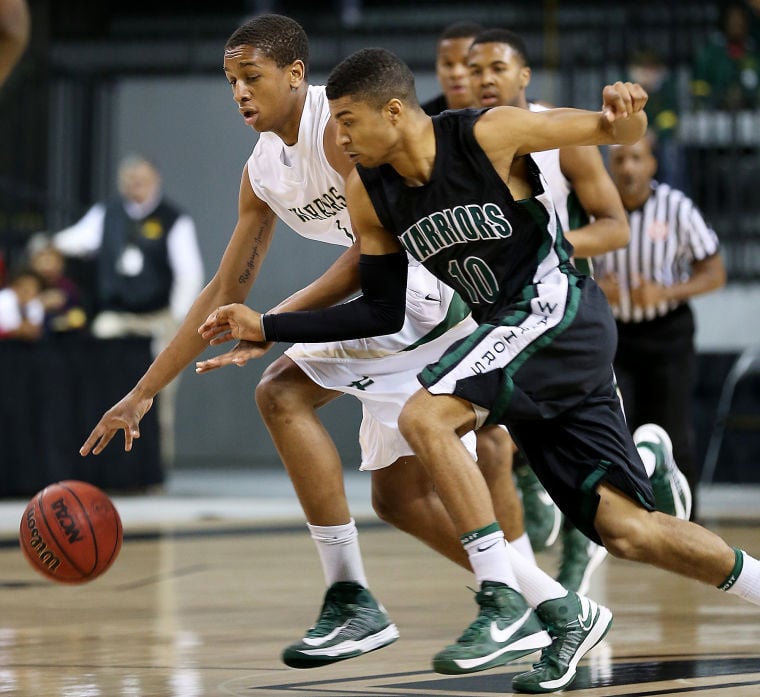 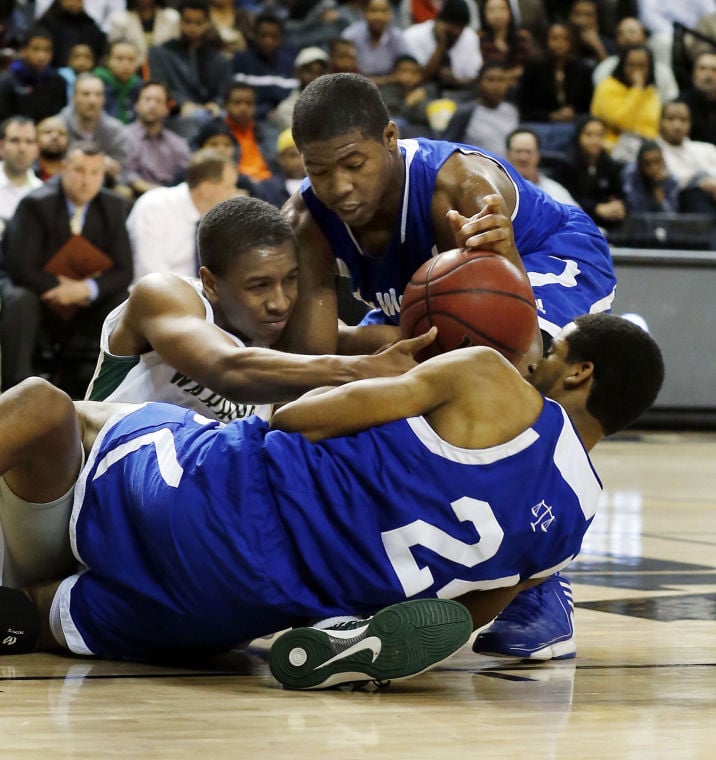 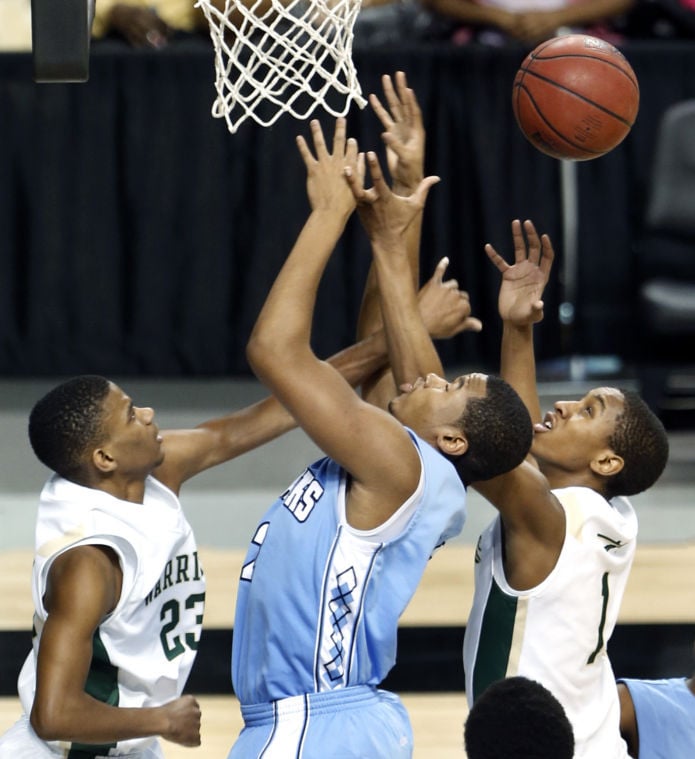 When Marvin Smith Jr. was a freshman at Henrico High School, he was cut from the basketball team.

“The summer going into ninth grade, I didn’t take basketball as seriously as I should,” he said.

So he increased his workouts and made the junior varsity as a sophomore. The next year, he made varsity. By the end of the season, he was starting games.

Now a senior, Smith averages 14.8 points and 10.3 rebounds for Henrico, which faces John Marshall on Friday in the Group AAA state championship at the Siegel Center. Smith was named all-Capital District and second-team all-Central Region.

“There are very few players who can . . . turn it on and off when they want to,” Smith said. “Basketball is a game where you have to put something in to get something out. That’s what I realized, and that’s what I did.”

He’s also grown a great deal since his freshman year. He entered high school at 5-foot-9. Now he stands 6-6 and serves as Henrico’s big man, though he’s still relatively thin. Last year, his doctor told him there still was space between his bones, so he has plenty of room to grow. Maybe the secret was all that milk he used to drink.

“I drank at least two or three glasses a day,” Smith said. “It was like water to me.”

After he was cut, he joined the Chamberlayne Youth Basketball League and played for the Bulls, a team coached by Jimmy Turpin. The coach motivates Smith to this day and became a father figure to Smith, who also worked out at American Family Fitness and shot hoops at the court near the police station on Nine Mile Road.

With his skill sharper and hits fitness improved, he made the junior varsity as a sophomore and was named the team’s most improved player. Once the season was over, he and some teammates began exercising at Elkin Sports Performance, a training facility in Richmond.

For an hour and a half a day, three to four days a week in the eight-month offseason, they pulled sleds to improve speed, maneuvered slide boards to better their agility and lifted weights to strengthen their muscles.

“These guys were training with a purpose and a passion,” said Jason Elkin, the facility’s owner.

Smith made the varsity as a junior. He was given the award for the team’s most improved player for a second consecutive year. The Warriors went 28-3 and bowed out in the state semifinals. Smith was named honorable mention all-district.

As soon as the season was over, nearly the entire team was back at ESP, running, stretching and lifting.

“He worked his tail off,” Elkin said. “He worked hard getting to this point.”

Smith has been recruited by Division III schools, including Randolph-Macon. Should he choose prep school after Henrico, he could go as high as Division I, Henrico coach Vance Harmon said. Smith most likely would play small forward in college, the coach added.

Working out has become natural for Smith. During the district tournament this season, there was a day when he looked down at his arms, and the muscles seemed smaller. So he did 200 pushups and another 200 curls. The next day, he could barely move his limbs.

“My dedication to the game has really improved,” he said. “I love working out. I just want to get better.”