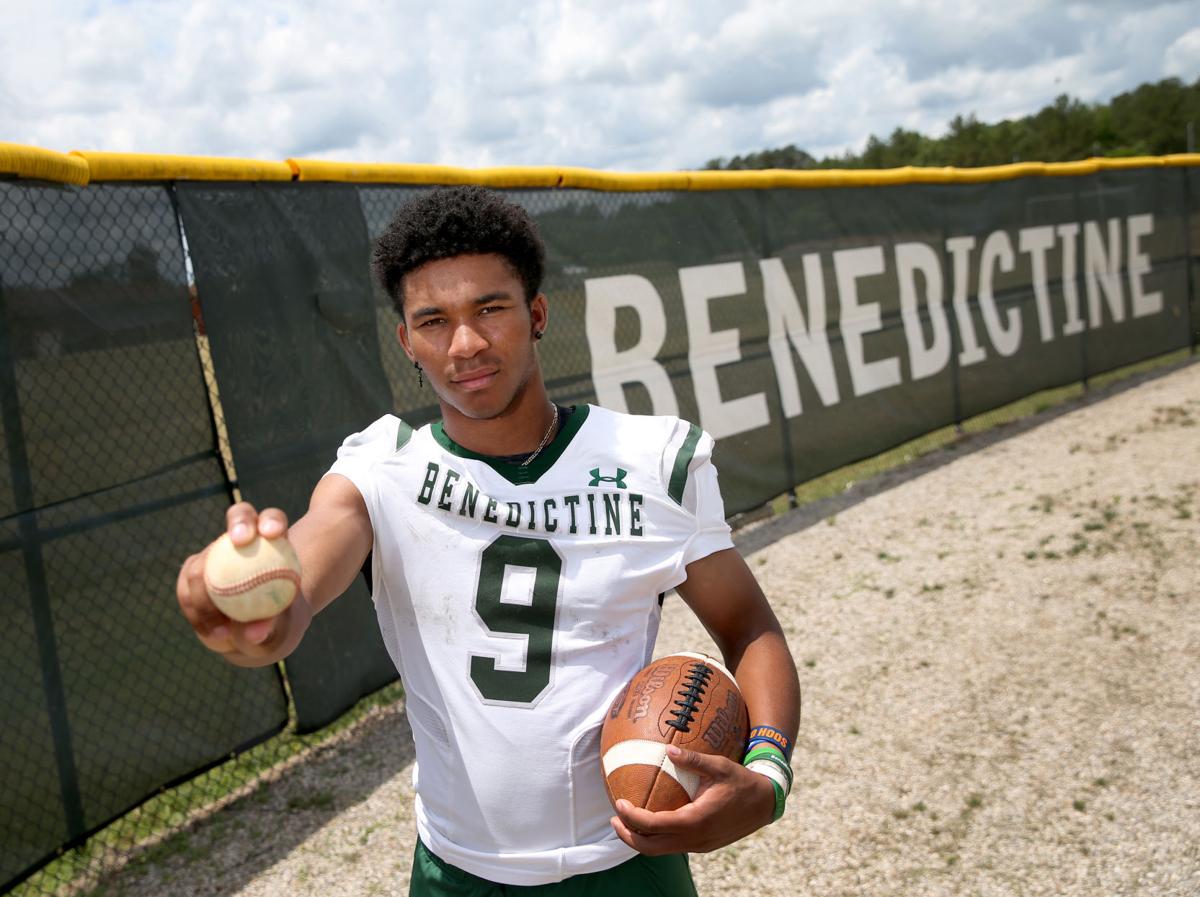 “Do I want to play baseball every day, 24 hours for the rest of my life, or do I want to live a social life, go to college and play football and baseball? That’s going to be a big choice.”

Benedictine baseball and football star Jay Woolfolk, who committed to UVA but has made himself available in this week’s MLB draft 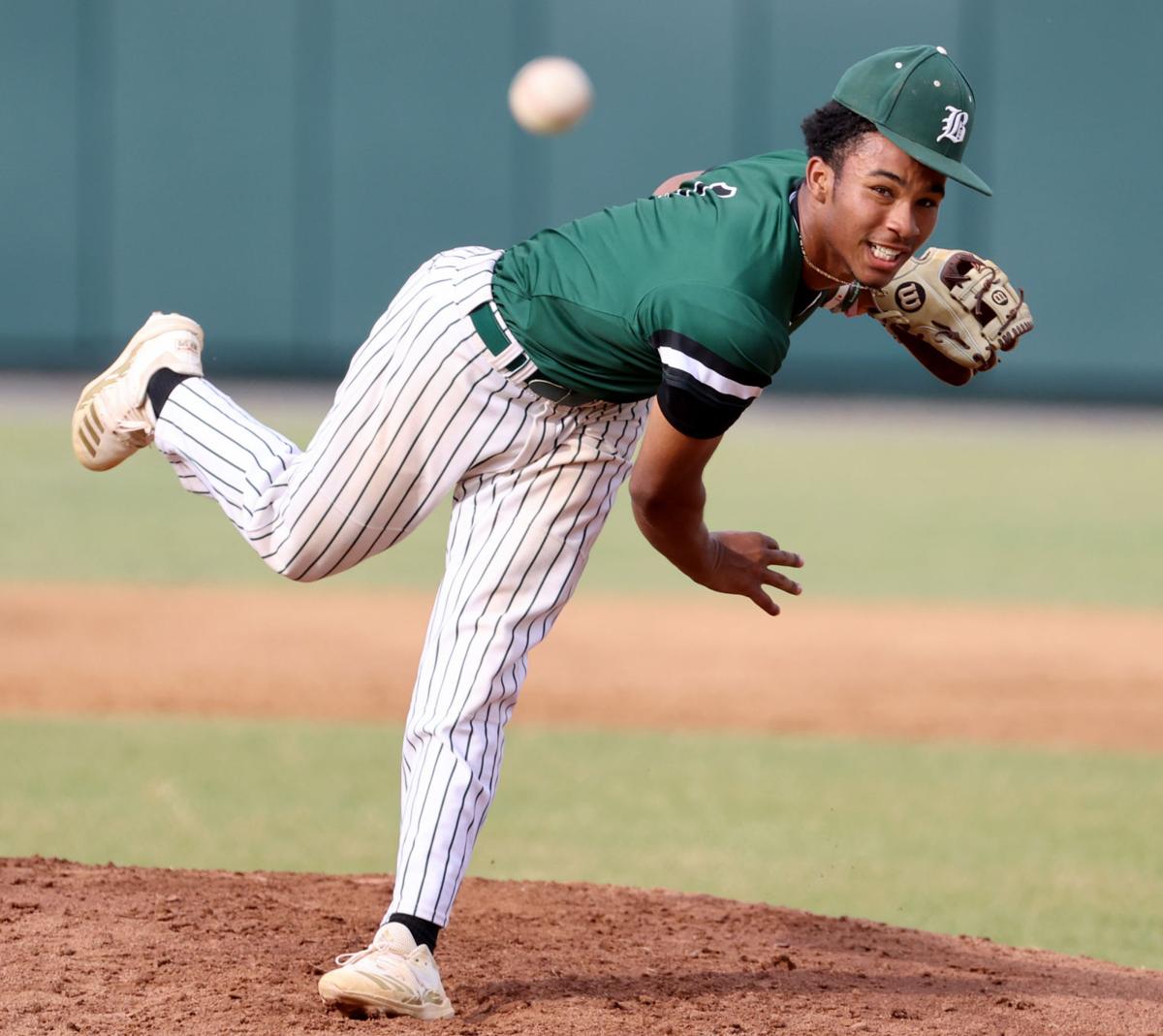 Jay Woolfolk led the Benedictine baseball team to a VISAA state championship this spring. In 2019, he did the same for the Cadets’ football program. 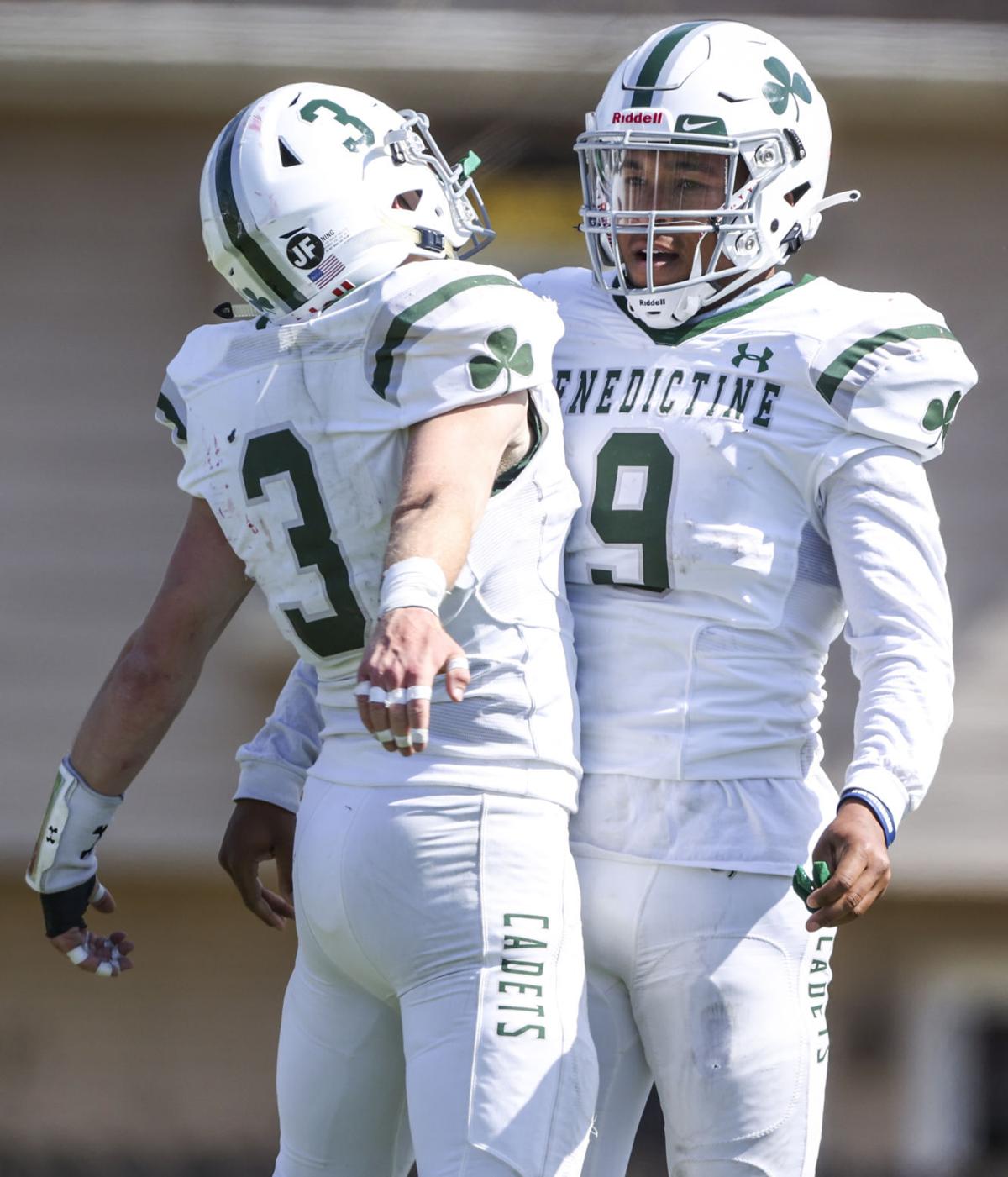 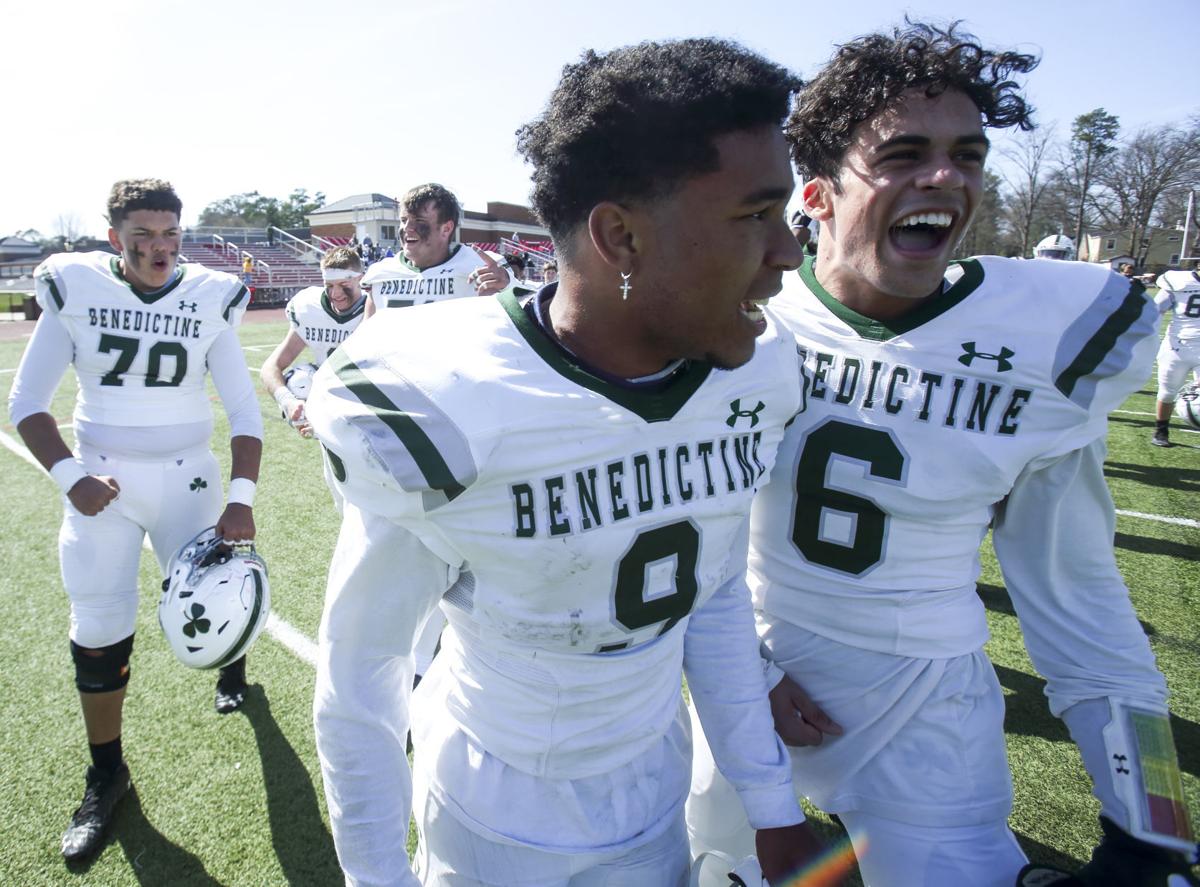 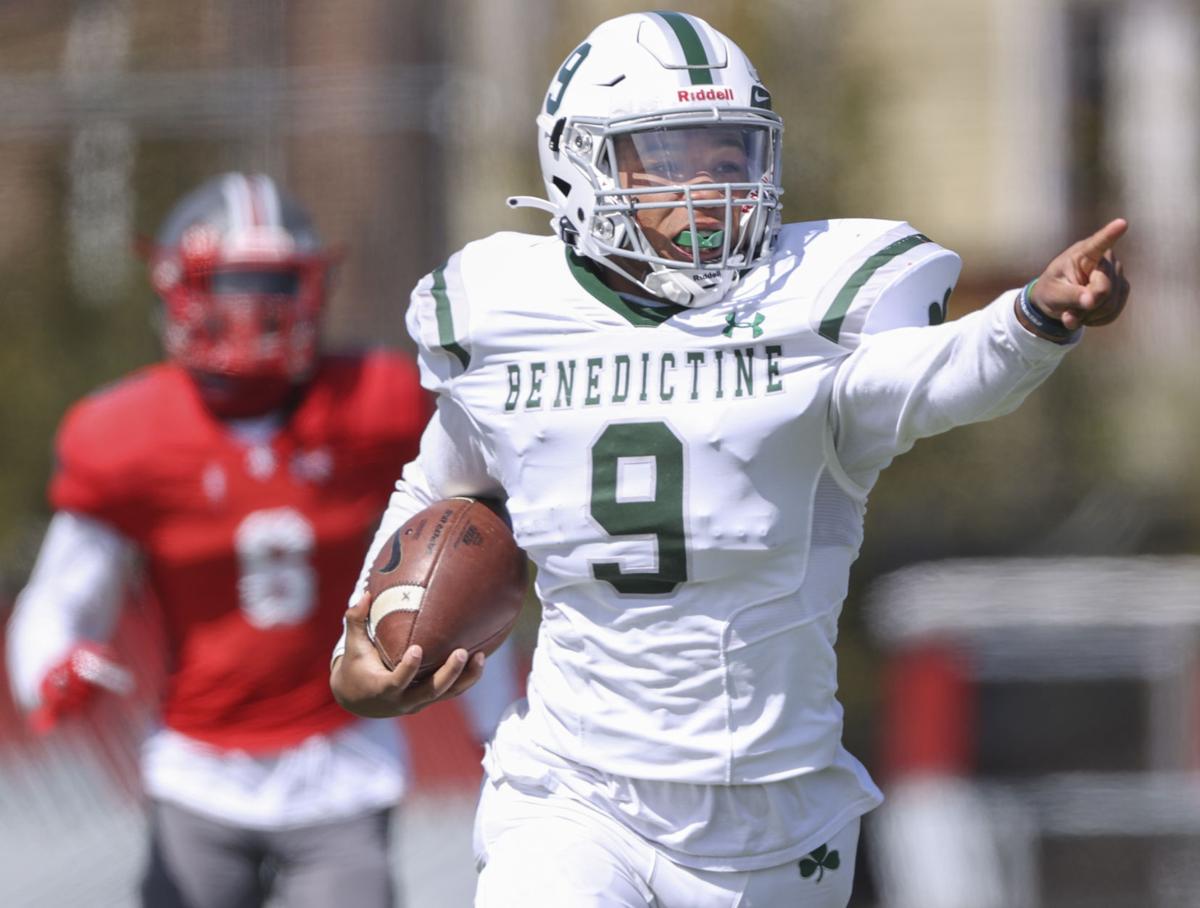 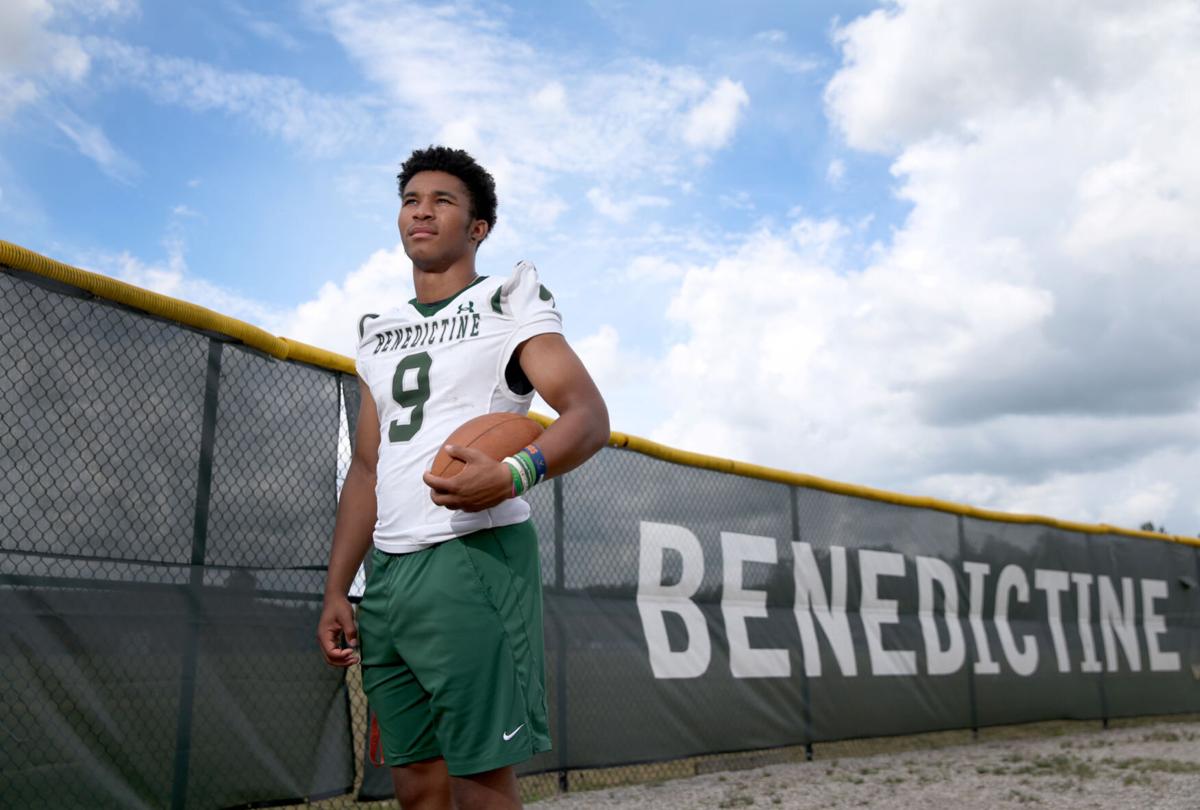 Benedictine star football and baseball player Jay Woolfolk, who is committed to the University of Virginia, is set to test the Major League Baseball draft waters.

Woolfolk, a quarterback and defensive back, led the Cadets’ football team to a VISAA state title in 2019 and 4-0 record this past spring. He also helped the Benedictine baseball team capture a VISAA state title this spring as a pitcher and power-hitting outfielder. Woolfolk was the Gatorade state baseball player of the year for 2019-20, and co-VISAA player of the year for baseball in 2021, along with St. Christopher’s Griff O’Ferrall, another future Cavalier.

The MLB draft is set for Sunday through Tuesday. Per MLB regulations, high school players who have not yet attended college or junior college are eligible for the draft. College players become eligible after the completion of their junior year or if the student is at least 21 years old. So Woolfolk can’t begin his official time in Charlottesville until after the draft.

He plans to play both football and baseball at UVA but wants to kick the tires on an immediate MLB future first.

“Sometimes you’ve just got to leave the pathway up to God, honestly,” Woolfolk said of the decision.

“I can’t thank God and my family enough for being in this situation. I don’t really have a bad situation — one doesn’t work out, I just go to the other. So I don’t really know where I’m at with it.”

Woolfolk said he doesn’t feel pressure to choose football or baseball. Parents and coaches have supported his desire to play both throughout his life, and he looks at the decision as a win-win scenario.

“When the day comes, I’ll have to chose one,” he said.

“Do I want to play baseball every day, 24 hours for the rest of my life, or do I want to live a social life, go to college and play football and baseball? That’s going to be a big choice. The pathway, whatever’s the decision, I don’t think it’s the wrong one.”

Virginia reached out to Woolfolk very early on in the recruiting process, he said. A humanistic approach by the Cavaliers endeared him to the university from a young age. UVA recruiters have asked Woolfolk about his academic life and family on a regular basis.

“The biggest part is when they text me about my family,” he said.

“I was like ‘They actually care, they want me for me and not just what I can do for the program. They want me to come there and be a better man.’ That’s the biggest thing about why I chose UVA.”

Woolfolk sees a bit of himself in current NFL quarterbacks Kyler Murray and Russell Wilson (Collegiate), both of whom excelled on the diamond and entertained a career in baseball before achieving NFL stardom.

He watches and studies their games, comparing his own path to theirs. But at the same time, he wants to maintain his individualism while staying humble and grounded.

“I’m the type of person, I don’t really like being compared. I like to be Jay,” he said matter-of-factly.

Woolfolk had eight interceptions in four games at defensive back for the Cadets this season. He started for Benedictine in the secondary and loves to dish out hits on the defensive side.

Though his “mind is set” on playing quarterback, he’s happy to play whatever role UVA coaches ask him to.

On the diamond, Perfect Game USA, the world’s largest baseball scouting service, came away with this evaluation of Woolfolk after the 2019 Junior National Showcase:

“Excellent athletic build with plenty of quick-twitch muscle present. Primary right-handed pitcher with a long-arm action and extended three-quarters arm slot. Full-arm path and works from an open stretch. Lightning-quick arm that allows the arm to be on time with fastballs. Topped at 93 mph and held 90-92 mph throughout the delivery. Quick hips and lower half through release. Split changeup was shown, but the slider is dynamic. Slider flashed plus when on time and tunneled correctly. Garnered lots of empty swings, and the slider is a legitimate out pitch. Right-handed hitter with a flat barrel path and wide base. Very good bat speed and can launch the ball to the pull side. Obvious strength in the swing with some backspin and carry.”

Whatever his decision, the most important aspect of the process, for Woolfolk, is to stay humble throughout.

“What I really want people to know is I’m a very humble human being. I don’t like bragging about myself, bragging about entering the MLB draft, that I’m going to college to play quarterback,” he said, looking around wistfully at the Benedictine campus as he prepared to graduate the next day.

“I like to keep everything to myself. We won the state championship for baseball, the next day I was like ‘OK cool, let’s move on in life, I’ve still got to get ready and work hard for the next chapter.’ I hate bragging. To me, it’s not a good look on your character at all. So that’s the biggest thing I want people to know, that being humble is the best look on your character.”

“Do I want to play baseball every day, 24 hours for the rest of my life, or do I want to live a social life, go to college and play football and baseball? That’s going to be a big choice.”

Benedictine baseball and football star Jay Woolfolk, who committed to UVA but has made himself available in this week’s MLB draft

Jay Woolfolk led the Benedictine baseball team to a VISAA state championship this spring. In 2019, he did the same for the Cadets’ football program. 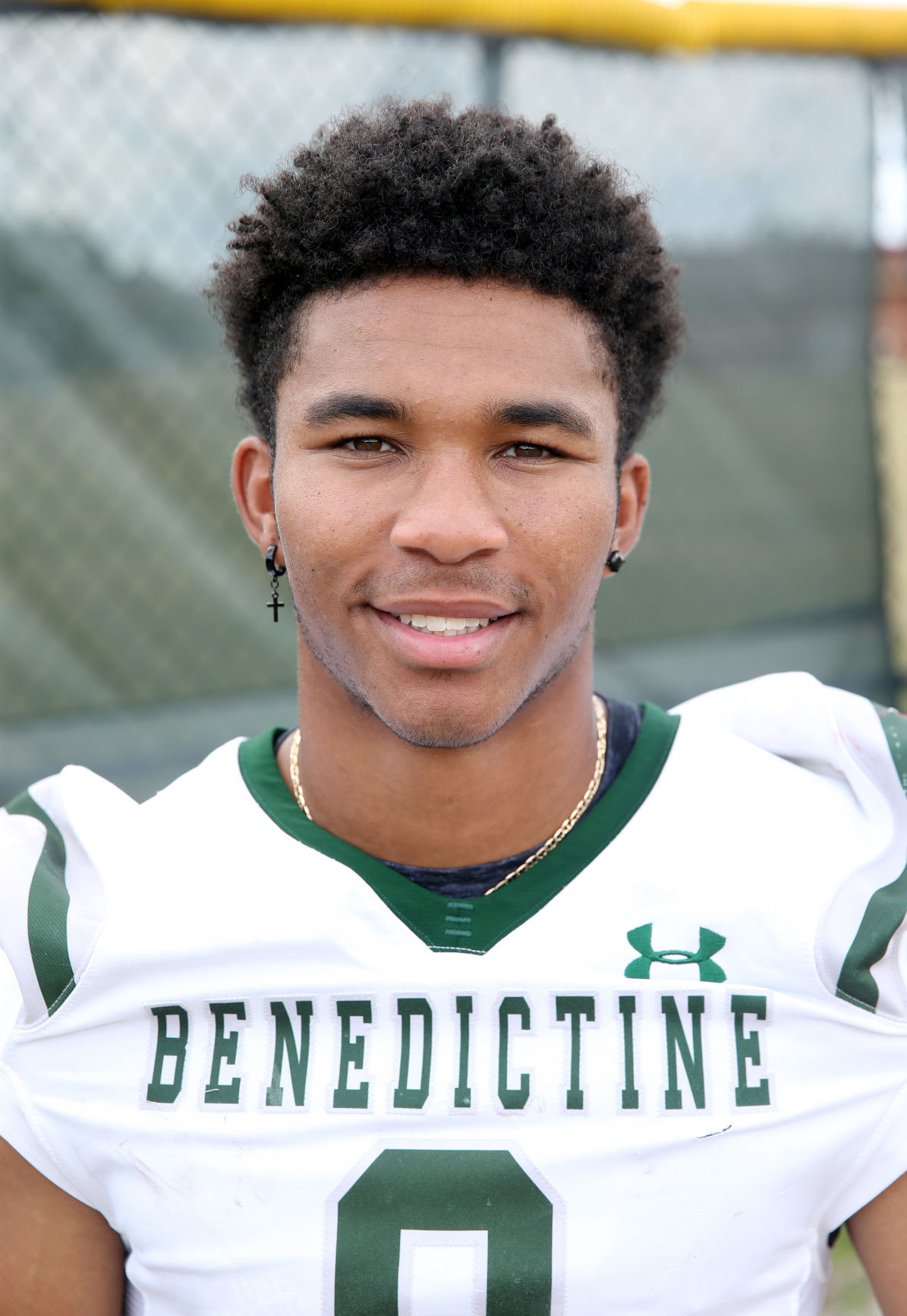