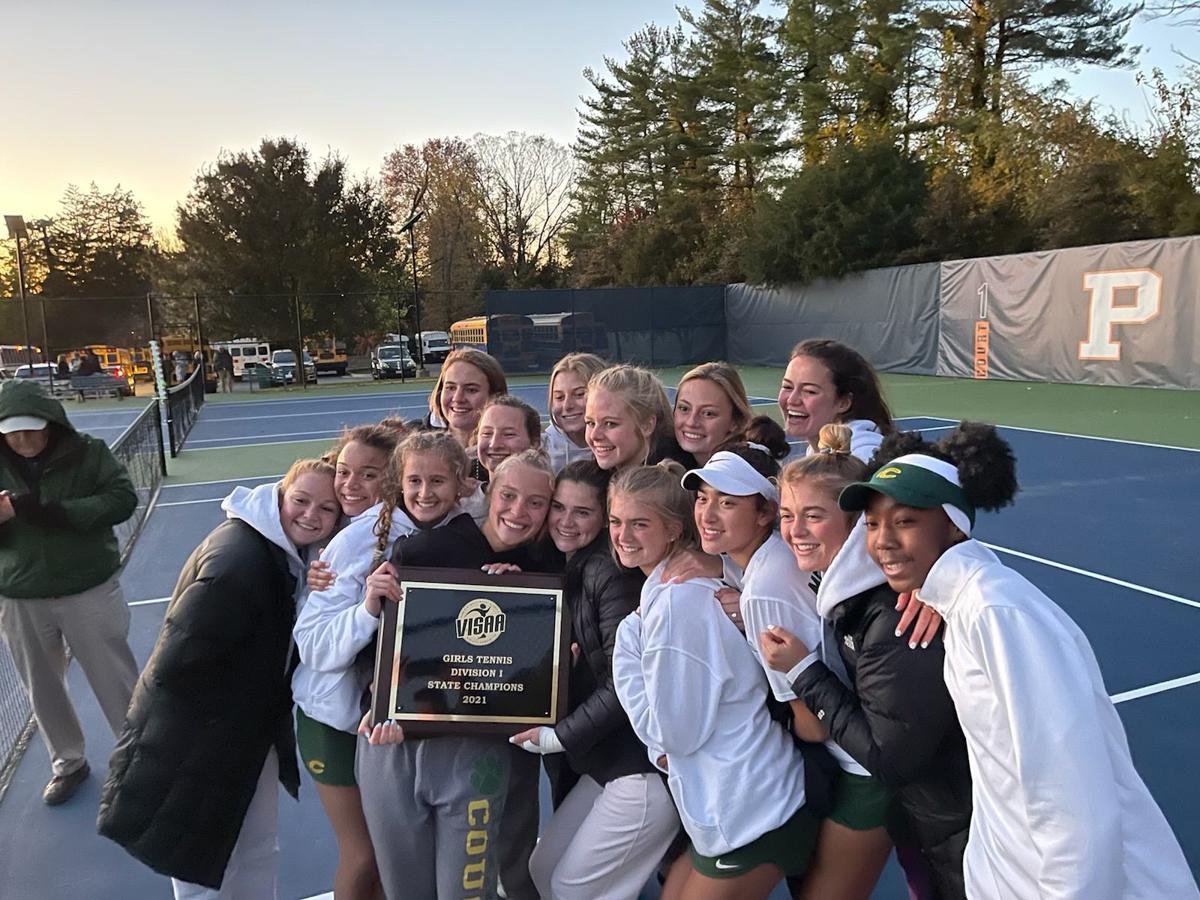 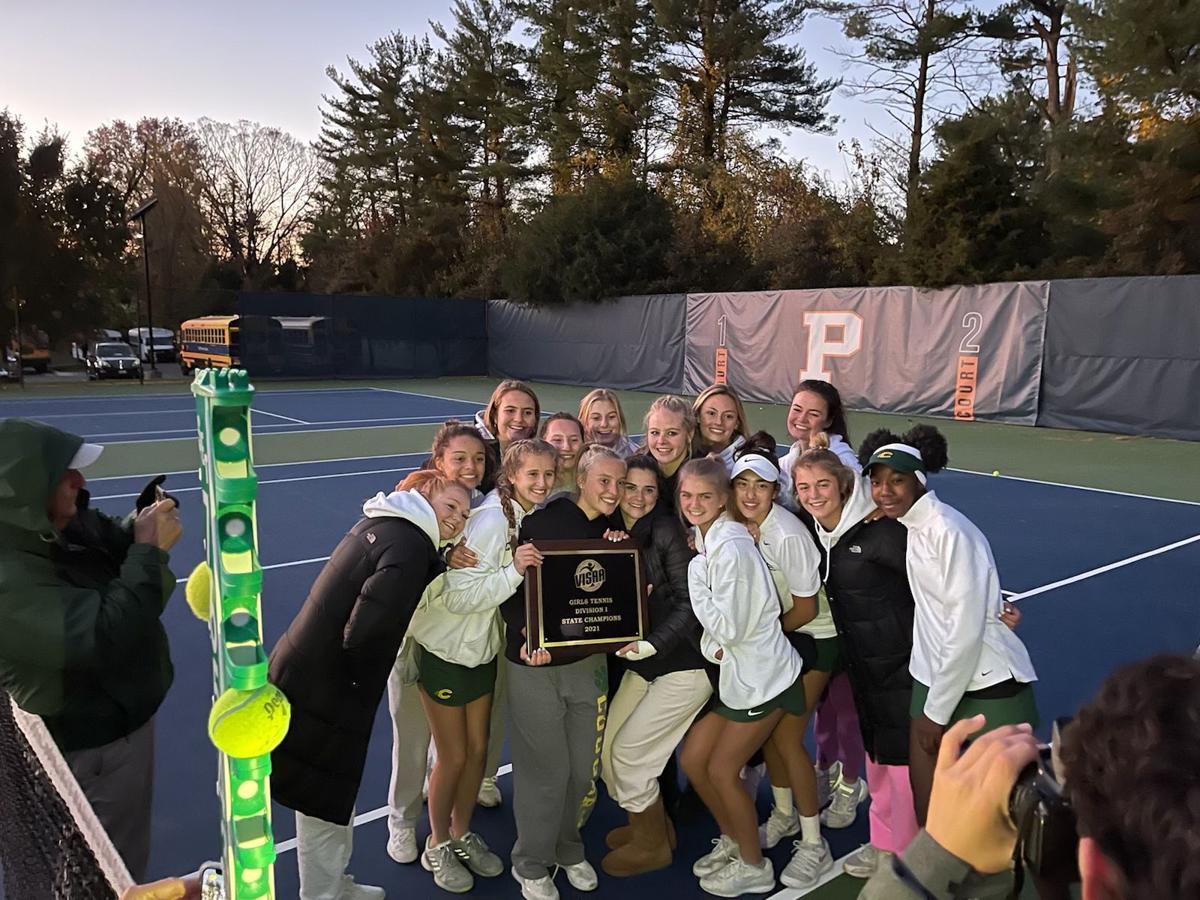 Heart, hustle and fight — that’s been the mantra for LIS girls tennis champion Collegiate this season.

And the Cougars (19-2) used that gritty approach to collect another title Saturday, beating host Potomac 5-4 in the VISAA championship to claim the state’s independent school crown.

“To fight for every point, hustle out there, and they definitely had the heart, they never gave up,” said Collegiate coach Allyson Brand. “A lot of our girls, throughout the season but definitely this last week, they did what they had to do. ... What I’ve told the girls is it’s more those days where you may not have your A-game, those are the days where those wins count the most and can be more rewarding.”

Collegiate’s Elizabeth Mendoza won the No. 1 singles match 11-9 in dramatic fashion to set the tone. But the Panthers, who beat the Cougars 5-4 earlier in the season, took the Nos. 2-4 singles matches to build a lead and put the pressure on Collegiate.

Claiborne Dillard and Malone Morchower won the Nos. 5 and 6 singles matches 10-2 and 10-5, respectively, to even things up heading into the doubles matches and set the table for a nail-biting conclusion.

A rain delay added to the tension, pushing doubles competition back to 4:15 p.m. and modifying the format to one regular set as the teams raced to finish before the sun dipped below the horizon.

The team of Emma Eldridge and Jordan Gross dominated the No. 3 doubles match 6-0, but Potomac won the second doubles match 6-1. So it all came down to the No. 1 doubles pairings with a state championship up for grabs.

Mendoza and partner Rita Taylor, an eighth-grader, rose to the occasion, edging the No. 1 doubles match 7-5 to bring the championship trophy back home to Richmond.

Mendoza and Taylor were down 4-5 and fought off several match points before battling back.

“It was huge, it was a whole bunch of emotions,” Brand said, adding that the match didn’t finish until 5:20 as the sun set in earnest. “The excitement for everybody, it was incredible, they all fought hard.”