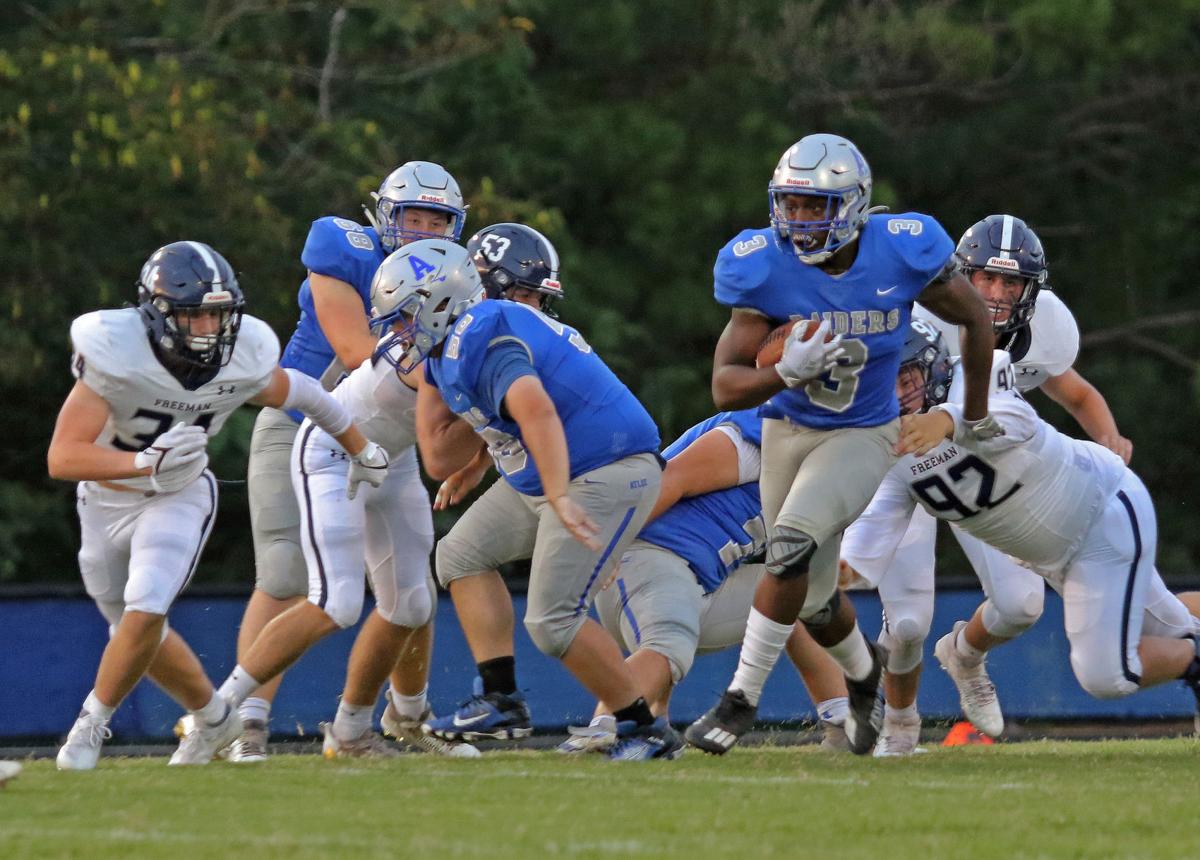 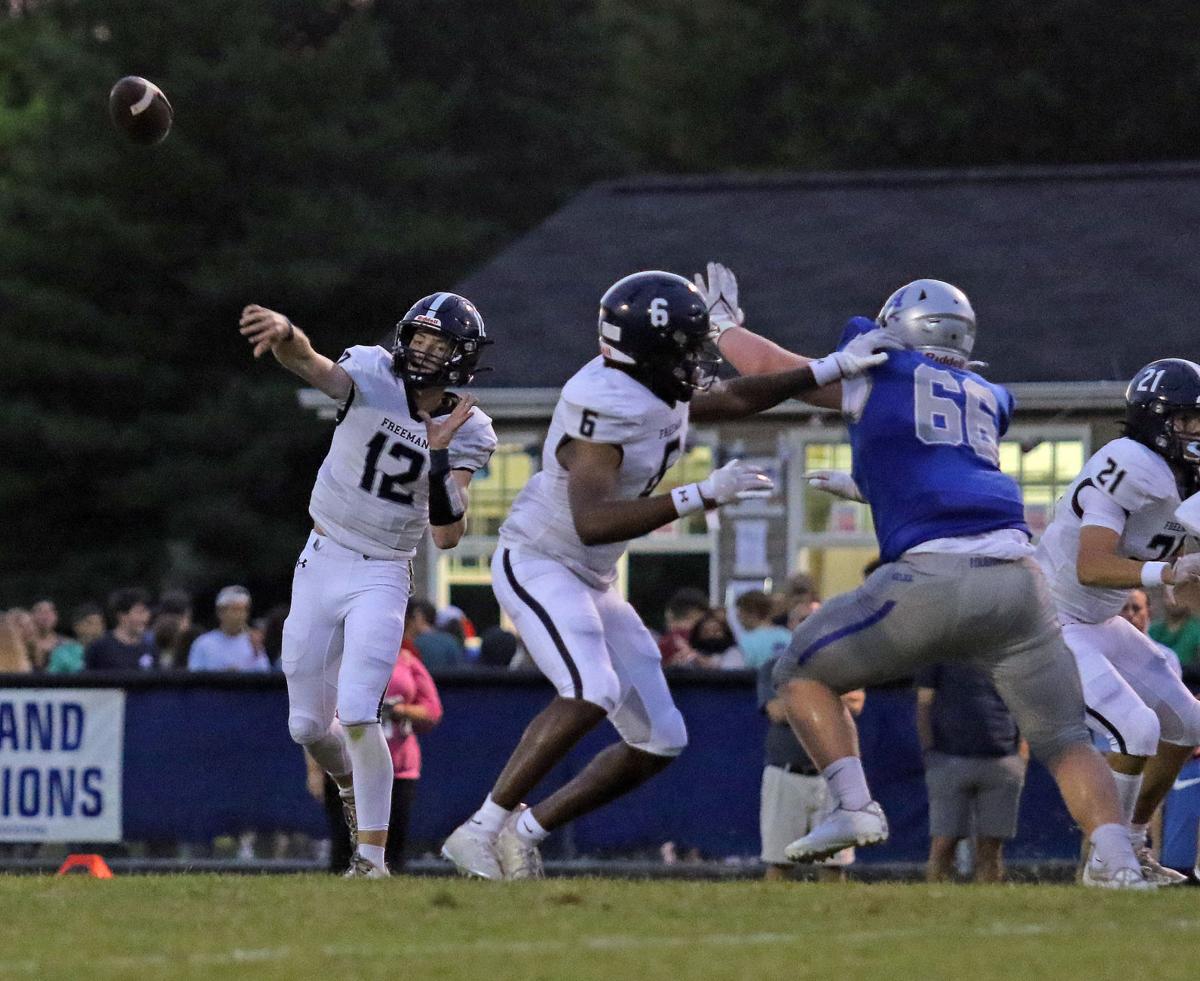 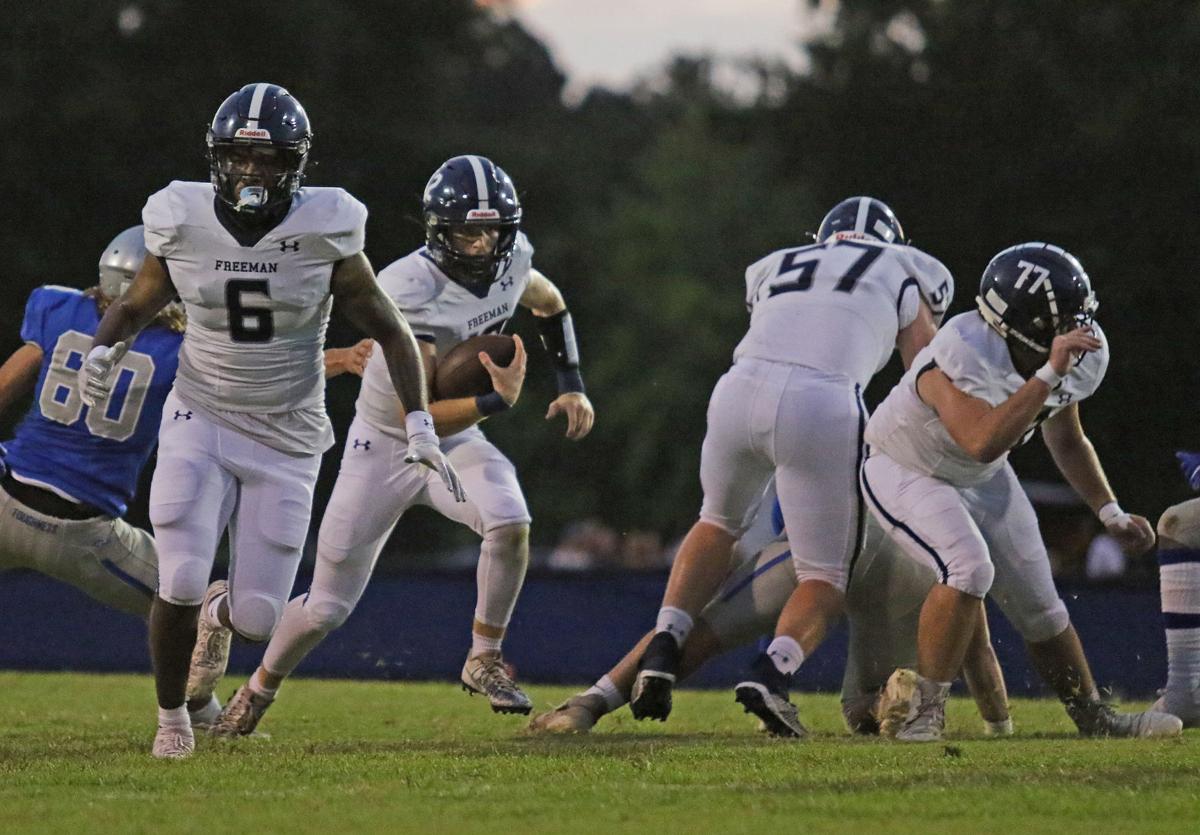 The start of Atlee’s Friday night game went in a familiar fashion for anyone who has gone up against Douglas Freeman this season. Bradley Perkins made an immediate impact, scoring with a 28-yard dash into the Raiders end zone on the opening drive.

But, as the night went on, Perkins’ work as a safety and his defensive mates stood out even more, as the Mavericks shut down Atlee’s passing game and edged out its main man on the ground, Caleb Warren.

“Our defense has been lights out thus far,” Mavericks coach George Bland said. “We’re going to continue facing challenges, but our defensive staff, defensive players, they swarm the ball and just did a fantastic job against a great running back and a great offensive team.”

While the defense shut out the Raiders through the first half, the offensive line — Ian Donnellan, Eddie Allen, Alex Brann, Seth Holtz and Kyle Schleicher — created holes for Mavericks quarterback Owen Fallen.

It gave Douglas Freeman a 140-yard advantage in total yardage and a 35-point lead by the third quarter.

Allen, a senior two-way lineman and one of limited returning starters, said he has a lot of belief in his fellow linemen.

“Our unit is great. We’ve got little freshmen, sophomores stepping up … Our team’s young but we’re fast and physical,” Allen said. “We can just make plays. We’re game-changers.”

Fallen made the most of the opportunities in front of him, throwing for 251 yards and three TDs. He ran for a score in the third quarter after an interception by Perkins set up the Mavericks for a quick return to the end zone.

While the team has had success through the first portion of its season, Bland said the game was Douglas Freeman’s most well-rounded so far.

“We came out and we finally played all three phases at the same time, and it makes us pretty hard to beat when we do that,” Bland said.

Atlee spoiled the visitors’ shutout on the first drive of the fourth quarter with a handful of hard runs from senior Tyler Garr. Warren led the home team with 111 yards on 20 carries.

Ty Bowman finished the scoring with a 26-yard field goal for Douglas Freeman.

The Raiders will look to reset against No. 8 Patrick Henry next Friday, while the Mavericks move on to face rival Mills Godwin, which has yet to win a game this season.

Freeman isn’t worried about the pressure of staying undefeated.

“I’m not even thinking about the pressure, it just feels great,” Allen said. “I know we’ve got a target on our back, but we can handle it. We’ve got the guys to make a run this year.”