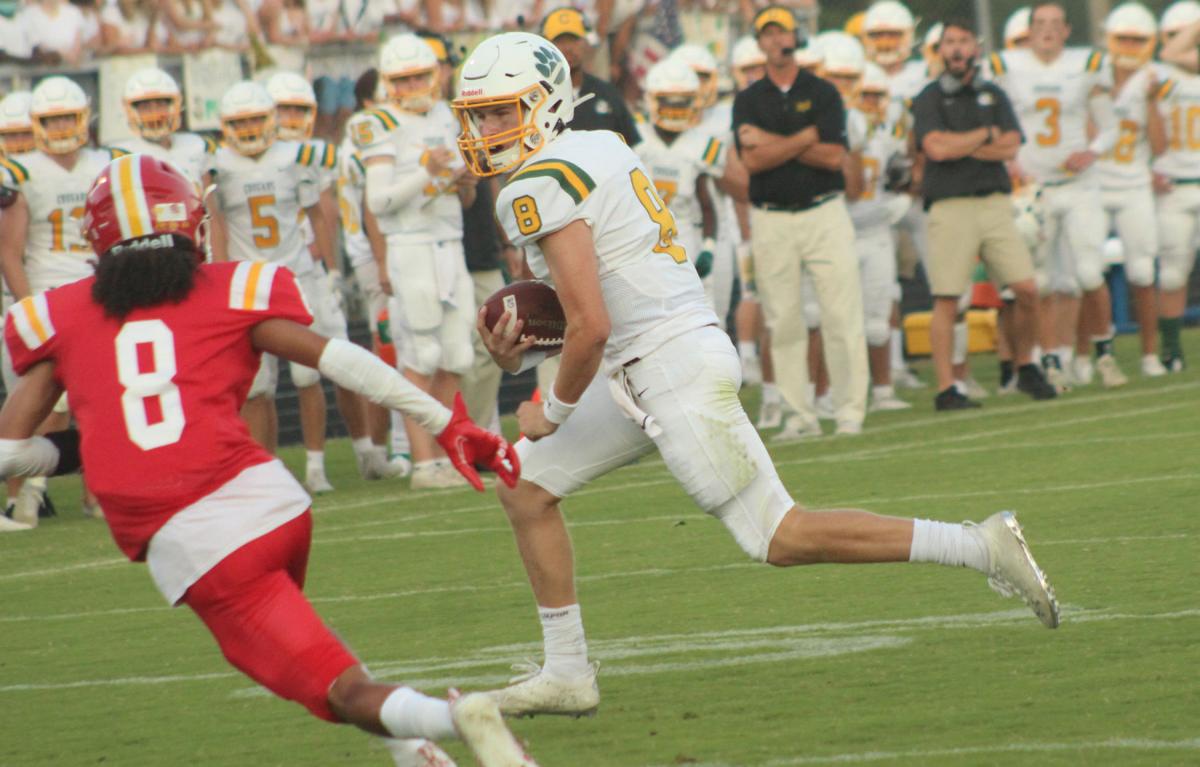 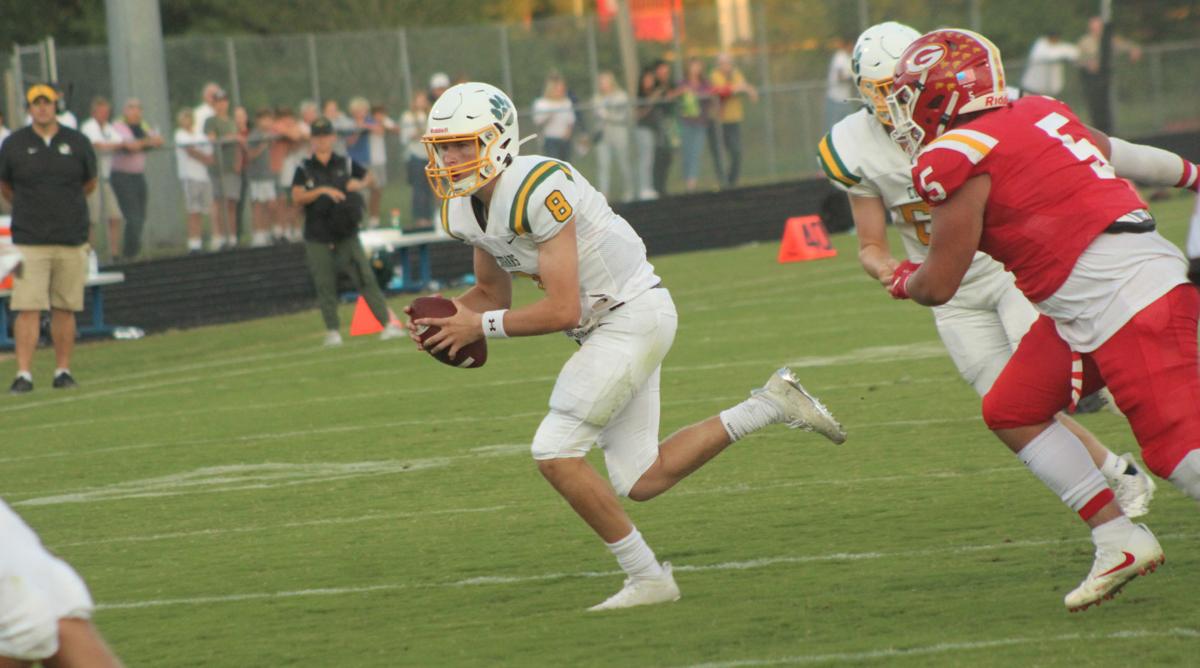 For the first time in nearly two years, Owen Fallon was back underneath the Friday night lights.

Collegiate’s senior quarterback came in as the offense’s only returner from the 2019 season. Before the team’s preseason scrimmage at Powhatan, 43 of the 50 players had never taken a snap of varsity football.

“We knew it was going to be a big one, not playing for two years,” Fallon said.

“I was super amped to get after it today, and I’ve worked really hard for two years, and it felt so good to get back out there,” he added.

Behind lockdown defense and Fallon’s versatility and leadership of their talented skills players on offense, the Cougars embraced their return to regular-season football action with a 21-0 shutout of host Goochland.

“I’m honestly just really proud of this team and what they’ve done,” said Collegiate coach Mark Palyo, “and what they have gone through without playing to get to this point.”

Palyo praised his players’ attitudes and the hard work they put in during preparation — they practiced without gear throughout all of last fall, he said — and he pointed to the seniors’ leadership.

“They are the driving force behind this team,” Palyo said.

“It meant the absolute world to win tonight,” said Fallon, who completed 13 of 16 passes for 257 yards, 2 touchdown and no interceptions and also ran for 14 yards and another touchdown. “Just to be out here with all my family and everything, it meant the world.”

While the Bulldogs ramped up their defense during the middle portions of the game, Fallon’s chemistry with his receivers, plus his ability to scramble out of the pocket and rip off sizable runs, made the Cougars’ offense hard to pin down. Not only did Fallon run and pass well, but his athleticism opened up opportunities for Donovan Williams to muscle the ball forward in the ground game. Williams carried the ball 24 times for 68 yards.

After a snap flew over Fallon’s head and pinned the Cougars on their 2-yard line in their opening drive, the senior captain’s answer on the next play was a pass that he zipped to Booker, who broke loose and barreled down the sideline before he was tackled at Goochland’s 8, completing a 90-yard catch-and-run.

“When you get knocked down, you’ve got to get back up,” Fallon said in reference to what he’s worked to improve. “I’ve done that through mental training, mindfulness, different things like that, just to realize you can’t let the last play affect the next one.”

Fallon concluded Collegiate’s four-play, 98-yard scoring drive when he swept around the right edge on the QB keeper for a 5-yard touchdown, putting the Cougars on the scoreboard.

Five minutes later, he put the ball into the hands of senior receiver Jalen Pierce in the right corner of the end zone on an 18-yard strike.

After two scoreless middle quarters, Fallon epitomized his poise throughout the game when he fielded a high snap on third-and-9 from the Bulldogs’ 25 and rifled the ball forward to Christian Miller, who completed the trip to the end zone with 8:26 left in the fourth quarter.

“He’s worked hard to develop himself,” Palyo said, “and I think we saw his composure under a variety of situations today from snaps to immediate pressure to scrambling and running the ball and using his feet as well as his arm to make great plays.”

Both defensive fronts hounded the other team’s quarterback, with Collegiate totaling three sacks in the first half and Goochland piling up four. The Bulldogs’ De’Andre Robinson was in on three. Goochland coach Alex Fruth called defense “a plus” for his team on Friday night.

“We’re not sure what we are on offense yet,” Fruth said. “We have to kind of find what are identity is now, and that’s a work in progress, and [Collegiate’s] defense did a really good job making us have to kind of stop and reevaluate some things.”