Behind the backup QB, Benedictine defeats St. Christopher's
0 Comments
Share this
1 of 2 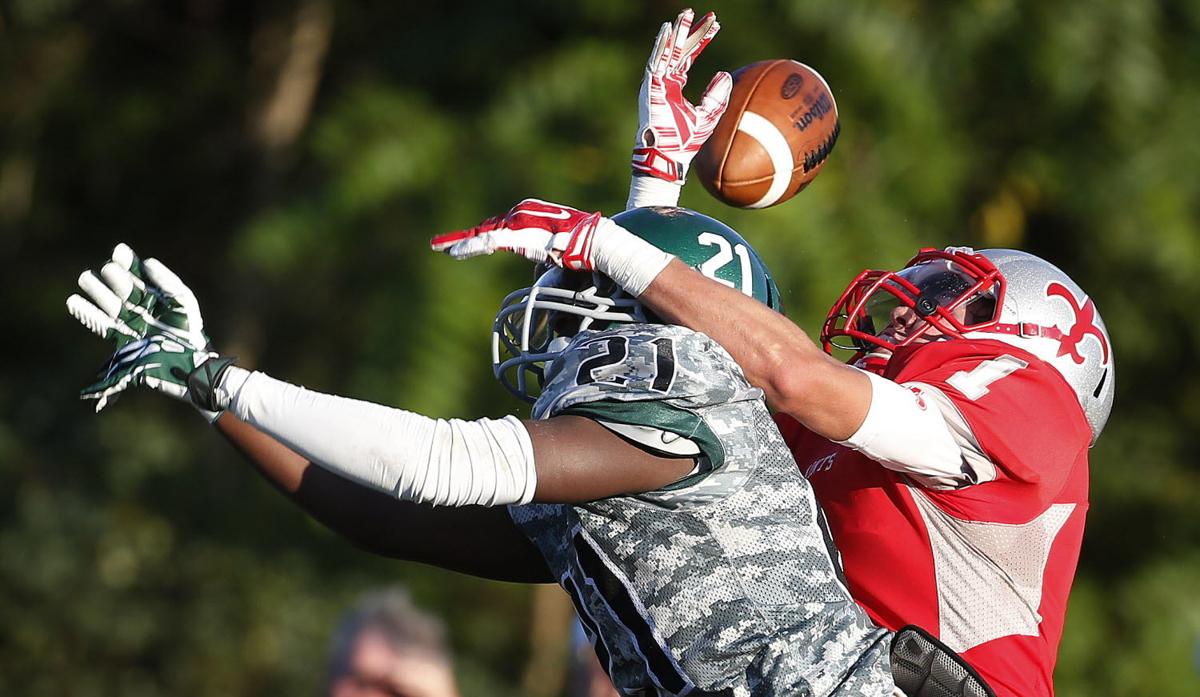 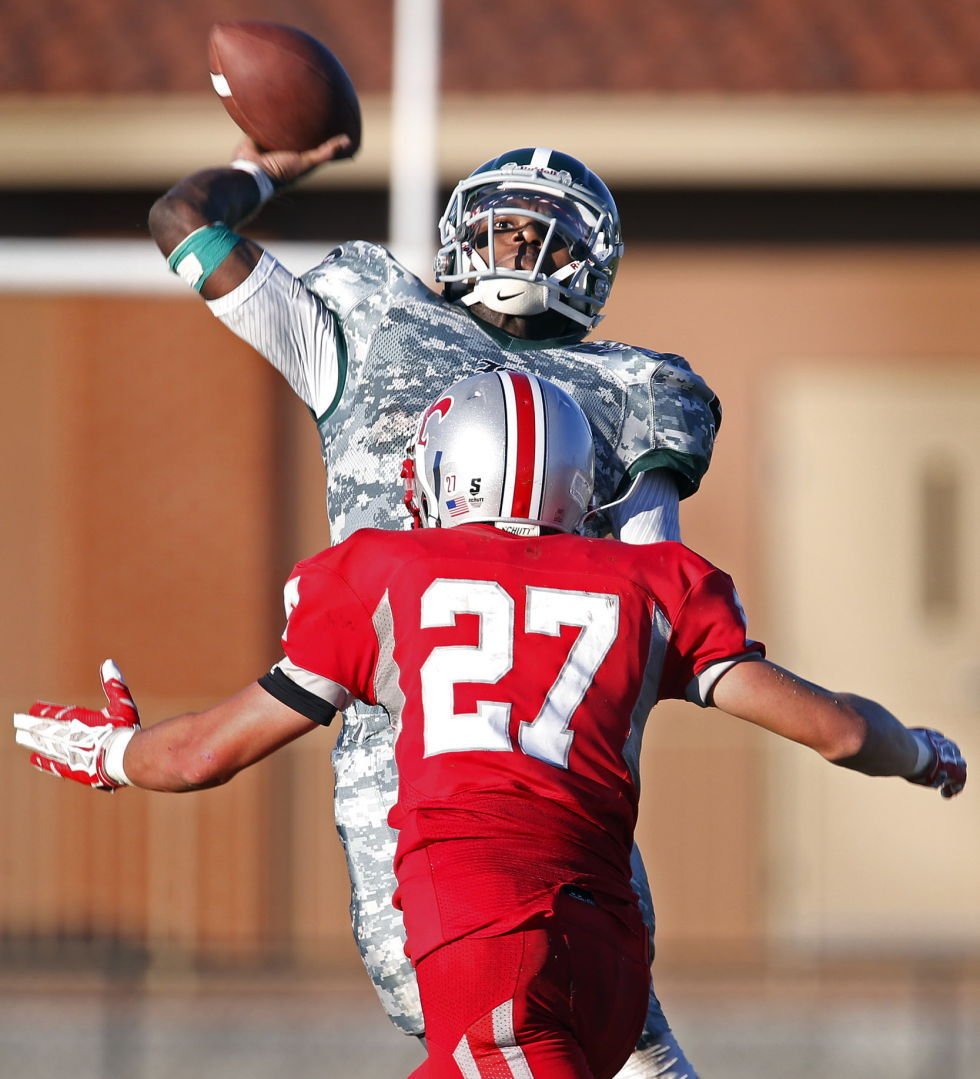 Benedictine starting quarterback Scott Bracey gets off a pass under pressure from St. Christopher’s Paul Thompson. Bracey later left the game because of cramps.

For the first half, Jake Waldrop stood on the sideline, waiting. Then in the third quarter, quarterback Scott Bracey endured an injury.

Benedictine coach Greg Lilly didn’t need to say a word. He looked straight at Waldrop, the backup QB, and pointed at him. Waldrop knew exactly what to do.

On his first pass of the game, Waldrop threw his first of two touchdowns. He also ran for a third and propelled the Cadets to a 23-17 victory over St. Christopher’s on Friday at Bobby Ross Stadium.

Benedictine, 4-1 and ranked No. 1 in the state in the Virginia Independent Schools Athletic Association, has four quarterbacks on the roster. And all have gotten playing time. Most prominent among them is Bracey, a junior who was first-team All-Metro last season. 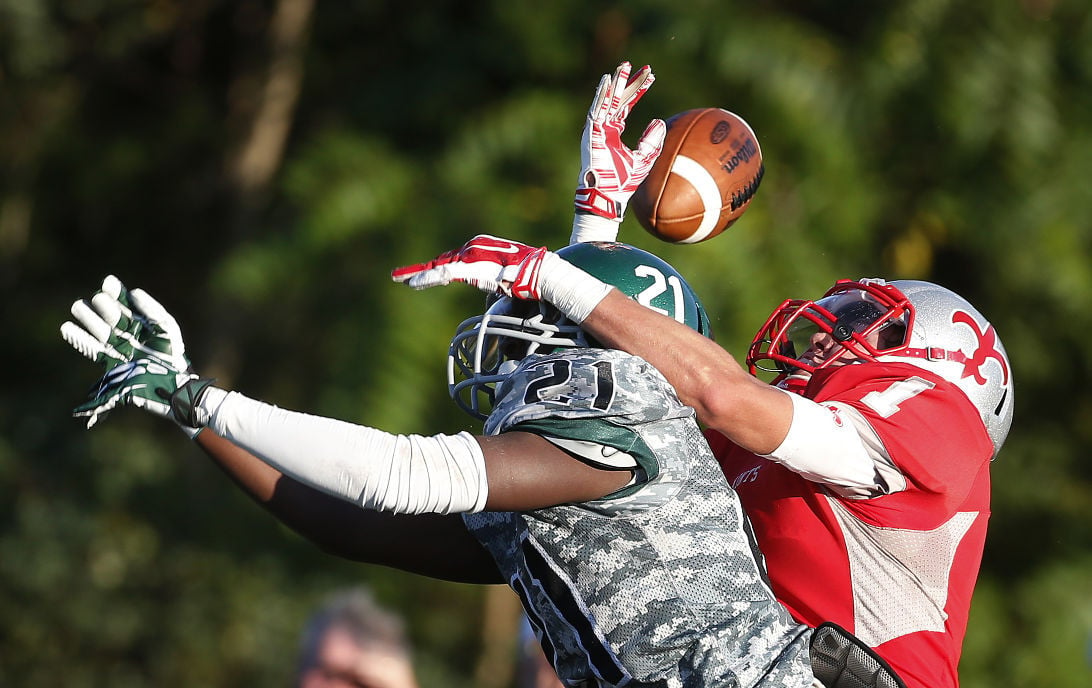 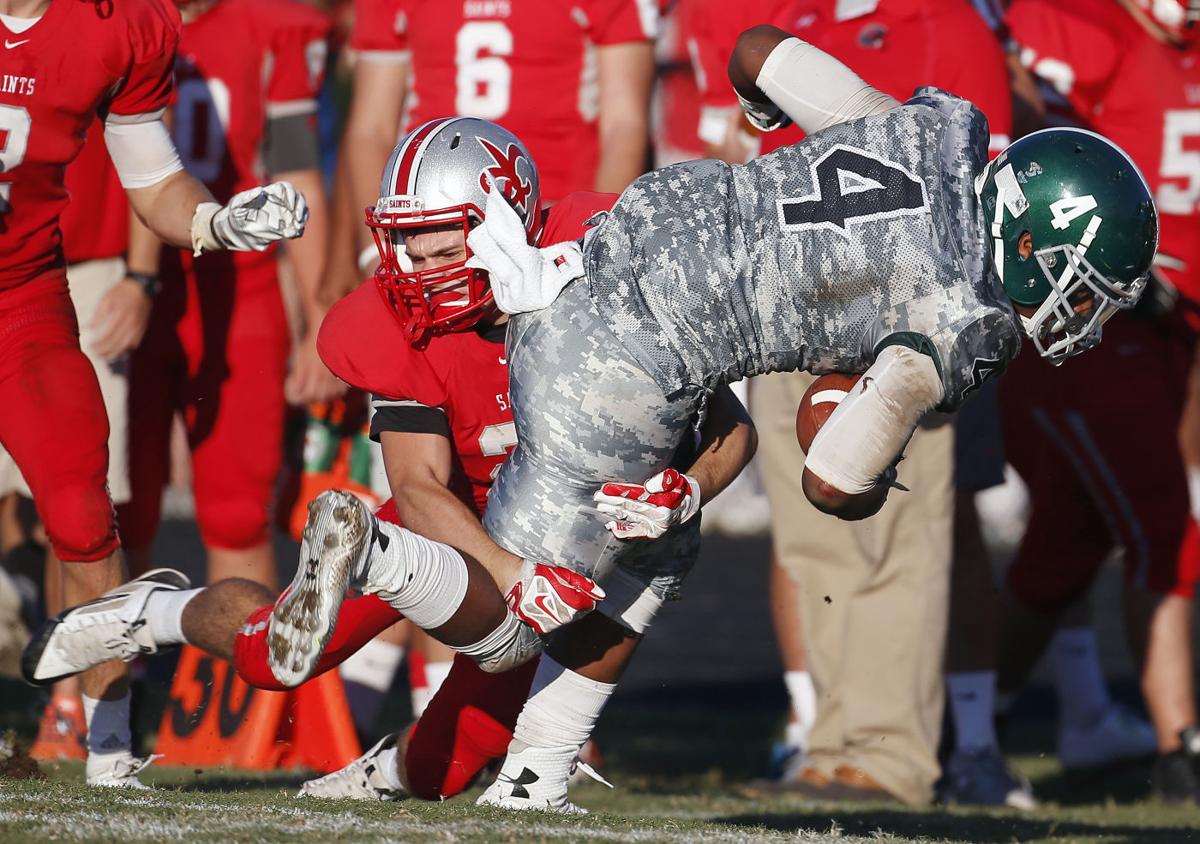 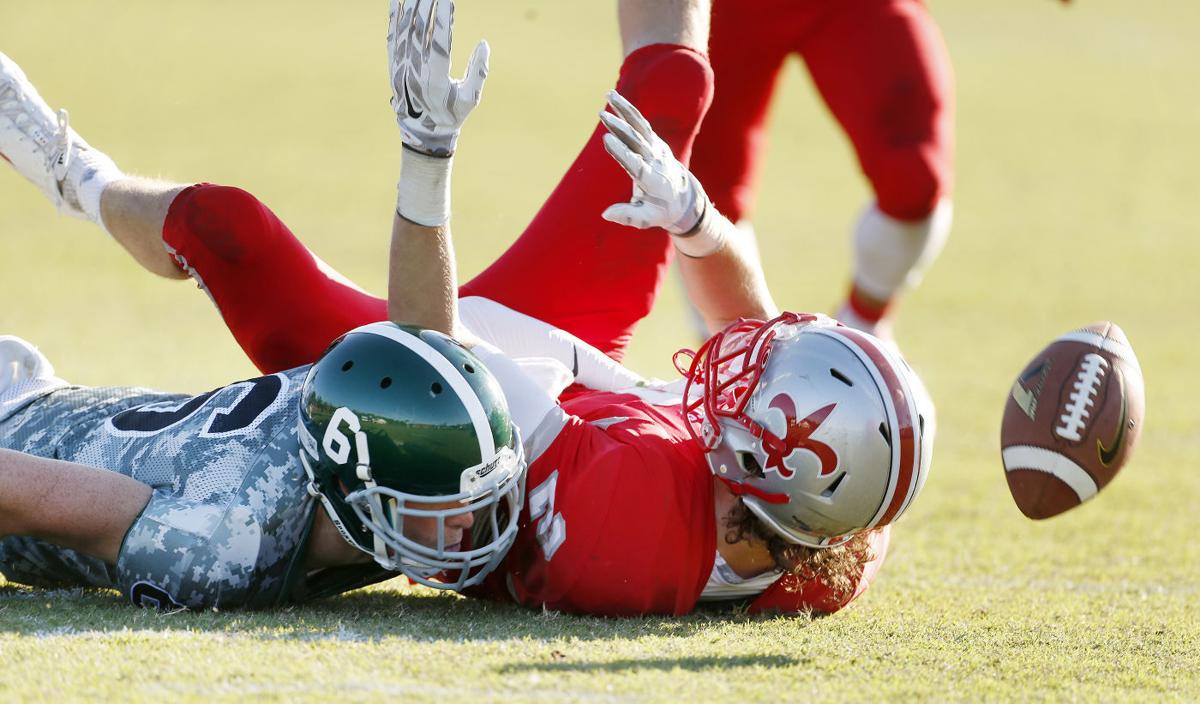 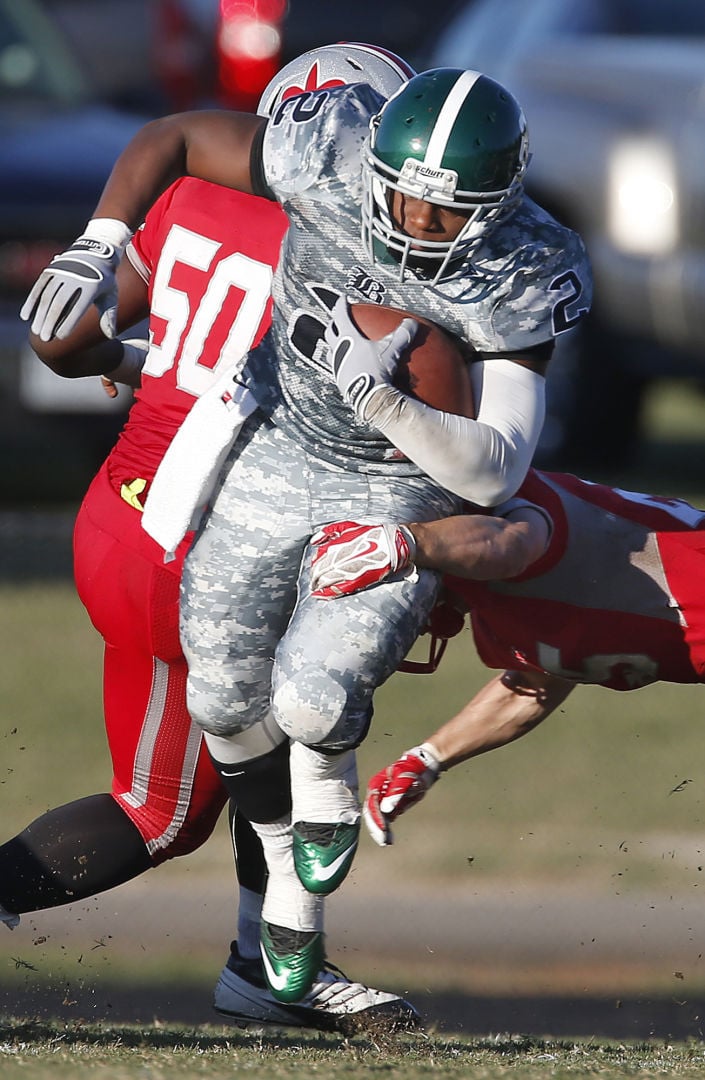 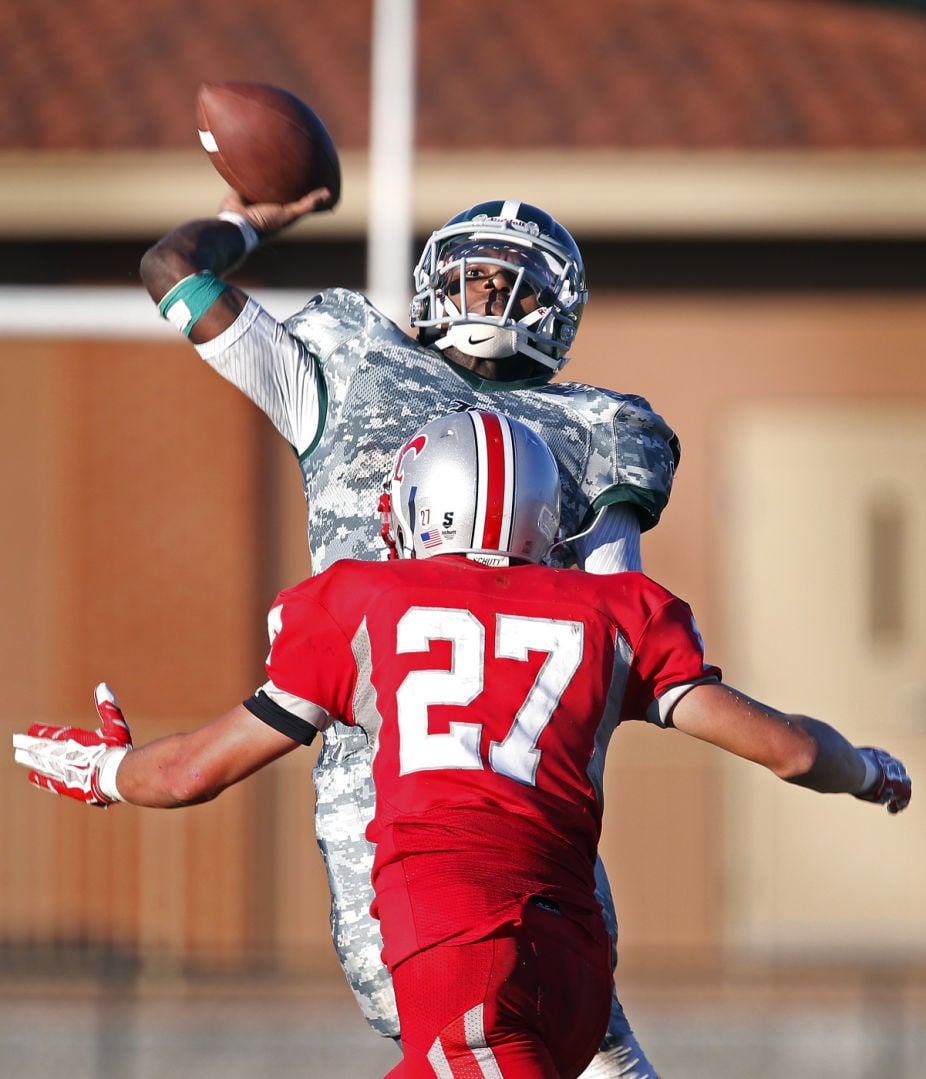 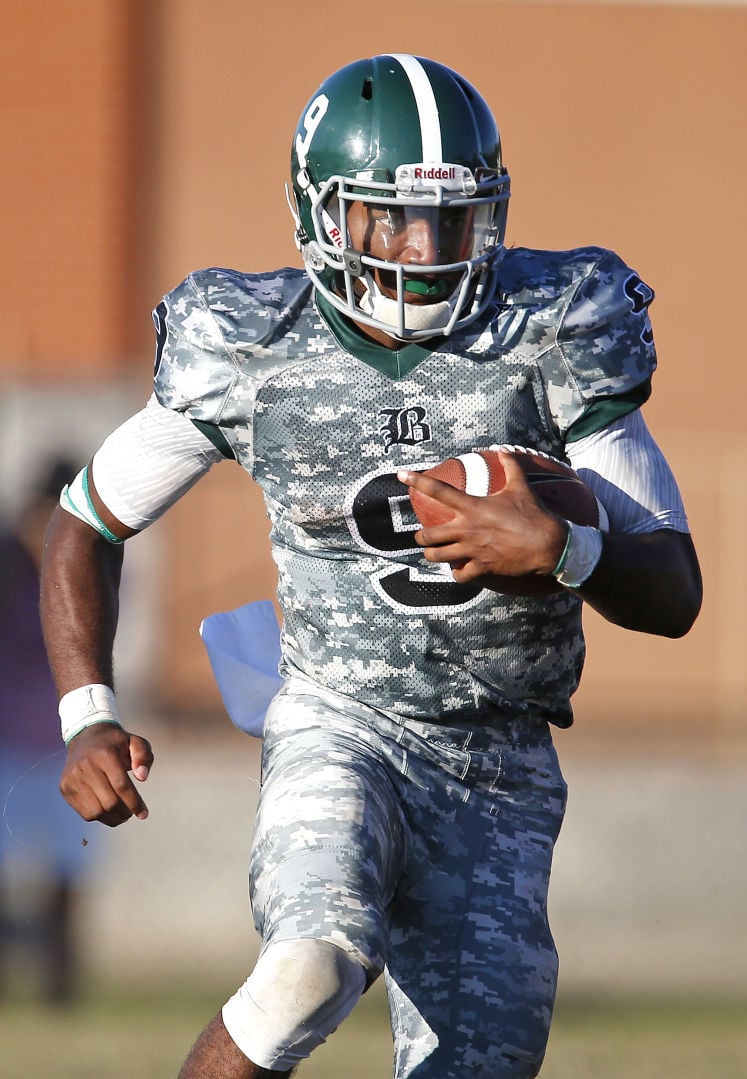 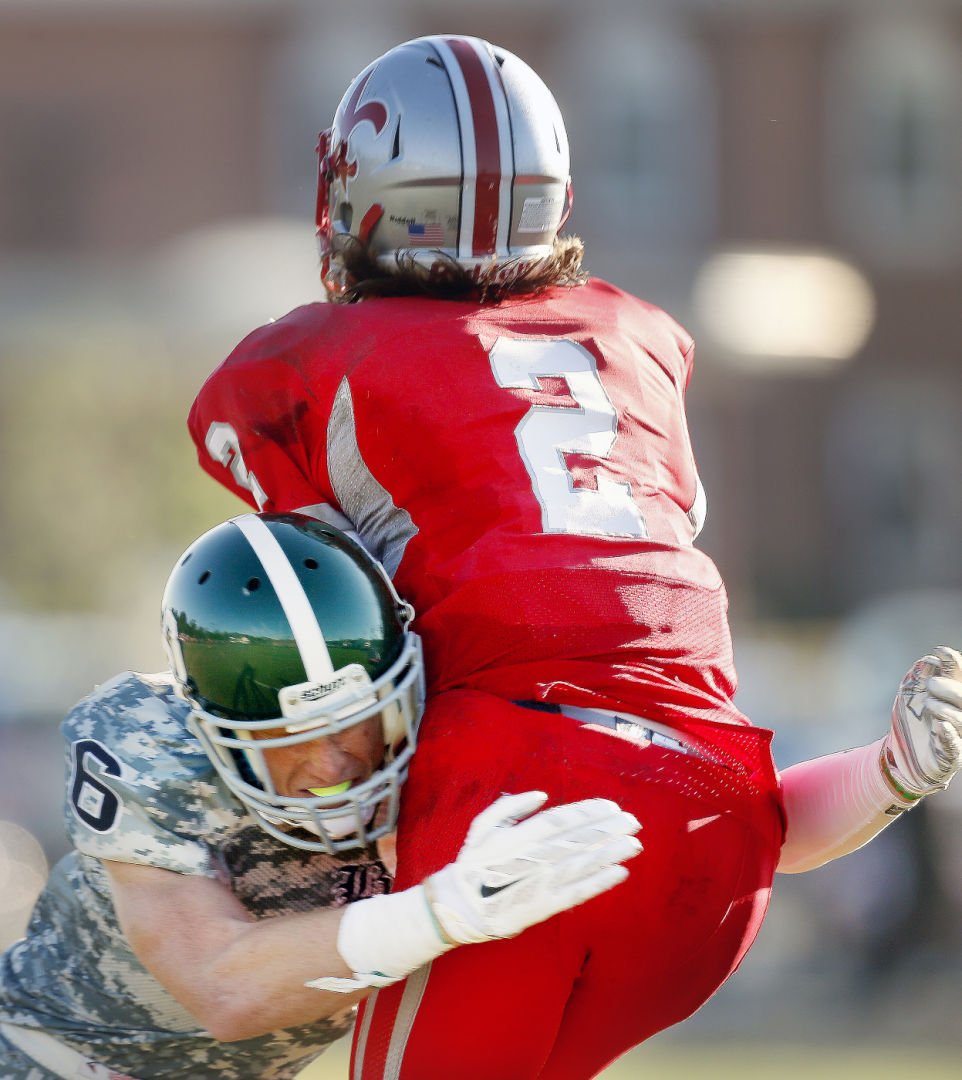 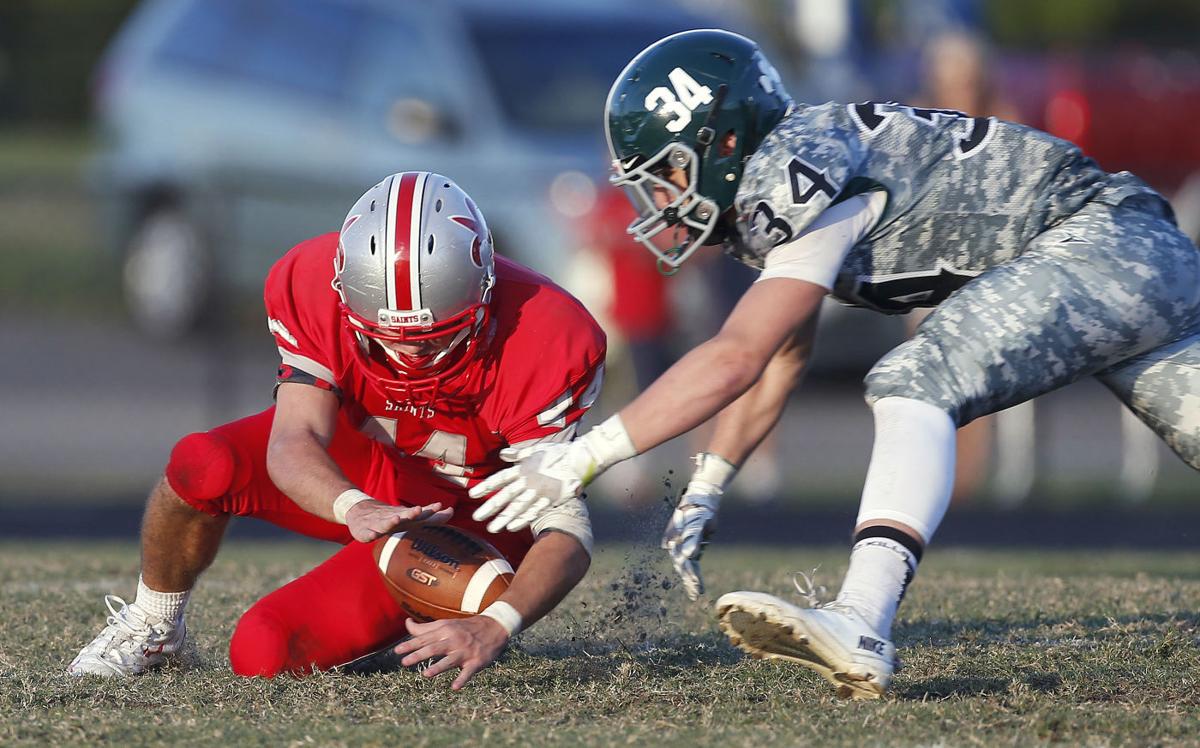 St. Christopher's Charlie de Venoge and Benedictine TJ Dunn go after a fumble in the second half Friday, September 26, 2014. 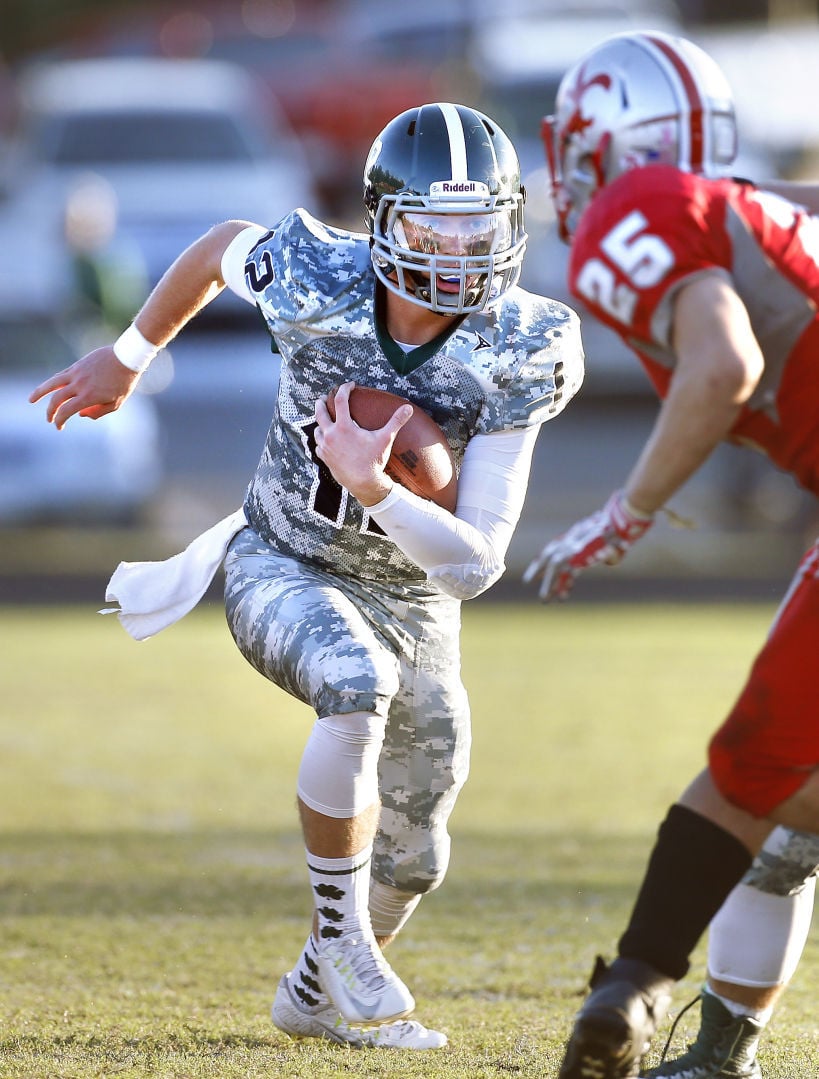 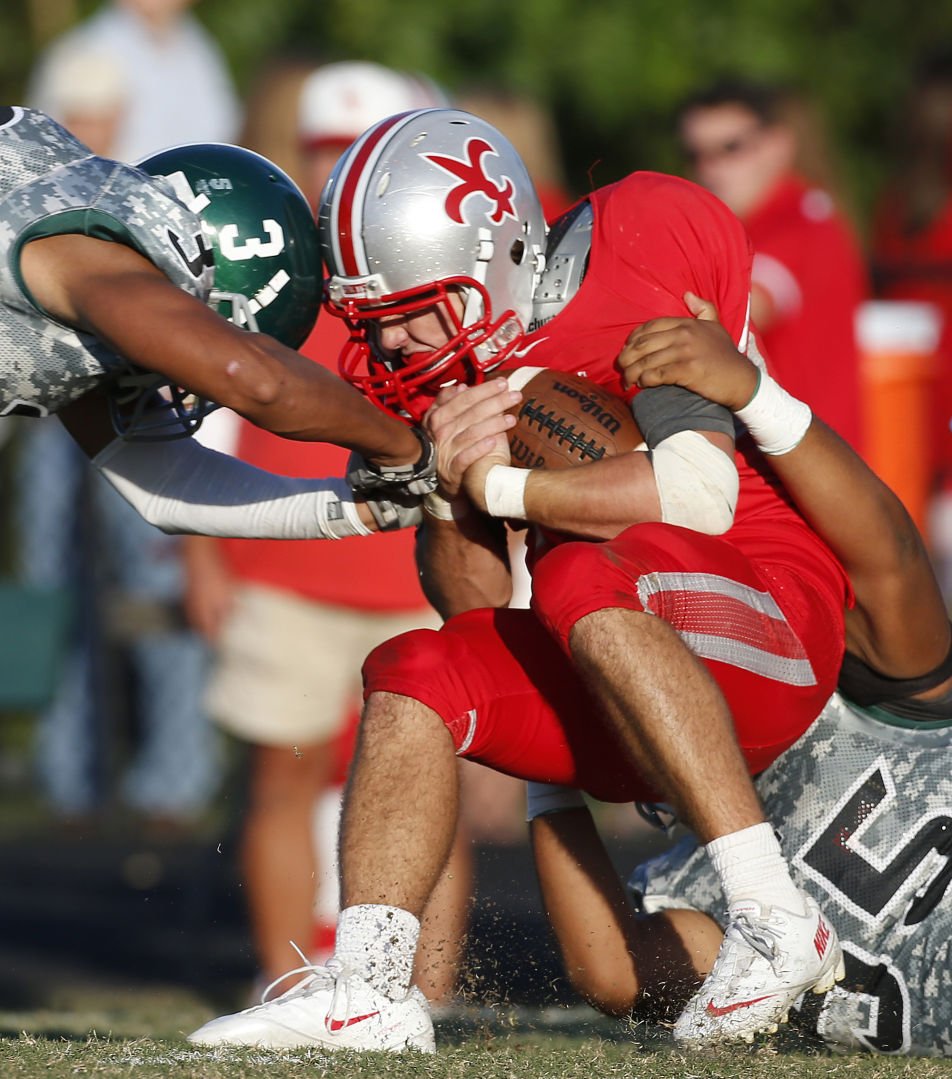 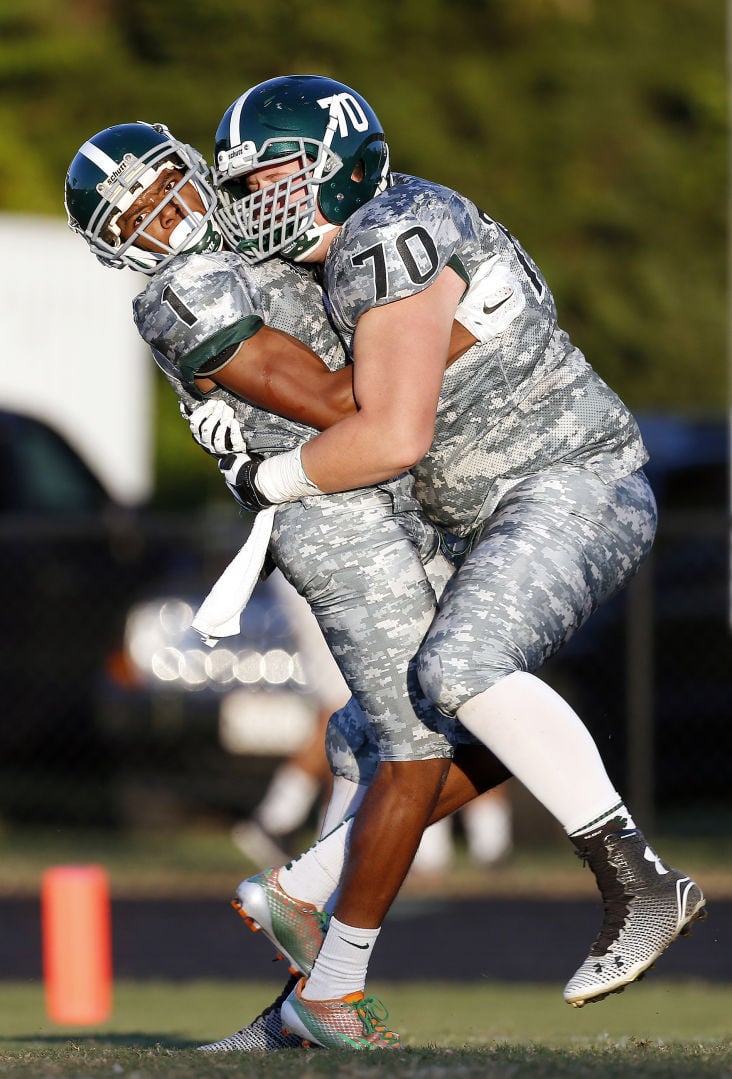 The Cadets beat the Saints.

St. Christopher's Charlie de Venoge and Benedictine TJ Dunn go after a fumble in the second half Friday, September 26, 2014.

So Waldrop’s game time has been limited. But in short flashes, he’s been incredibly productive.

Waldrop was 4 of 6 passing for 88 yards and two touchdowns Friday. On the season, the junior is 15 for 21 for 305 yards, four touchdowns and one interception.

“When you get your chance, you have to perform well,” Waldrop said.

“It’s humbling,” Waldrop said. “You’ve got to realize, there are a lot of good kids here.”

Both of Waldrop’s touchdown passes went to Donaven Tennyson. When Waldrop saw the St. Christopher’s safety roll away from Tennyson, he knew he had an open target. That touchdown pass tied the game at 10.

After Waldrop rushed for a 3-yard touchdown, he found Tennyson again for a 28-yard touchdown, making the score 23-10. This time, Tennyson ran a hitch-and-go, leaped up in the front right corner of the end zone and came down with the ball.

The Saints had a chance to win, but Alex Faniel was intercepted by Dean Ngendakuriyo with two minutes left, stifling the Saints’ hopes.

Waldrop has played so well, the Cadets are confronted with a dilemma: Is the offense better with Bracey, their best player, at quarterback or wide receiver?

“We have four kids playing quarterback, and they prepare really well,” Lilly said. “We want to get those guys on the field. But you can only have one.”

Bracey’s injury Friday was just a cramp, Lilly said. But when the cramp didn’t loosen in the fourth quarter, given how many hard hits Bracey had sustained, Lilly opted to keep him on the sideline for the rest of the game.

The Cadets’ offense was well-balanced Friday. They rushed for 170 yards and passed for 170. Bracey rushed for 73 yards, Alex Williams for 54 and Ramon Jones for 35. Tennyson caught five passes for 91 yards.

St. Christopher’s Fleet Wallace, the area’s leading receiver, was limited to three catches for 43 yards, all in the first half.

Benedictine starting quarterback Scott Bracey gets off a pass under pressure from St. Christopher’s Paul Thompson. Bracey later left the game because of cramps.