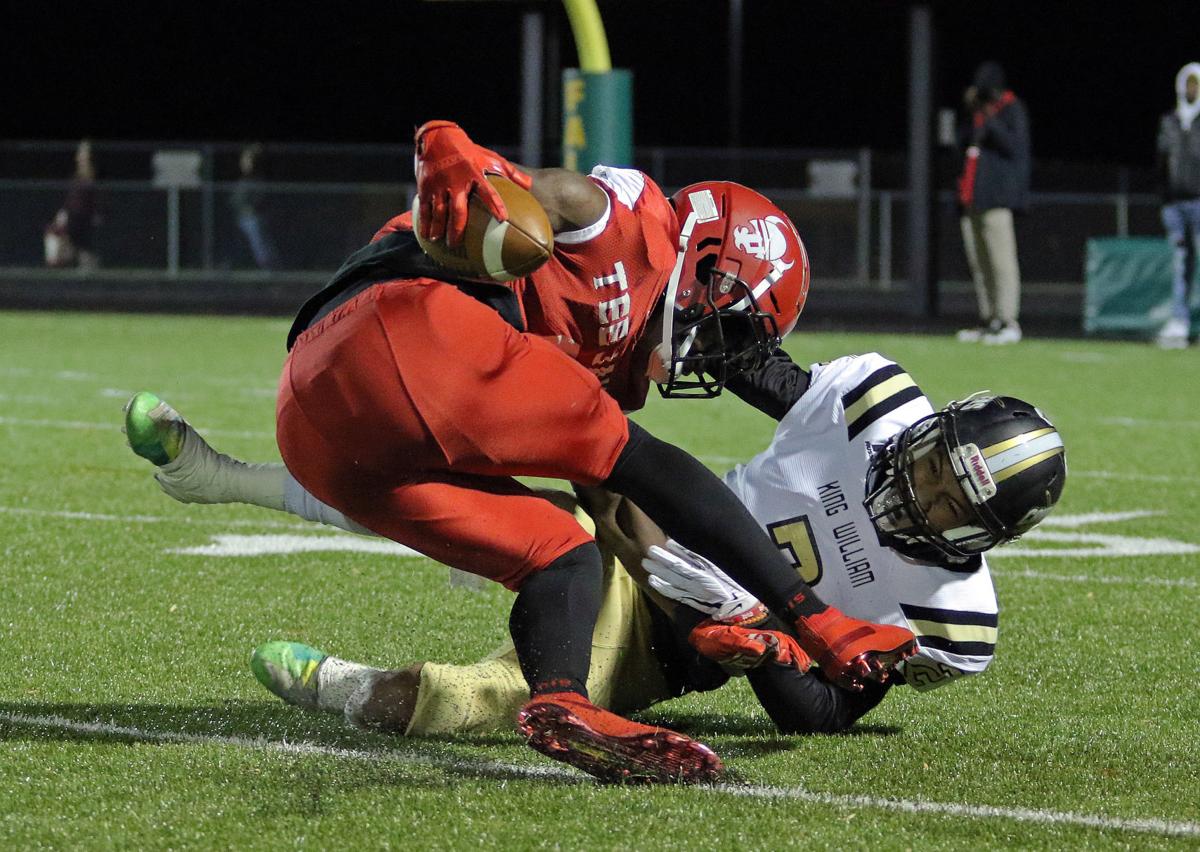 Thomas Jefferson wide receiver Jaylen Jones was brought down by King William defender Jamir Johnson in the Class 2, Region A championship game at Huguenot High. The Vikings won 30-28. Jones is planning to sign with Virginia Tech. 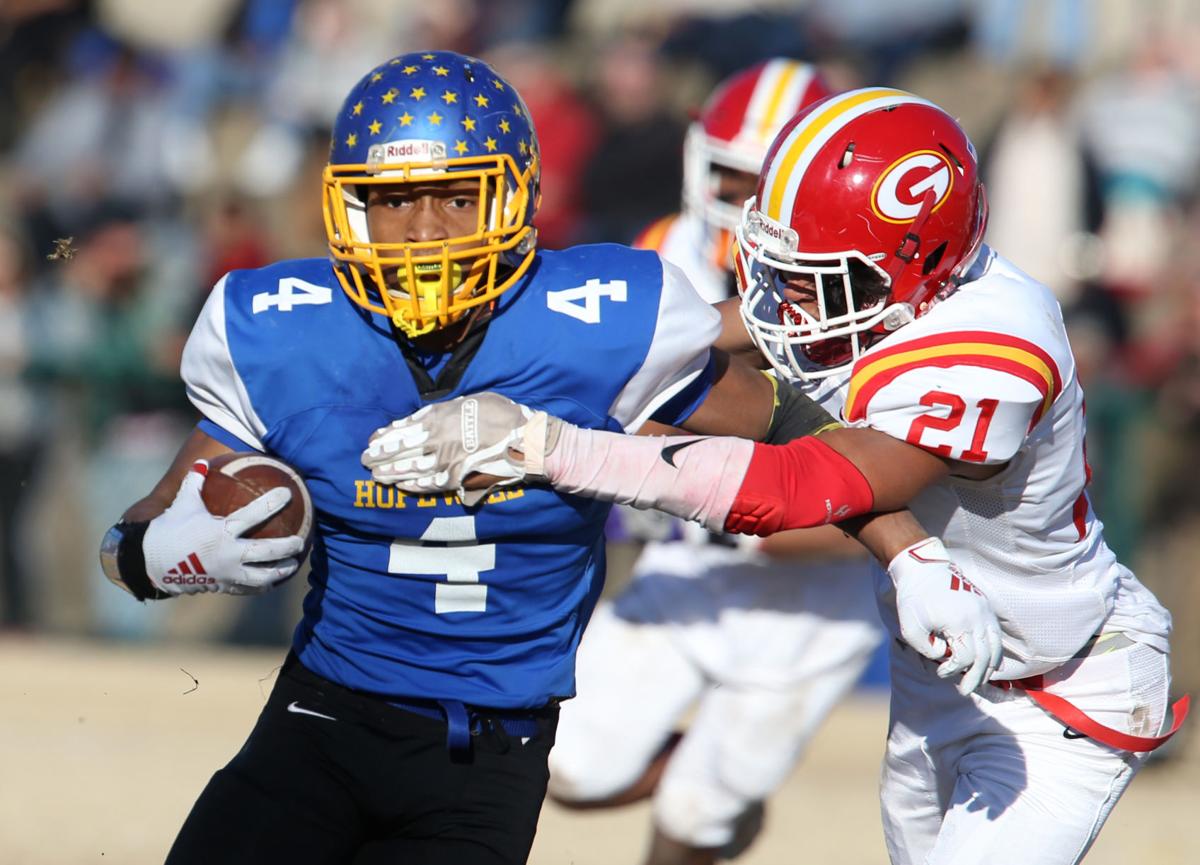 Hopewell’s TreVeyon Henderson, the All-Metro player of the year in 2019, scored a Richmond-area record 53 touch-downs that season, the second-most in VHSL history. 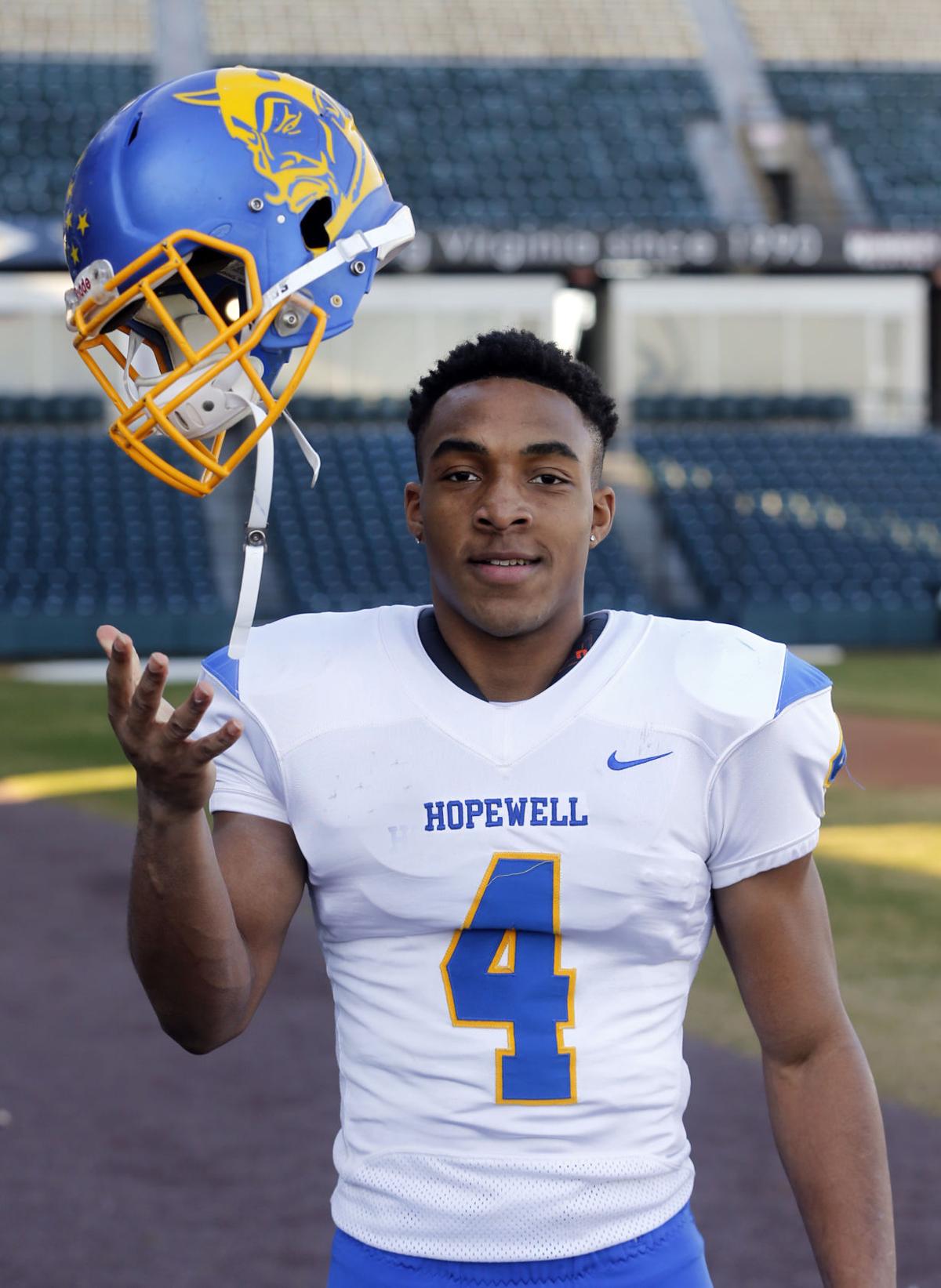 If you followed the bloodlines, you might have seen big things in the crystal balls of Thomas Jefferson High wide receiver Jaylen Jones and Hopewell running back TreVeyon Henderson.

Jones’ cousin is Corey Holliday, a receiver who was the All-Metro player of the year at Huguenot in 1988 and went on to play at North Carolina and in the NFL.

Henderson’s family tree includes his brother, Ronnie Walker Jr., now a running back at Virginia; and his uncle, Alphonso Harris, a running back who was the All-Metro player of the year in 1981 and played at Morgan State.

Jones and Henderson have carved their own paths, and they’re among several area players poised to play at Power Five schools.

Both are graduating early and planning to enroll in college in January, forgoing their senior years in the high school football season that was delayed until February because of the coronavirus pandemic

“Not knowing if we’re going to have a season, and being that it’s being pushed back, I just decided to enroll early so I can get ready to start rolling in college,” said Jones, who also said the risk of an injury was a factor.

Holliday, whose 2,447 receiving yards rank fourth all-time at UNC, played with the Pittsburgh Steelers from 1995 to 1997.

Following in Holliday’s footsteps “would be amazing,” said Jones, whose goal is to play in the NFL.

Richard McFee coached Holliday at Huguenot. McFee’s son, Marcus, was part of the TJ staff under coach P.J. Adams when Jones was a sophomore.

Adams said Marcus McFee always marveled at how Jones and Holliday “looked alike, just their mannerisms and everything they did and how they ran.”

Jones was slated to play wide receiver as a sophomore but switched to quarterback out of necessity. He went back to receiver as a junior and was named All-Metro after catching 69 passes and leading the Richmond area in receiving yards (1,238) and receiving touchdowns (18). The 6-foot-1 205-pounder has been timed at 4.56 in the 40.

“He can fit in just about every scheme,” Adams said. “He can play slot, he can play outside receiver. He’s a very good route runner. He’s a real thick kid. He can handle jets and screen passes. He’s going to be built like a running back by the time he leaves there, but he’ll still be a receiver.

“He has long arms and big hands, so I think he’ll be successful at the next level.”

Jones also was recruited by Pittsburgh, Boston College, Wake Forest, East Carolina, Old Dominion and Virginia. He wasn’t able to take official visits because of the pandemic, but he did take an unofficial visit to Tech.

The “family aspect” appealed to him, he said, plus the Hokies’ staff recruited him hard. He wants to “make the best out of every opportunity I get, just stay on track, work hard.”

“I want to play as a true freshman,’’ said Jones, who turns 18 later this month. “They don’t have that many scholarship receivers, so I’ll have a good opportunity to do that.”

Like his uncle, Henderson was named the All-Metro player of the year. Blessed with vision and forward and lateral speed — he was the Class 3 state champ in the 55 meters with a time of 6.48 seconds — the 5-foot-11 192-pounder scored a Richmond-area record 53 touchdowns, the second most in VHSL history. Lining up at slot receiver, running back and quarterback, Henderson ran for 2,424 yards and averaged 213 all-purpose yards.

After scoring, Henderson made an airplane sign in honor of his grandfather, the late Albert Lee Harris, Hopewell coach Ricky Irby said. Harris was a two-way end who played at Hopewell in the late 1970s. His nickname was “Airplane” because “he was always flying around,” said Marshall Parker, who was an assistant for the Blue Devils then before later becoming the head coach.

Irby said Henderson has “stayed pretty humble” despite the accolades and attention.

“That’s probably hard to do , to be a 17-year-old kid going through [that],” Irby said. “He’s very laser-focused on what his goals are and what it takes to get there. He doesn’t really listen to the outside noise. He kind of keeps to himself a lot.

“His goal is to be the best player in the world, and that’s what he’ll tell you.”

Thomas Jefferson wide receiver Jaylen Jones was brought down by King William defender Jamir Johnson in the Class 2, Region A championship game at Huguenot High. The Vikings won 30-28. Jones is planning to sign with Virginia Tech.

Hopewell’s TreVeyon Henderson, the All-Metro player of the year in 2019, scored a Richmond-area record 53 touch-downs that season, the second-most in VHSL history. 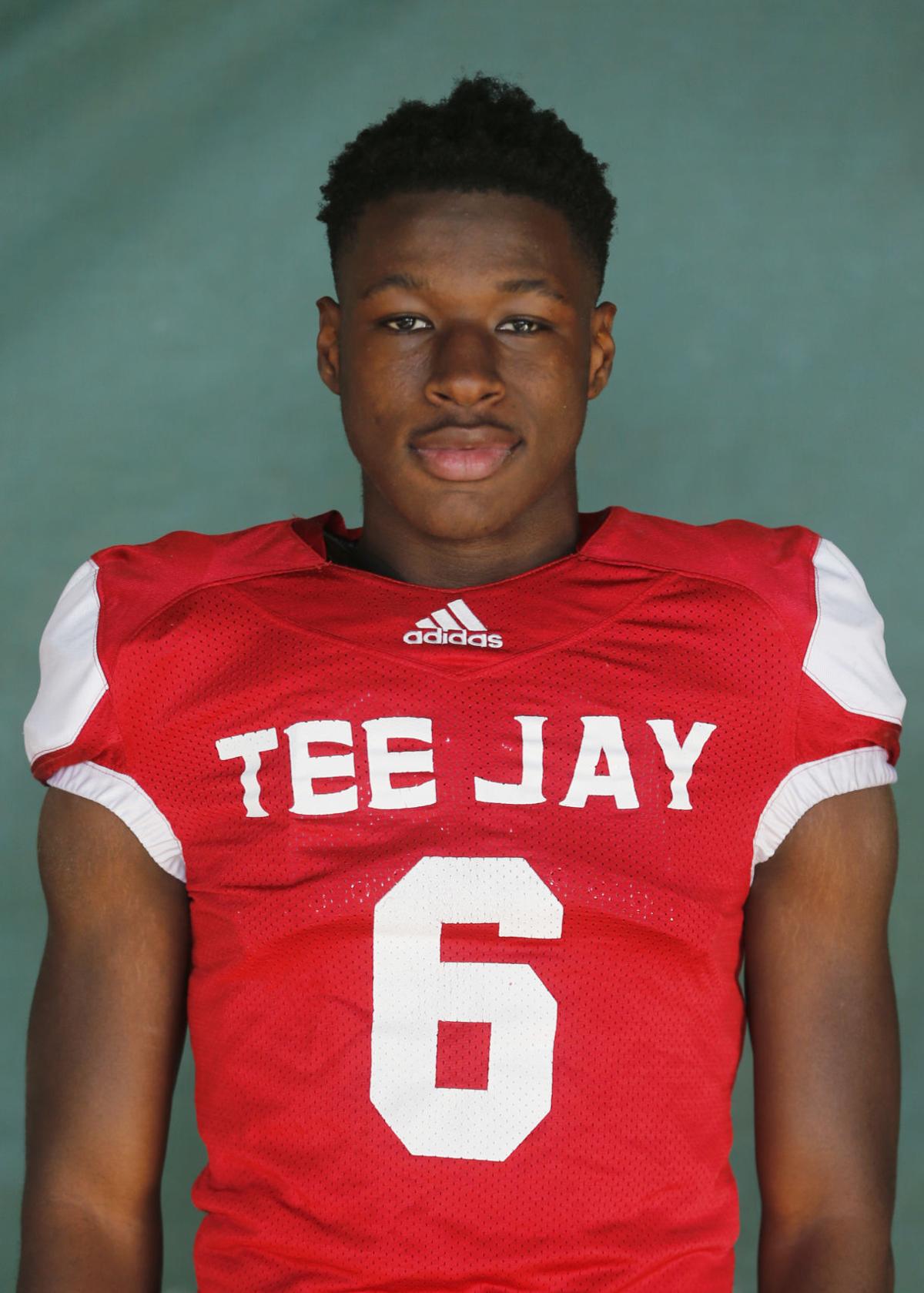