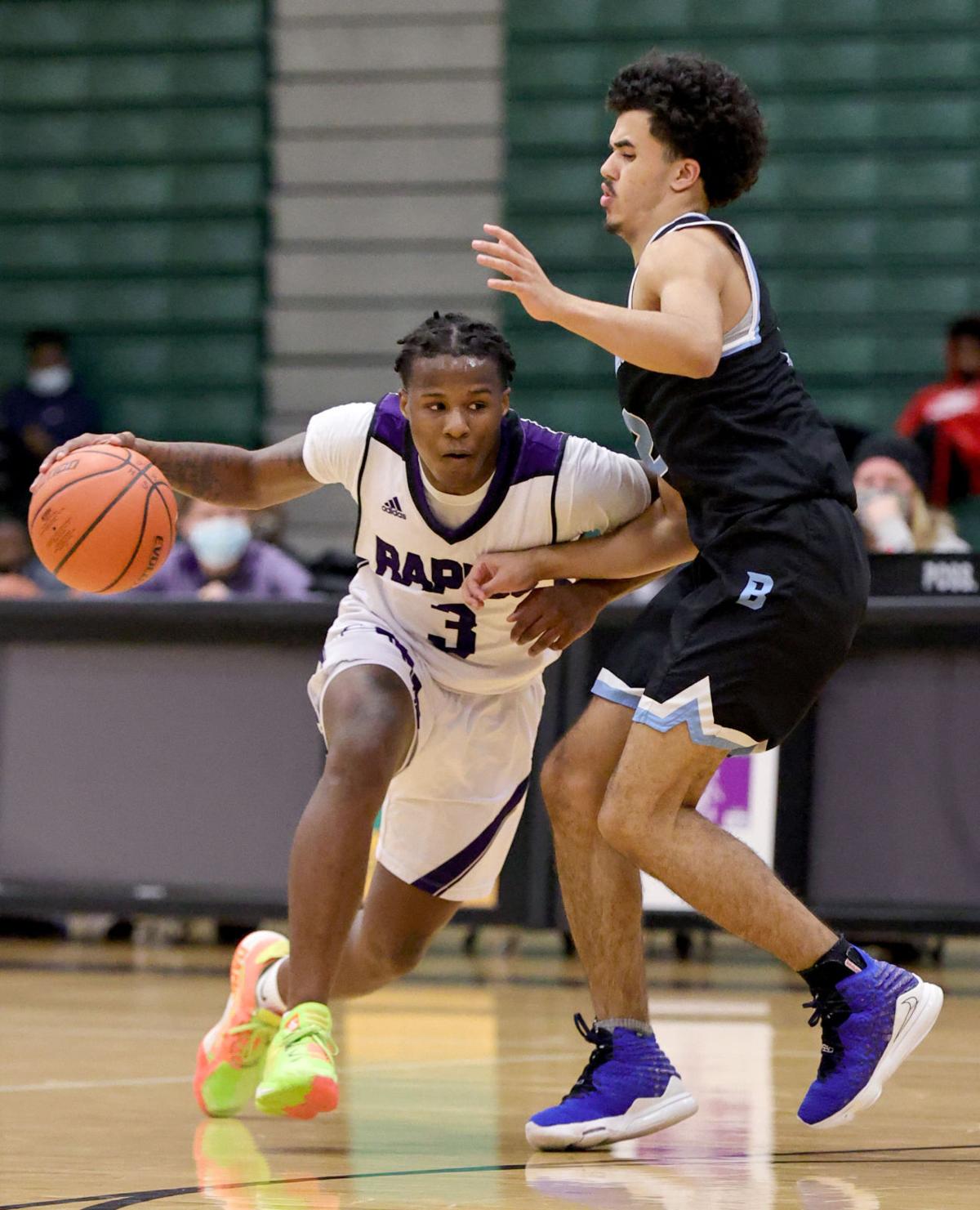 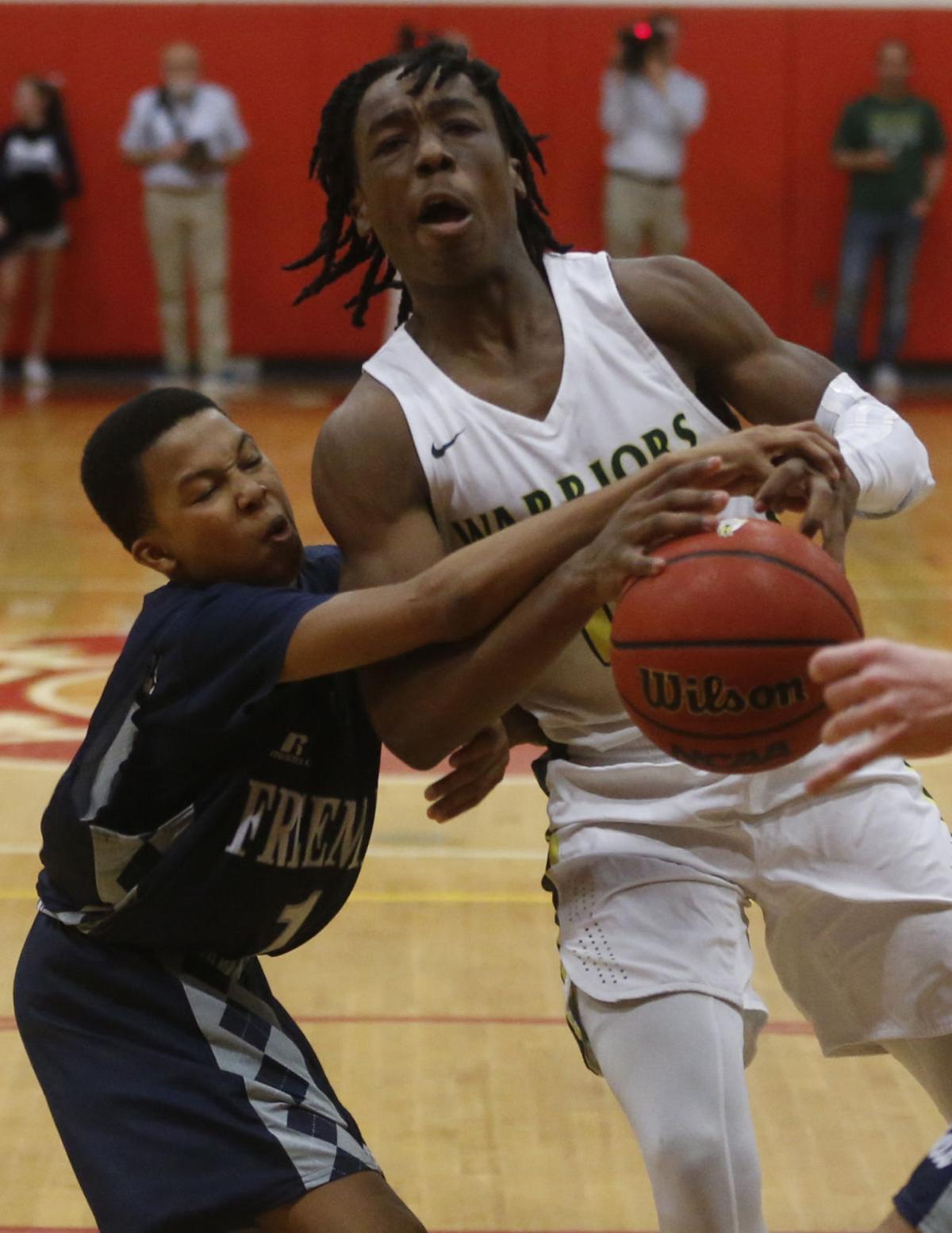 Freeman’s Omari DeVeaux (left) was anticipating a showcase season before Henrico Public Schools decided not to play winter sports amid the COVID-19 pandemic.

DeVeaux’s mother, Mesha, said Wesleyan felt like home from the moment she and her son visited. Coach Dave Macedo, in his 21st season leading the Marlins, is 431-151, including an NCAA Division III championship in 2006 and 11 NCAA tournament appearances. Mesha said Omari gelled with Macedo and the Wesleyan team very quickly.

Omari is not playing his senior season since Henrico canceled its winter sports because of the pandemic. Mesha said the pandemic has made Omari’s recruiting process particularly rigorous.

“I’m truly blessed to become a Virginia Wesleyan Marlin. I cannot wait until fall 2021 to begin my freshman year at VWU. Everyone has been so welcoming thus far,” Omari DeVeaux said via email.

“When I thought my chances of playing at the next level was over, Coach Macedo stepped in and made me feel complete again. The opportunity came and I made sure to run with it! Let’s go Marlins!”

McQueen, who transferred from Matoaca, had 17 points against top-ranked L.C. Bird on Friday. He averaged 16 last season.

“He’s really strong handling the ball and also defensively,” Blazar said. “He’s going to have a phenomenal year. I love coaching him. He’s just a phenomenal kid. ‘Coach, what can I do?’”

The Rapids have several scoring options with McQueen, 6-9 Cole Grubbs and 6-6 Neal Hill.

On one of the Royals’ early possessions against Thomas Dale last week, Allen basically played guard and drove from out front for a basket.

“They brought up two guards to match ours, so we just gave it to Chris and let him go,” Carr said. “Put a spin move on them and let him finish.”

Carr said if Allen had “6 more inches on him, we’d be talking about college basketball. Football is going to be his route.” Allen, a tackle and end on defense, recently visited Christopher Newport, Carr said.

His brother, Curtis, excels in football (running back) and basketball (guard). He’s a 6-3, 200-pound junior.

“He’s going to have some options,” Carr said.

A first baseman and outfielder, McDonough graduated from Godwin in 2018 and has since attended and competed for Florence-Darlington Tech, a junior college in South Carolina.

“He’s put a lot of energy, a lot of work in the last couple years to put himself in a position for this opportunity,” said former Eagles coach John Fletcher, noting that the 6-foot-4, 225-pound McDonough has long possessed the ability to change a game with one swing.

Fletcher coached McDonough this past summer in the Collegiate Piedmont League and said McDonough has a line-drive swing with power and the potential to hit for a high average and drive in runs in the middle of an order. Fletcher anticipates McDonough will play first base for the Hokies.

“He’s grown into more of a mature body and mentality,” Fletcher said. “In high school, we knew the potential was there. But this summer, you could just definitely see that there was an opportunity. He’s worked hard and put himself in a position to be successful.”

The 2010s were a transformational decade for high school football in the Richmond area. Local teams claimed state championships at a rate neve…

Fath leads No. 2 Midlothian to statement win at No. 1 Monacan

L.C. Bird boys basketball coach Troy Manns, in his 10th season with the Skyhawks, picked up his 200th win in Monday’s victory over Cosby.

With a slam dunk in the final seconds, Meadowbrook junior Cecil Mabry put an exclamation point on a 64-55 victory over Matoaca that was won wi…

Richmond Public Schools cancel fall sports, including football, that are scheduled to start in February

Richmond Public Schools aren’t playing winter sports, and they won’t be playing football and other fall sports when they start in February, either.

Richmond Public Schools cancel fall sports, including football, that are scheduled to start in February

Richmond Public Schools aren’t playing winter sports, and they won’t be playing football and other fall sports when they start in February, either.

Freeman’s Omari DeVeaux (left) was anticipating a showcase season before Henrico Public Schools decided not to play winter sports amid the COVID-19 pandemic.