Passenger traffic at Richmond International rebounds in 2021, but still below pre-pandemic levels

In matchup of top teams, John Marshall backs up its big ambitions with win over L.C. Bird
0 Comments
Share this
1 of 3 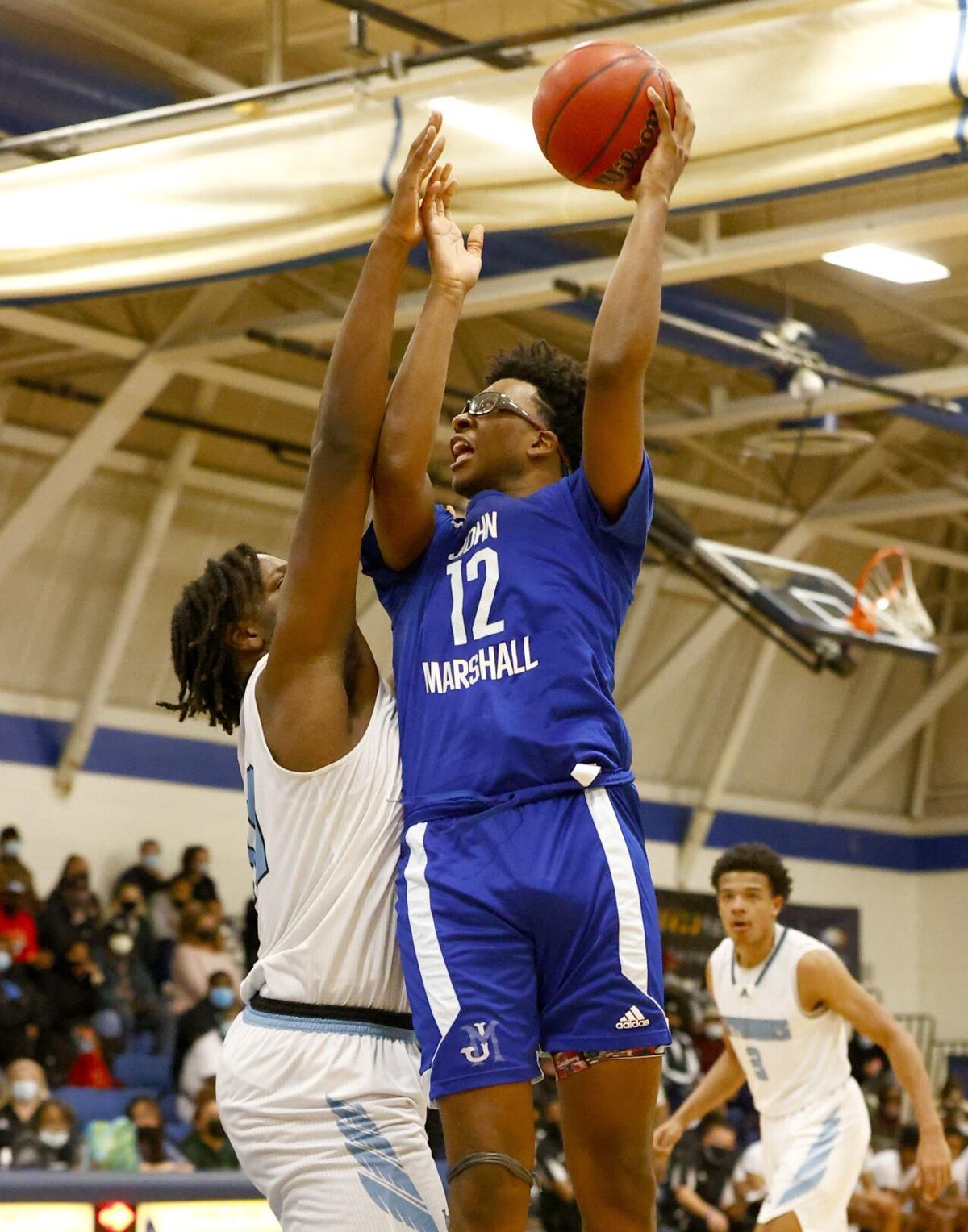 John Marshall’s Tyler Mason rose up for a shot over L.C. Bird defender Keyontae Lewis during Saturday’s matchup. Mason had 11 points and 11 rebounds. 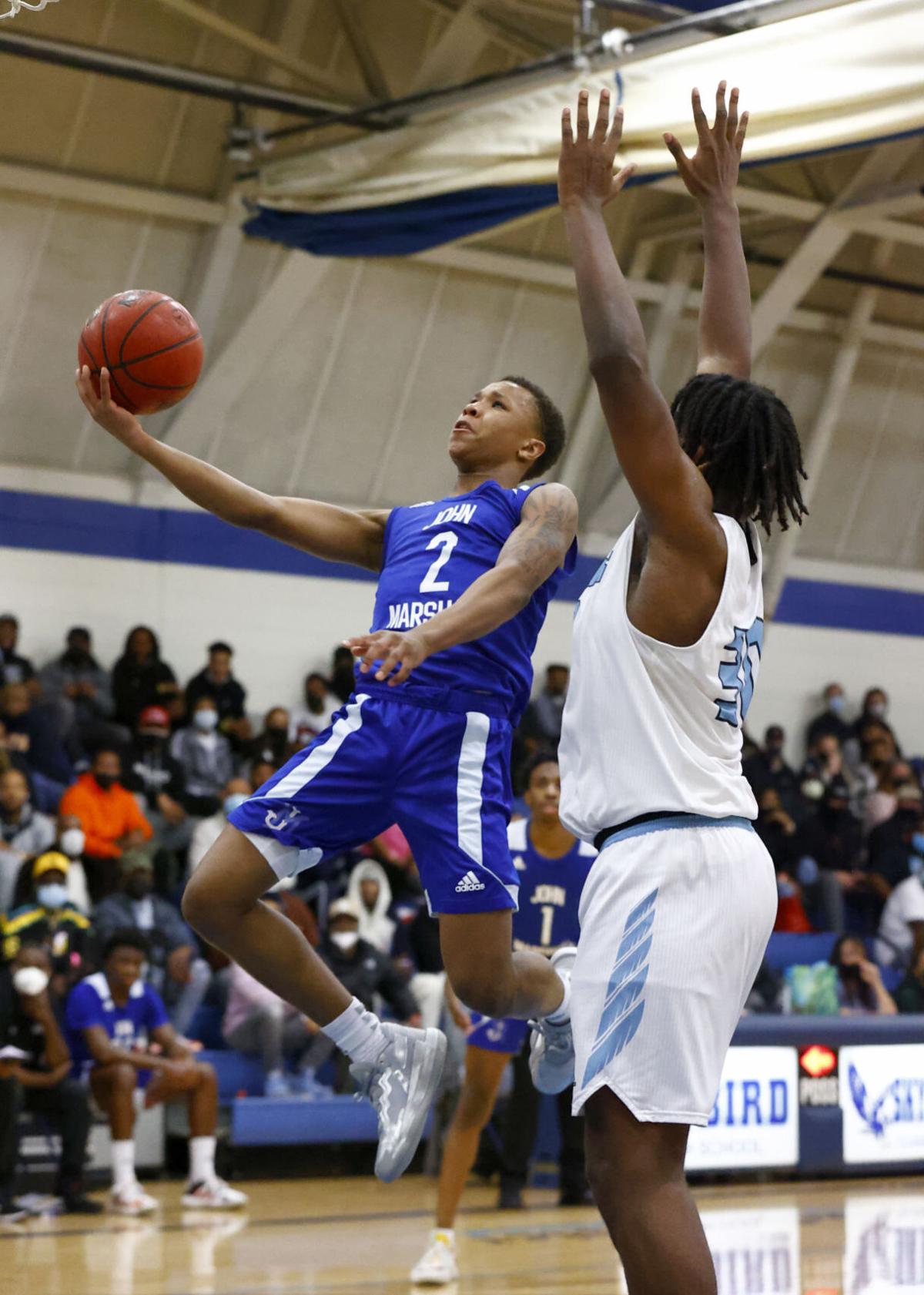 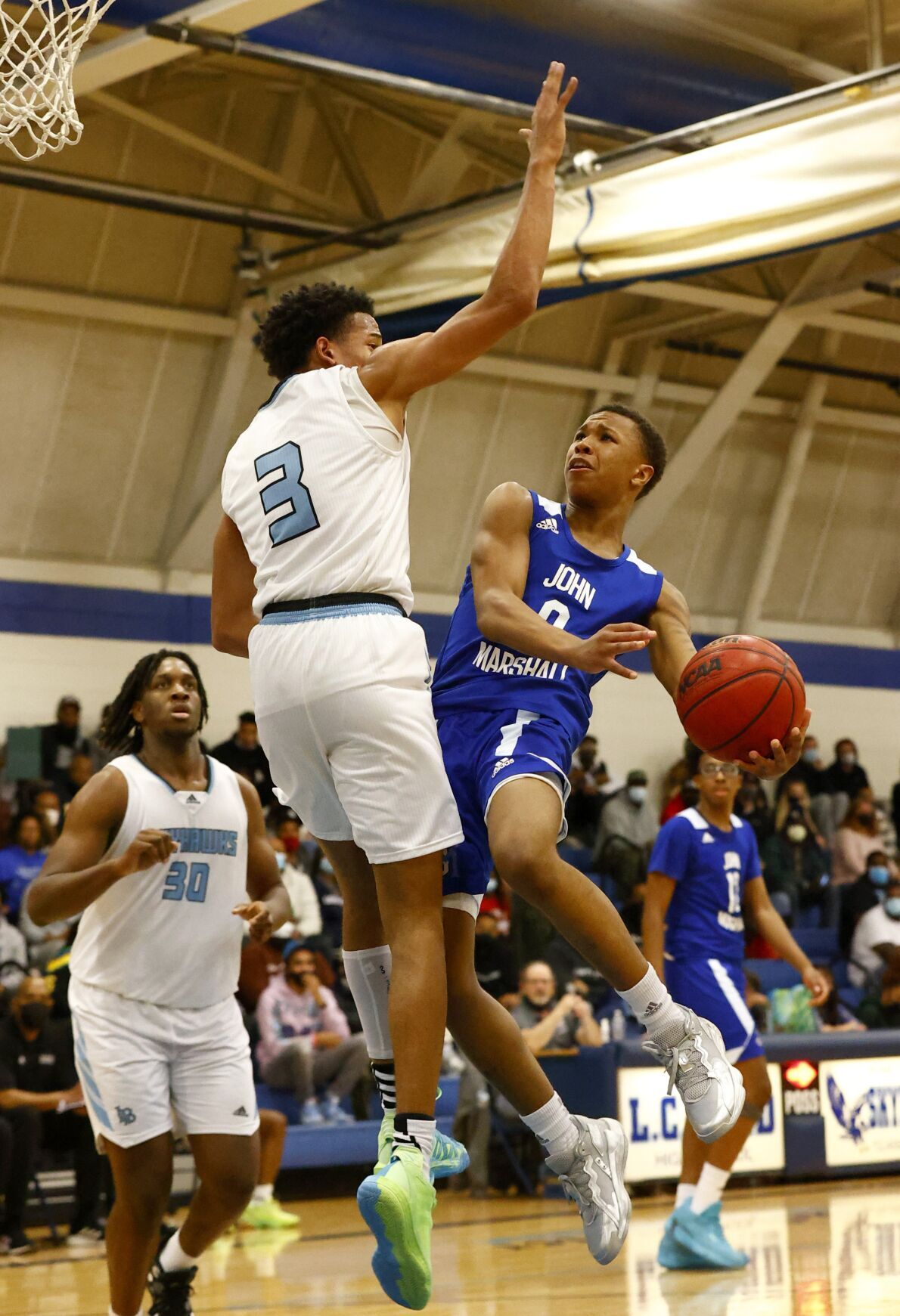 The Skyhawks were a perfect 9-0 to start the season, and had just claimed the No. 1 ranking from the Justices in the T-D Top 10.

John Marshall made sure that won’t last for long.

The two teams were up even at halftime, and the Skyhawks led early in the third. But Jayem junior wing Dennis Parker took charge with a 9-point run on his own, part of his game-high 34 points that helped boost the Justices to a decisive 88-72 victory.

Justice coach Ty White said that the Skyhawks are “an excellent team” with standout players and strong coaching. But he also knew that his own players had the depth, size and flexibility to adjust their play as needed.

“They’re just a tough team, so we had to be on our game today,” White said. “We’ve got it all, and we start sacrificing for each other, that’s when we got successful.”

Junior guards A.J. Wills and Yuri Manns proved to be strong, mobile scorers for Bird (9-1), and 6-8 center Keyontae Lewis gave them a defensive edge at the start of the game from under the glass.

But Jayem (6-3) broke through as it transitioned into a quicker game. Parker led the night with 34 points, but was backed by double-digit scoring from teammates KaShawn Cordes, Damon “Redd” Thompson and Tyler Mason, as well. Mason recorded a double-double with 11 points and 11 rebounds.

Deep defensive pressure also kept the Skyhawks from being able to match the pace.

“I feel like we, as a team, did well together and executed,” Parker said. “When we was down by four, five, six, we had it going in our heads like, ‘All right, we need to stop playing with these guys. We need to go home with a win.’”

Parker is a four-star recruit with multiple Power Five offers, ranked third in the state for the Class of 2023.

It is with this in mind that Saturday could almost — almost — be considered an off night for him. Parker said that while he felt great during the game, he had been easing back into play after rehabbing a minor muscle strain this week.

That dedication and work ethic is part of what makes Parker “different, and I mean that in a good way,” White said.

“God has gifted him with a lot of talents, and he’s just a great kid,” White said. “He works so hard, and he’s starting to reap the fruits of his labor.”

The Justices were the 2020 Class 2 champions but missed out on being able to defend their title when Richmond public schools opted out of winter sports last year due to the pandemic.

Parker started as a freshman on that team, and, now, he said the current squad is hungry not only to prove themselves on the state level, but nationally.

They’ve seen plenty of out-of-state talent so far this season; two of their losses were against Vertical Academy (N.C.) and Archbishop Stepinac (N.Y.)

Archbishop Stepinac, which Jayem met at the Chick-Fil-A Classic holiday tournament in Columbia, S.C., went on to win the American Bracket Challenge at the tournament. The Justices also topped River Bluff (S.C.) and Carmel Christian (N.C.) during their trip down south. Parker was named to the All-Tournament team.

John Marshall’s Tyler Mason rose up for a shot over L.C. Bird defender Keyontae Lewis during Saturday’s matchup. Mason had 11 points and 11 rebounds.