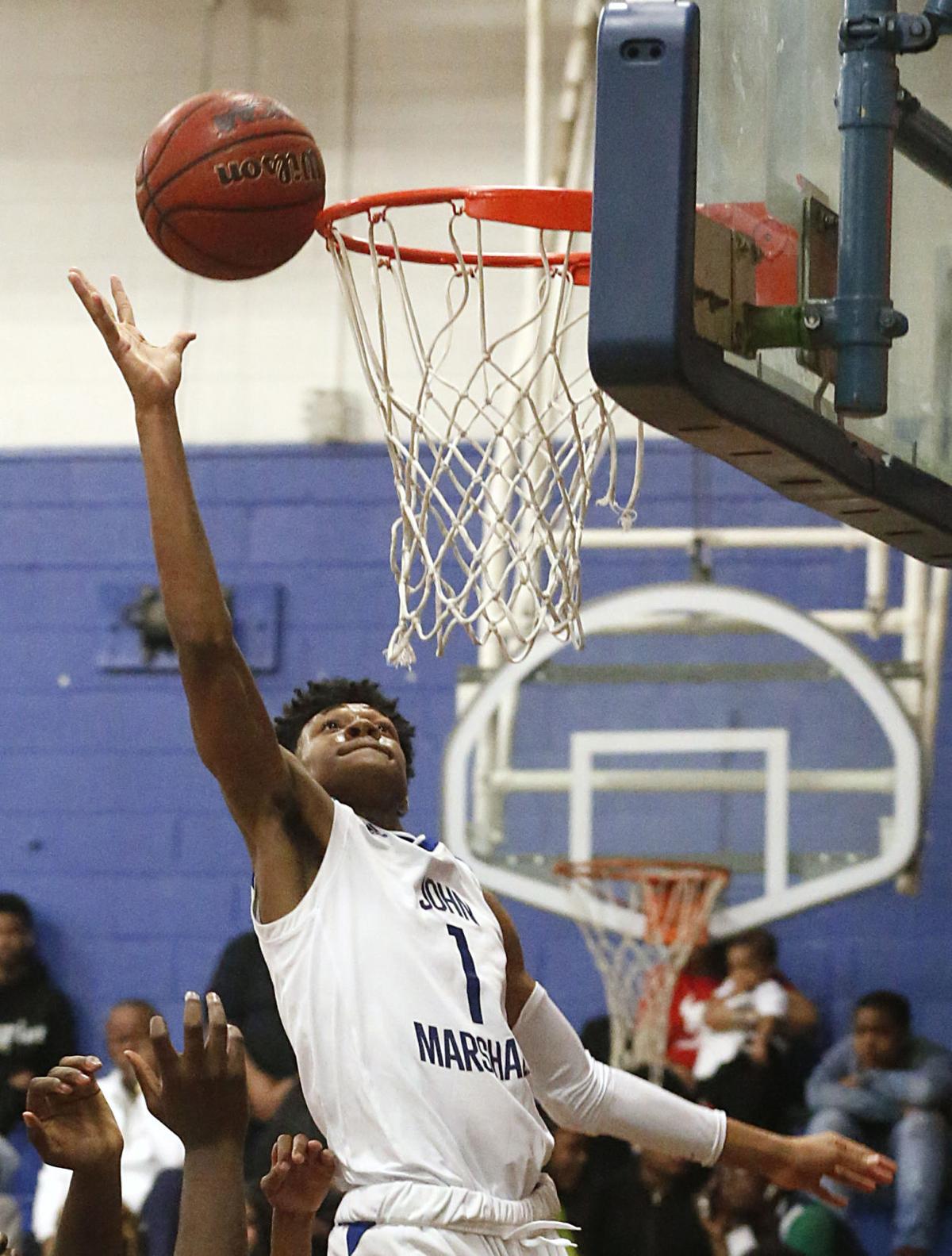 Varina QB Bobby Dunn stretches and breaks the plane to score during football action in Class 5, Region B final at Manchester H.S. on Saturday, Nov. 30, 2019

White said Woodley, who graduated recently, was “arguably the best shooter and most athletic kid in the state of Virginia in all divisions last year.”

He was one of several Division I prospects on the Justices’ 2020 team that won the Class 2 state title.

Most of those players -- 6-10 center/forward Roosevelt Wheeler (Louisville), point guard Jason Nelson (Richmond), Woodley and guard Ty Lacey (Mary Washington) – would have returned as seniors this past season, but Richmond Public Schools did not play sports because of the pandemic. Some of the Justices competed on a club team that wasn’t affiliated with Jayem.

“He’s one of those kids who was just starting to come into his own, and he would have played a major role on this year’s team,” White said.

Dunn, a senior this past year, was the second-team All-Metro quarterback as a junior in 2019 after helping Varina to the Class 5, Region B title and the state semifinals.

Dunn missed his eighth- and ninth-grade seasons after tearing the ACL in each knee. He was a wide receiver as a sophomore year before taking over at quarterback as a junior and throwing for more than 2,400 yards and 30 TDs, with nine interceptions.

Varina QB Bobby Dunn stretches and breaks the plane to score during football action in Class 5, Region B final at Manchester H.S. on Saturday, Nov. 30, 2019