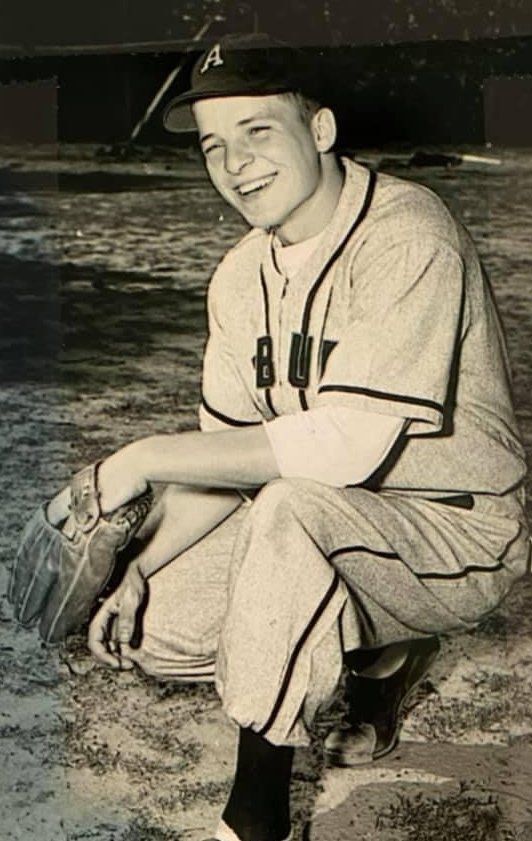 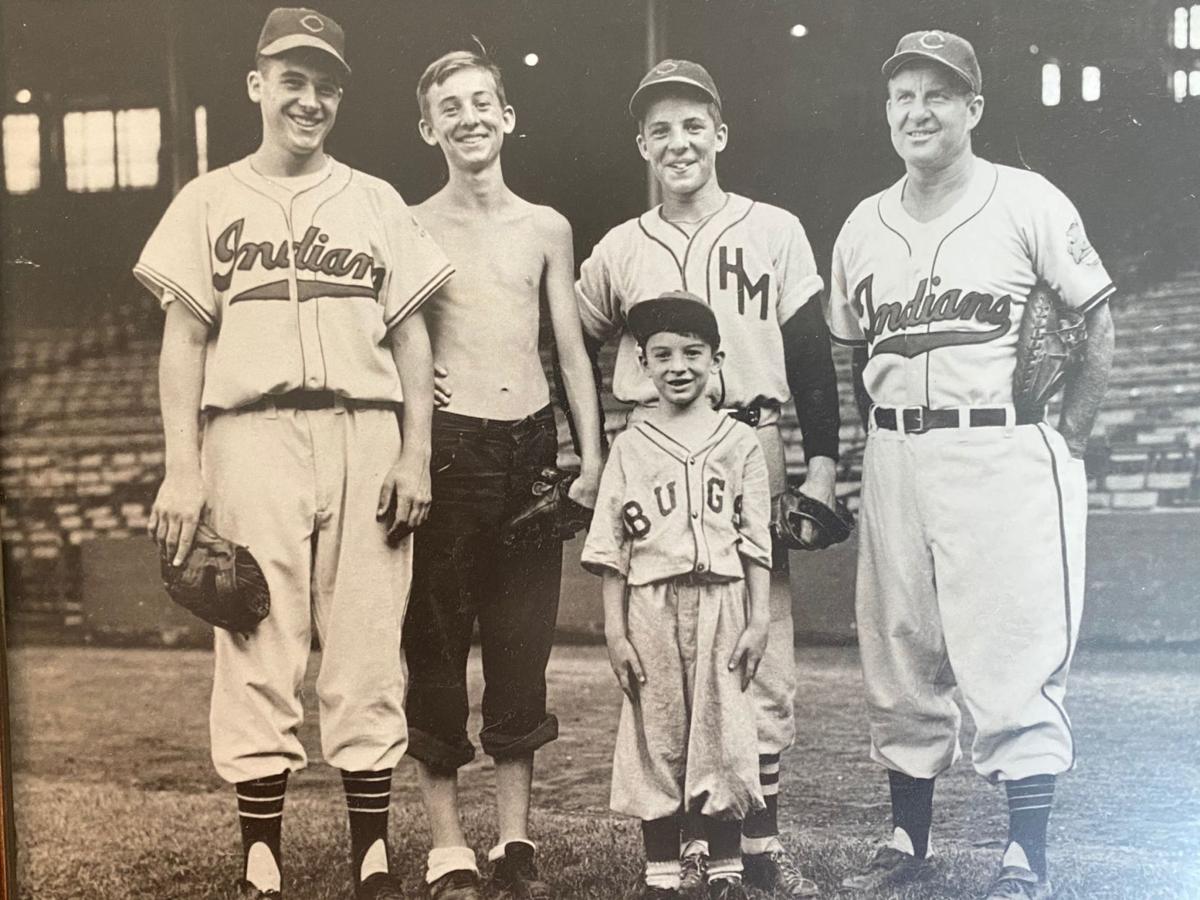 Denny Williams sometimes thinks of his high school baseball coach as a big oak tree in the middle of a forest.

Williams, a retired Henrico Police Captain, credits the late Paul Susce with being a stalwart, guiding force through the most trying points of his life. The trees throughout the forest are the countless players and students that Susce, a coach and teacher at George Wythe High in the 60s and 70s, impacted in a similar fashion.

“He had more impact on my life than anybody other than my wife,” said Williams, who grew up in Oregon Hill and served nearly 40 years in local law enforcement.

“You multiply, times 50 or 100, the impact that he had on his players and students, and the impact that they had subsequent to that on the people they had in their lives. It’s amazing when you think about it in that broad sense. He was a phenomenal person.”

Susce, a former All-American pitcher at Auburn University, died in May at 87. He was a history teacher, assistant football coach and scorekeeper for the basketball team at George Wythe. But his legacy and passion lied on the baseball diamond, where he developed professional talent and used the game as a vehicle to educate and mentor players which others came to know as “Susce’s Boys.”

“If you played for him, you’d hear about the guys before you, their legacies,” said Mark Person, 65, who played for Susce in the early 70s.

“You became one of Coach Susce’s Boys, which was an honor.”

The hundreds of Susce disciples range from Wythe to other local high schools. Some played for him at American Legion Post 137, and others he simply helped find scholarships or suitable college programs with his connections throughout the game. Former players estimate that Susce aided more opposing players than he did his own Bulldogs.

Among them are Rick Langford, a Varina grad who threw 28 complete games in 1980 for the Oakland Athletics, 22 of them in consecutive starts; Stan “Snooks” Floyd, a star on Wythe’s 1971 state runner-up team who got drafted by the Houston Astros in the second round of the 1972 MLB amateur draft; Harry Saferight, a catcher from Meadowbrook who played in the minor leagues for 11 years; Rick Tomlin, a pitcher on the 1971 Wythe team who was drafted in 1972 and went on to work as a pitching coordinator in the Brewers organization; former Yankees scouting director Lin Garrett, who played at Wythe; and Johnny Grubb, another Monarch and 16-year MLB veteran who played in 1,424 big league games with Texas, San Diego, Detroit and Cleveland.

Grubb likened Susce to a father figure, and said his influence was foundational to his pro career.

“He taught you a lot about life, working hard and being a good example for others. He was a good person to have in your corner,” Grubb said.

“The guy had such a dynamic personality. When you meet a guy like Coach Susce, it was immediate, he had that presence about him. He was a confident person who built your confidence. He kept my dream alive.”

Susce’s father, George, was a catcher for five major league teams and his brother, George Jr., pitched for the Red Sox and Tigers. The former was a bullpen coach under and friends with Ted Williams. Paul and George Jr. grew up around the game, and were even said to have learned a thing or two about fishing from Williams, and shagged fly balls for him at Fenway Park. George also knew Hammerin’ Hank Aaron from a time when they were both with the Milwaukee Braves.

Paul Susce’s son Steve was an All-SEC pitcher at Mississippi State, and played in the minors in the early ‘80s.

“The stories I hear are legendary. He loved coaching, he loved baseball and was pretty good at it,” said Steve Susce, one of four Susce children in addition to brothers and a sister.

“The teaching and the schooling, the work he put in and the amount of kids that he really got to extend their playing days and the students he taught in the classroom, those are the major things our family is really proud of.”

When Grubb was a Padre playing the Astros, he remembers hearing a voice ring out from the upper deck of a largely empty Astrodome — “Hey Grubbsy!

It was Susce, and the pair caught up over dinner after the game.

Former George Wythe player Tommy Nance recalls a quarrel between Wythe and Highland Springs where the home plate umpire struck Susce, who was notorious for epic standoffs with umpires, resulting in a melee between the teams.

Person remembers a snow day in late March that he thought the team might get off from practice. Next thing he knew, he was taking ground balls in the icy conditions.

“Looking back, he taught us fundamentals not only on the ballfield, but in life,” Person said. “And it’s carried over.”

Susce used to drive his teams and equipment around in a mythical Volkswagon bus, which he also used to drag the infield at Wythe. Former players likened a drive in the Volkswagon to a an amusement park ride that could be a lot of fun but also tended to leave one nauseous.

Doug Daniel played on the 1971 state runner-up team, and nominated Susce for the George Wythe Hall of Fame. He said Susce’s teams were known for near flawless fundamentals and lockdown pitching, featuring a small-ball approach which mirrored the baseball purism of their leader.

“We were loaded, but we were fundamentally sound,” Daniel said.

Susce was raised Catholic. On Good Friday during baseball practice, he’d call his players together and say he didn’t care what their religion was, Daniel said. Regardless of their beliefs, Susce would have his team break from a huddle and walk around the field for 15 minutes, reflecting on what was important in their lives.

So for many years after, Daniel would call Susce on Good Friday, reminiscing and reflecting on the important things in life. He added that Susce instilled in his players a culture of racial equality, in a time where local schools were desegregating. Daniel, and countless other players, carried those lessons with them throughout life.

Williams once tried to quit school and run away from home, until Susce found him and calmed him down. Another time, a friend of Williams was shot and killed in Oregon Hill. Williams went to practice the next day, and Susce could tell he was shaken. So Susce asked what was wrong, and Williams opened up to the coach that would become a father to him.

“And that’s when he really started to emphasize to me the importance of getting an education and different life experiences,” said Williams, whose brother Ray was a renowned local detective.

“I was lost, I really didn’t know what to do. He helped me through a number of crises in my life, and I’m not the only one.”

Susce was inducted into the Richmond Public Schools Athletic Hall of Fame in 2018. Steve Susce and former players say they hope to hold a celebration of life and reunion over the summer to commemorate the impact Paul Susce had on so many who crossed his path.

Meet the 2021 Scholar-Athlete of the Year nominees

The Richmond Times-Dispatch and Sports Backers are celebrating 30 years of the Scholar-Athletes program, which has awarded more than $1 million in scholarship money since its inception.

Cosby's Michael Bourne, St. Catherine's Ellie Horner are the scholar-athletes of the year

WATCH NOW: Times-Dispatch and Sports Backers announce the Scholar-Athletes of 2021

The Richmond Times-Dispatch and Sports Backers are celebrating 30 years of the Scholar-Athlete program, which has awarded more than $1 million in scholarship money since its inception.

Doing things left and right: Hermitage's Zack Easton can pitch from either side

“The crazy thing is he prefers to play outfield left-handed, and he plays shortstop right-handed."