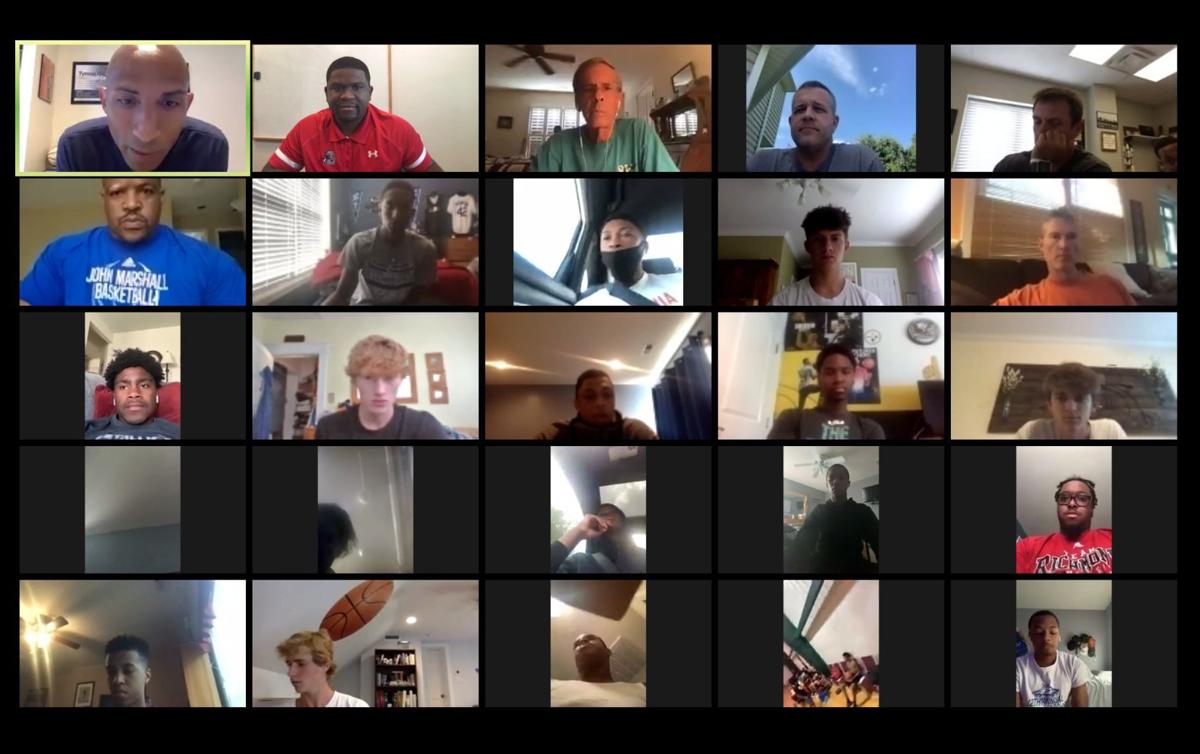 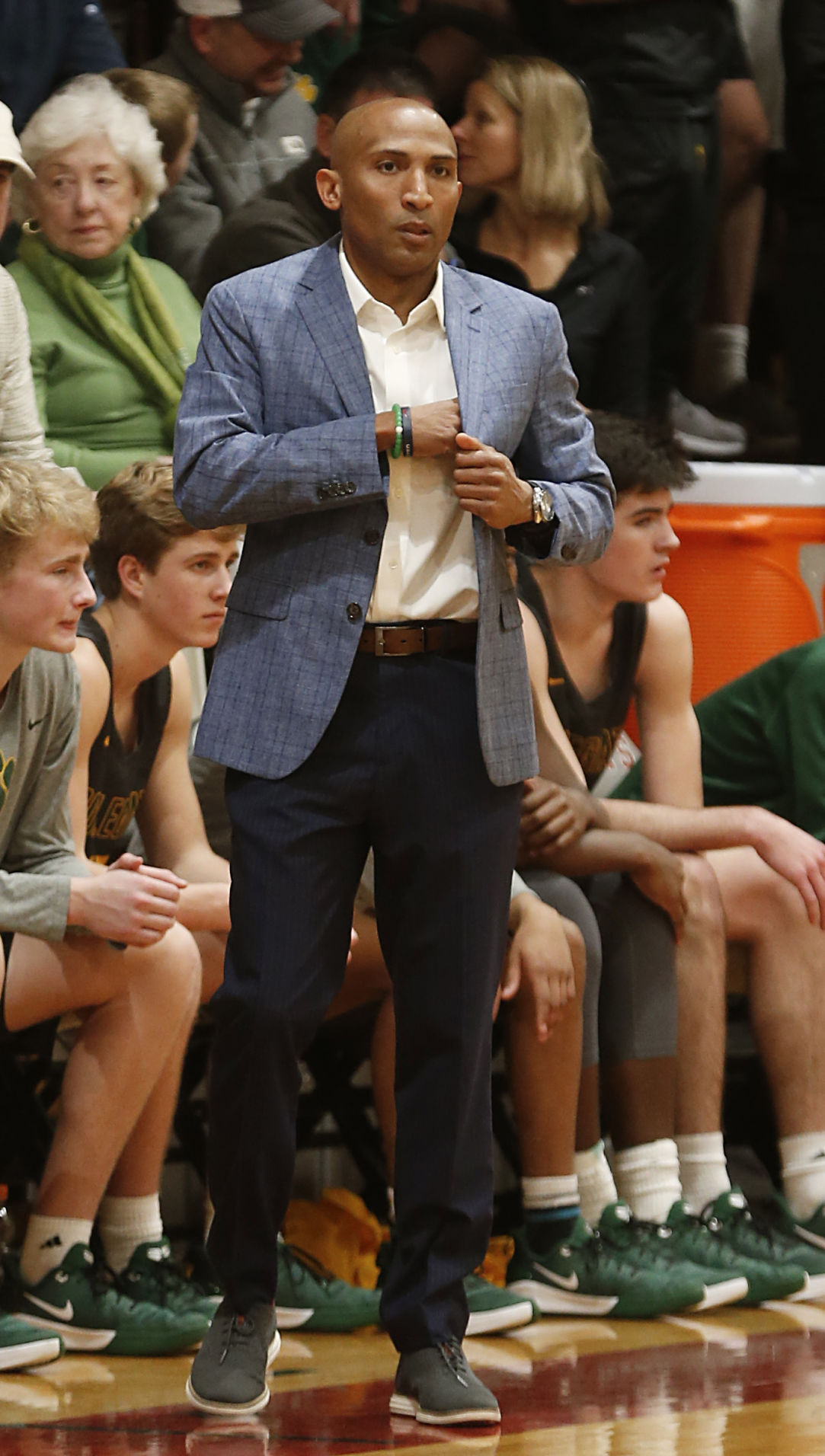 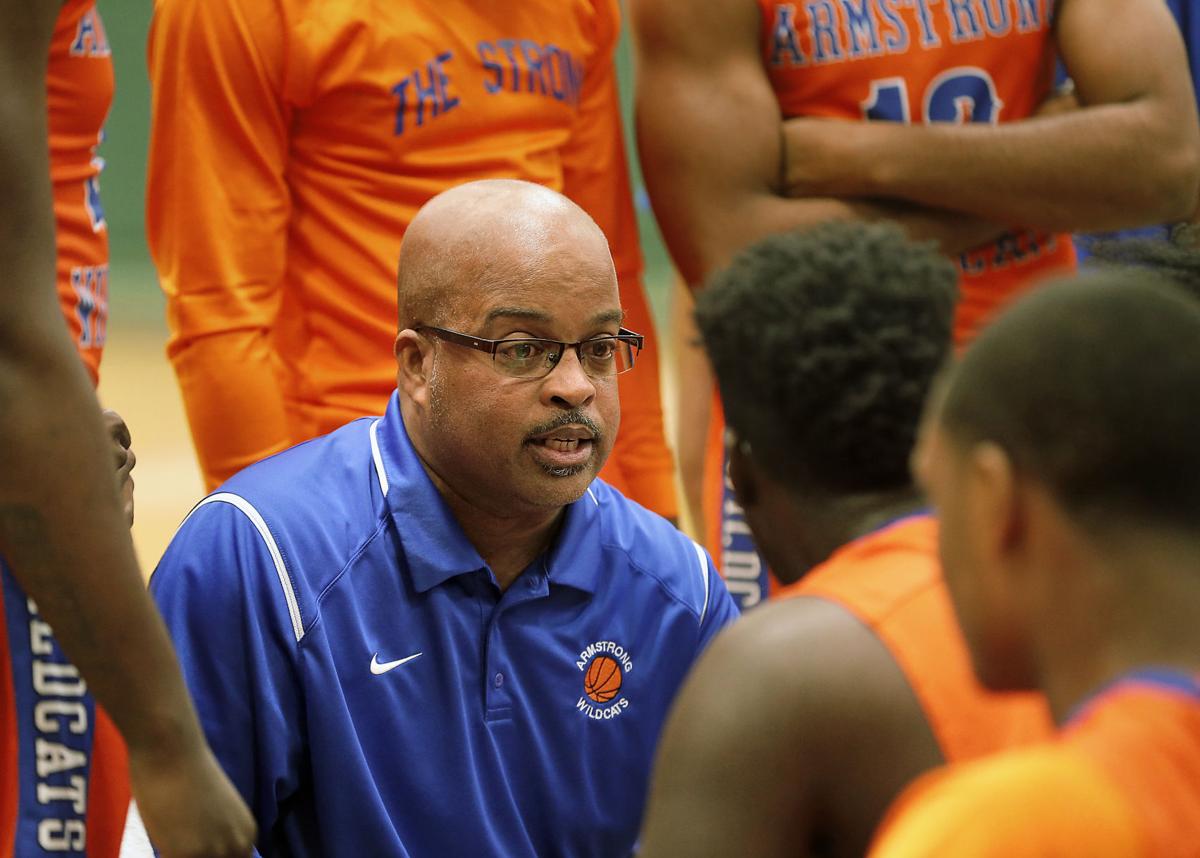 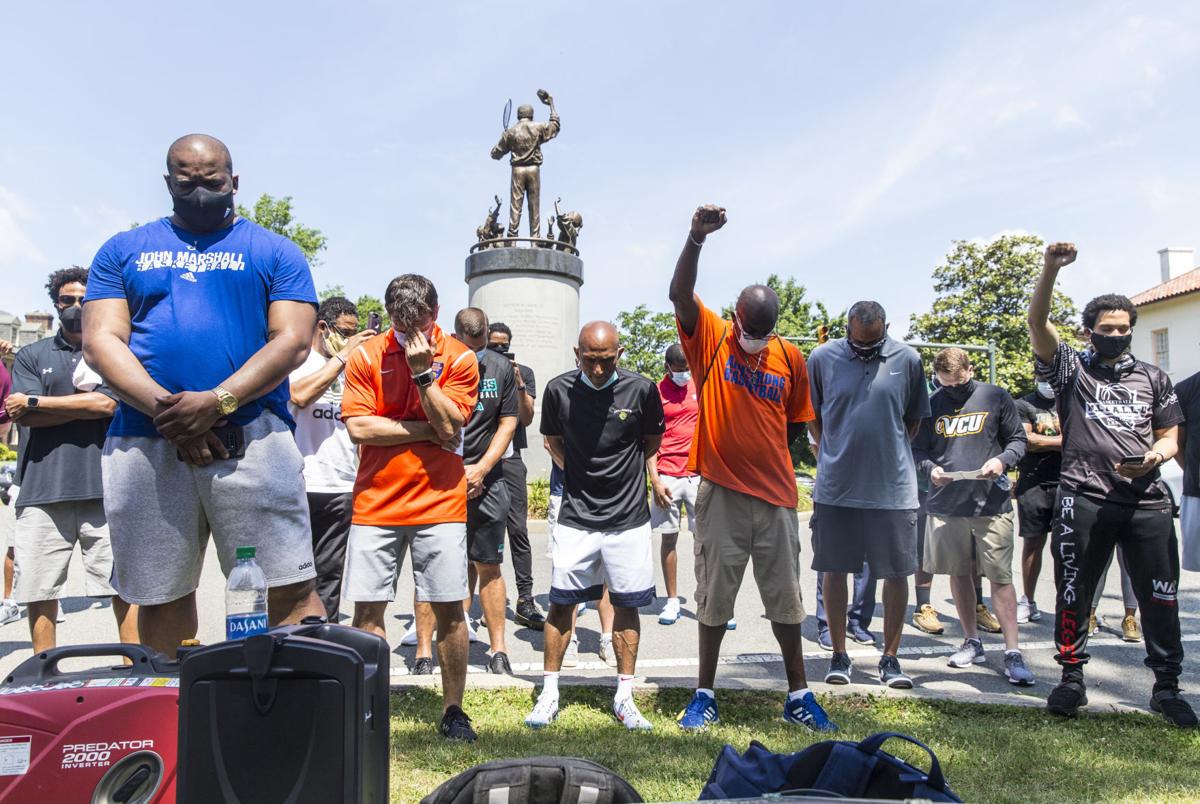 Coaches from all over Virginia share a moment of silence as they gather to support their athletes at the Arthur Ashe statue on Monument Avenue.

The initial, virtual meeting spawned a new group called 804 Coaches for Change. In the wake of the late-May killing of George Floyd and in the midst of the subsequent protests against racism and police brutality, the coaches established the group as a vehicle to provide a voice to and educate the players they serve.

The first big undertaking was a protest on Monument Avenue on June 6, which originated at the Arthur Ashe statue and ended with a march to the Robert E. Lee statue. At least 100 coaches, representing at least 60 schools and other athletic organizations, turned out for the gathering.

Stephen Lewis, a coach and athletic administrator at St. Christopher’s and one of the originators of 804 Coaches for Change, said the response the newly formed group received at that protest was overwhelming.

At the same time, Armstrong boys basketball coach Darryl Watts — another of the founders — wanted to ensure that it wasn’t one and done.

“That we had to keep pushing,” Watts said. “Trying to encourage change in our community, and throughout Richmond and throughout the state of Virginia.”

“It is very encouraging listening to the students speak about things,” Lewis said. “We learned as much from them as we hope they learned from us so far.”

Schools representing varying demographics were paired together for each meeting. Armstrong, Monacan and St. Christopher’s were part of the first, last Wednesday. The next day, Collegiate, Henrico and John Marshall joined up.

Nikkos Kovanes, a rising junior at St. Christopher’s, said it was good to hear other perspectives.

“I knew it was going to be a variety of people, so I can hear different feedback from different people,” said Jayvon Jones, a rising senior at Armstrong. “Which I ended up getting and which ended up being a good experience.”

There were about 30 people on each video conference, with a mix of boys basketball players, coaches and administrators. Among the topics discussed were the messages that NBA and WNBA players have worn on warm-up shirts and the back of their jerseys since play in their respective leagues restarted this summer; demonstrations during the national anthem, which have been seen in a variety of leagues this summer; and police brutality.

“I think it was good to start having those discussions,” said Riley Wood, a rising senior at St. Christopher’s. “Because I think that’s probably the best way to go about change, is to have real discussions.”

Lewis said that 804 Coaches for Change has heard from at least 30-35 schools that want to be involved in the CARE League. The executive board, which has met regularly since the protest in June, plans to meet Monday to discuss when the next meetings will be.

As the league continues, one hope is to have police officers hop on to try to help bridge the gap.

“So [the players] understand what to do when they’re pulled over or what to do when they have any interaction with the police,” Lewis said. “What the police are looking for, and then what the kids are feeling as they are in that situation. So hopefully that can help things moving forward.”

In other programming, the 804 Coaches for Change has published on Twitter a series of public service announcements proclaiming the importance of wearing masks in the midst of the COVID-19 pandemic and is exploring a possible group visit to the Richmond Slave Trail next month.

“They’re leaders and they’re truly the generation that’s going to make real change,” Harris said of the players. “There’s no doubt in my mind from the conversations that we first started.”

VIDEO: Coaches from all over Virginia gather to support their athletes at Arthur Ashe statue

Coaches from all over Virginia gather to support their athletes at Arthur Ashe statue.

Coaches from all over Virginia share a moment of silence as they gather to support their athletes at the Arthur Ashe statue on Monument Avenue. 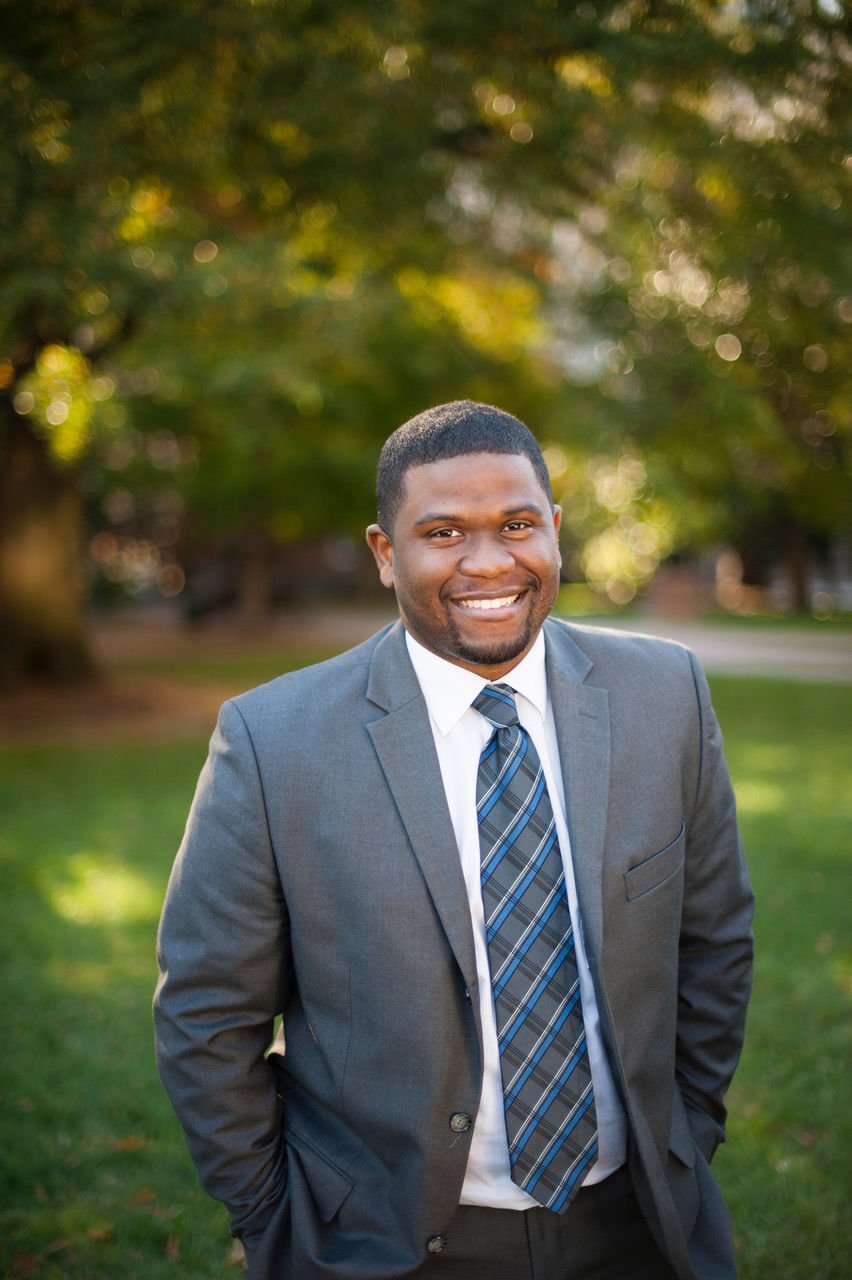